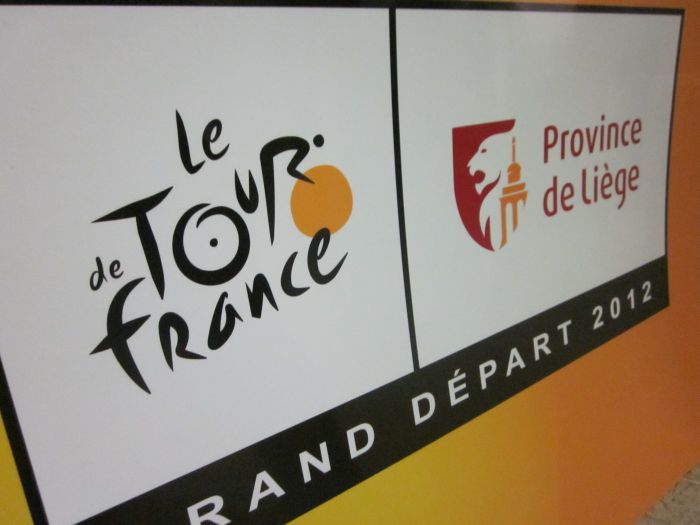 The Giro d’Italia announced the four teams invited to take part in the race last week. The choice of Team NetApp caused some controversy but that’s all part of the fun and I was pleased to see race direttore Michele Acquarone setting out the conditions before and explaining the timing and then commenting on the picks afterwards. And today we’ve learned of the six teams invited to the Tour of Flanders in April.

By contrast the wildcard picks for the Tour de France are a mystery. I’m told we’ll hear some time in February and the criteria for an invitation to the world’s biggest bike race are a mystery. Is a French exam involved?

Jokes aside, we can guess organisers ASO want some French riders in the race and also to invite some exciting teams for the race. With this in mind, here’s a look at the candidates for one of the four golden tickets this July.

First, a reminder that the top-18 teams get automatic entry. With FDJ back in the World Tour alongside Ag2r La Mondiale, two French teams are already selected. This will satisfy race organisers Christian Prudhomme and Jean-François Pescheux who need a large contingent of domestic riders to satisfy French TV audiences and draw crowds to the roadside.

Some of these squads have very little chance. Here’s my take on the main candidates:

Europcar
I could just put a picture of Thomas Voeckler in yellow and leave it at that. But don’t forget Pierre Rolland nor Christophe Kern. The latter was putting out big numbers prior to a crash early in the Tour de France. Even if repeating last summer’s surprise is almost possible, the Tour de France without Voeckler is almost unimaginable.

Cofidis
I think these are the second strongest contenders but it’s not so simple. They’ve fallen asleep in July in recent years and have not won a stage since 2008. Vuelta quadruple king of the mountains David Moncoutié is unsure of riding. The biggest talent is Rein Taaramäe but he’s not French. Samuel Dumoulin and Remy Di Gregorio are capable of stage wins.

Saur-Sojasun
A surprise pick last year for some, the reason was Jérôme Coppel, a rider just about capable of cracking the top-10 this year because he can climb and time trial. But his diesel style might not be wild enough for a wildcard, he was 14th last July but not very visible. The squad has other good riders for breakaways, for example signing Brice Feillu But if they’re contenders, they might have to wait for 2013.

Project 14Ti
Marcel Kittel’s big wins from last year are the equivalent of those steel rams used by police to smash open doors. With his talent the Dutch team can be confident of gatecrashing many a race this year. John Degenkolb is useful for the uphill finishes and don’t forget Frenchman Alex Geniez who has impressed ASO before. Despite not being French, I think they’re the most likely team after Europcar to get a ride. They didn’t get picked for the Giro but this makes July only more likely, they can save their best for July. And they seem to be counting on it, their promo video at the team launch features Marcel Kittel strolling along the Champs Elysées.

Team Type 1 – Sanofi
They’ve yet to have the results to justify a place but if NetApp can ride the Giro, this team can ride the Tour de France. In addition to the riders, there’s been a big lobbying effort by team management and the sponsor alike. Sanofi is a French pharmaceutical giant that has sponsorship agreements with ASO too. Note they’ve also recruited three Frenchmen in Antomarchi, Cusin, El Fares and even former French national selector Fred Moncassin has joined as a sports director.

The others
Bretagne-Schuller were touted as a possibility for a 2011 wildcard but this year’s race won’t visit Brittany and they didn’t impress enough when they rode Paris-Nice. The Belgian squads are largely built for the classics. The likes of Spidertech, Unitedhealthcare, Colombia-Coldeportes, Rusvelo and Champion System are outsiders, the organiser would welcome them because of the ability to reach new audiences. But access to the US and Russia is via Radioshack and Katusha and these teams don’t have big wins or must-have riders; Colombia’s best riders are with other teams. Farnese Vini and Acqua e Sapone could liven up the race but the former will be tired from the Giro and the latter probably don’t excite the race organisers enough.

Summary
Europcar look certain. As for the others, Project 1t4i are the most likely. Then I think it’s a scrap between Cofidis, Saur-Sojasun and Team Type 1 for the last two places but if each of this trio can liven up the race, none seemingly brings a major challenger for the overall or an obvious stage winner so it is hard to pick.

Next post: Why is the Contador case taking so long?

Previous post: A history of the Tour Down Under