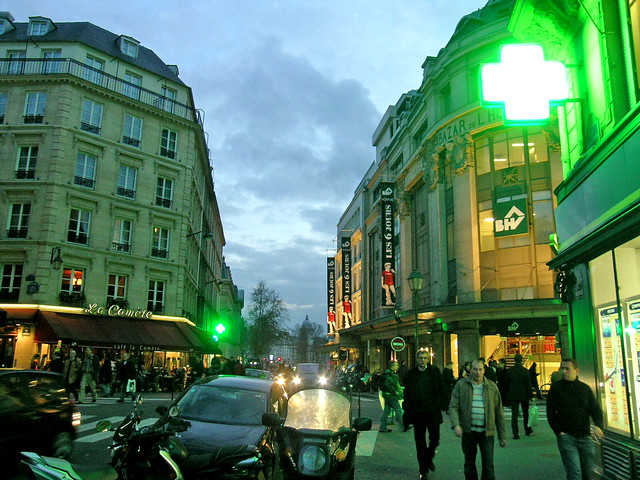 The French love their drugs. No, I’m not talking about le dopage. France’s is the country with more pharmacies than anyone else. There are 23,000 in the country, making them second only to France’s bakeries in terms of outlets. Only a law banning villages with less than 500 people from having a pharmacie stops the number from growing. The French are the largest consumers of pharmaceuticals in Europe. They spend up to 40% more on medicine than their neighbours and consume 40% more pills too.

France has a good healthcare system but there’s a cultural habit where a basic visit to the doctor results in the recommendation of prodigious quantities of medicine. A sore throat? Take some antiseptic lozenges, gargle mouthwash and here’s a spray to squirt at the back of your throat. Crash in a race and drop by the pharmacy for some antiseptic cream and you could leave with packets of gauze, painkilling cream and even latex gloves to help ensure a sterile application. For a graze to the knee.

What’s this got to do with food in Europe? Aside from the notion of Frenchmen swallowing pills than chunks of cheese it’s a look at the context of pharmaceuticals in society. In a nation where the reflex to gobble a pill is probably stronger than anywhere else on the planet you can perhaps understand why the general public might shrug at the idea of doping. If the French don’t have a problem with pharmaceuticals, perhaps they just want their sports to remain credible, with authentic contests.