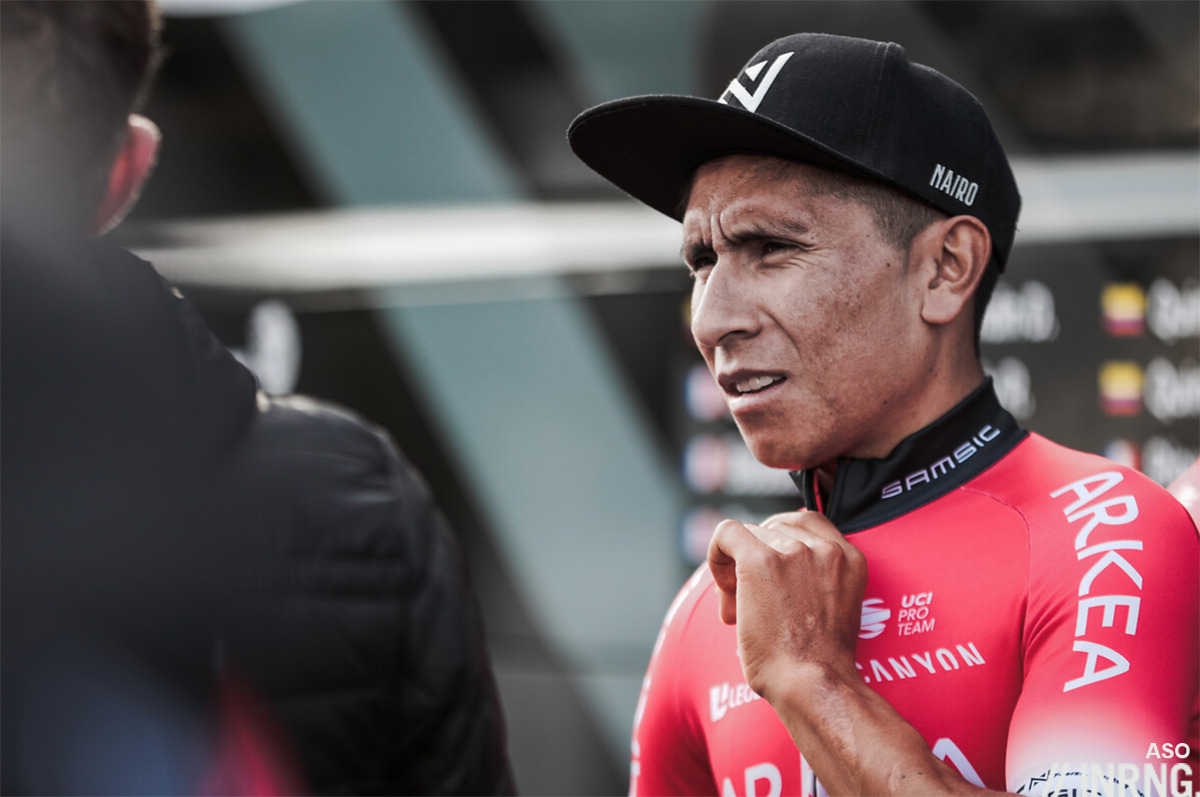 Nairo Quintana has been disqualified from the Tour de France following the presence of Tramadol in two blood samples taken during July. Tramadol is a pain-killing opiod that is not a banned substance but the UCI prohibits its use in competition.

Tramadol is a strong opiod painkiller, often prescribed for acute pain following trauma or recovery from surgery. Chances are many readers have experience of it and memories of being completely zorched by it; the instructions in the packet can advise against driving or operating machinery, so you can see why it could be banned in sport. It’s also got strong addictive qualities. 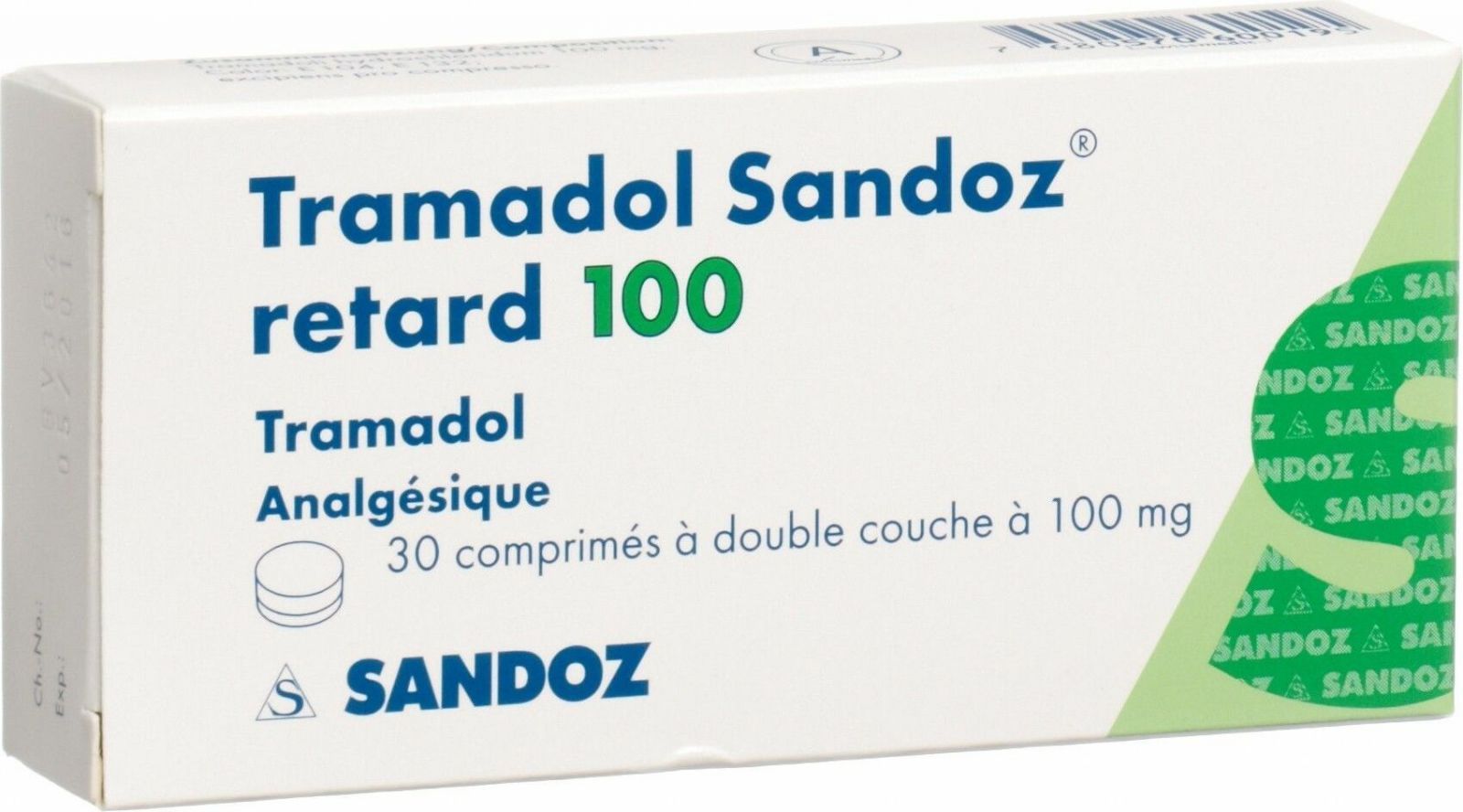 Anecdotally riders were using tramadol for two reasons, first to train and race through injury, to numb the pain somewhere so that they could keep on riding. But also for more direct doping effect, it was used to numb pain in the finish of a race and riders were countering the drowsy effects with strong doses of caffeine; there were tales of riders causing crashes but it was a factor rather than the sole cause. Ordinarily if you need such a strong painkiller you shouldn’t be racing.

David Lappartient made banning Tramadol an election pledge in his successful campaign to become president. But the UCI could not convince the World Anti-Doping Agency (WADA) to add to add it to the Prohibited List so instead cycling’s governing body decided to go it alone, just as it did with the “no needles” policy before that prohibits the use of intravenous methods to use legal product. The UCI decided to ban it in-competition from March 2019 and via its own rulebook and to instigate its own tests. This was a good thing to do but bold as it means the UCI is acting outside of the legal and financial umbrella of WADA, instead it’s just a UCI rule, it’s not an anti-doping matter.

Quintana was tested during the Tour de France by the UCI. They take a blood sample from the finger via a pinprick and the dried sample is tested. The UCI reports “two dried blood samples provided by the rider on 8 and 13 July during the 2022 Tour de France revealed the presence of tramadol and its two main metabolites”. Note the time between the two samples as apparently the drug has a half life of about seven hours in the body so two tests several days appart suggests repeat use.

The rule (13.3.068 Infringements of the In-Competition Prohibition of Tramadol) says on the first infringement a rider is disqualified, fined and must pay the costs of the test. Given the UCI rule says two samples showed the presence of Tramadol Quintana is lucky these are not being counted as separate infringements, presumably they are being treated as one because he could not be alerted and sanctioned after the first case (if there was a second infringement it comes with a five month ban).

It’s a big problem for Quintana on the eve of the Vuelta. This is one of those toxicology tests where it’s positive or negative, there’s not much room for a grey area, and two tests make explaining accidental ingestion harder, although we will await what he has to say as of yet there’s nothing on his social media accounts, nor from the team (update 6.10pm: the team have issued a statement which says nothing other than remind people of the rules), (update 7.00pm: Quintana says he will appeal, says he is totally surprised). Yesterday he announced a three year extension of his contract with Arkéa-Samsic, presumably on the back of his Tour de France performance but given this is now nullified, he may have some explaining to do for the team and its sponsors.

Arkéa-Samsic want promotion to the World Tour but Quintana’s disqualification means he and the team forfeits all the 450 points he collected in the Tour de France (400 for 6th overall, 50 for second place on Stage 11 atop the Col du Granon. They had been 14th in the three year standings as of 9 August (there’s no update on the UCI website this week: is someone on holiday; or did they need to publish the Quintana news first?) but arithmetically losing these points means they stay 14th but with now barely a cushion on BikeExchange, EF, Cofidis and Movistar. Promotion isn’t just about points either, it comes just as his team are submitting their dossier to join the World Tour which as well the sporting aspect (the points part), also contains an “ethical” criterion and there’s some explaining to do here, to put it midly.

Quintana could appeal to the Court of Arbitration for Sport, as is his right. There are two angles here, he can try to find fault with the procedural aspect of the Tramadol test protocols, things like the custody chain of samples and whether a mix-up was possible; or the laboratory procedure and whether it is flawed, prone to contamination and so on but note the two samples days apart, could both be handled incorrectly? Sure, theoretically yes but it would require double proof (update 7.20pm: posting on social media he has said this is what he’s planning to do, that the news of the positives was a surprise to him, he has never used Tramadol and will appeal) but any presence of Tramadol spells trouble the UCI rule here says “the mere presence of tramadol or its metabolites in a rider’s in-competition sample is sufficient to establish an infringement… …without consideration of the rider’s intent, fault or negligence”. The second angle is the grounds, can the UCI justify disqualifying riders for taking this opiate? This is a grey area as it’s not banned by WADA but it’s part of the rulebook alongside rules saying a rider can be excluded from a race for taking a short cut on the course or punching someone; but this second area would involve admitting he took it and good luck explaining how he got it during the race and his team will be nervous of him trying to take on the UCI.

Conclusion
Nairo Quintana’s sixth place in the Tour wasn’t quite a resurgence to past glories but it marked a return, his first top-10 in a grand tour since the 2019 Vuelta and it was almost everything his team could ask for, perhaps a stage win would have been the cherry on top. Now that’s all in the bin.

Repeat after me: this is not an anti-doping matter. Instead Quintana has failed a regulatory test set by the UCI for Tramadol, but one that comes with a hefty penalty, his sixth place in the Tour de France is now void. He can appeal here and we’ll have to wait and see what comes next.