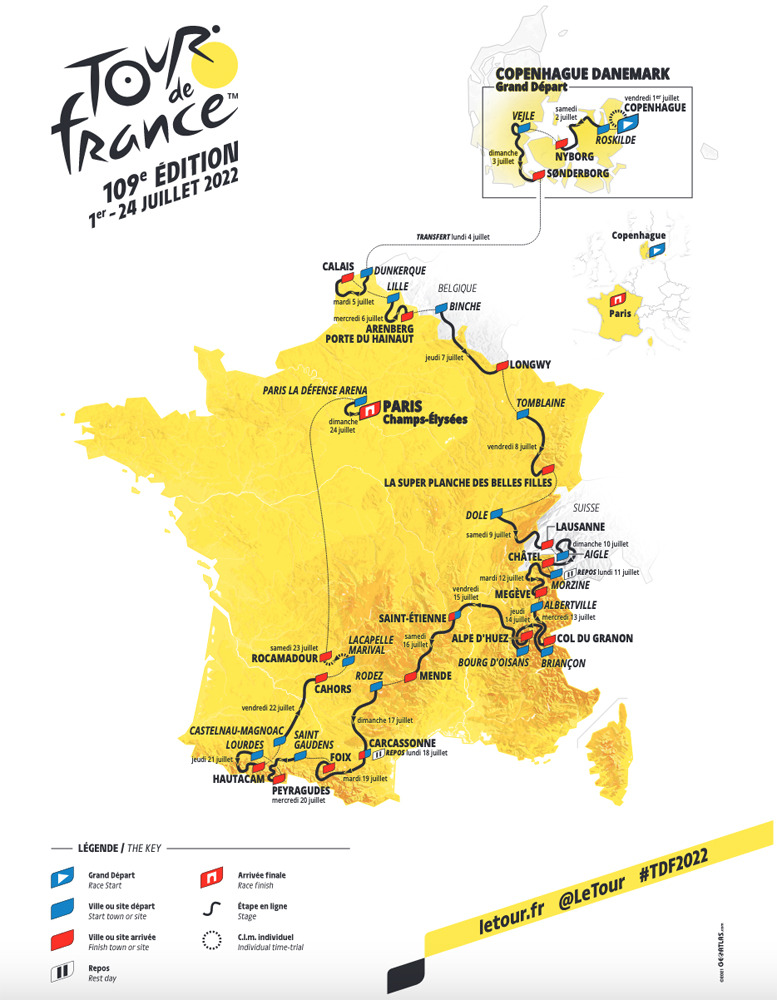 With one week to go, a reminder that the 2022 Tour de France guide is online, complete with stage profiles and comment on each day’s course, plus reference material on all the points and mountains competition, time cuts and more, handy if you want more detail ahead of the race or during it.

Just go to inrng.com/tour for the next four weeks. You’ll also find the link at the top of the page if you’re on a desktop, or on the drop-down menu for phone readers.