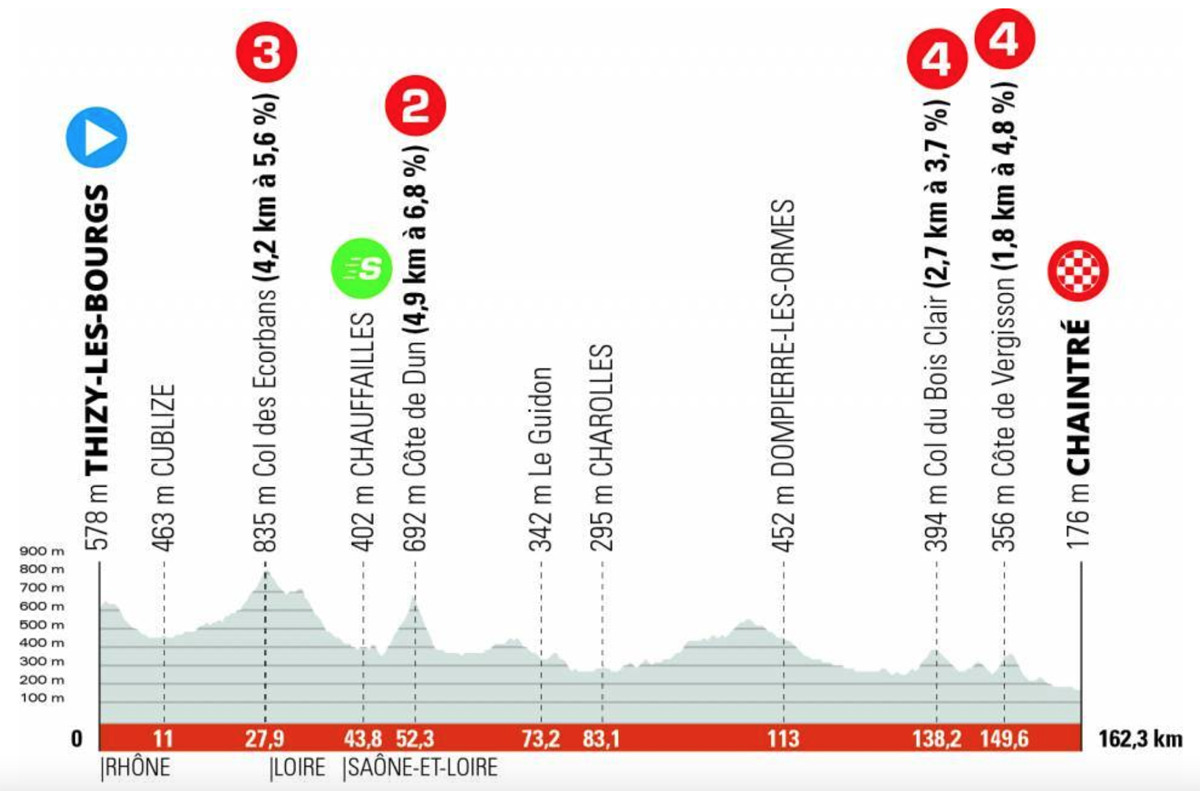 A sprint stage or not? Today’s course looks the most sprint friendly… but has plenty to enjoy with the “secret” wall of Dun, a trip to village called Le Guidon (“the handlebar”) before a hilly finish in white wine country near Macon with some climbs, marked and unmarked, that could spoil things for some of the heavyset riders. It’ll be windy in the finish too. 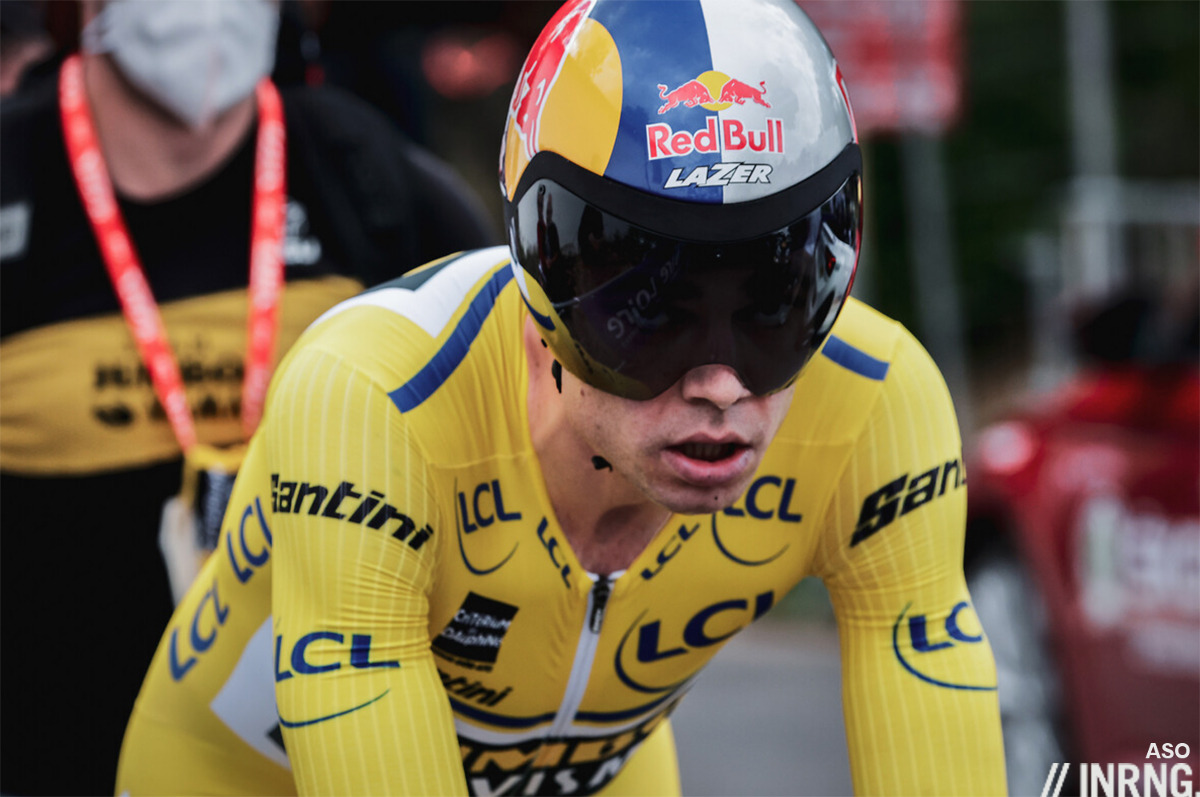 Le Battu d’Urfé: a win for Filippo Ganna but just, he was two seconds quicker than Wout van Aert who must feel frustrated at coming so close only this time there were no mistakes, his ride looked flawless and losing to Ganna was no surprise. Upsets of the day were Brandon McNulty losing over two minutes, partly due to a bungled bike change, and team mate Juan Ayuso finishing tenth, impressive for a teenager on a flat and relatively long course, certainly his longest TT so far. Primož Roglič had a fine ride and is now positioned as the best of the GC riders because as good as Van Aert is, the weekend’s mountains are too much. 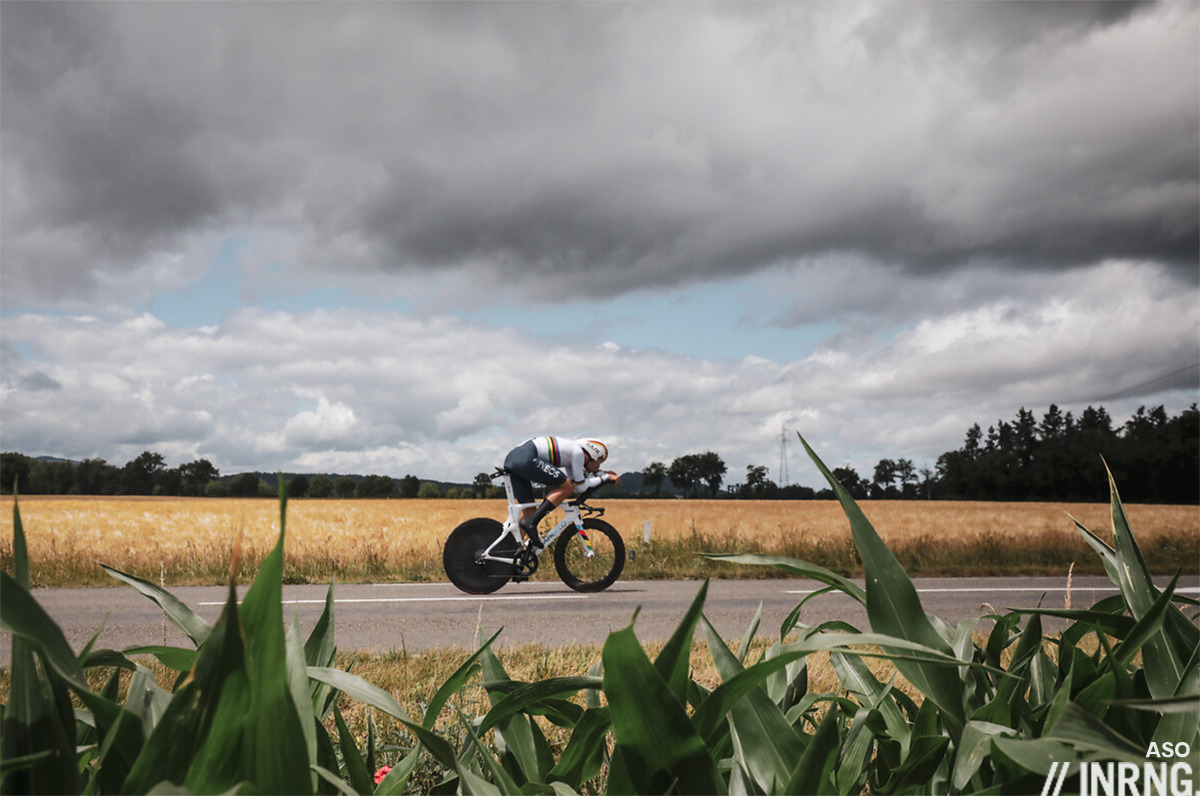 The Route: a start in the Beaujolais mountains, an area packed with medium mountain passes and this time via Ranchal to Ecorbans, a steady climb with 1.5km at 7% to the top. Then it’s across to the Loire valley and the nasty Col de Dun 5km at 7% but it starts gently before reaching 15-17% for the top, and all on a narrow backroad. It won’t blow the race apart but it is a nasty “discovery” by the organisers who could, should even, save something like this for another time when they can have a finish nearby.

At KM73 the race goes though the hamlet of “Le Guidon”, more of which below. Then the race goes across the Monts du Maconnais, and wine country, a land of Pouilly-Fuissé wines and home to the village of Chardonnay where the eponymous grape comes from. Here there are three late climbs, the Col du Bois Clair is the longest but easiest on a wide, regular road. Next comes the unmarked climb through Milly-Lamartine, 1.5km and with plenty of 8% as it twists up. Then it’s across towards the Côte de Vergisson (Col de Pierreclos for locals) which takes its name from the giant outcrop of rock above it and 2km of 5% on a small road. 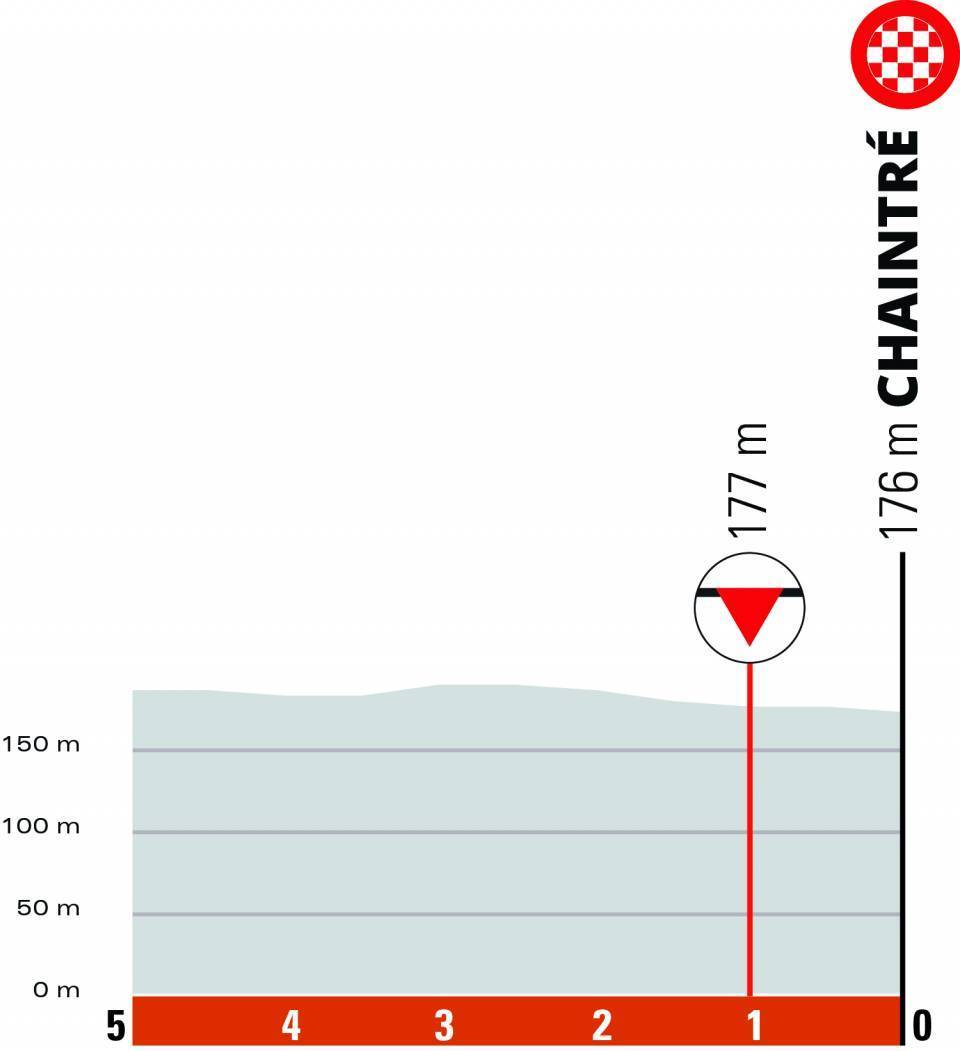 The Finish: there’s a quick and nervous descent through the vines to pick up the main road before a flat and straight finish on the edge of Chaintré.

The Contenders: Wout van Aert (Jumbo-Visma) should like this course, the climbs today will sap anyone faster than him in a straight sprint, ie poor old Dylan Groenewegen. Jumbo-Visma could try to ditch him on the climb to Dun but can hope the final Maconnais climbs in the finish will condemn the Amsterdamer. Likewise Ethan Hayter and Ineos can try for the same. Both teams will want to get a stage win but the Alps are looming, how hard can they ride today?

But it won’t be a formality and with the wind promising to blow things could get lively. Dylan Groenewegen (BikeExchange-Jayco) still has a chance but he’ll need the peloton to buy into this being an easy stage where the Dun climb is easy and there’s no unmarked surprise climb on the way to the finish but maybe by now he’s got his climbing legs.

Weather: mainly sunny but not hot, just 20°C. The wind could gust which might spice things up further, a NW reaching 40km/h in the vineyards later on. Wine country is touristy but the monoculture means little shelter, just vast exposed terrain. 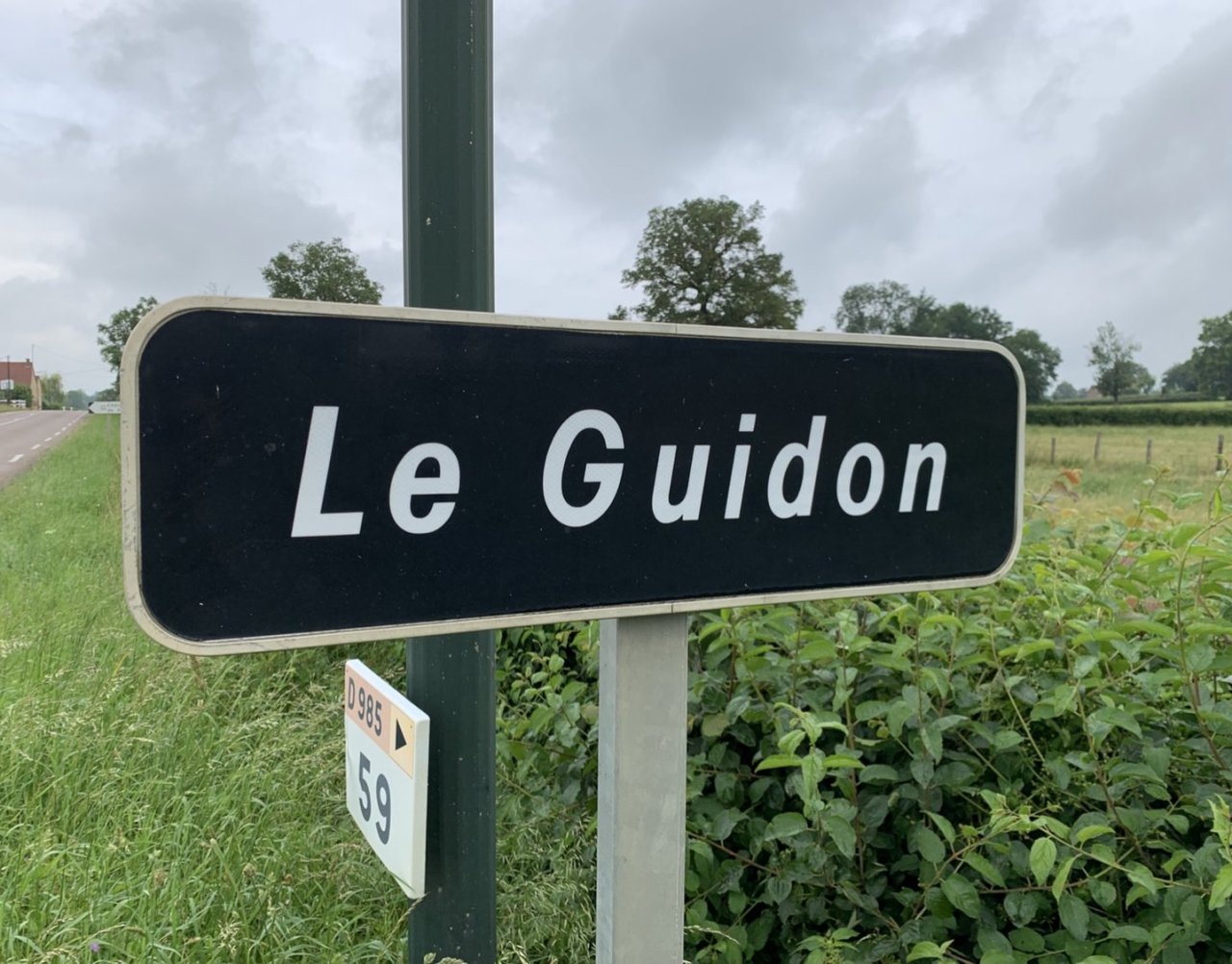 Local info: the stage goes through the tiny hamlet of Le Guidon, literally “the handlebar”, a linguistic coincidence for a bike race. But there’s more to it as this is where Bernard Thévenet grew up. He was a choirboy in a village church and one day the priest brought forward the mass so that people could watch the Tour de France go past. A young Bernard went to see the race go by and he was hooked, telling L’Equipe: “The sun was shining on their toe-clips and the chrome on their forks. They were modern-day knights.” Several years on he got a racing bike, entered a local race and won at his first go which would be great, only he’d kept his plans to take part secret from his parents as they wanted him to stay working on their farm. They were shocked to spot his name in the race results in the local newspaper. Bernard got the president of the local club to persuade his reluctant parents so he could attend a second race. The rest is history. 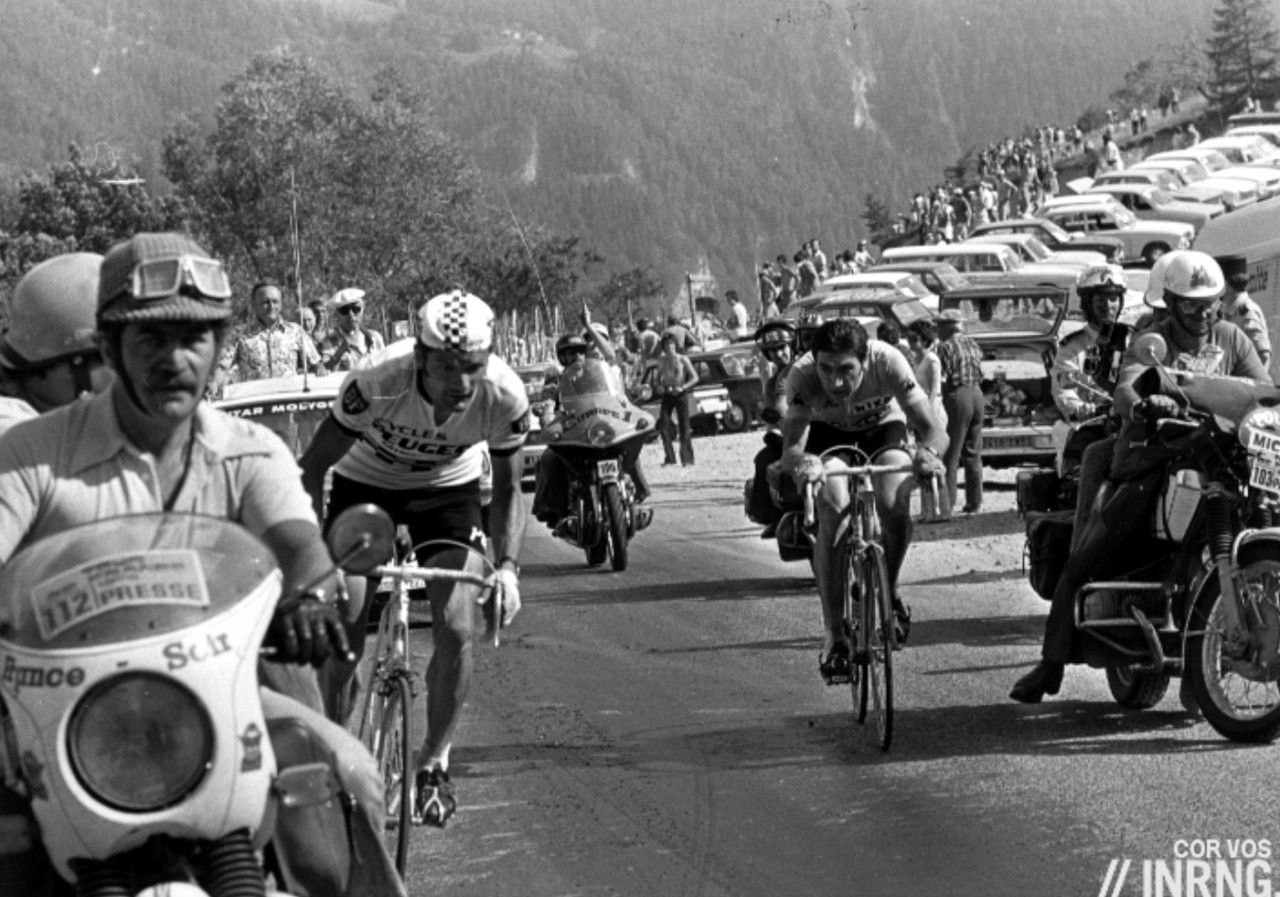 Thévenet ended Eddy Merckx’s wins in the Tour by sacking him in the 1975 Tour on the climb to Pra Loup, although that year was also about Merckx losing. Thévenet proved it was no fluke when he won in 1977 again, as well as taking the Tour de Romandie, the Volta Catalunya, the Dauphiné and more during a solid career. But it wasn’t all so easy, in between the highs were lows where he blew up spectacularly in races and confessed at the time to using cortisone. It wasn’t a banned substance at the time but the abuse messed up his endocrine system. His confession at the time was written up as refreshingly honest even if he threw his team management under the bus, but he stayed loyal to the Peugeot team all this time. In retirement he became a team manager for a while, worked as a TV commentator, lent his name to a clothing brand and became the organiser of the Critérium du Dauphiné. In recent years has been an ambassador for the race to meet and greet sponsors and politicians where his likeable manner and ready smile must work its charms. 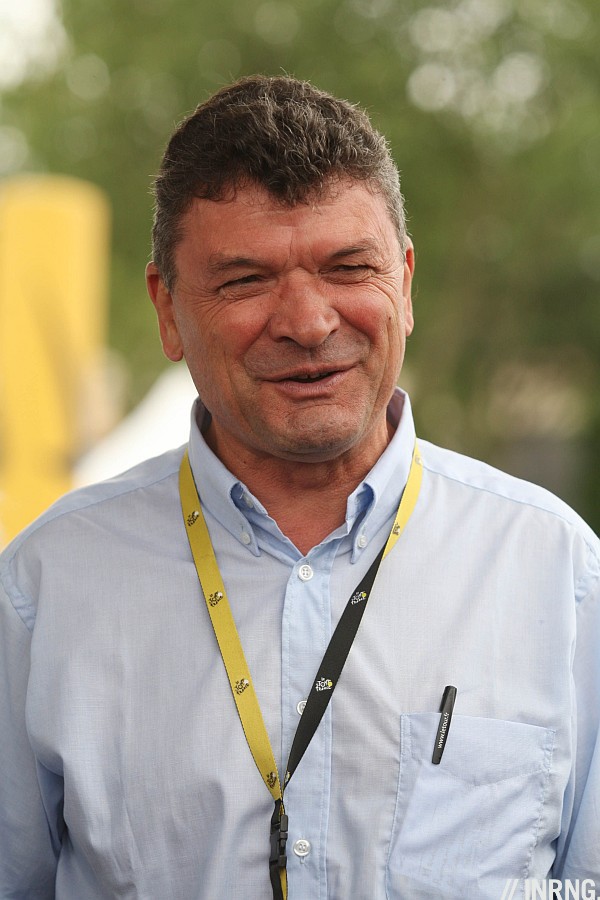