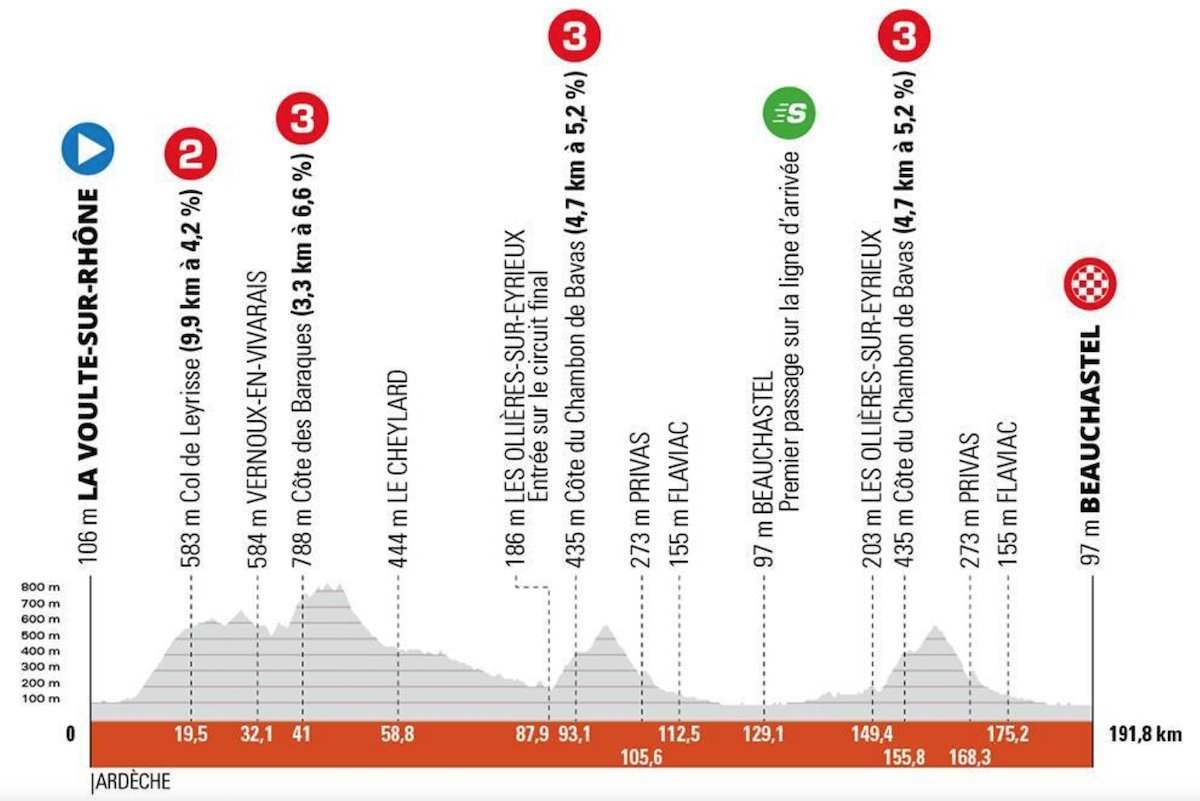 The Dauphiné starts with a hilly opening stage in the Rhone valley, with enough climbing to spoil things for some of the sprinters.

Beware the early finish as today’s the only time the race overlaps with the tennis at Rolland Garros and the tennis gets scheduling priority.

The Route: 192km between the Rhone valley and the Ardèche hills and 2,500m of vertical gain. After a roll out alongside the river it’s inland for the Col de Leyrisse, a big wide road and a chance for the breakaway to go clear, someone can take the mountains jersey by winning the first two climbs of the day, the second leads to the Col des Nonières and a long descent to Le Cheylard. Soon after it’s onto a large circuit to take the climb to Chambon de Bavas and then further up to the Col du Moulin à Vent so while the official climb is 4.7km at 5.2%, there’s soon after 4km on top of this. Then it’s down to Privas and along the valley to cross the line before going for another loop with the Bavas-Moulin climbs. 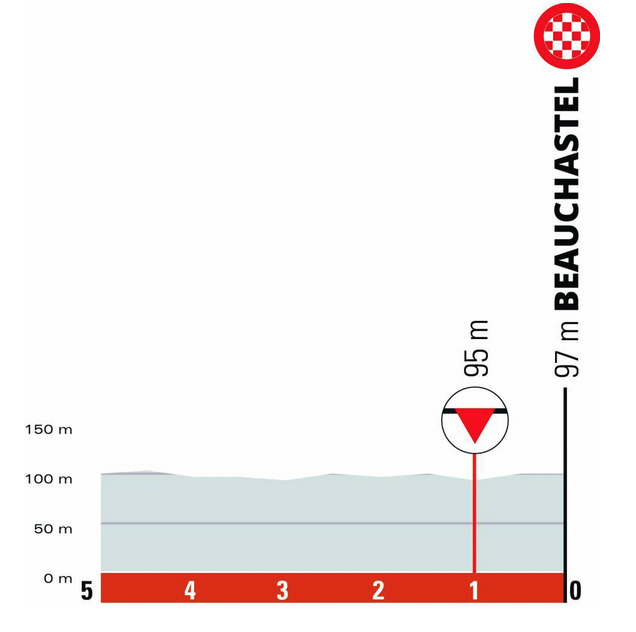 The Finish: a big wide road alongside the Rhone river, it’s not totally flat but almost and there’s some street furniture until just after the 2km point, then a clear run to the line. 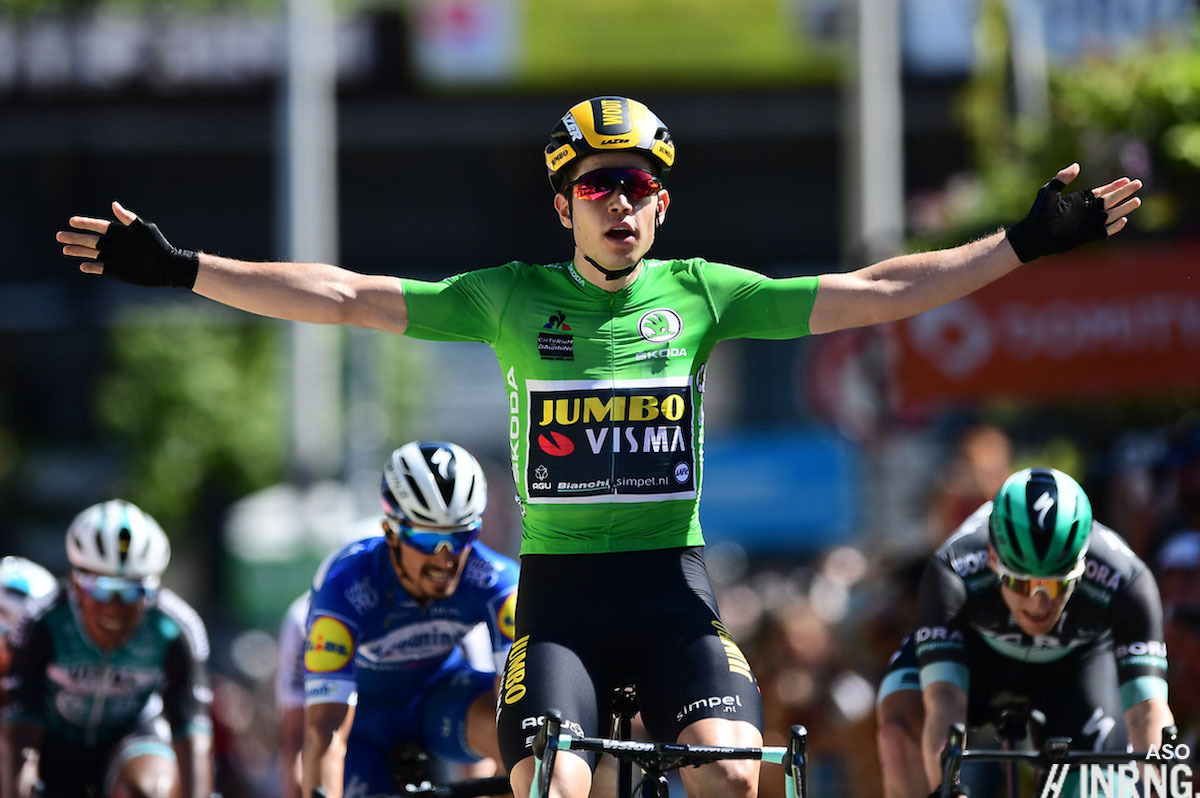 The Contenders: breakaway or a bunch sprint? The opening stage of the Dauphiné has suited the breakaway in the past, Brent van Moer won a year ago on a hilly stage but it’ll take strong riders like him to hold off the bunch because there are several riders who can handle today’s climbs and then clean up in the sprint.

Wout van Aert (Jumbo-Visma) is an obvious pick but he’s not got a team of rouleurs to control the race all stage long. Ineos do and can put their hopes in Ethan Hayter. Both teams have an incentive to up the pace as they can burn off the sprinters but there’s a lot of flat roads in between, it’s one thing to push the pace on the climb, another to keep at it for 40km to keep them away.

So can the heavyset sprinters make it over the climbs? Not easy but the climbs today aren’t steep and with some help from team mates they can do it. Dylan Groenewegen (BikeExchange-Jayco) is the best sprinter in the field but the course and heat don’t suit. Phil Bauhaus (Bahrain) comes out of the Giro where he had a second place. Bora-hansgrohe have Jordi Meeus and Matthew Walls who are both quick but it’s harder to pick between them.

Weather: hot and sunny, 33°C and the wind could get up, it’ll blow from the south meaning a tailwind sprint but a crosswind in the hills. 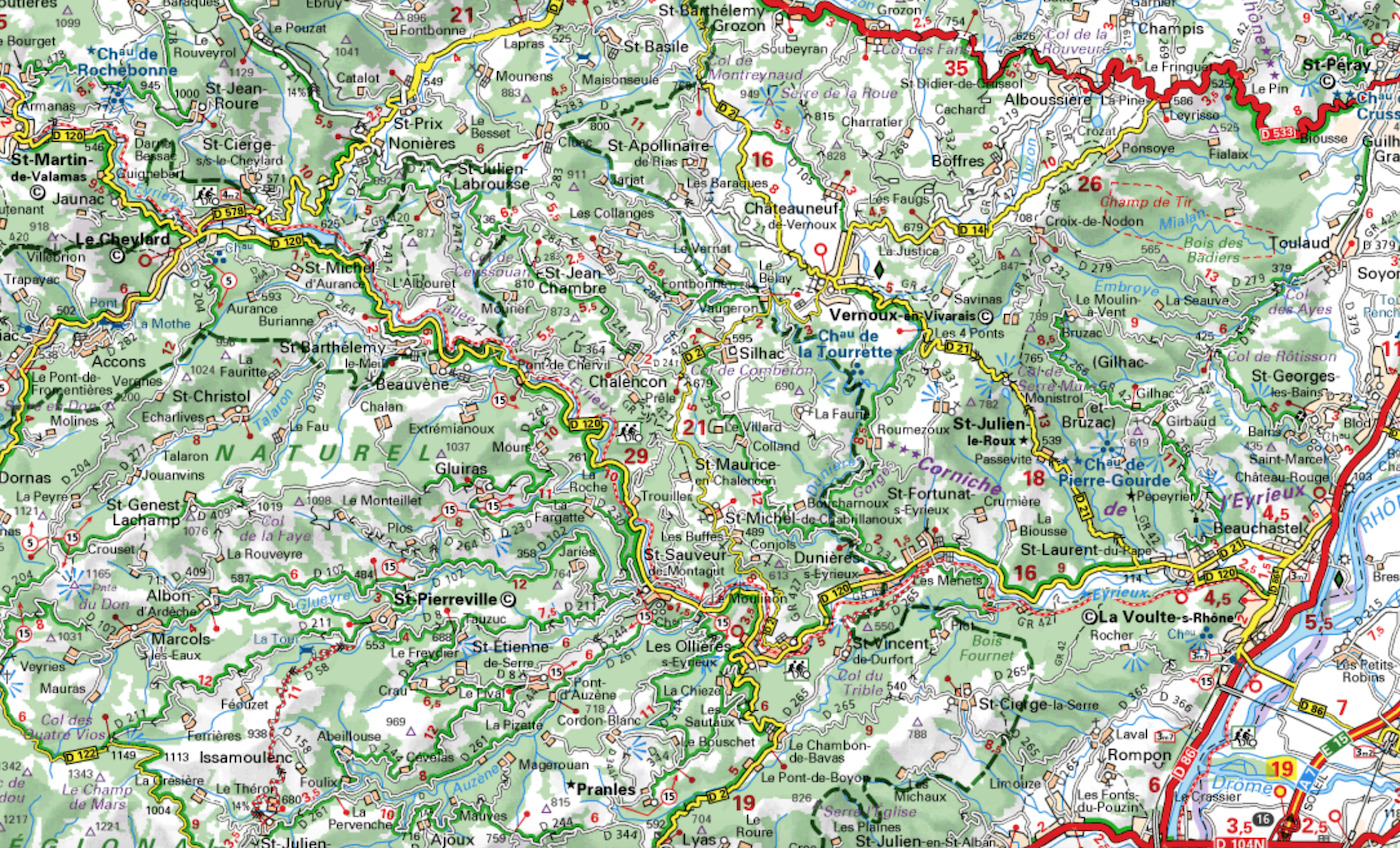 Local info: today and tomorrow see the race cross the Ardèche, an empty part of France but busy for cycling as it hosts the early season Faun-Ardèche classic – won by Brandon McNulty this year – as well as the Tour cycliste féminin international de l’Ardèche, a long name but longer-standing race as it goes back to 2003 to make it one of the older stage races on the women’s calendar and the list of winners is a list of champions; it’s also seen Olympic champion Anna Kiesenhofer twice on the final podium, a reminder that her win in Tokyo wasn’t quite the upset it seemed to be in the moment. The area’s biggest cycling event is the Ardèchoise, a big amateur cyclosportif event that in 2016 got over 16,000 participants. It’s an otherwise empty area with a lot of quiet roads, most of them hilly and twisting as the screengrab of the Michelin map above suggests… except for the finish today by the Rhone.