Last year the breakaways were going away and staying away but this year it’s been harder for a move to stick. This might change today. 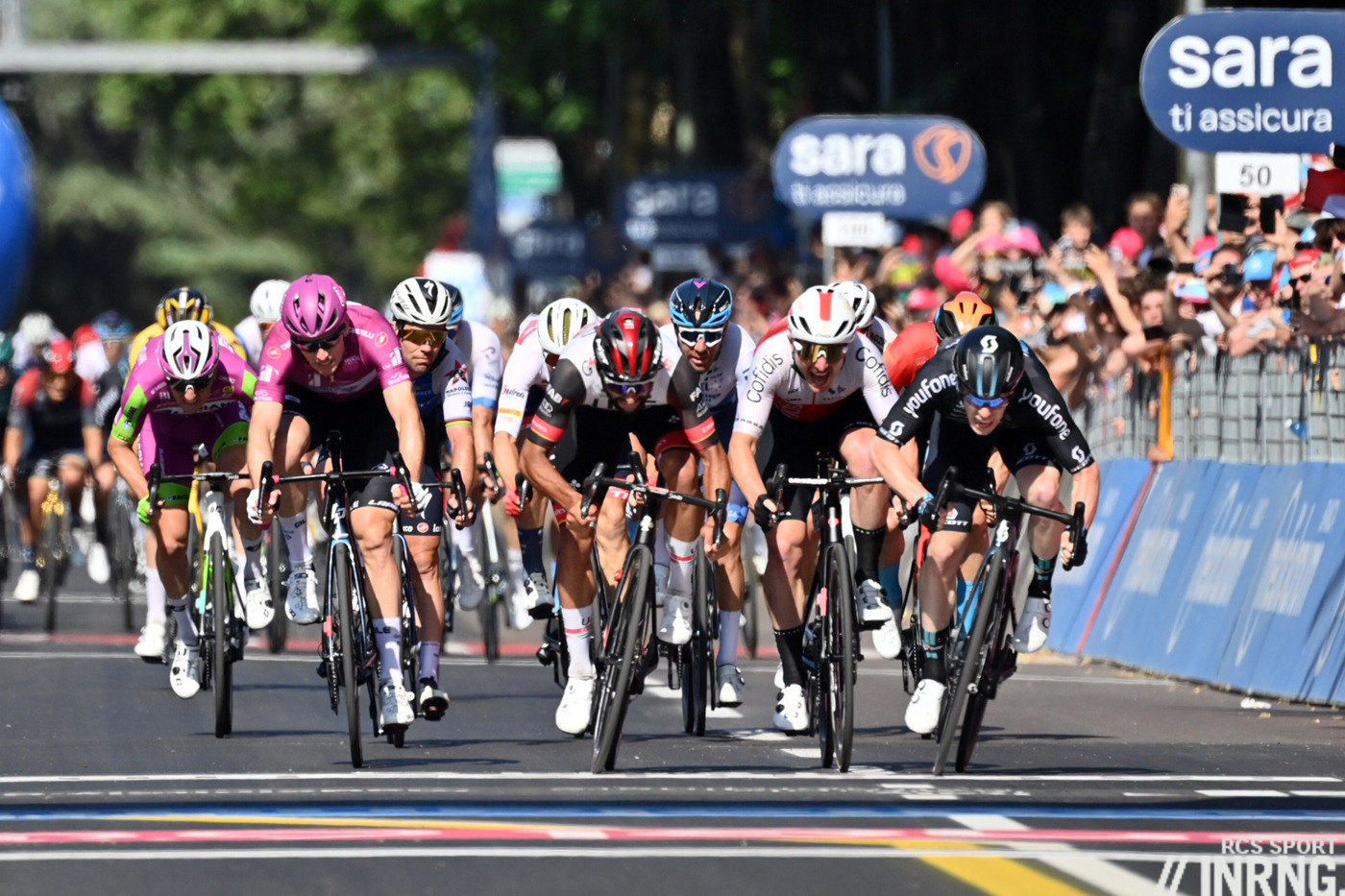 Stage 11 Review: the longest stage as measured by distance but in terms of time it went by quickly thanks to a tailwind and a nervous peloton, a 47km/h average speed. Then a sprint win for Alberto Dainese ahead of Fernando Gaviria and Simone Consonni, ahead of the “big” trio of Arnaud Démare, Caleb Ewan and Mark Cavendish. A surprise winner but if anything the surprise is it took this long as Dainese was among the cream of the U23 riders, turning pro aged 21 after collecting all sorts of results and interestingly as an Italian export to the Dutch SEG team rather than stay at home and win from the ample domestic calendar and he won the U23 European championships. In 2020 he turned pro aged 21 and got an early win in the Jayco Herald Sun Tour but it’s been a two year wait for the win.

After yesterday’s win with Girmay as the first for an Eritrean rightly got a lot of coverage, a home win in Italy helps too. Even the La Gazzetta Dello Sport newspaper isn’t covering the Giro that much, they have only one journalist at the race and he’s doing a valiant job but it’s often just three pages, despite Gazzetta being owned by RCS which runs the race.

The Route: when the route was announced late last year this stage had a tricky finish but it’s been revised and the climbing isn’t so hard. It’s still a long day for this year’s Giro at 202km and goes via the Passo Del Bocco, as the profile shows a gentle climb and then a steeper descent, passing the memorial to Wouter Weylandt who died here in 2011.

The next climb to Boasi isn’t steep, it’s got a lot false flat rises on the way up but a few steeper portions, the descent off the top is via a wider road.

The climb to Trenasco is the hardest of the day, 4km at 8% and often on a small road, it could be like something out of the Tour of Lombardy. From here there’s still 30km to go and the race goes via the San Giorgio bridge, built after the Ponte Morandini disaster and it’s a big autostrada section to promote the new bridge but it may be less of an advert for the sport here.

The Finish: once in the city there’s a slight 2% rise to the line.

The Contenders: a good day for the breakaway, the question is whether Mathieu van der Poel goes up the road because if not his Alpecin-Fenix team might be tasked with trying to pull back any move to set things up for him as he can get over climbs that will be ruinous for the sprinters. Ideally he does go in the move as it’ll imply a bigger move rather than one of those days where two riders from wildcard teams are obliged to do something.

Lennard Kämna (Bora-hansgrohe) had a great first week and while he’s out of the GC race, he’s only eight minutes down so is at the risk of being chased by Trek-Segafredo who could send Bauke Mollema as well. But neither are known for their finishing skills and the big roads and flat finish won’t help. Diego Ulissi (UAE) is and is an easy pick, likewise team mate Alessandro Covi, similarly Andrea Vendrame (Ag2r Citroën) , Magnus Cort (EF Education) and Mauro Schmid (Quick-Step). Thomas De Gendt (Lotto-Soudal) must be feeling more confident now too.

BikeExchange-Jayco have to go stage hunting now but at least have the luxury of a stage win already. Simon Yates probably has a better chance in the mountains to come

TV: the stage starts at midday and the finish is forecast for 5.15pm CEST. Tune in from 4.00pm onwards you’ll get the approach to the Trenasco climb.