The Giro begins with a road stage that’s all about the uphill finish at Visegrad. Who will take the maglia rosa?

The Route: normally Budapest to Visegrad would be a short spin north along the banks of the Danube, Europe’s second longest river. But in order to make it 195km, there’s a long loop out to Székesfehérvár – “white castle” and coincidentally the birthplace of the Hungarian prime minister – before tracking north and riding alongside the Danube. It has all the hallmarks of a 190km parade followed by a 5km uphill race but of course there will be an early breakaway to target the intermediate sprint and things will get more frantic the closer the finish gets, the bunch more and more nervous despite the often wide roads. 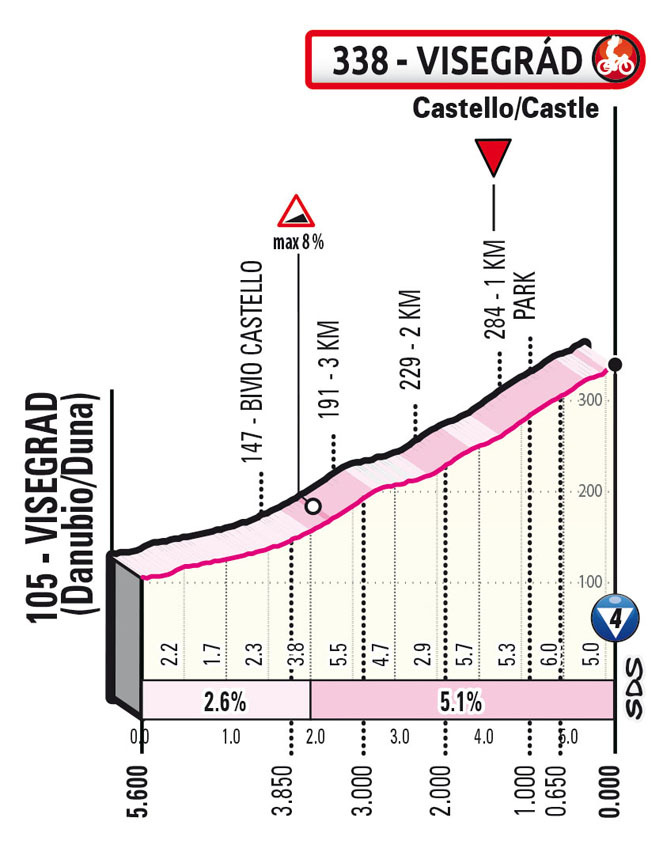 The Finish: the course turns right in the town of Visegrad to head up a small side valley. At first it’s just a ride out of the town, then the road narrows a touch. With 4km to go there’s a turn to the left and this is where the slope pitches up. It averages 5% but there are moments of 7-8% and also some flat portions midway. Overall it’s a fast climb on a wide road, the hairpins run large and suggest there will be Poggio-like moments where riders might be forced to brake. 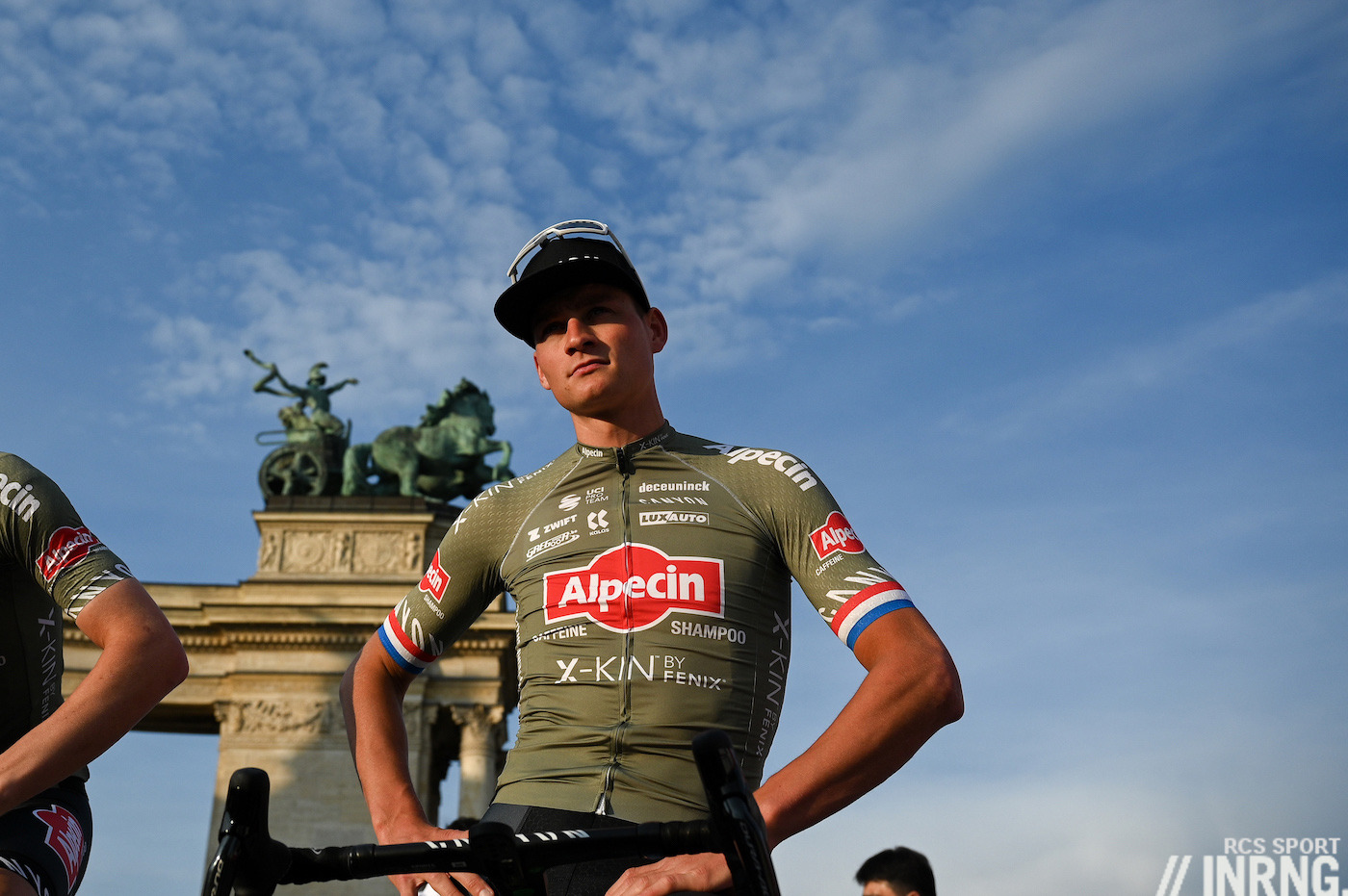 The Contenders: the final climb is likely to be ridden so fast that surfing a slipstream will count for plenty. This gives sprinters a chance, better this than a stop-start race that could make life harder for heavier riders having to close down moves. Mathieu van der Poel (Alpecin-Fenix) has the finishing kick to win here and can cope with a sharp climb too, he must be everyone’s pick but remember he was expected to win Stage 1 of the Tour de France last July only to finish 20th, although the Fosse Aux Loups climb was different, shorter but much steeper at the start and he was out of position going into it. This isn’t his ideal finish, it’s perhaps couple of kilometres too long but “it’s not as steep as I thought” he said.

Caleb Ewan (Lotto-Soudal) who could be in the mix, among the pure sprinters he’s also handy on the hills but holding on for five kilometres and then sprinting is asking a lot. We’re still discovering what kind of rider Biniam Girmay (Intermarché-Wanty) can be. He has the punch for short climbs and sprints well but he’s just turned 22 and mastering a finish like this can require some practice. Magnus Cort (EF Education) has the experience, and the wins to show for it, but has he got the form after a troubled start to the season, cracking his collarbone in Tirreno-Adriatico.

Now come a second wave of lighter riders who should be there in the finish and will hope the names cited above have been asphyxiated by the climb so that they can launch. UAE bring Diego Ulissi and Alessandro Covi and the former is wiser from experience, the latter probably superior in pure talent. Alejandro Valverde (Movistar) would have been The Pick 10-15 years ago and he’s still a contender today. Pello Bilbao (Bahrain) is a pick too. Simone Consonni (Cofidis) is an Italian version of Bryan Coquard, as in a lightly built sprinter but alas also an infrequent winner.

Normally Quick-Step would have a rider made for uphill finishes but not this year, Mauro Schmid might be their best bet. Andrea Vendrame (Ag2r Citroën) would prefer to win among a small group while Vincenzo Albanese (Eolo-Kometa) can feature.

The local is Attila Valter (Groupama-FDJ) who is good on uphill finishes but for all he and the Hungarian media will have been looking forward to today, it can be a burden too, plus this finish has few secrets and all the contenders for today will have done their recons. Team mate Arnaud Démare is a big rider but can cope with longer efforts on the climbs, if it was 2km he’d be a strong pick so perhaps he’ll be using his shoulders to shield Valter.

The GC contenders just need to avoid losing time and the best way is to be at the front. There’s no three kilometre rule today so if riders jostling for position cause a crash or a blockage nobody wants to be on the wrong side of this. Which means everyone will fight for position, heightening the crash risk. Now actually winning the stage might not be ideal, sure there’s a time bonus but for those wanting the maglia rosa in Verona, ten seconds’ gain today isn’t worth the bother of all the media duties and having to put the team to work. Still Simon Yates (BikeExchange-Jayco), Richard Carapaz (Ineos) and João Almeida (UAE) have the right kind of finishing skills.

Weather: 24°C and mostly sunny, but with clouds could swell up, there’s a chance of a shower or even a thunderstorm later in the race.

TV: the stage starts at 12.40pm CEST and the finish is forecast for 5.15pm CEST. Tune in from 4.30pm onwards to watch the Danube dash as tensions rise.