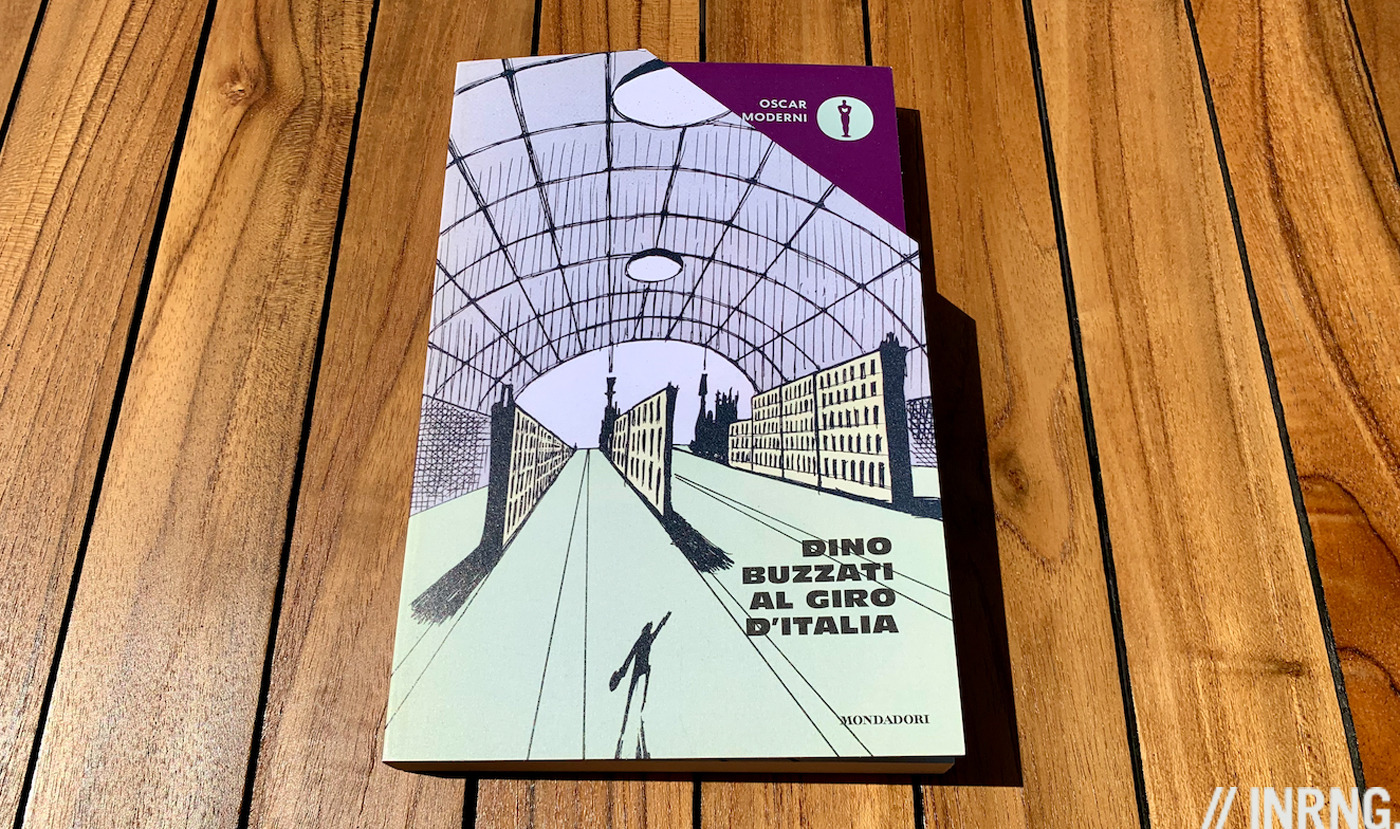 With a rest-travel day in the Giro, why not pull out a book whether you’re travelling or looking for something to replace the TV coverage for a day? Dino Buzzati’s account of the 1949 Giro d’Italia stands the test of time. A writer dispatched as a special correspondent it is as much the story of Italy and its people as it is of the race where Fausto Coppi and Gino Bartali duel. Many of the Giro’s sights and sounds from 1949 often find a reflection or an echo today.

It’s been translated into English, Spanish, German and French so many readers can enjoy it.

Dino Buzzati is celebrated as a 20th century novelist for works such as Il deserto dei Tartari – the Tartar Steppe in English – he was also a journalist for the Corriere Della Sera, a newspaper. He’d been their war correspondent and was their special envoy sent to cover the 1949 Giro d’Italia alongside in-house sports reporter Ciro Verratti. “At the Giro d’Italia” is the collection of his columns from the race that year.

Buzzati is clear from the start that he’s never seen a bike race before and asks aloud what might become. With a colleague tasked with writing the race reports, he’s free to explore whatever catches his eye. Now a procedural account of the 1949 Giro race might still be interesting given this has become a mythical edition, but here Buzzati can touch on the racing but also describe his country, the people and much more. When Buzzati spots a smile on Bartali’s face it’s as telling as anything his legs could do. The results of each stage are published at the back of the book but it never feels important to read them.

Buzzati’s not the first writer sent to cover a bike race. Albert Londres was famous for it and playwright Antoine Blondin had a parallel career as a columnist for L’Equipe every July. There are touches of both as Buzzati is in awe of those who traverse Italy “by the force of the legs”, but there are many gentle observations à la Blondin. Being an outsider allows for simple observations that insiders overlook, being a writer allows him to craft these observations into playful prose. A time trial becomes “the only race where the last arrive first and the first arrive last” and there are paragraphs about Italy’s borders, patriotism, celebrity or what the race looks like when viewed from afar that are a delight to read. The column about Serse Coppi and who, and what, is a gentle tribute, as good as any of his observations about Gino Bartali and Fausto Coppi across the three weeks.

The more of the race Buzzati covers, the more he gets into the sport. At first he’s more interested in the crowds by the road, or the travel, a “pilgrimage from one trattoria to the next” . But he’s hooked by the racing eventually to the point that he writes about a fine day’s sport on Stage 10 while lamenting that all the so-called experts of the sport are more interested in the following day’s mountain stage in the Alps to Bolzano because of the Coppi-Bartali match rather than the action in front of them.

The Giro d’Italia has become a palimpsest where each edition writes a new story on top of all the past years, the 2022 edition can’t exist without all the precedent editions. To read about the 1949 edition during the 2022 race is to see the comparisons. So little has changed: a trip to Sicily, many of the same mountain passes, even the same stages with a Sanremo to Cuneo via the Colle di Nava in each edition. So much has changed: Buzzati notes the Giro’s visit through Cassino, scene of huge bombardments and a place where nobody was at the windows to wave the race past because “the windows were missing, even the walls were missing where the windows should have been”, although these scenes are happening a day’s drive way in Ukraine. It’s a reminder that Italy’s a relatively new country, especially in its undivided form today.

There’s nostalgia in the book for the old days of Girardengo, just as today’s Giro evokes Coppi and Bartali, and Marco Pantani. The race is faster than ever, we might lament how today’s cycling can have technical aspects worthy of motorsport at times, but Buzzati also witnesses a “galloping” and “electric” stage ridden at… 37km/h. The story of the race should always count more than the speed. 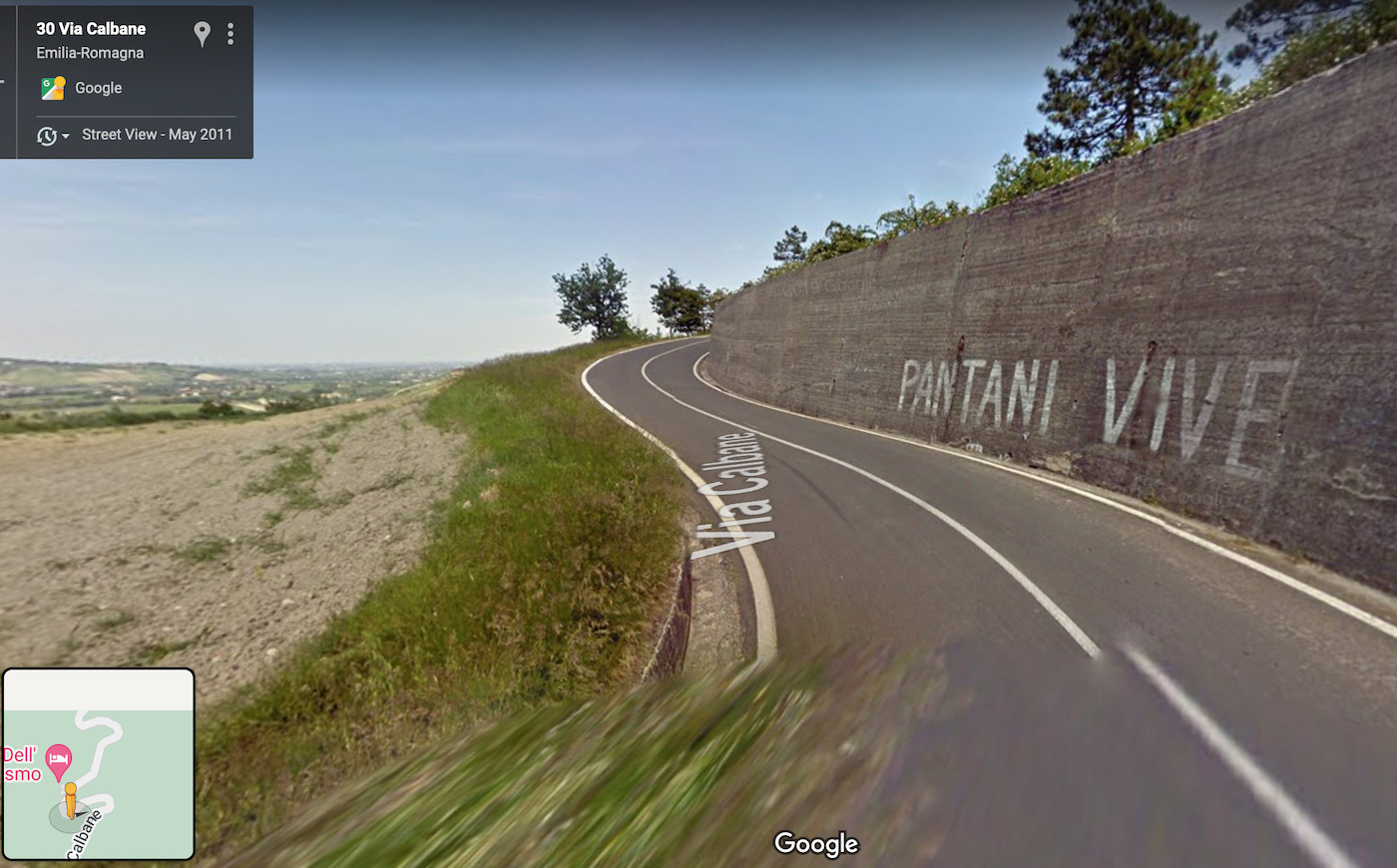 Buzzati finishes the book as one of the Girini, he’s someone who has done the Giro and become an insider. He seems convinced about the race as a symbol for Italy’s (re)construction. But Buzzati’s last column wonders if it will last:

Buzzati is asking how long the Giro will survive, suggesting one day bikes will become “almost comic lumps of junk used by a few nostalgic maniacs”. The bicycle has many great days ahead and everything suggests the Giro should do too. The editorial in La Gazzetta Dello Sport ahead of this year’s race wrote the Giro is “a mirror in which we have recognized ourselves for over a century”, seemingly reprising Buzzati.

The Verdict
Not quite the story of the 1949 Giro d’Italia but a collection of essays from the 1949 race and all the better for it. Buzzati is able to write as a special correspondent rather than being obliged to write up each stage and he can branch off to explore history, food or the people along the way, to read this is to soak up observations of early post-War Italy but also to enjoy a timeless account of the race. Ideally read it slowly, a day at a time because there’s no rush, don’t be hurried to the end of each stage’s account to find out who won each day. To understand the Giro better today it pays to read this account and students of Italian or Italophiles wanting a book about the Giro could enjoy this, it’s written for a wider public than the sports pages. Various translations and audiobook versions make it more accessible.