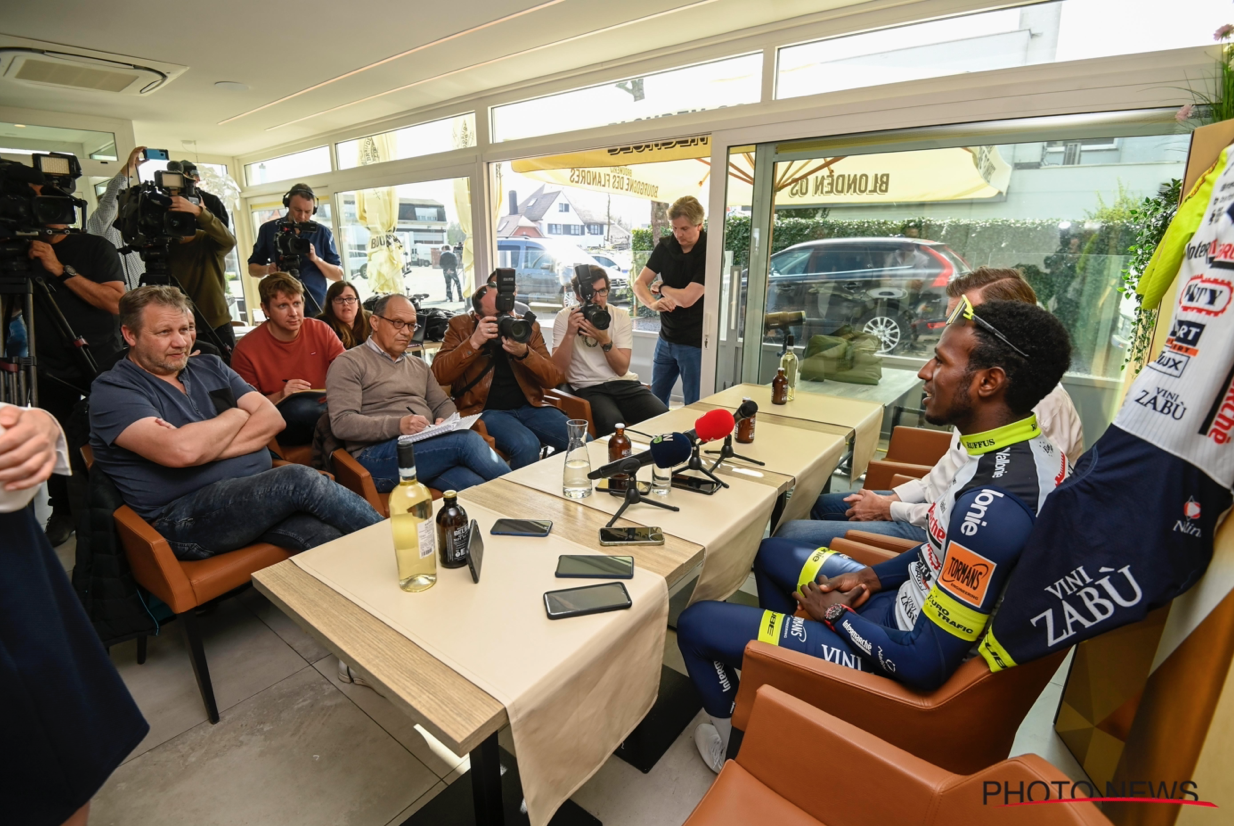 The weekly update and it’s been great for Intermarché thanks to Biniam Girmay’s win in Wevelgem, the ranking points are a side story… but we’ll zoom in on the points here as usual for the standings. 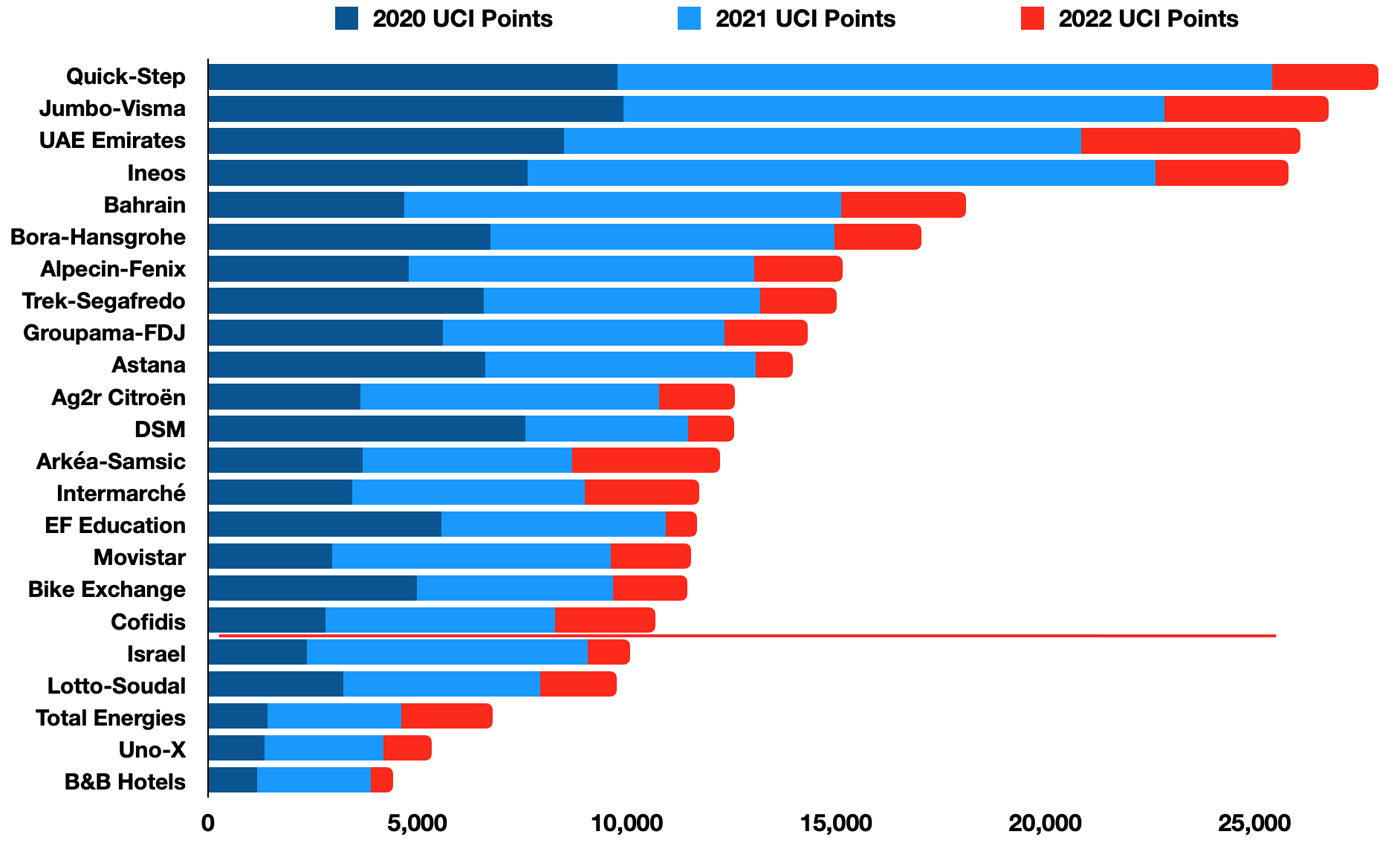 Two things to muse on. First Arkéa-Samsic, 13th in the standings and obvious for promotion but not certain. We can at least begin to think about what the future holds, scoring points has been the objective so far this year but what for 2023-2025? It’s one thing to aim for the World Tour, but reach it and what comes next? Do they try and continue as a team trying to hustle and rustle points or aim for something different? Quintana’s contract is up and he’s on the market, this will tell us something about the direction they go, if the Colombian leaves, who comes in? Also with Alpecin-Fenix presumably looking for promotion – they still haven’t said anything aloud – what will Canyon do, is it worth having three World Tour teams given they supply Movistar too?

Second, UCI points don’t matter to the big teams but they do for the smaller ones. Patrick Lefevere even said the other day that having the UCI number one logo on the Quick-Step jersey annoyed him as it’s real estate he can’t sell; although before anyone points it out in the comments, all teams have a UCI WorldTeam logo anyway. It’s nice to be number one but first or fifth, there’s not much meaning to it, what counts is having a memorable season: better to win the Tour de France rather than to place fourth throughout the season. But points matter to the smaller teams and those scrapping for promotion and relegation. A case in point, here are Lotto-Soudal’s provisional rosters for the Volta Limburg on Saturday and the Ronde van Vlaanderen on Sunday:

For a Belgian team they’re clearly sending a strong team to a Dutch race on the eve of the Ronde and the UCI points system here is a big incentive.

Background info
If this is all new to you, then at the end of the season in October the top-18 teams based on the three year rankings meet the sporting criteria for WorldTeam status. Teams outside of the top-18 risk being relegated down to UCI ProTeam status which means they are not guaranteed to start in the biggest races like the Tour de France.

The UCI publishes rankings overnight between Monday and Tuesday. The rankings are compiled from the sum of UCI points won by each team’s 10 highest scoring riders for each season: 2020, 2021, and now 2022, as shown in red on the chart above. You can see the points available in different races in the UCI Points and Rankings Tables Explainer post.