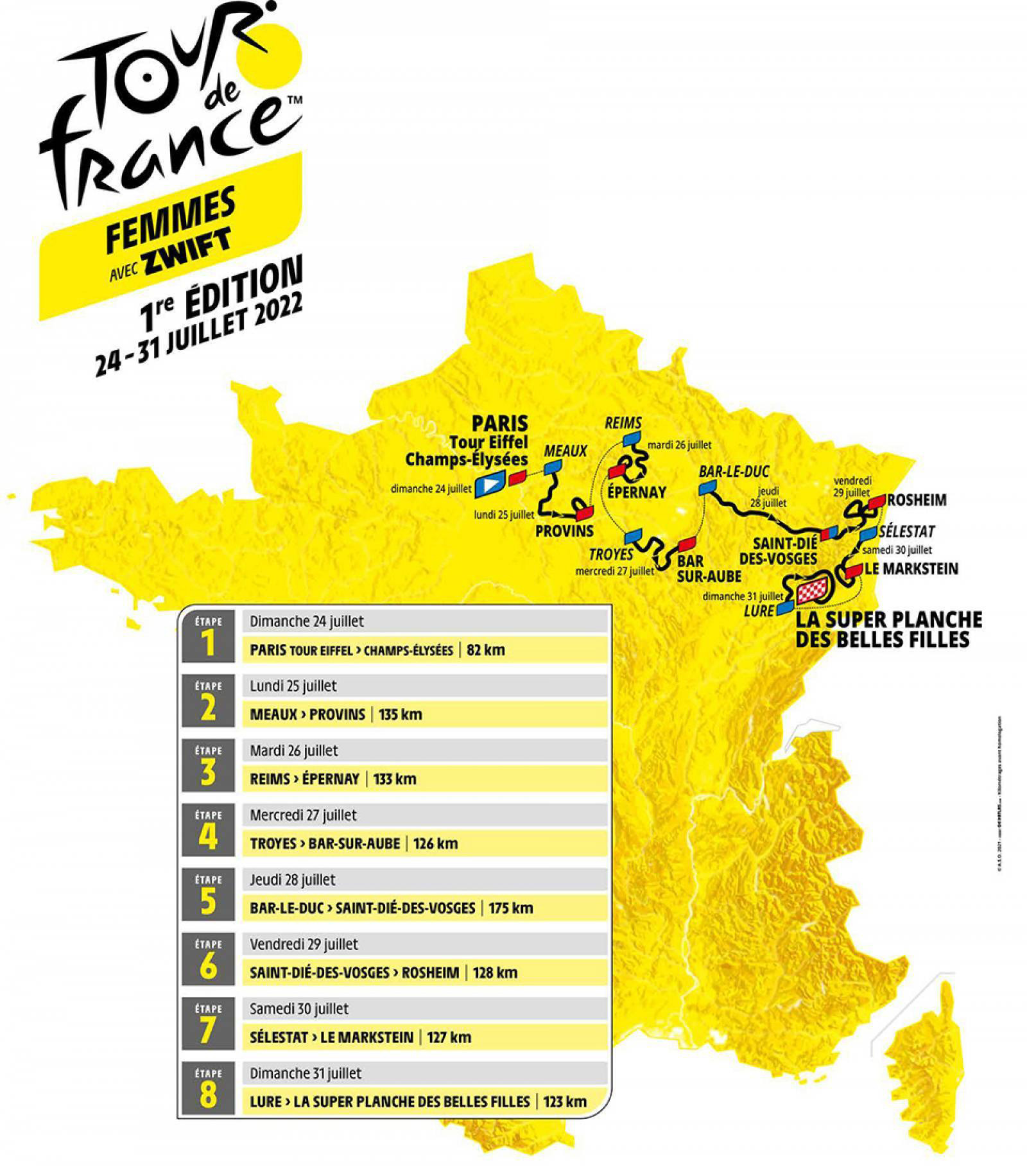 The first Tour de France Femmes avec Zwift route was revealed in Paris. Here’s a closer look at the eight stages and more. 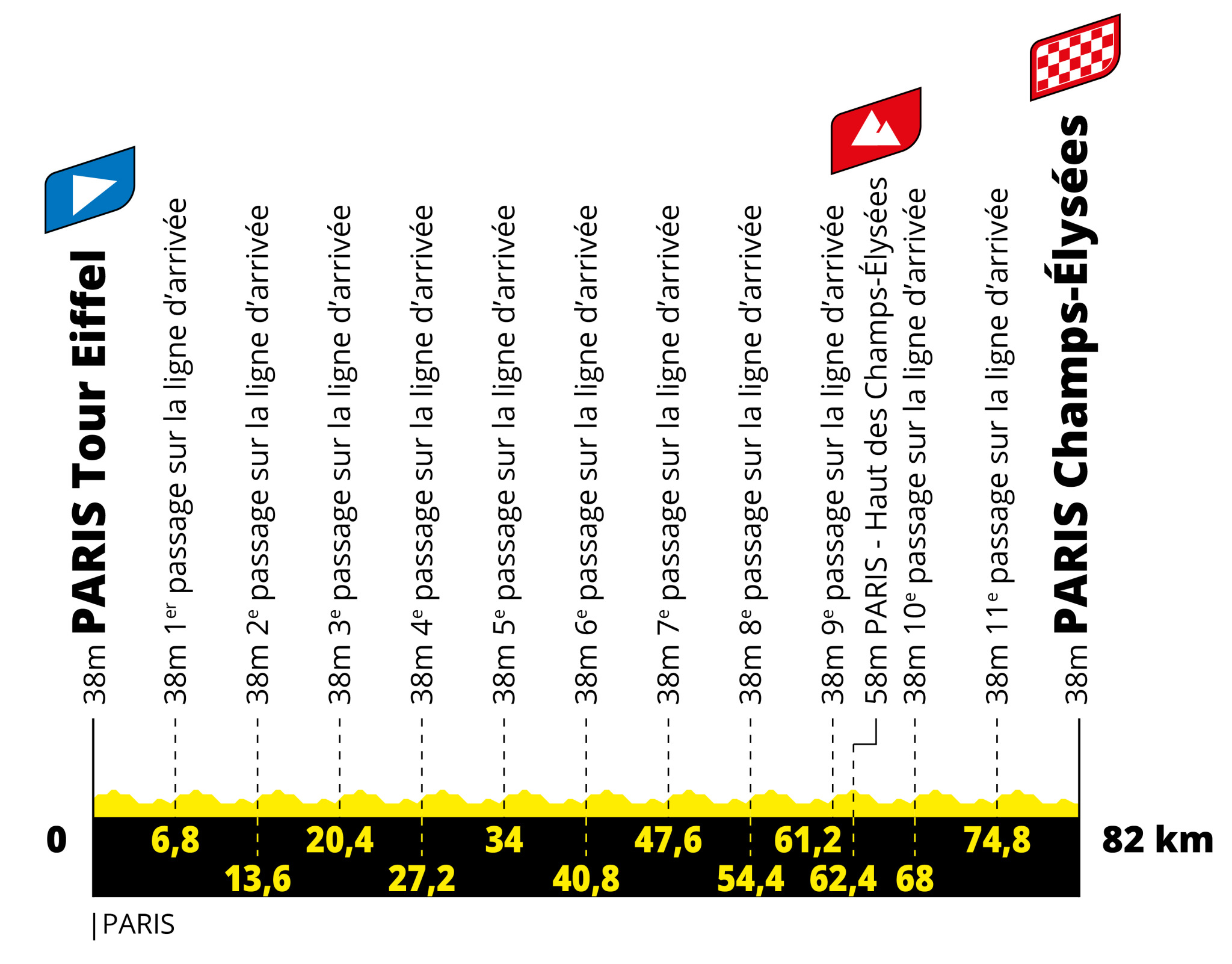 Stage 1 starts in Paris just ahead of the men’s arrival and uses the Champs Elysées circuit and marks a moment as the women used to get a criterium in La Course, now it’s just an 82km opener with seven more days to come.

Stage 2 goes across Brie country in 135km to Provins with a finishing circuit that ends with a slight uphill sprint. 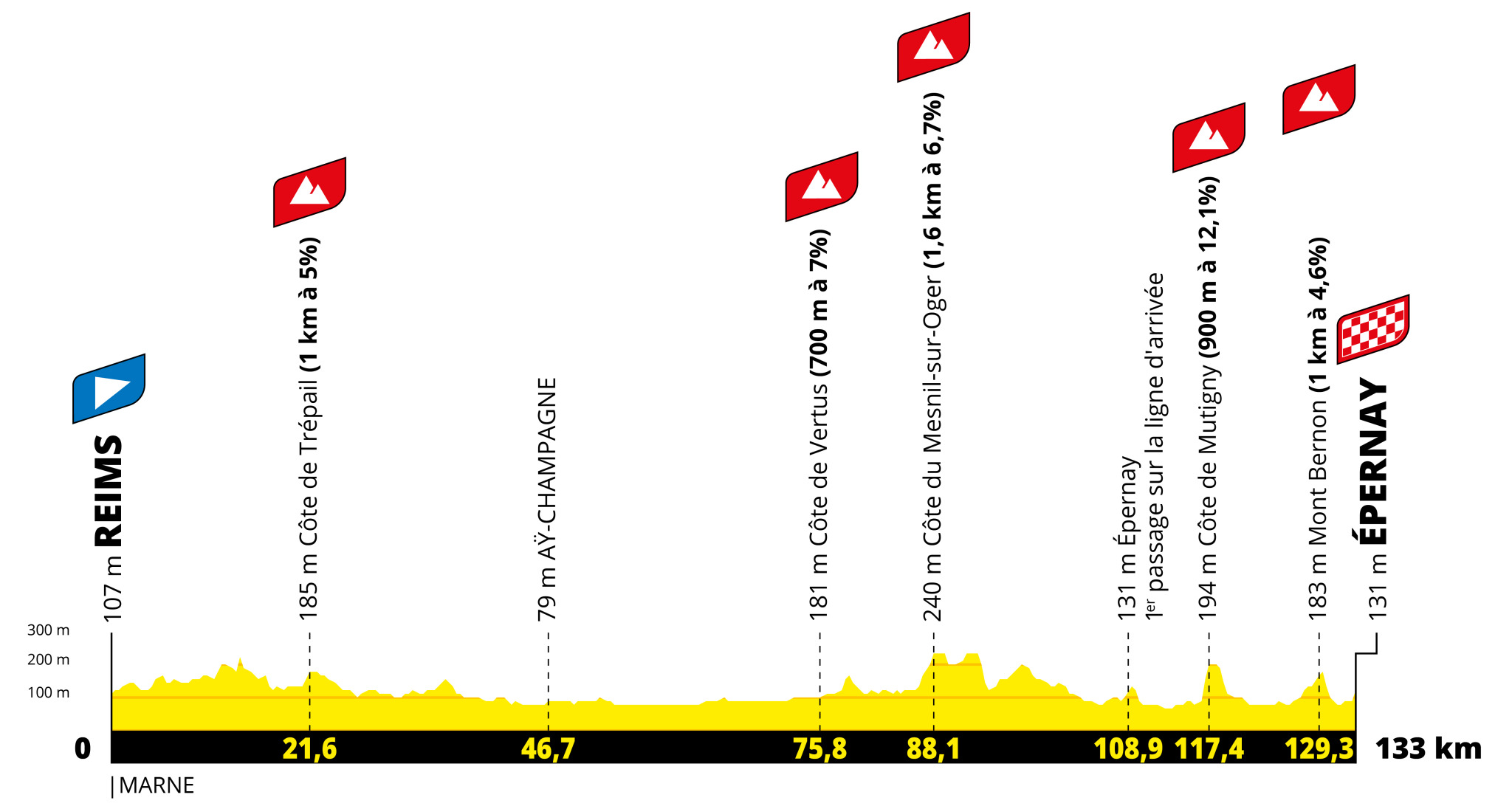 Stage 3 is in champagne country from Reims to Epernay, whose mayor is a keen cyclist and this is no coincidence. He helped design the route with the steep vineyard roads used in 2019 when Julian Alaphilippe attacked solo to take the stage win and yellow jersey. Here the the same finish, with the Mutigny and Bernon climbs, is back to reward puncheuses. 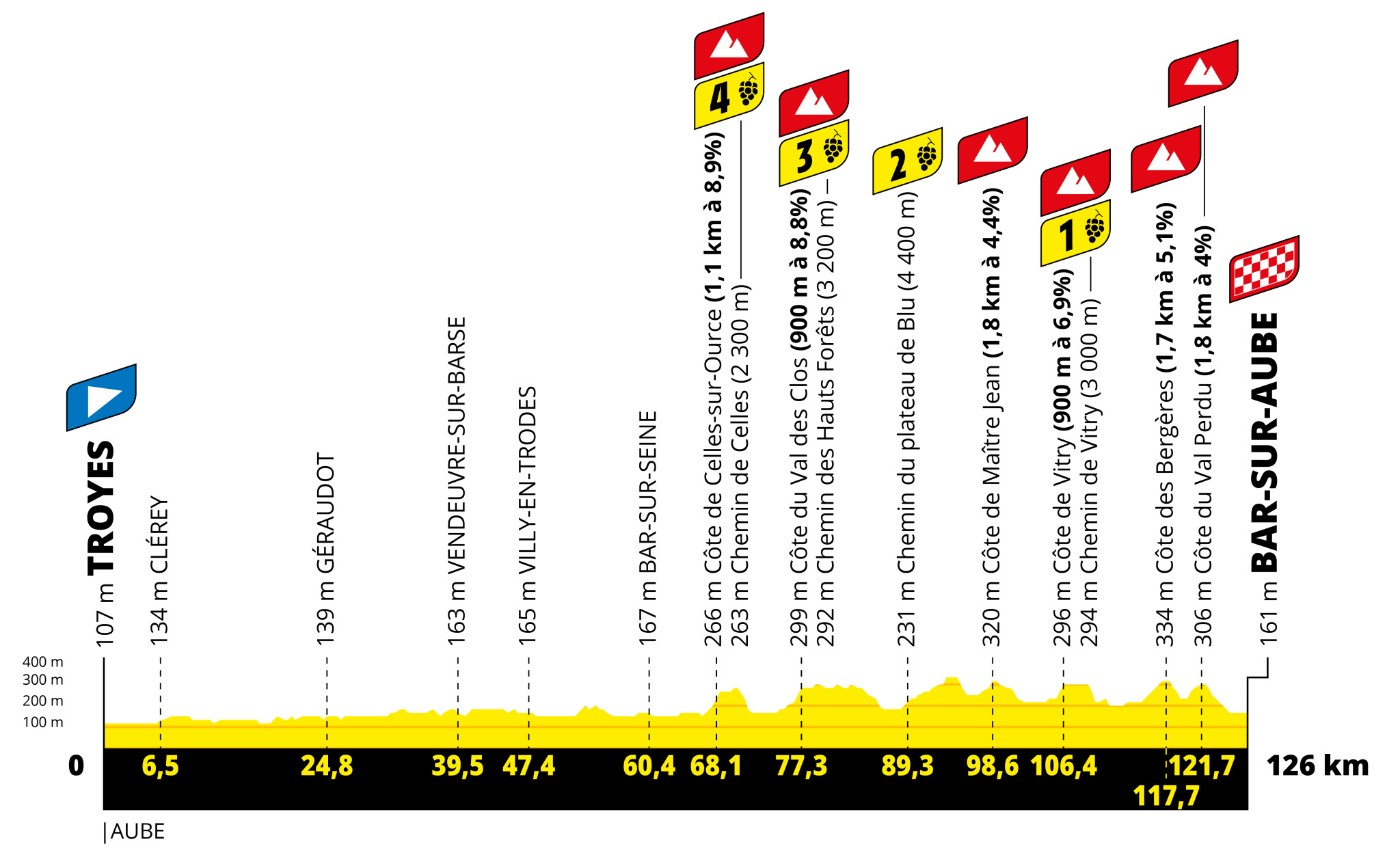 Stage 4 is 126km and includes the chemins blancs, literally “white paths” and these are gravel tracks in the vineyards. Crucially they’re both long and hilly, the sectors last for several kilometres each and it’s another chance for the puncheuses to put the pure climbers under pressure. The stage finishes with two climbs before the finish. 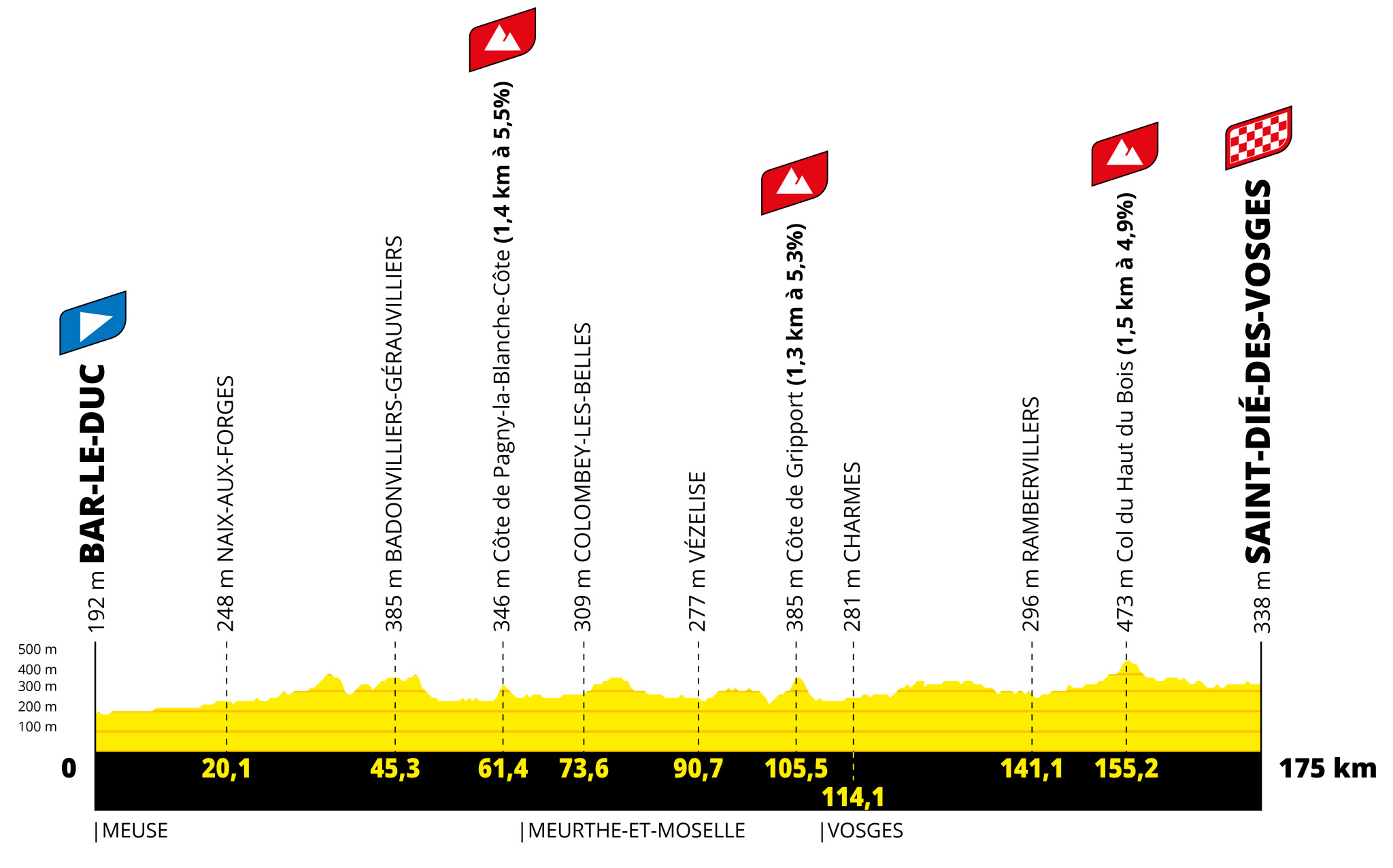 Stage 5 and the race gets closer to the Vosges mountains with the longest stage in the race of 175km. 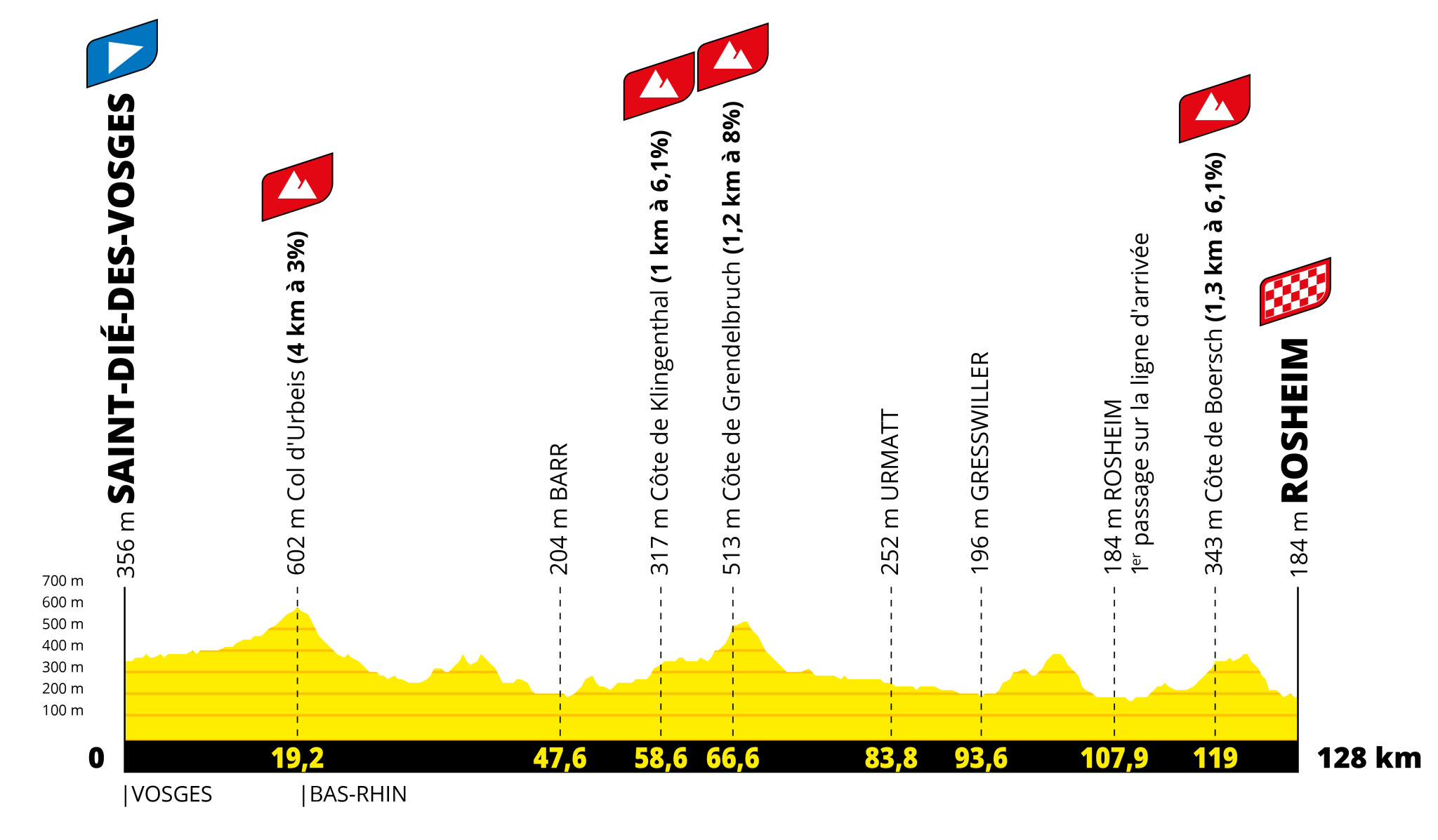 Stage 6 and some Alsace vineyards, this is picture-postcard country and some nice roads to ride, let alone race. 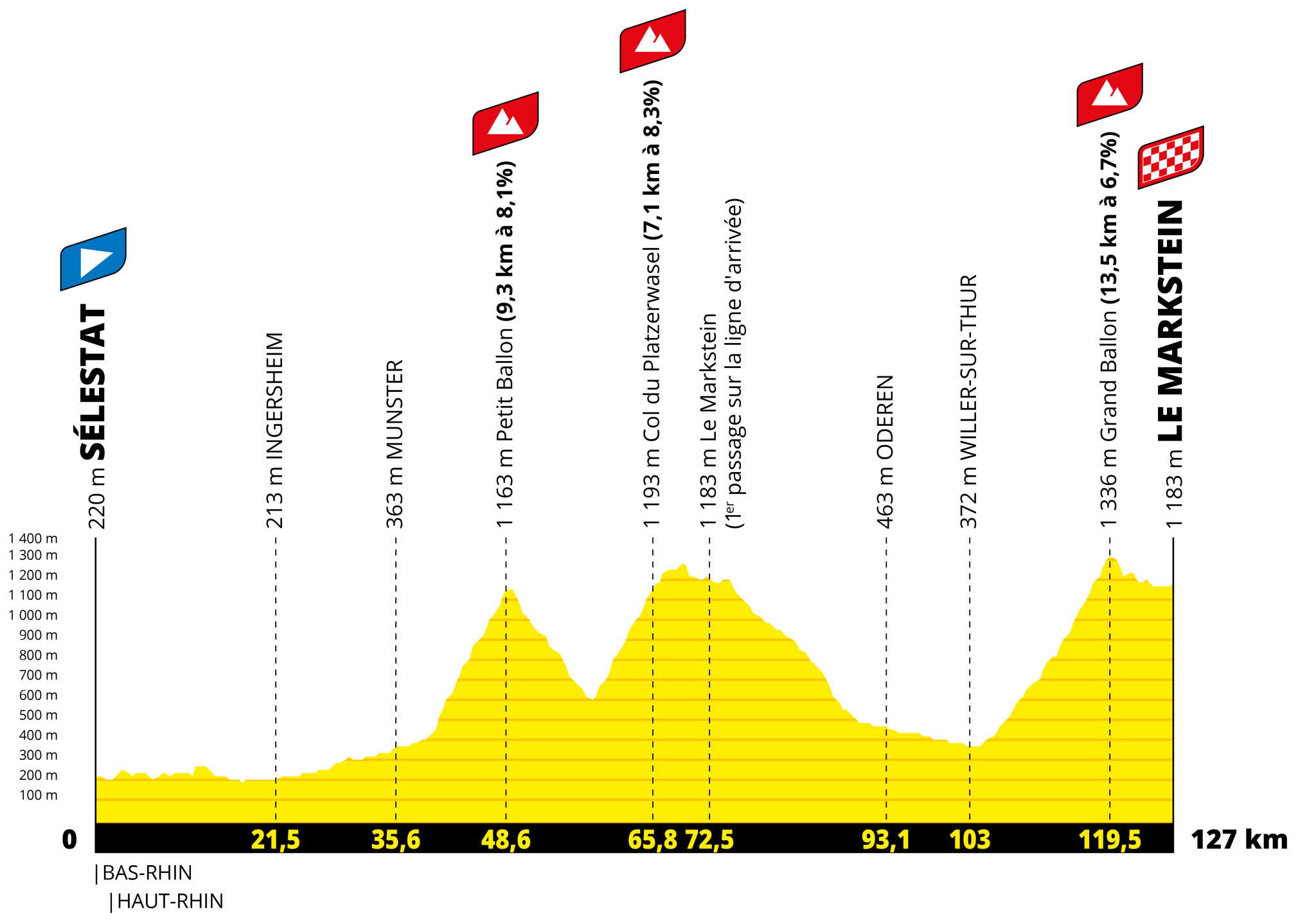 Stage 7 and things get mountainous with a trip into the Vosges and the Petit Ballon, Platzerwasel and a passage across the finish line before tackling the Grand Ballon as almost a summit finish and then a dash across to the Markstein ski station finish line. 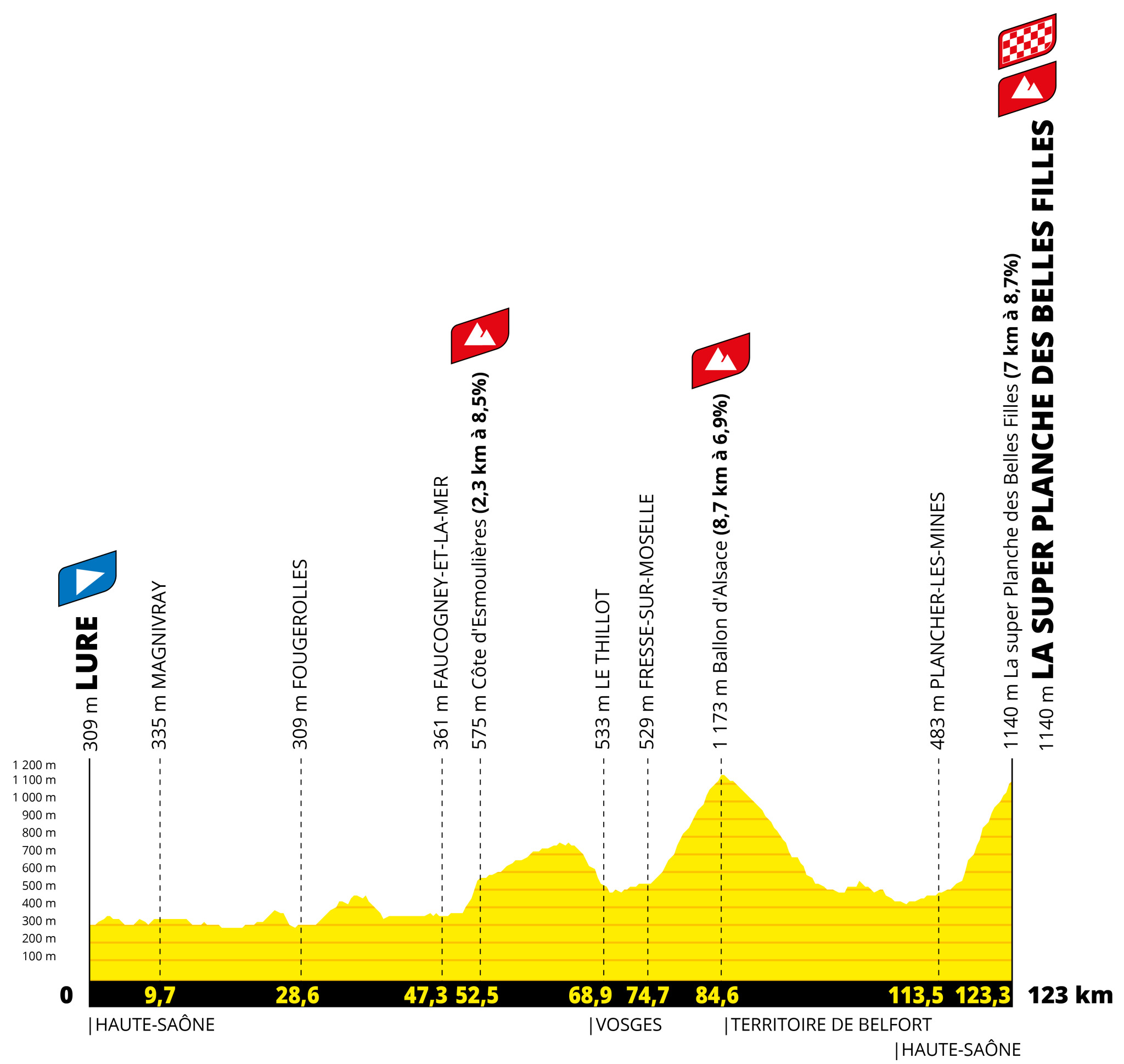 Stage 8 and the Super Planche des Belles Filles summit finish. But to get there there’s the Ballon d’Alsace first, the race can reprise history here as this was the first big mountain used by the Tour de France back in 1905 and now the women’s race gets to make history here too*. Today it’s a regular road with wide hairpins followed by a descent and some approach roads before the Super Planche, as in the extra gravel track up the ski slope on top of the already infernal finish. 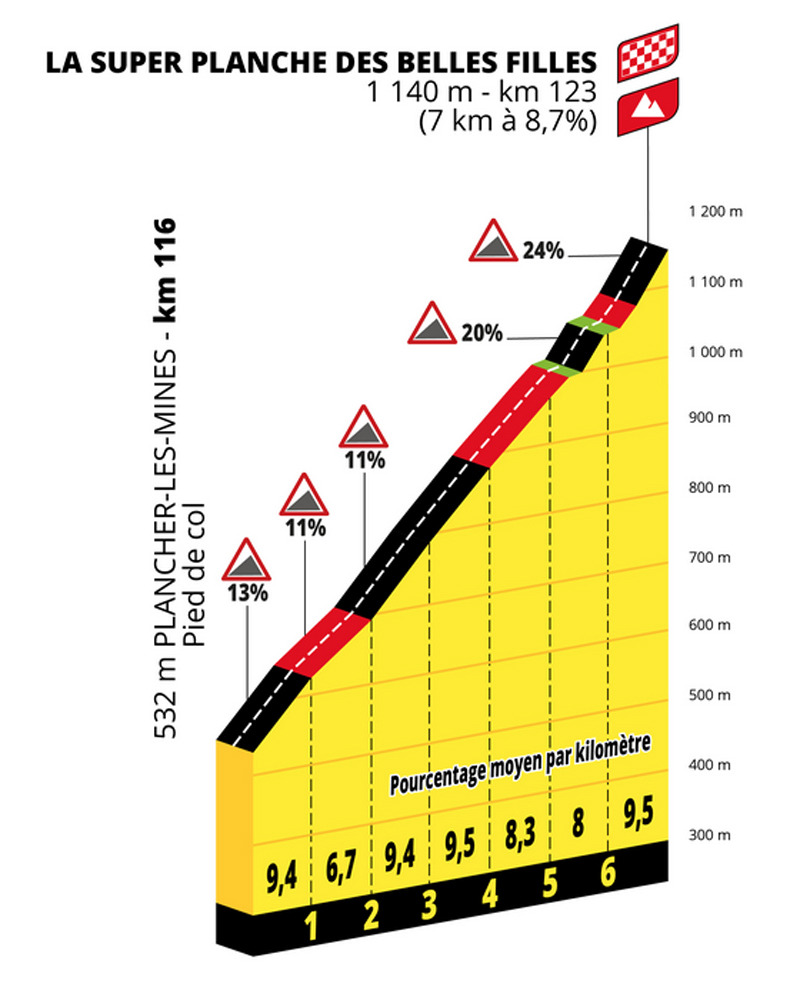 TV: there will be 2.5 hours of live TV coverage each day so the start won’t be live but on a 120km stage the final 100km could be. It’ll be on the same channel you watch the Tour de France, assuming your home broadcaster excises their option to show the race.

History*: yes but remember this is not the first women’s Tour de France, the event ran during the 1980s already and preceded the men’s race. It’s been reprised and made into a stand alone race and about time.

The Verdict
Sports-wise there’s a balance to the route, all-rounders can use the Epernay and Bar-le-Duc stages to put the pure climbers under pressure ahead of the final weekend with two big mountain stages that are subtly different, Stage 7 has some more gradual ascents while the finish of Stage 8 at La Planche is every-woman-for-themselves, there’s no hiding on the 20% sections.

This isn’t a Tour de France, obviously it doesn’t tour France in eight days. In wine terms this is a white wine tour with the Champagne and Alsace en route, the point here isn’t oenology but a way to show the race sticks a small sector. As a course for a week long race it works well, each day builds on the previous stage and the addition of the chemins blancs should spice up things up before a box office finish in the mountains. So it’ll have the brand identity of the Tour de France with the name, a yellow jersey but the Planche des Belles Filles, as hard as it is, doesn’t resonate as much as Alpe d’Huez, Mont Ventoux or the Tourmalet, it’s a nice route for a week but not a legendary one. Will this put off some viewers used to these names as gauges and waypoints? Or does it offer a blank canvas free from constant comparisons? But these are subtle questions, the main thing is it’s back, it’s happening and it’ll have plenty of TV coverage.

The format of following on from the Tour means a month of cycling on TV. This might mean an extra weeks’ work for the media already tired from covering the biggest race but it means the race is guaranteed a spotlight. The arrival of this event is having big pull-effect on sponsors and and accelerating investment in the women’s sport. As the race establishes itself it’ll be interesting to see the route design in the coming years, if enough host towns start queuing then ASO will have the luxury of being able to choose themes from year to year, perhaps the Alps one year, Brittany and the Atlantic the next and so on.