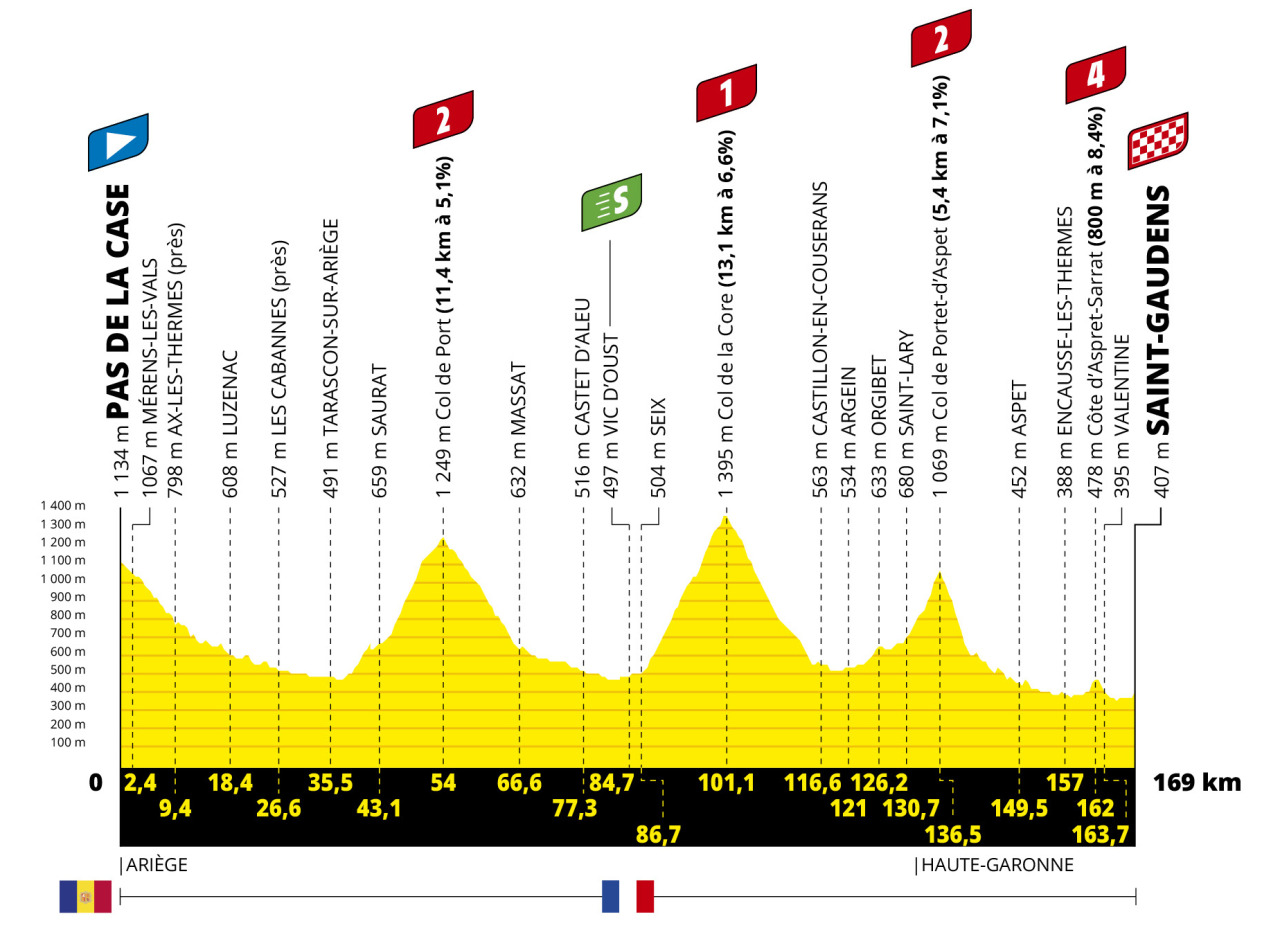 The first of three consecutive mountain stages in the Pyrenees, today’s is the most accessible to a large part of the peloton with three sharp climbs to scale before a punchy finish.

The Route: 169km and over 3,000m of vertical gain, a mountain stage but relatively easier on paper which means more riders will try to get in the break which makes it a hard stage. The stage begins with a neutralised climb out of Andorra to the KM0 point listed as Pas de la Case but it’s really L’Hospitalet, some way down into the descent. From here on it’s the wide Route Nationale down into the Ariège valley and nothing steep but awkward for the breakaway, do riders need to start with aero bikes and a 58T chainring?

After Tarascon comes the Col du Port, listed here as 11.4km at 5.1% but that’s because the race has included the flat section out of Saurat as part of the climb. Instead it’s more like 7km at 7-8% before easing to 5% towards the top, a proper climb.

The Col de la Core is also made to look easier by the roadbook but it’s 7-8% for most of the way, there’s just an easier section midway.

The Portet d’Aspet is, wait for it, harder that the stats suggest too with the last 2.5km at 10% and then the famously difficult descent with its steep moments and blind bends and then things ease up with the faster road to Aspet.

There’s the wall climb of Sarrat, a sharp ramp with 12km to go, it’s no more than 10% but because it’s short it’s difficult, rather than riders sitting back and spinning up a climb, this one invites sharp attacks. 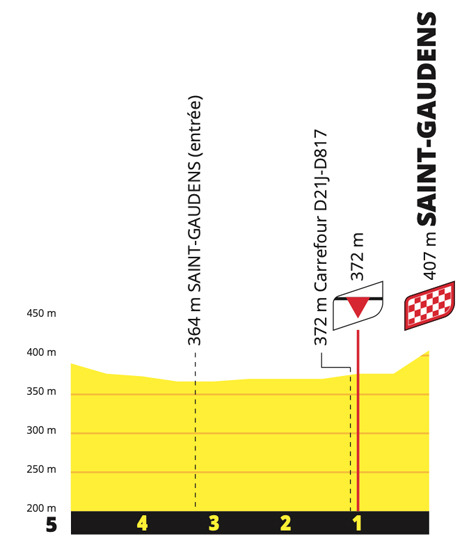 The Finish: there’s a quick descent with two bends that tighten up and then a quick run around town before an uphill drag to the line, steep enough to make a difference, outside the old grandstand of the Comminges motor racing circuit.

The Contenders: ahead of two summit finishes plenty will want to get in the breakaway today knowing their chances on the big Col du Portet and the famous Luz Ardiden climbs are limited. Julian Alaphilippe (Deceuninck-Quickstep) is again the archetypal rider but he keeps going in breakaways rather than targetting one day. Assuming his rest day went alright he’s an obvious pick and finale suits with the wall-like climb late and the uphill sprint to the line but he says he’s tired. Wout van Aert (Jumbo-Visma) is a pick too.

Magnus Cort (EF-Nippo) has been picked several times, today’s the last chance. David Gaudu (Groupama-FDJ) is stage-hunting but as he found out in Andorra, so are plenty of others. Still the colder weather today is fine for the Husky dog owning Breton and he’s handy in an uphill sprint. He might still prefer to hang back for the summit finishes on Wednesday and Thursday but few get to choose, if you can board the right wagon you’ll go. Chez Trek-Segafredo Toms Skujiņš and Bauke Mollema are candidates again. Bora-Hansgrohe’s Patrick Konrad is active. Bahrain’s Dylan Teuns is on good around today, the same for Astana’s Omar Fraile and perhaps Alex Aranburu.

Weather: clouds will build and there’s the chance of rain, a cool 16°C.

Off on a tangent: in French the term montagnes russes literally translates as “Russian mountains” but is the term for a roller coaster, as in the funfair. In French cycling slang it’s also the term for an up and down course much like today’s stage. Now you know… but let’s go back to the literal meaning of Russian mountains because the final of today’s stage borrows the home roads of Pavel Sivakov, the promising Ineos rider grew up in Soueich, a village on the route with 15km to go and the same roads in the Comminges foothills were used in training by his father Alexei who rode the Tour de France three times, and by Ag2r’s Russian recruit Aleksandr Botcharov who moved to the area as well.