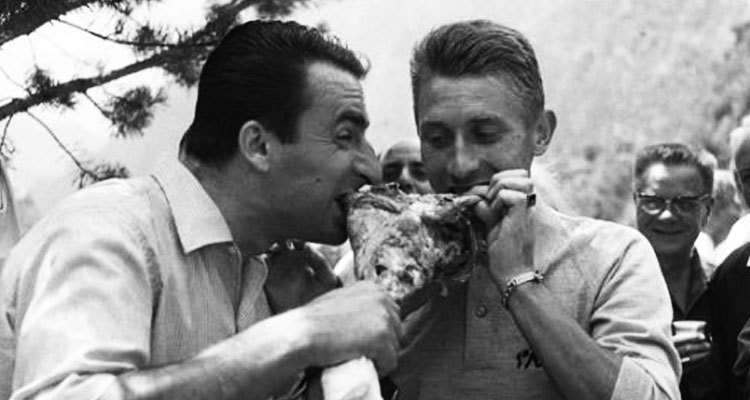 The Tour de France enjoys a rest day in Andorra. The first this happened was in 1964 and the race was almost turned upside down, a story of a foretold death, a lamb feast and sangria.

1964?
Lyndon Johnson was US President, Charles de Gaulle French President. Nikita Khrushchev was deposed as Soviet leader. Brazil became a dictatorship. Tokyo hosted the Olympics. Cassius Clay knocked out Sonny Liston. The James Bond film “Goldfinger” is released. The Beatles topped the charts. France was in the middle of a long period of strong economic growth and embracing consumer brands, television and the car and the Tour de France reflected this.

1964 in cycling
Jacques Anquetil wins Paris-Nice. Tom Simpson wins Milan-Sanremo ahead of Raymond Poulidor. Anquetil wins Gent-Wevelgem, taking the bunch sprint. Poulidor wins the Vuelta a España in the spring, it’s a two week race and he wins a time trial in Valladolid just before the final weekend to take the lead and keeps it to Madrid. Anquetil wins the Giro d’Italia for the second time, this was a three week race and he takes the race lead after the Stage 5 time trial in Parma and keeps it to the end in Milan. Miguel Indurain was born.

So far in the Tour
It’s been a thriller. German rider Rüdi Altig takes the yellow jersey when the Tour crosses to Germany, a form of Franco-German reconciliation. It’s been portrayed as a modern tour and the stage to Freiburg is 161km, dubbed as short stage for “le cyclisme moderne” by the TV commentary, designed make the racing more lively as opposed to the “interminable randonnées which made up the large part of old editions”. 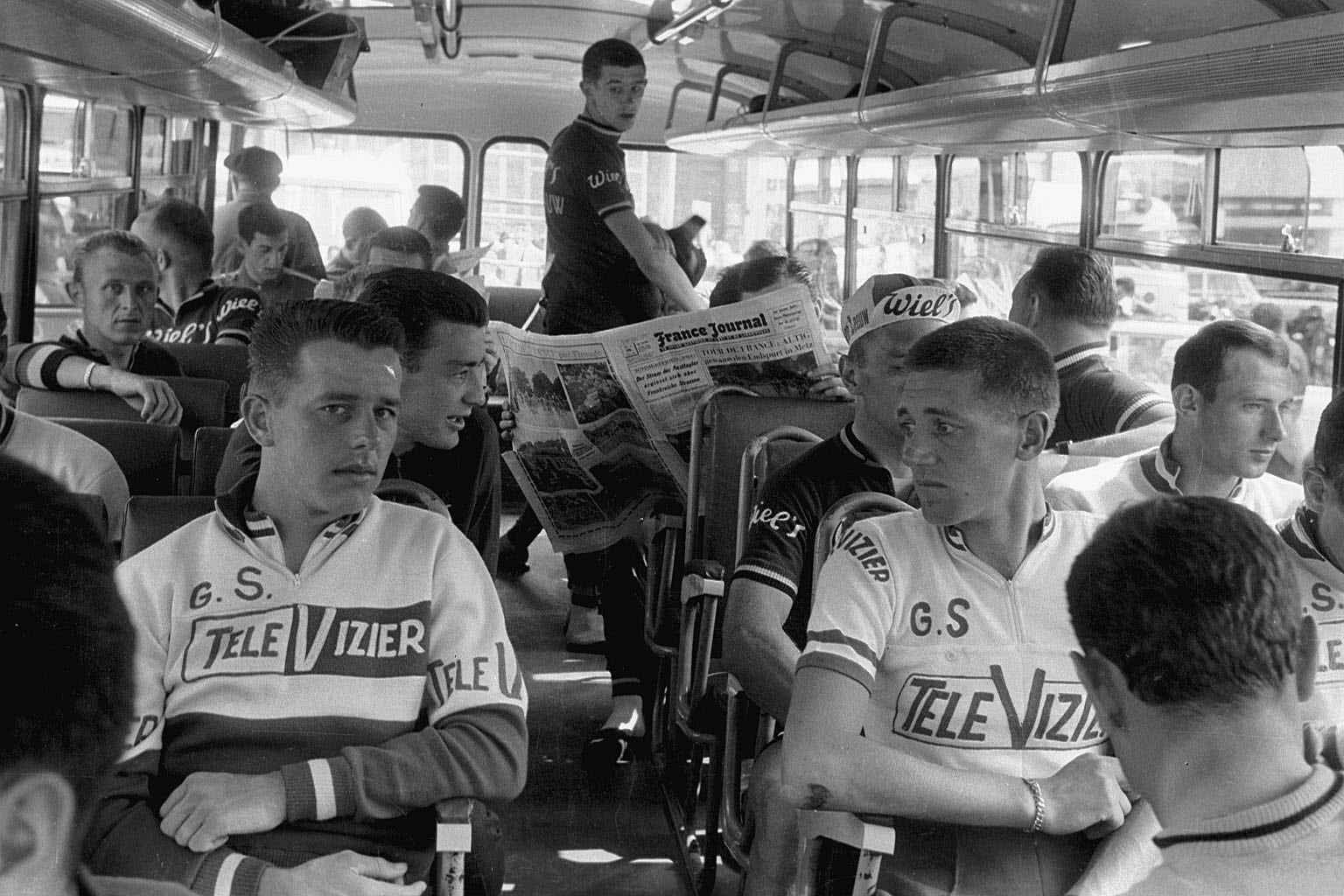 There are transfers too, a bus journey between the finish town one day and a different start town the next, seen as modernity again. It’s new and fast, riders complain the Tour is so intense – plus ça change – and the talk on TV is of the high speed of this edition and how close riders still are on the general classification. Poulidor and Anquetil seem inseparable but with the Alps done and the race approaching the final week Georges Groussard (Pelforth Beers) is in yellow going into the Andorra rest day.

The Fortune Teller
Marcel Belline was a fortune teller. Known as the “Prince of Clairvoyants”, he’d called various world events and celebrity deaths, he foresaw Marilyn Monroe’s suicide in 1962 and President Kennedy’s assassination in 1963 and plenty more, presumably he had his share of false alarms but newspapers adored his predictions and it was more than lite entertainment, businessmen and politicians paid beaucoup for private sessions. In his column in France Soir, a newspaper, Belline predicted Anquetil would die on Stage 14.

The Feast
Normally Anquetil was dogmatic about rest days, they were for doing as little as possible. But Anquetil decides to break with his habit of total rest, he went for a ride and drops by a party held by Radio Andorre for an interview. He’s tempted by some méchoui or a whole roasted lamb where he eats plenty, washed down with mucha of of sangria.

Out of Andorra, Bound Toulouse
The rest day over and Anquetil is in trouble as soon as the stage starts. Was it nerves about the prophecy or was yesterday’s méchoui misfiring inside, or a sangria hangover? Maybe it was all three but what was certain is that he’s dropped on the Port d’Envalira as Poulidor and his Mercier team set a fierce pace. It turns out they’d sneakily ridden 40km before the stage as a warm-up and their attack was pre-meditated.

Yellow jersey Groussard is dropped too but Anquetil is further back and feeling dreadful, ready to quit even. Team mate Louis Rostollan is there to encourage him and push him back on his bike, literally as Anquetil would get a time penalty. Anquetil’s directeur Raphaël Géminiani hands up a drink, some accounts say it’s whisky, others champagne, but it’s just the tonic and, amid dense fog on the descent, Anquetil picks up Sels, then Groussard and the chase is on. Poulidor is still ahead in a group of seven as they exit the Pyrenees with Anquetil and Groussard’s group about a minute behind and the pursuit lasts 88km during which Poulidor seems to break a spoke in his wheel but he can’t afford to stop for a spare wheel. Eventually Anquetil makes it back to Poulidor’s group and things ease up. With 24km to go Poulidor gets a new wheel but his mechanic seems too excited and, instead of a helpful push to get going, shoves him to the ground. Anquetil and the others spot this, accelerate and Poulidor is left battling into a headwind and loses over two minutes. Anquetil outrode the prophecy and turned a loss-making start into a substantial gain.

The Next Day
Poulidor is down but not out. He attacked and won the stage by more than two minutes, wiping out the previous day’s time loss.

Onwards
Federico Bahamontes closes in on Groussard and the yellow jersey. Then Groussard implodes in the 42km time trial in the Basque Country, losing almost six minutes and Anquetil takes yellow. He never loses the jersey but cracks on the Puy-de-Dôme as Poulidor closes in to just 14 seconds of the yellow jersey.

Anquetil is tired from the Giro and close to throwing in the towel and the final time trial in Paris is not a conclusion for Anquetil. But he wins his fifth Tour and Poulidor famously finishes second again. Meanwhile Bahamontes and Julio Jiminez keep battling for the mountains jersey, a contest only settled on Stage 21.

Vintage edition
Many will say 1989 was the best edition of the Tour de France. In 1989 many knew they were witnessing a superb race and their reference point, the standard by which Tours were compared was 1964.

Moral of the story
Get your rest day right in Andorra and avoid the newspaper astrology column.