Canyon have emailed owners of their new Aeroad to stop riding it and instructed their pro teams to switch to older models or move to the Ultimate frame, all following the break in Mathieu van der Poel’s handlebars in Le Samyn. Cautious? Certainly given the same bars held up for his Alpecin-Fenix team mates and Tim Merlier won the race. But while there are lots of theories doing the rounds – mechanics over-tightening bolts, crash damage from Kuurne – nobody knows what happened and the company wants to find out what it is. Van der Poel can rewrite the sports codes sometimes but his sponsors can’t take the same risks.

The disparity between men’s and women’s prize money has been an issue this week following the Omloop Het Nieuwsblad. It’s an interesting topic as prize money isn’t that important in cycling but it is important outside cycling as a symbolic issue, and this creates a feedback loop. To outsiders prize money is often a proxy for the value put on a sporting event, when one tennis or golf tournament pays more than another this signifies something. In cycling it’s a bit different; take the €500,000 first prize for the Tour de France which some see as derisory. But keener followers of pro cycling know that riders are salaried and stand to earn millions from winning the Tour; meanwhile prize money is levied, taxed and shared and a male pro often eventually collects less than 10% of the headline figure so the cash prize is rarely any incentive: winning is because it brings contracts, UCI points and other gains. Surely the fundamental structural issues faced by the women’s peloton are the lack of sponsorship income and TV coverage, rather than the prize pot? Hopefully once these are improved – and improving they are – then prize money can follow soon. Flanders Classics, promoters of the Omloop, is moving quickly: it wasn’t long ago there was no women’s Omloop, now it’s got live TV and could be promoted into the World Tour next year. One advance was Le Samyn on Tuesday where Lotte Kopecky won a much bigger prize than Tim Merlier.

The route will be unveiled in April but Dutch website Wielerflits says the Tour of Poland will return for a stage finish in Katowice… but a time trial stage, meaning the downhill sprint there is no more. To be expected but this is a nice ladder for the race to climb down, the “we always planned to have a time trial” route rather than having a sprint in the city again and either using the same finish and seeing a rider strike; or having a different one which implicitly signals the old one was a bad idea. Meanwhile legal action in Poland’s courts continues, one consequence from the crash involving Dylan Groenewegen and Fabio Jakobsen is that there is a case open against Groenewegen in the Polish courts; but this doesn’t mean he’s alone in the dock, from reading about it the case sounds more like a way of gathering facts and establishing liability for insurance claims rather than persecuting or prosecuting a rider, even if the law goes allow for people in these claims to face jail time. 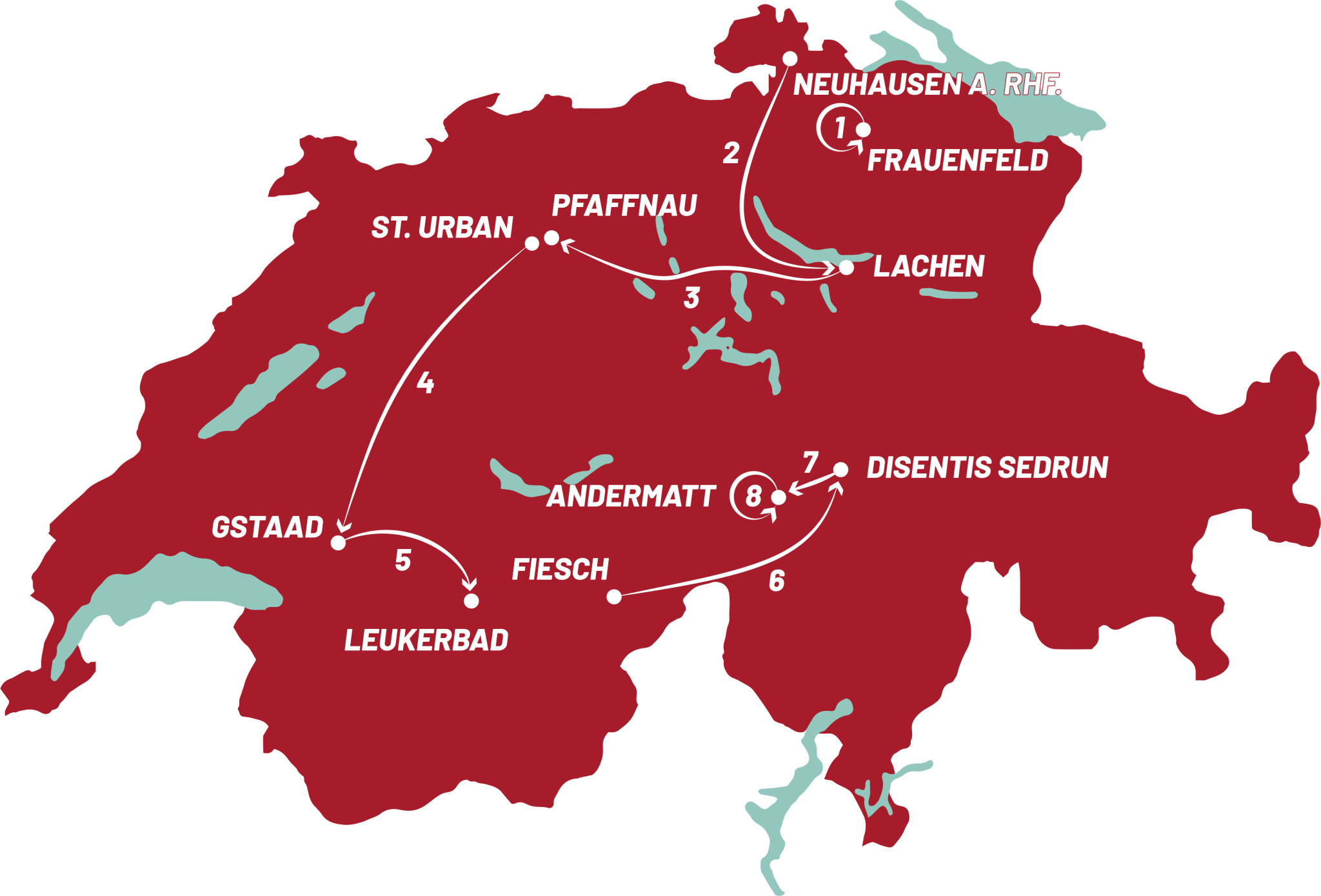 In contrast to the Tour of Poland where parts of the route have leaked out ahead of time, the Tour de Suisse route has been unveiled today but it was all published on line some time ago on the race website. From 6-13 June it’s a vintage affair with two time trial stages totalling 34km (almost as much as the Giro) and mountains galore, no road stage has less than 2,000m of vertical gain. There’s also a Tour de Suisse women’s race from 5-6 June but this has also yet to be unveiled.

Staying in Switzerland, the Giro’s final mountain stage crosses the Splügenpass or Passo Spluga to the Giro during the final mountain stage, on the last Saturday. It’s a very scenic climb – one motorbike site asks if it’s “the most exciting road in the Alps?” and the answer is probably “no, but it’s a very fine one” and the Giro will feature a scenic descent with the road cut into tunnels. This blog’s Giro route review the other day looked at the race route and since then RCS have put stage maps online for all the stages on the Giro website.

“No Vuelta route analysis?” asked a reader by email as the Giro, Tour and other routes get a blog post. “No, sorry” was a summary of the reply. Spanish geography is much less familiar so doing a review would be copy-pasting the press release and there’s no point since you can visit the Vuelta website for that. But there’s both a serious and flippant point to be made here too: even the pro teams don’t look at the Vuelta route as much. Some riders only decide to do the Vuelta after something has gone wrong en route in the Tour de France and while teams have pre-Tour training camps precisely to practice on the same roads they’ll race on, plus Egan Bernal has already visited the Alpe di Mera as part of his Giro build-up, try finding a team who will recon a Vuelta stage ahead of the race, it’s much more rare. 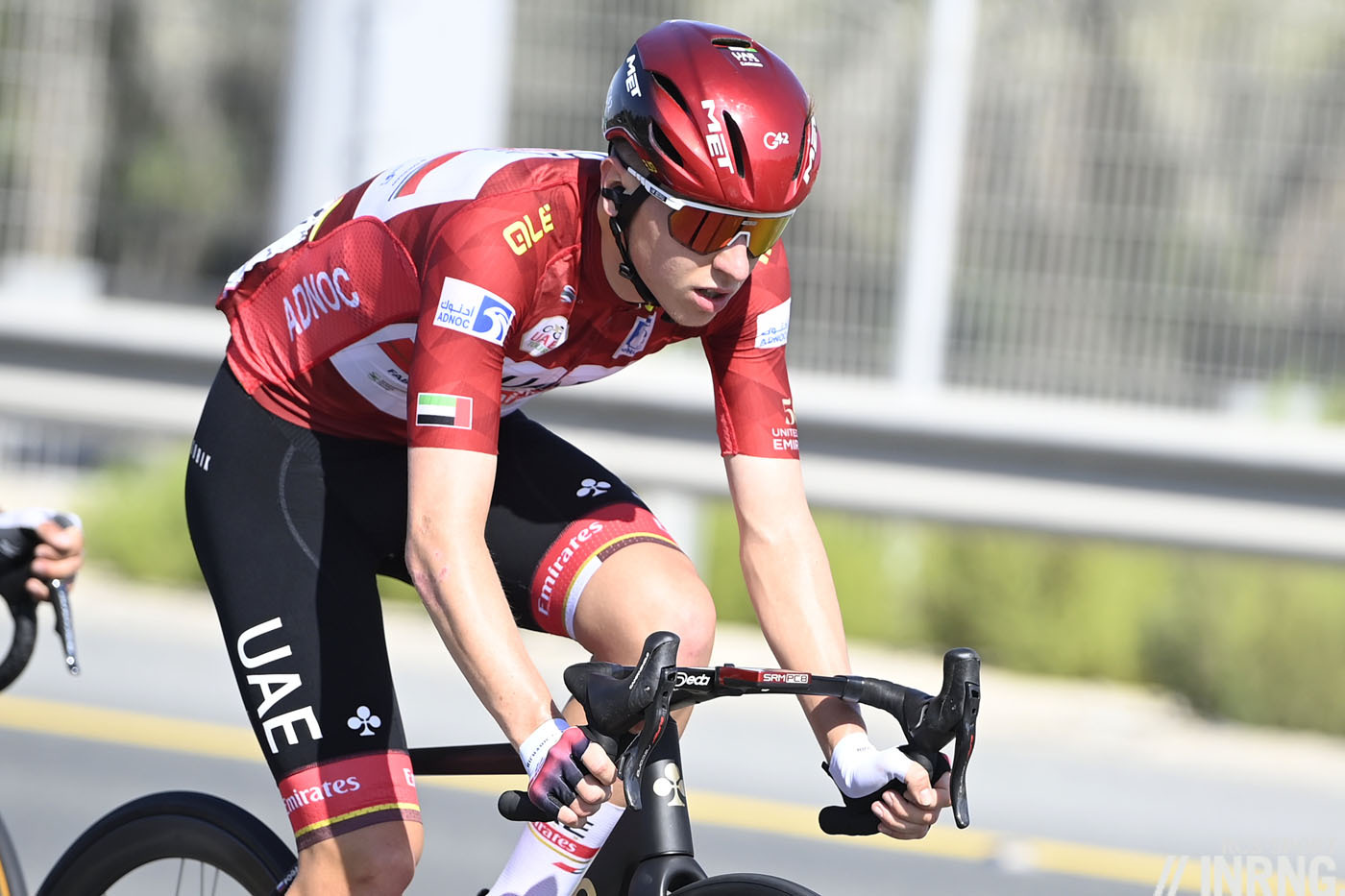 Talking of looking ahead, Tadej Pogačar’s signed a six year deal with the UAE Emirates team. It’s impressive for the duration of course which must be a record in the sport… beating Juan Ayuso’s five year deal with UAE. Presumably it’s also for a very high salary but we don’t know and it’s unlikely to be one sheet of A4 stating he’s on €X million per year for six years; instead it’ll have stacks of clauses and conditions. What we can be more sure of is that it will have a knock-on effect though, other riders will start asking for longer deals and some teams with stable finances will start offering them too. Of course riders are not tied to the team either for the full length of the contract, lawyers are hired and riders move. This creates an asymmetry here where a rider can ask for a long term deal and if they then flop they’re still able to see out the contract; if they exceed expectations they can ask for more or flush out higher offers from elsewhere. But cycling’s still thankfully far from football’s transfer practices. For now think of the rider transfer market as a large puzzle and the top riders are like the corner pieces you start with first. Once Pogačar is in place, others can start be slotted around.

Lastly yesterday’s start to the Italian race season, the Trofeo Laigueglia was a great edition, it passed the DVD test: you’d buy the DVD highlights (if they still made DVDs and you had a DVD player; what should this test be called now?). Bauke Mollema took a vintage win, mugging the front group of riders to go solo just as they went into a lull and he was impossible to catch, he’s done this before in the Tour de France and the Giro di Lombardia. It was good to see Bernal and Landa on the attack, the Spaniard in the drops when all the others were on the tops. And notable for the performances by younger riders like Mauri Vansevenant (Deceuninck-Quickstep), Clément Champoussin (Ag2r Citroën), Biniam Ghirmay (Delko) and Carlos Rodriguez (Ineos).