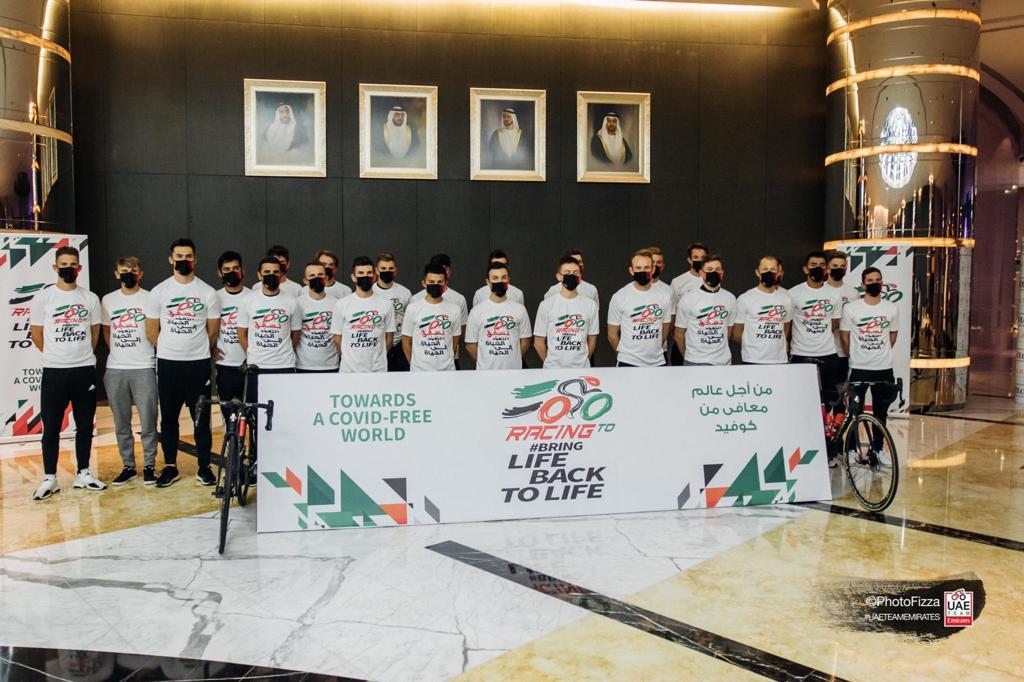 Pro cycling is blatantly commercial with teams named after flooring brands, supermarkets or lotteries. Meanwhile the rationale behind Astana, Bahrain, Israel or UAE Emirates isn’t as obvious. The UAE team seems to be breaking new ground as it is giving publicity to one of the Covid-19 vaccines and there’s a twist as the team’s backers are also behind one particular vaccine too.

Seeing the news that the UAE team were getting vaccinated is generally good, great even but there was a tiny alarm bell ringing somewhere. Was it the sight of riders smiling as a syringe is stuck in their arm? No jokes please, and besides under the UCI’s “no needle” policy medical interventions are permitted. Could it be the promotion of a product that’s probably as yet unapproved where you’re reading this? Maybe, but that could just be a matter of time in a fast-moving story. No, trypanophobia or regulation aside, the first concern was one of priority: why are healthy cyclists getting doses ahead of elderly or vulnerable locals who probably needed it more? That said, a quick look into matters and 8% of the UAE population has already been vaccinated so they can spare a few doses and having high profile figures and celebrities approve can influence the general public in a public health campaign too. No, the small alarm bell here is that this is marketing campaign to promote one particular vaccine and the distributor behind it.

Which brings us to the local business angle. The UAE team is closely linked to the ruling Abu Dhabi royal family which has extensive interests in sporting assets from around the world – like Manchester City football club – and the royal family are closely linked to the development and promotion of one vaccine in the Emirate. The United Arab Emirates has a deal with the Chinese firm Sinopharm for local manufacture and distribution of Sinopharm’s vaccine in the region, via a company called G42 Healthcare from Abu Dhabi. G42 Healthcare is also the same company has been running the clinical trials in the country too. G42 isn’t just any old company, reports link it to Sheikh Tahnoon bin Zayed al-Nahyan, brother of Abu Dhabi’s ruling prince and half-brother of the UAE’s President. So G42 isn’t any business, it’s royalty. And in a region where different vaccines are competing for sales – the Russian one is currently undergoing Phase III clinical trials – having a sports team to promote your product can help. In simple terms what better advertising could there be than the Tour de France winner taking the UAE’s vaccine one month and then winning a bike race – ideally the UAE Tour – the next? It’s not going to win adland awards for it’s sophistication but it works. So we have the team being used to market this particular vaccine. 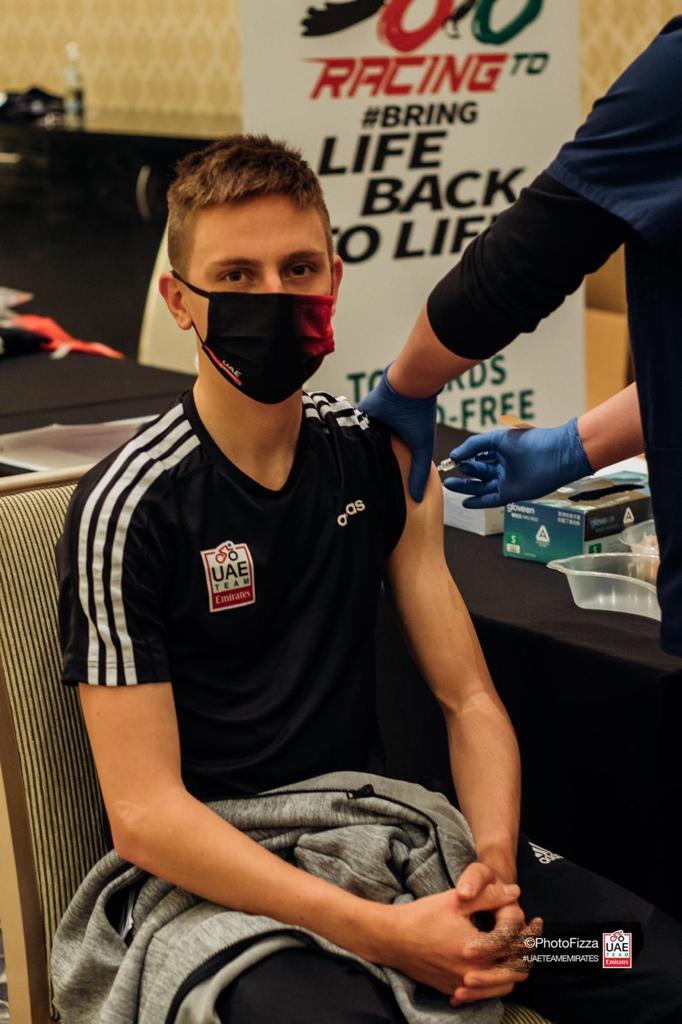 Conclusion
This is overall a very good news story, humanity now has assortment of vaccines, some approved and more in the pipeline, plus the UAE – the country, not the cycling team – have already vaccinated a significant proportion of the population so they can probably spare a box for the cyclists, plus having role models onboard might help sway some people who are hesitant. But it’s also worth pointing out the images of the Tadej Pogačar getting his first dose aren’t a simple public health campaign, there’s a commercial aspect here too with the backers of the team also having links to this one particular vaccine and its licencing in the region: it’s not “here’s a champ getting his vaccine”, it’s “here’s a champ getting our vaccine”. A subtle difference but one worth noting as countries and pharmaceutical companies around the world compete to market their products and this time even a cycling team is involved.