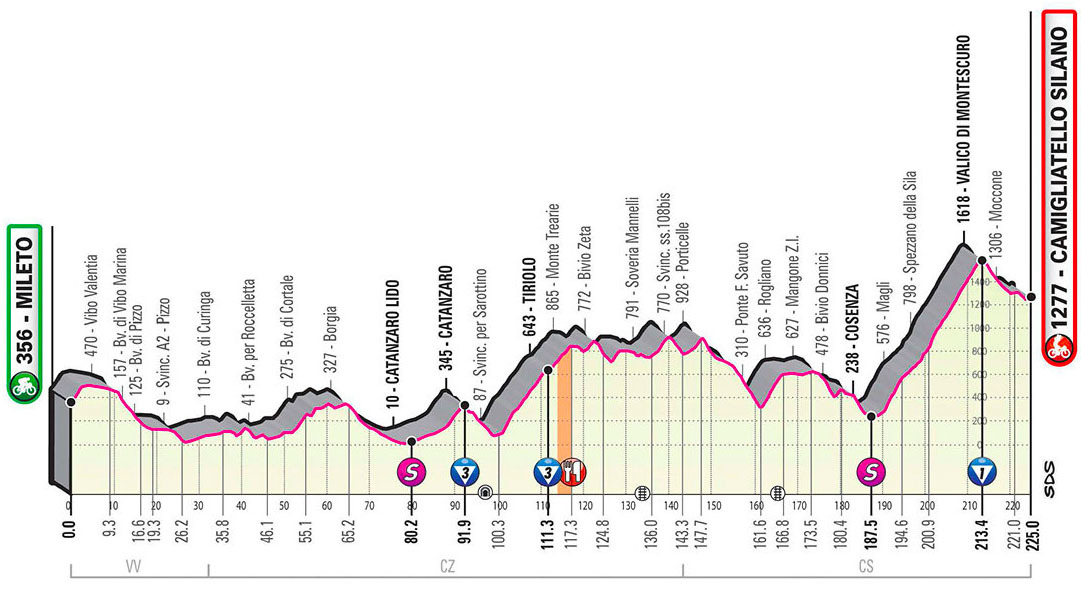 A hard day’s racing in Calabria, 225km with a tiring climb at the end, today’s is a mountain stage. 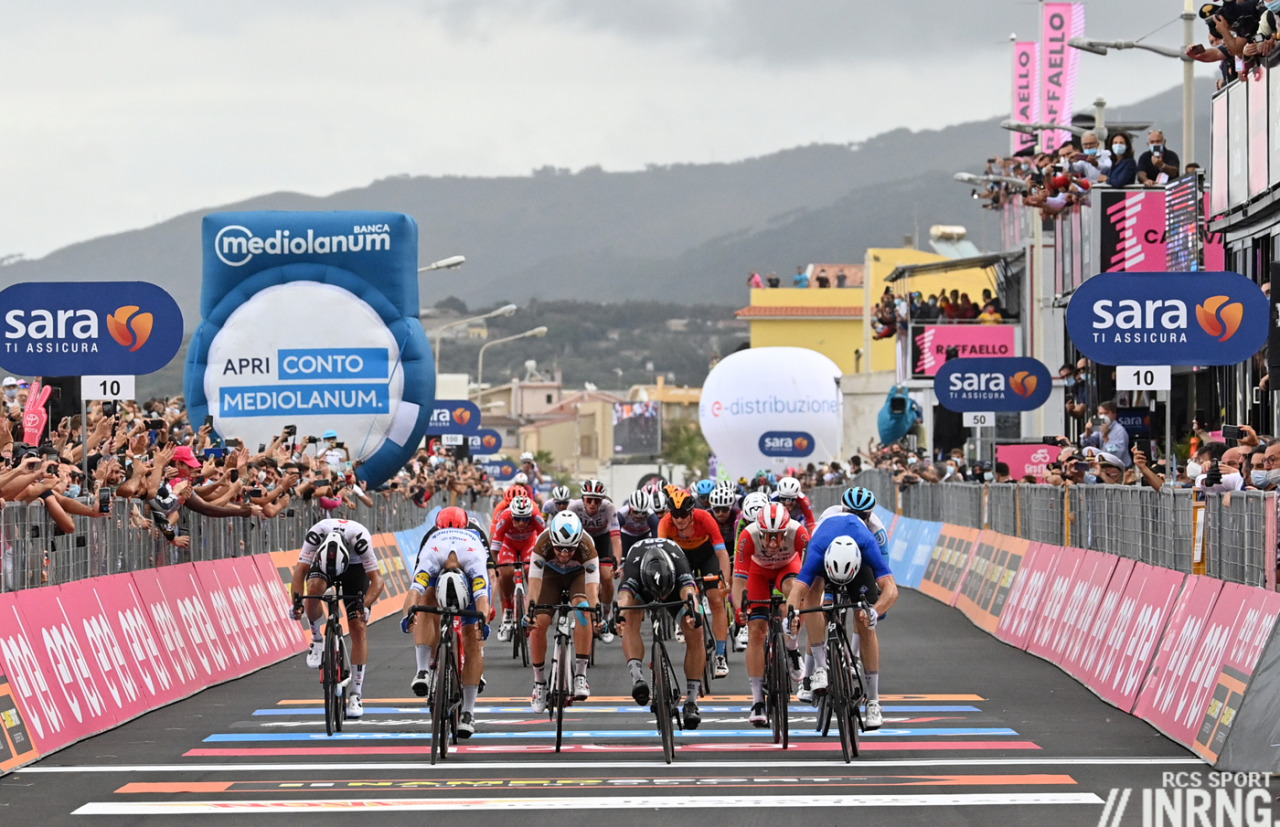 Nono, si si: Simon Pellaud lasted the longest from the breakaway while behind Bora-Hansgrohe accelerated on the day’s climb and dropped several sprinters, it set up a long pursuit race with Fernando Gaviria and his UAE team adrift at 30 seconds. Bora’s tactics worked in that it kept the Colombian at bay but also used up riders who might have been used in the sprint train for later. We got the predicted sprint and it needed a photofinish to tell the riders apart, there was a moment when Quickstep started cheering after the line thinking Davide Ballerini had won but the official verdict fell and Arnaud Démare was the most photogenic. Peter Sagan was an inevitable second but so close and his stage win is getting closer. 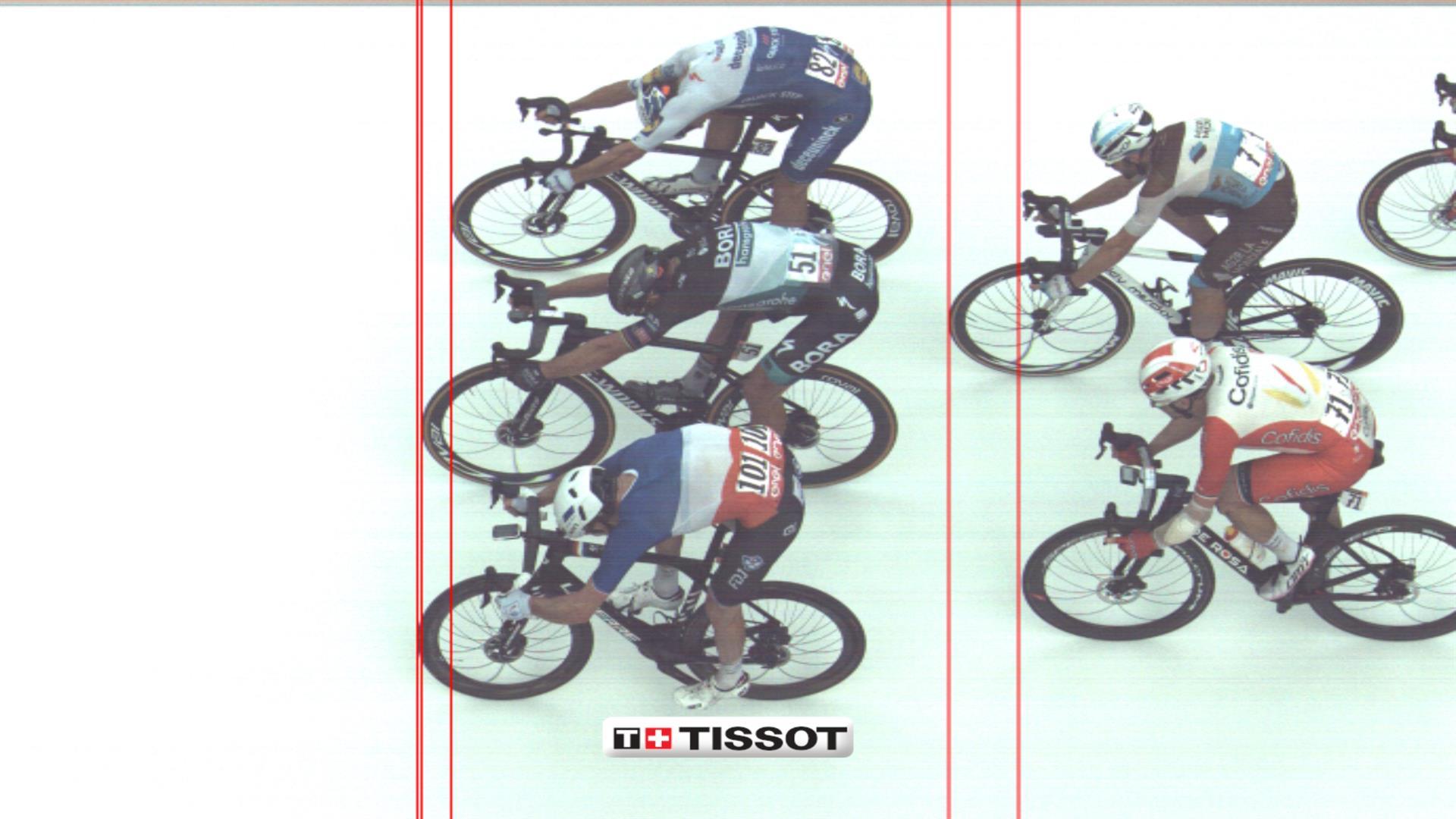 Meanwhile further back several riders were taken out when crash barriers fell into the road. A gust of wind, or the downwash from a TV helicopter? Vini Zabu manager Angelo Citracca blamed the helicopter but got shut down on RAI TV. Now perhaps they wanted to establish the facts first and as of now we don’t know what happened and why it happened, just that Luca Wackermann is out of the Giro. But it’s awkward for all sides, the team could complain but given they depend on a wildcard invitation from the organisers, who in turn rely on RAI as their biggest source of income… complicated. It brings to mind the case of Johnny Hoogerland and that barbed wire fence in the Auvergne, long a tricky subject at France Télévisions.

The Route: a hilly day in Calabria with some hard roads, this is a stealth mountain stage, it’s 225km with well over 4,000m of vertical gain. 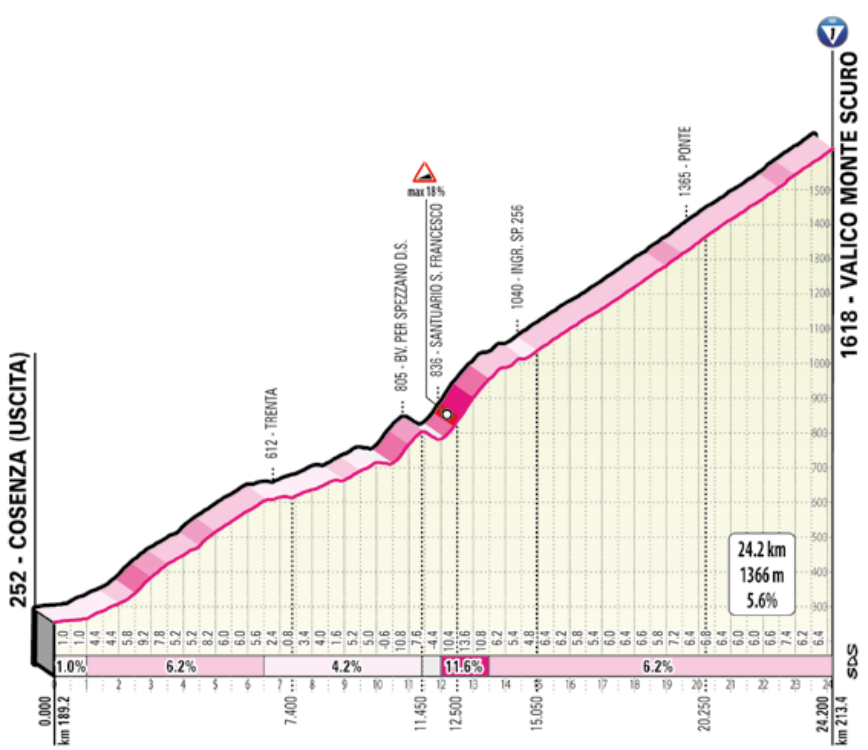 The Valico di Montescuro (“Dark Mountain Pass”) is 25km long and a steady climb for the most part but they turn off the main road for the passage through Spezzano and this is a tactical moment as it’s both steep and narrow here. Then it’s back to the main road which winds its way up. The descent is similar to the ascent, a wide road.

The Finish: the descent ends with 4km to go, from here it’s undulating but fast and with 500m to go there’s a quick chicane before the finishing straight which rises a touch before the line.

The Contenders: a good day for a breakaway, if the move can stay clear the winner can either barge away on the climb, or win the sprint from the group. For the former Thomas De Gendt (Lotto-Soudal) is looking like a good pick, also Valerio Conti (UAE Emirates), Joey Rosskopf (CCC) and maybe Rohan Dennis (Ineos). For the latter Diego Ulissi (UAE Emirates), Fabio Felline (Astana), Tony Gallopin (Ag2r La Mondiale) and Lucas Hamilton (Mitchelton-Scott) come to mind, but these are archetypal riders rather than certain picks, it’s a lottery scenario.

A GC battle? Why not? Well because the Montescuro climb is more 5-6% rather than 7% or more so it’s not steep enough to be really selective. But it’s long, it comes after 200km and there are not so many teams to control things so it could be worth a try.

Weather: not the welcome to the mainland the riders might want, 18°C and rain showers.

TV: the climb out of Cosenza begins around 3.10pm CEST and finish is forecast for 4.30pm.

There’s also the Brabantse Pijl race today, with Julian Alaphilippe and Mathieu van der Poel in a rematch, the Dutchman beat the new world champion last year. What time does it finish? A mystery as the race organisers don’t want to communicate the course details and timings in order to dissuade people from coming to see the race… but you should be able to watch today’s Giro finish and then switch over to the finish in Belgium.