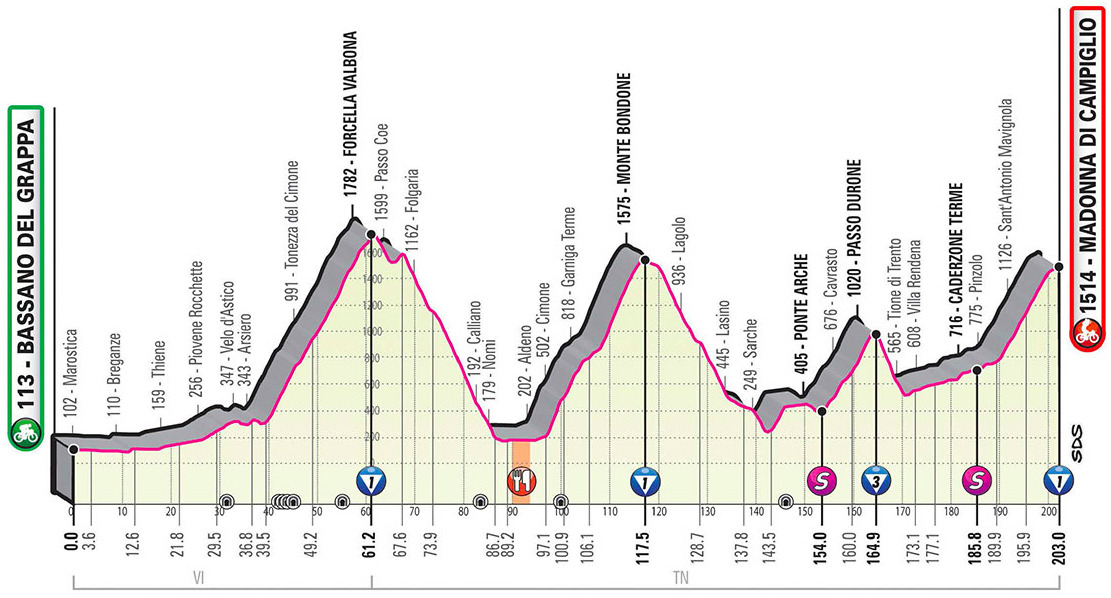 A giant day in the Alps but will the preceding climbs be enough to soften up the race in time for moves on the final slope to the ski resort of Madonna di Campiglio? 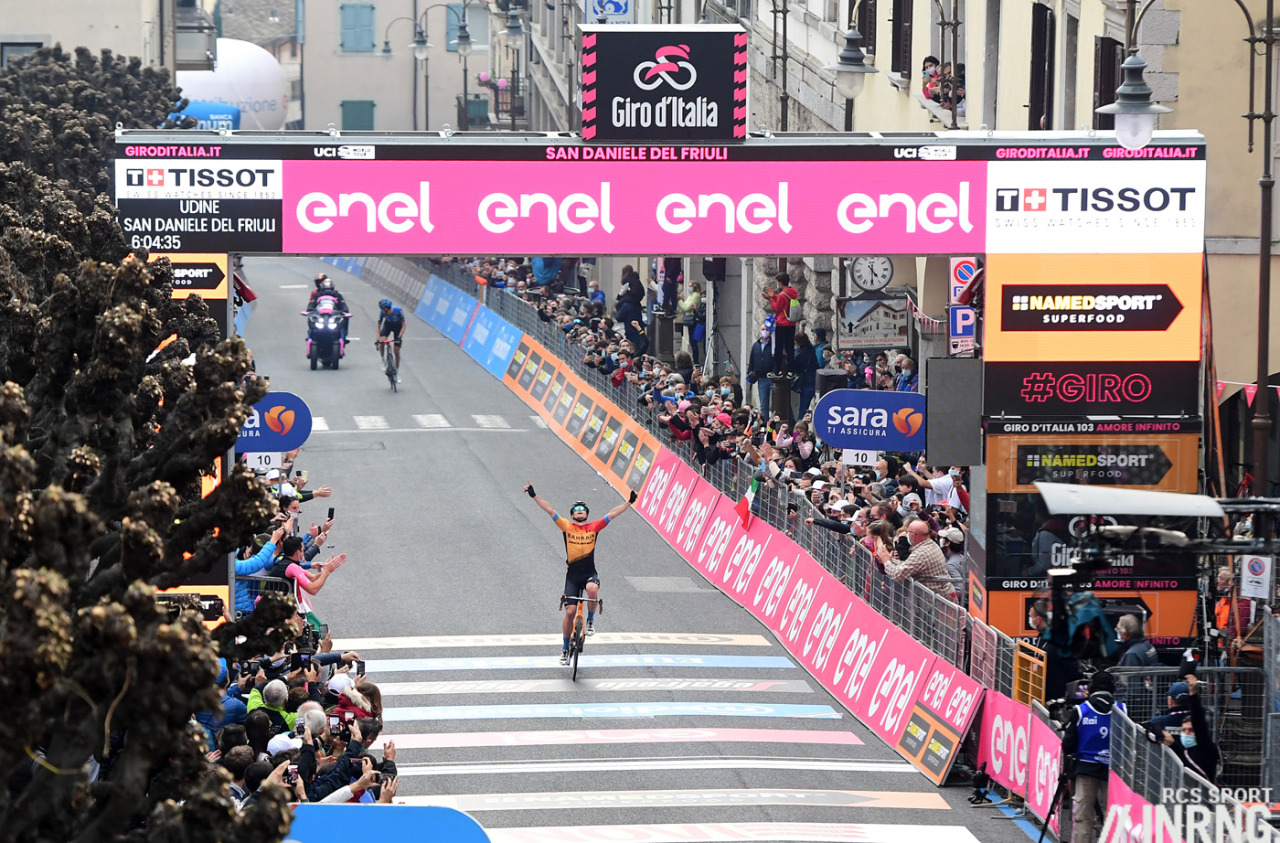 Stage 16 Review: a big breakaway and first Ruben Guerreiro and Giovanni Visconti provided the attacks as they chased the mountain points. Astana’s Manuele Boaro was the first to attack for the stage win. He was joined by Bahrain’s beefy Jan Tratnik and it looked too early for a duo to stay away, a prelude to later contests, only for Tratnik to go solo for over an hour. On the final time up Monte Ragogna Ben O’Connor just made it across to Tratnik at the summit of the climb. The Australian was doing a lot of work in the final, yes Tratnik had team mate Enrico Battaglin policing the chase behind but there was room for both to play games. O’Connor paid for his generosity when Tratnik punched clear on the steepest part of the final kilometre. There was no battle behind among the GC contenders until João Almeida launched with a kilometre to go, his move only gained two seconds but was still a strong display. Was it a psychological gain or a swansong? Answer today… 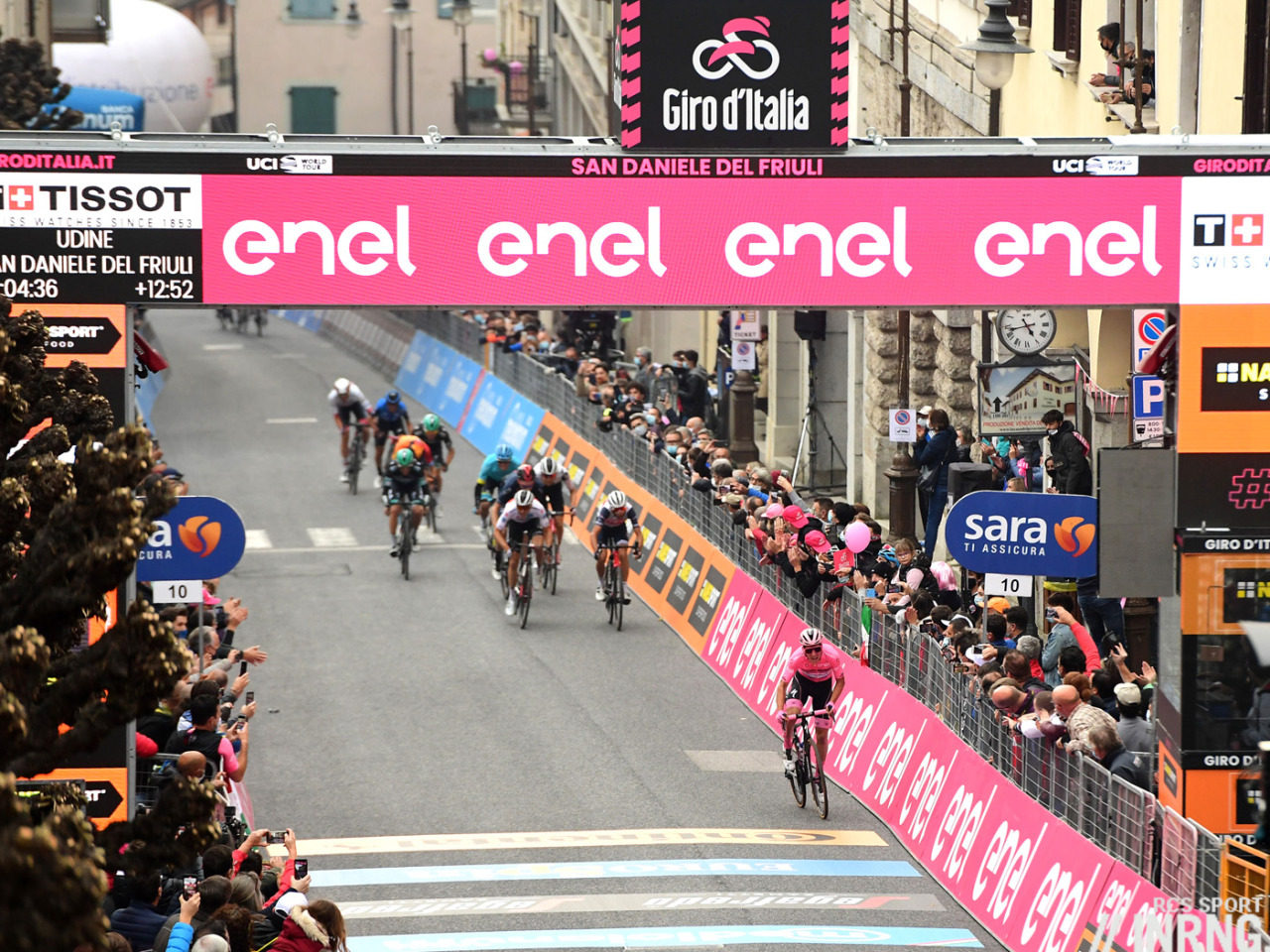 The Route: 203km and well over 5,000m of vertical gain. There’s 40km across to the first climb, the Forcella Valbona, 22km at 6.6% and a long, steady climb and the kind where the pass at the top doesn’t mark the start of the descent, there’s a series of other passes to ride past before the descent.

Next up is Monte Bondone, a giant of a climb and on a narrow road. Crucially the second half is the hardest part, it’s 20km at 6.8% but with plenty of 9-10% sections in the second half making it hard going as it winds its way up. The Durone, or sometimes Duron, is the easiest climb of the day, 10km at 6-7% most of the way and all on a big wide road.

The Finish: a long climb but a very regular one and on a wide road designed to take coachloads of skiers to the ski resort of Madonna di Campiglio, it’s a steady 6.5% for most of the way up before easing to the line.

The Contenders: a good day for the breakaway and which climber or strongman to pick? It’s not obvious once you scan the field and exclude those likely to be retained for the GC ambitions of their leaders. Thomas de Gendt (Lotto-Soudal). Movistar have no ambitions for the GC but who can win from the breakaway, several but it’s not easy to pick one? Mark Padun (Bahrain-Merida) missed out the other day thanks to a broken front wheel.

Among the GC contenders, today’s stage finish isn’t so selective so João Almeida (Deceuninck-Quickstep) has a good chance of holding on if he can cope with the earlier climbs, or rather if the other teams don’t try and put him to the sword. They might prefer to wait for tomorrow’s Stelvio stage and if so and the GC contenders come in for the finish he’s a contender to win the sprint. Otherwise Tao Geoghegan Hart (Ineos) is the pick to repeat his Piancavallo stage win.

TV: the finish is forecast for 4.30pm CEST. Then switch to La Vuelta just in time for the start of the long climb of San Miguel, almost 10km at 8% and then a descent to the finish.