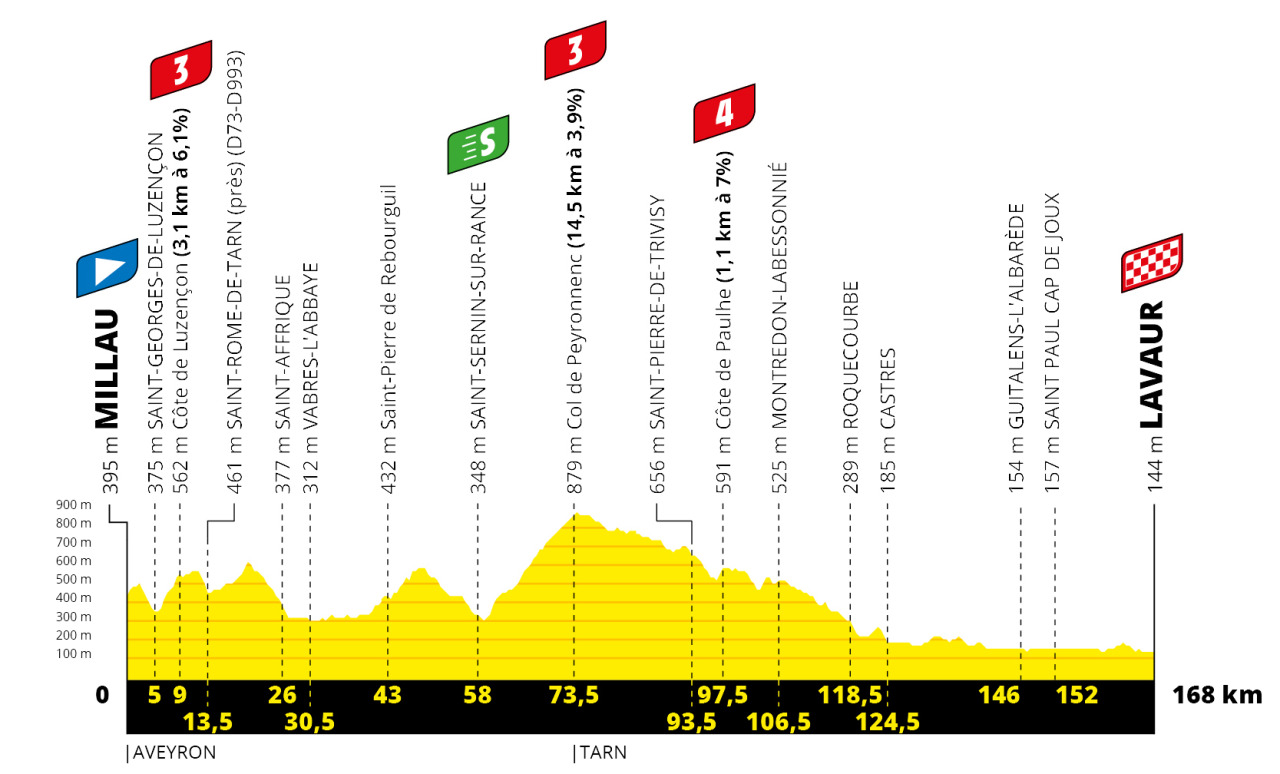 A likely sprint stage but watch out for the wind, the forecast says a breeze for the course but they’ll be stronger gusts not far away from the route so if things change just a touch it might be worth tuning in for the final 90 minutes rather than just the sprint at the end. 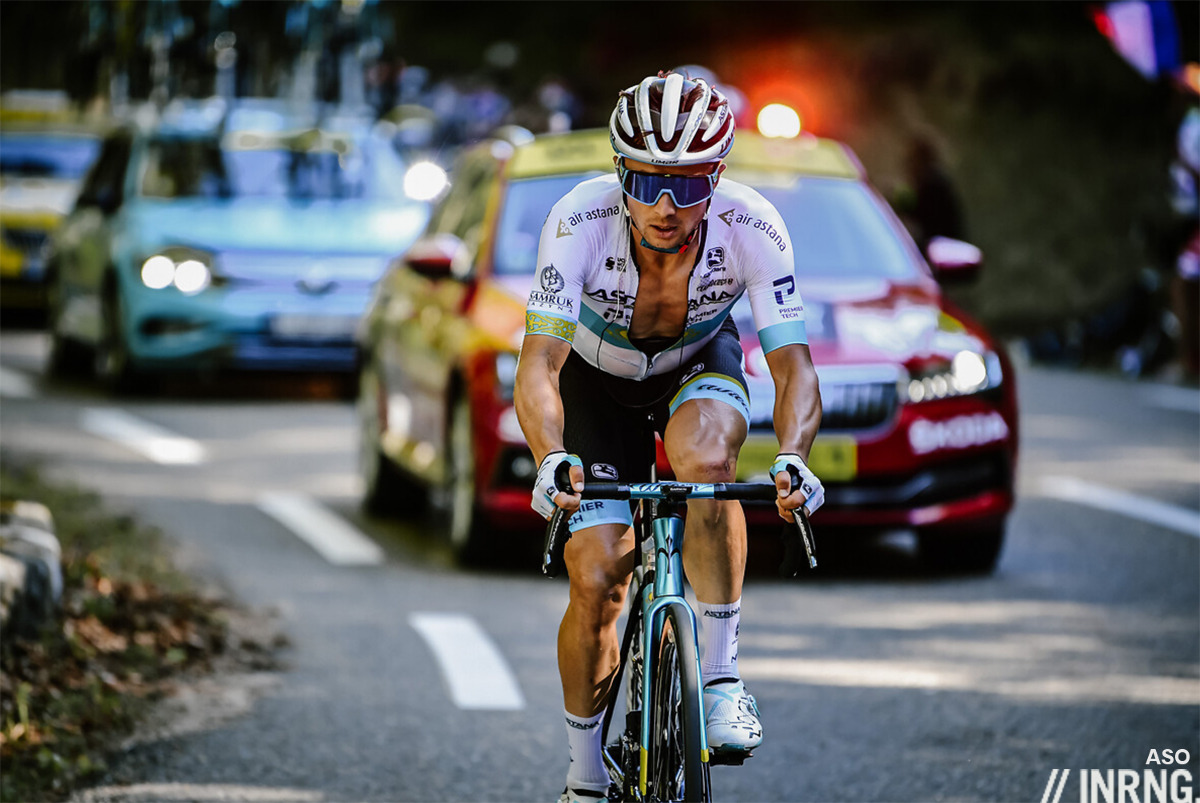 Mount Equal: Rémi Cavagna, Greg Van Avermaet, Alexey Lutsenko, Jesus Herrada, Daniel Oss, Neilson Powless, Nicolas Roche and Edvald Boasson Hagen (NTT) made the break, arguably the best part of the stage as they dangled off the front of the bunch at 10-15s for a long time. You wondered what Oss, Cavagna and Boasson Hagen were doing on a stage that finished atop Mont Aigoual? What they were doing is towing the group clear and if it the finish wasn’t for them maybe Lutsenko would not have won the stage without their generous efforts. Gravity, that mysterious certainty, applied on the Col de la Lusette and Lutsenko was the strongest and went solo over the top to take his first Tour stage win. After swapping karate for cycling he’s been Astana’s central project, perhaps even the team’s raison d’être for several years now to the point it’s surprising he’s still just 27 years old, he rode the Tour de France for the first time aged 20 and if it wasn’t for Covid-19 he could be the Olympic champion already.

Lower down Ineos set the pace but it wasn’t fierce, few riders were being dropped and it was less a yellow jersey group and more a peloton: more than 50 riders were together at the pass after long double-digit gradients. Everyone watching would have liked to see a race but it didn’t happen’ it’s surprising others didn’t up the pace a touch because riders like Emanuel Buchmann and Thibaut Pinot are still nursing injuries and there was a chance to see if the could be ejected and eliminated from the overall classification.

The Route: a start in Millau and a ride past the famous viaduct and then straight into a climb where if a couple of riders want to press the pedals they’ll get a day release ticket. The Col de Peyronnenc looks serious on the profile but it’s a gentle 3-4% all the way. After 120km the race has flat roads but it’s here that the race is most exposed to the wind, the roads are straight and often shaded by plane trees but exposed.

The final 33km are all on the same road, it rises and falls in places but otherwise has long straight sections and it’s exposed to the wind but the forecast looks like it’ll be calm but it doesn’t take much for the local Vent d’autan to get up around here.

The Finish: a dragstrip finish, a slight downhill run into town and then it rises to the flamme rouge but only just.

The Contenders: a likely sprint finish and the names get sprinkled into the same box below. Caleb Ewan (Lotto-Soudal) was off the pace in Privas the other day but still looks like the safest pick. Sam Bennett (Deceuninck-Quickstep) is close each time too while Cees Bol (Sunweb) would have won a stage were it not for Wout van Aert being allowed to race for himself. Even if Wout van Aert is on team duty today he might still have a chance if things split up in the crosswinds and he’s towed his Jumbo-Visma team mates to the first group.

Weather: hot and sunny, 31°C and a tailwind for the finish. It can be windy in the area but checking five forecast models for the race, three say it’ll be calm in the region, one says the Vent d’Autan will rise a little and the fifth predicts aggressive crosswinds but the route will only just touch the windy zone.

TV: live coverage from the start at 1.25 CEST to the finish forecast around 5.30pm Euro time.