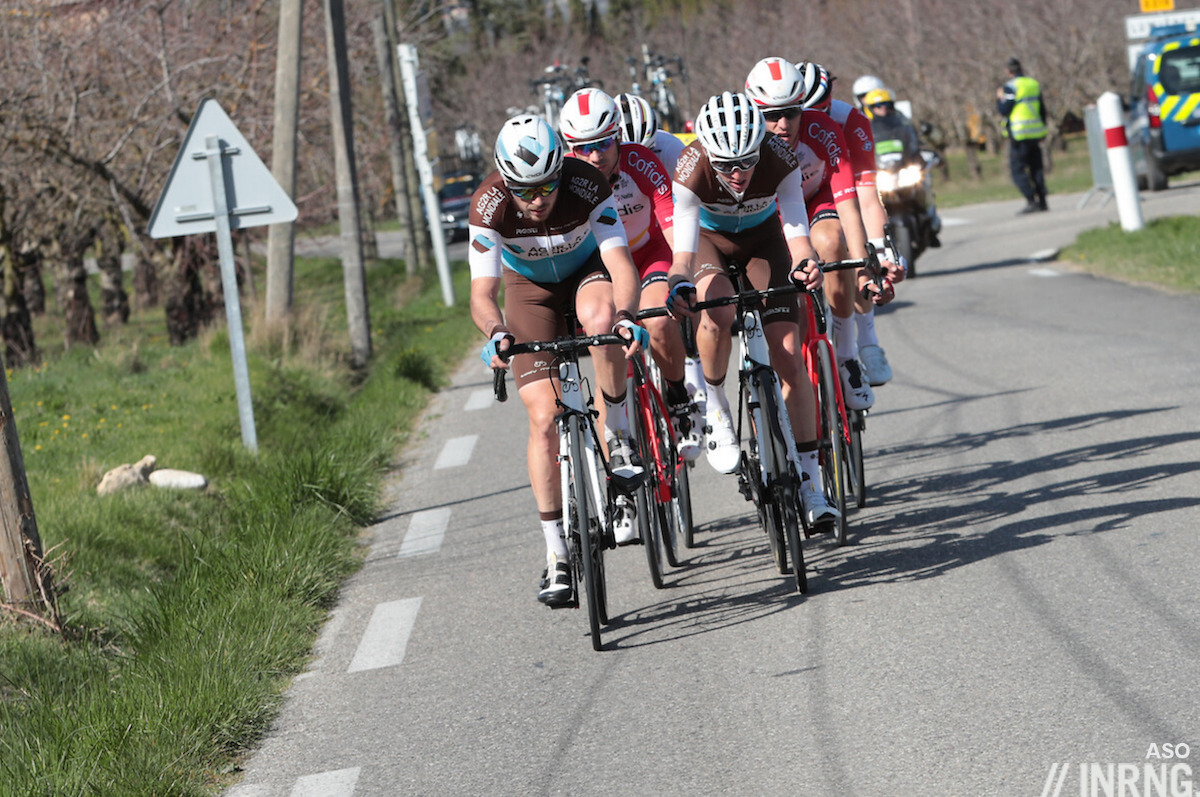 It’s become an annual tradition here to look at the finances of Team Sky/Ineos and Ag2r La Mondiale. Why? Because they’ve been the only teams to file accounts.

Team budgets matter but data are hard to come by. Some of the estimates doing the rounds in recent years are so dubious they’ve managed to get the numbers that have been audited and published wrong. Here’s a closer look at the published accounts and money behind the brown short brigade…

Ag2r La Mondiale? It’s a French social insurer, people and companies can take out pension plans, life insurance, pet cover and other savings. It’s a mutual where policy holders own the business and is one of France’s largest insurers. It was going to become even bigger with a merger with Matmut, another French mutual, a subject reported on here the last time we looked at the team’s finances but the merger was stopped at the last minute with executives citing “a difference in values”, the corporate version of a bride or groom doing a runner from the altar in their wedding garb. The firm has been a sponsor of the team since 1998, first as a co-sponsor for two years and then it’s been Ag2r La Mondiale since 2000.

The team’s 2018 season was a decent one but not stellar, Romain Bardet was second on the Strade Bianche and sixth in the Tour de France, Oliver Naesen won the Bretagne Classic, Silvan Dillier was second in Paris-Roubaix, Alex Geniez and Tony Gallopin took a stage of the Vuelta each. 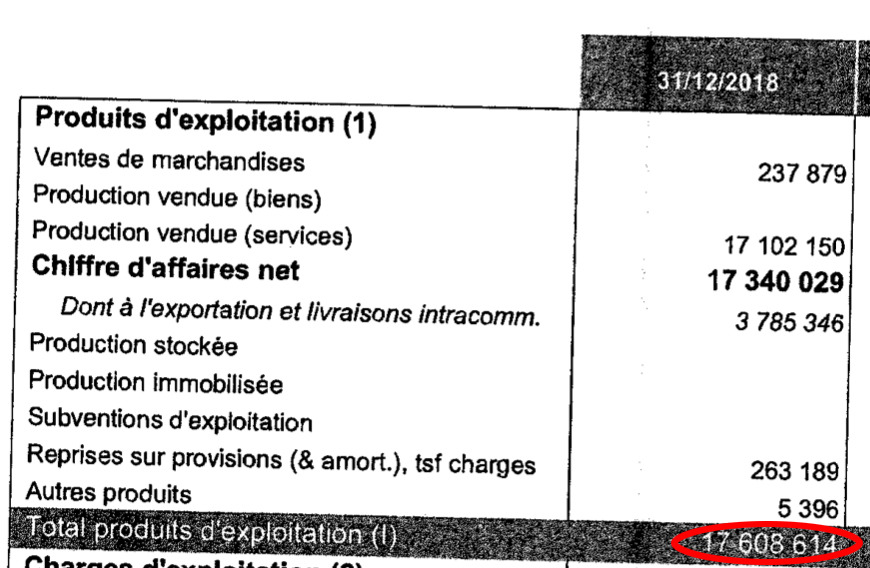 That’s a screengrab of the public filing of the accounts and you can see the budget for 2018 is €17,608,614. Again it’s for the year ending 2018 and not last season, once a year has ended the numbers are crunched, audited, accounts prepared and reviewed and then filed with a court clerk in the Alpine town of Chambéry where the team has its HQ and this all takes time… and a reader kindly sends them over, merci. The grab above shows  the revenue received but there’s little breakdown, just €238k for “sales of goods”, an end of season sale of bikes comes to mind but for this team the old team bikes are often hand-me-downs for their development squad. The other line of €17.3 million is sponsorship in total but also other income teams get like participation fees from race organisers and so on. 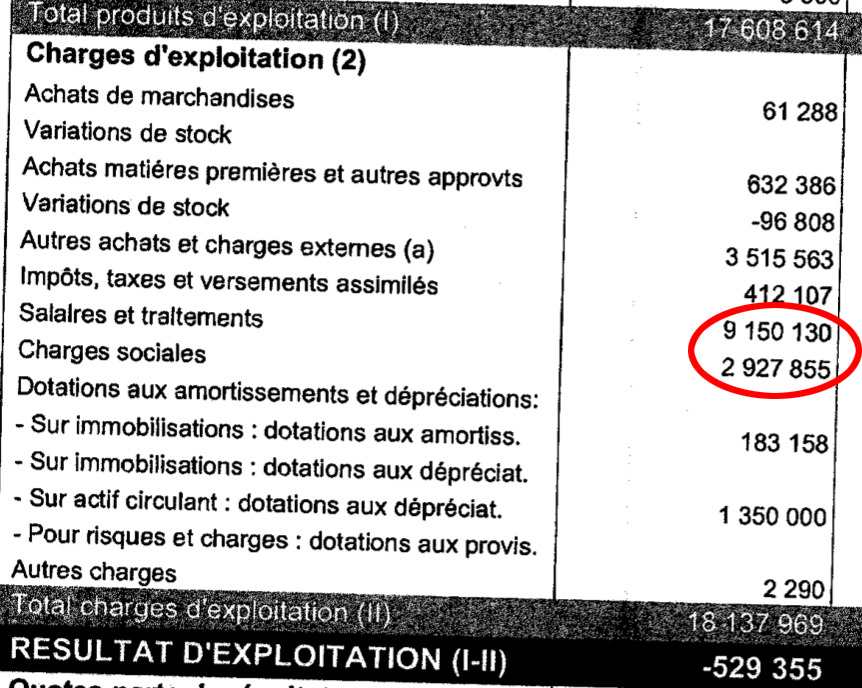 You can see the spend for 2018 was €18.1 million but for consistency here the headline budget is the revenue, the money flowing in but be aware of both figures. There’s a loss for 2018 of half a million Euros but this is covered from reserves; there was a profit of about the same amount the previous year and the aim is this balances over the years. The entire wage bill for the team is €9.150 million on top of which is added €2.93 million of “social charges”, French jargon for payroll taxes. Unlike some other countries and teams, French riders are hired as employees and French payroll taxes, some of the highest in the world, apply. This makes it harder for French teams to recruit a star rider, someone on the market for say, €1 million will take €1.3 million out of a French team’s budget. It’s a reminder that talk of budget and salary caps are easier said than done. The gross wage bill is €12.1 million, roughly 70% of the team budget. Among the other lines of expenditure is €632k on “raw materials” which presumably includes fuel for the team vehicles, travel expenses but it’s hard to know where this stops and things like training camps and other expenses begin.

As this team publishes the accounts annually we can trace the budget over recent years and the chart above shows a compound growth rate of 9.4%. You can see the growth rate is slowing, the increase on 2017 was 4%, the smallest annual percentage increase. There were few roster changes but big name Domenico Pozzovivo left and Silvan Dillier joined but we’ll come to a financial hit in a minute.

This grab shows the number of staff on the books: 65, with 13 managers and 52 employees. It’s normal for teams to have more staff than riders but rare to see the count in black and white. Some teams hire in help on a more contractual basis, eg a soigneur or mechanic can be hired for a weekend.

The accounts have notes with provisions for two one-off events. First is a court case with an ex-rider where the team has been awarded €258,000 but it’s gone to appeal so for now only €100,000 is recorded in the accounts (your guess is as good as any but one possibility could be Lloyd Mondory who was caught for EPO in 2015 and the case has taken its time). Next is the matter with Factor bikes, they were sponsoring the team but as L’Equipe has reported, the manufacturer “couldn’t meet its financial commitments” to the team and so the deal ended. Here the notes say “there is uncertainty over the outcome of the settlement in the sponsorship contract” and that the team banked €700,000 on 31 December 2018 but the promised sum was €2.5 million, leaving €1.8 million outstanding and the team books a hefty charge €1.35 million as a bad debt. This explains plenty like the sudden switch to Merckx and Ridley and the team’s concerns over its equipment, it’s not just been a technical choice of material but a substantial sum of money they’ve been missing. 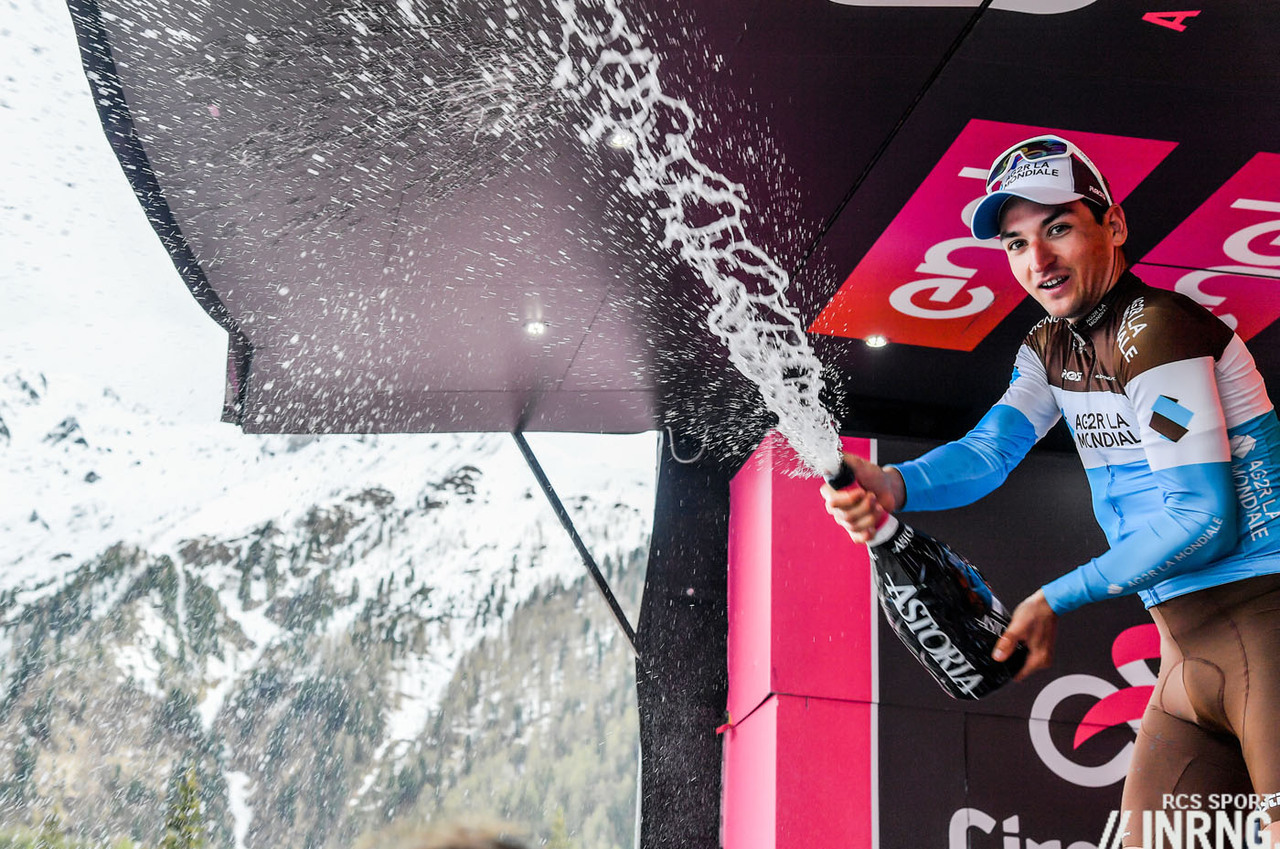 Conclusion
It’s dry but money makes the wheels go round and the mention of the court case against an ex-rider and the sum for the Factor sponsorship in black and white is spicy. 2018 saw an increase again but only a small one and it’ll be interesting to see what happened for 2019 given the shortfall from Factor but this is against a stable roster of riders, the team hasn’t made any big signings. It has its own development team in Chambéry Cyclisme Formation which has provided a steady pipeline of talent like Bardet, Latour, Peters, Cosnefroy and more, to the point where they produce a surplus, they wanted to promote American Matteo Jorgenson to the pro team but in a year’s time only he went to Movistar instead. Looking ahead the squad has 18 riders with their contracts up for renewal at the end of the year including leaders Oliver Naesen and Romain Bardet which is a big financial challenge to square in the best of times but the sponsor has extended their backing until the end of 2023.