The Tour of Flanders might not visit the Kapelmuur in Geraardsbergen in 2020 following a row over money. Apparently the race has been charging the town money and now local politicians want to spend the money elsewhere.

As a recap, the Kapelmuur in Geraardsbergen, sometimes just known as the Muur (“wall”) has long been the iconic climb of the Tour of Flanders. This is down to its severity with a peak gradient of 20% and protruding pavé; to the chapel at the top which serves up religious approximations; and because it was long the penultimate climb of the race and often a decisive final attack would determine the winner. Still all this dates from the 1970s when the race started to use the Muur so it’s a relative novelty.

In 2012 the climb was dropped from the route after the finish was moved to Oudenaarde, about 40km to the west, largely so the race could have finishing circuits that pass lucrative VIP tents and because Oudenaarde paid for the privilege. With the finishing circuits the race route was too far to the west to make a detour for the Muur even if it wanted to. Geraardsbergen even held a symbolic protest march at the loss of the race. 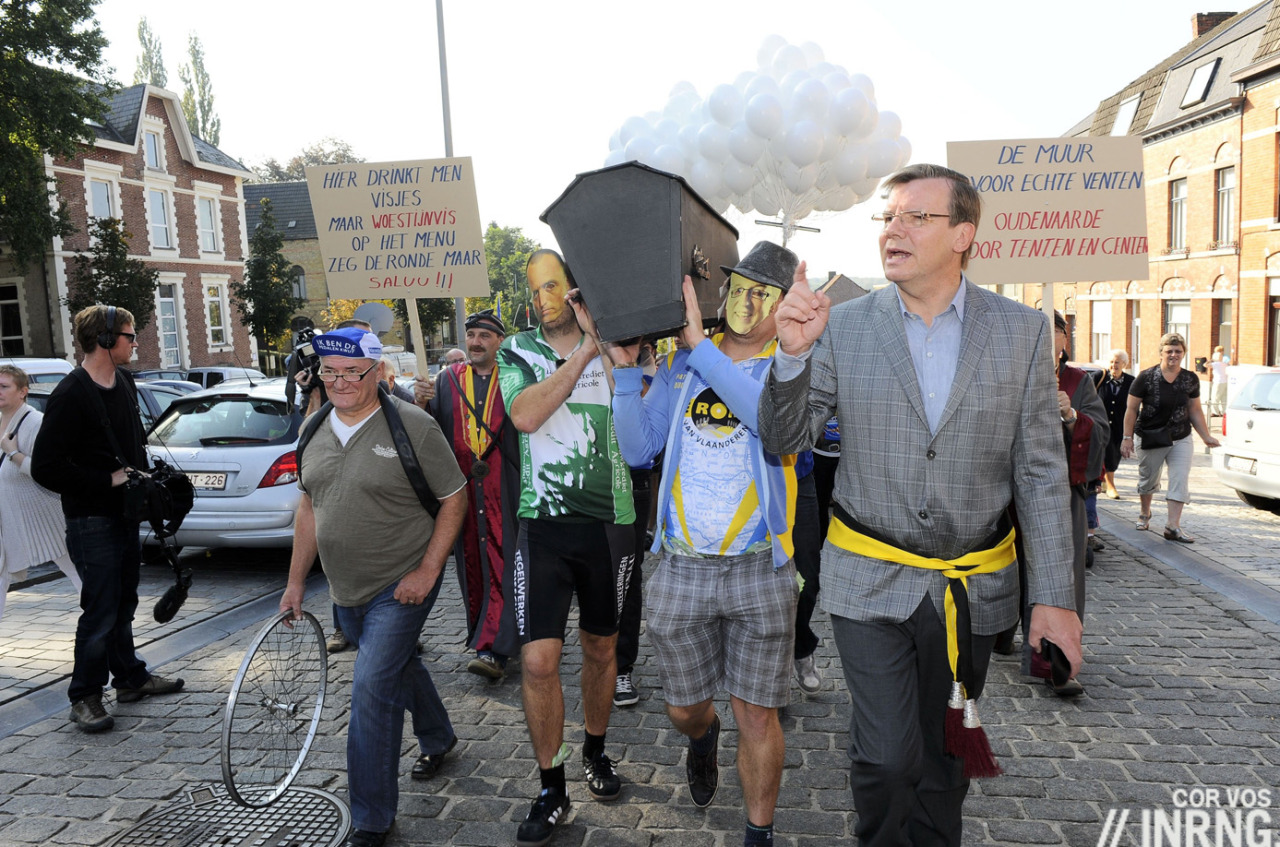 The climb was added back to the route in 2017, in part because the start was moved to Antwerp and so it became easier to use during the route. Since then it’s come with about 95km to go, the part in the race where you might want to settle in on the sofa to pick up the race for the afternoon and it’s still a tactical point in the race.

Now it’s off the route because of a row over money. Apparently the inclusion in the race came at a price with the town of Geraardsbergen paying for the race to swing by. The idea being that the Ronde puts the town and its Muur on the map, maintaining it as a tourist destination for wielertoeristen who want to try the wall for themselves and along the way they’ll eat, shop and possibly even stay in the town. So race organisers Flanders Classics could charge for this, it makes sense when viewed like and knowing the start and finish towns also pay for the race.

Elsewhere in Belgium things have been in the other direction. Heuvelland council started asking for €300 to cross the Kemmelberg, loose change for Flanders Classics but the problem was more one of locals being fed up with so many other races. The Flèche Wallonne has altered course when Ham wanted about €500 for fear if it paid one town then every mayor en route would join a queue to get paid.

However with the Muur it’s not so much a trend as more a local cost-benefit analysis. Mayor Guido De Padt (that’s him in the picture above with the sash around his waist) saying he’s already had to close the local outdoor swimming pool and paying the race is too much, he’d rather spend the money locally on different things. Interestingly the race replies it might still go via Geraardsbergen, presumably because it’s too late to redraw the plans, revise policing and so on… but if there’s no payment then it’ll just skip the Muur.

The amount in question is significant, €50,000 apparently. This kind of money can get you a stage finish of the Giro, or a Tour de France stage start. Obviously the Geraardsbergen mayor can’t substitute the Ronde for a grand tour stage, the comparison is more to say it’s a lot of money for the race to merely pass through. Host the Giro and the Tour and there’s hotel rooms for the night for thousands of people, international media, a village for VIP meet n’greets and more. The Ronde, while a great race, thunders through. 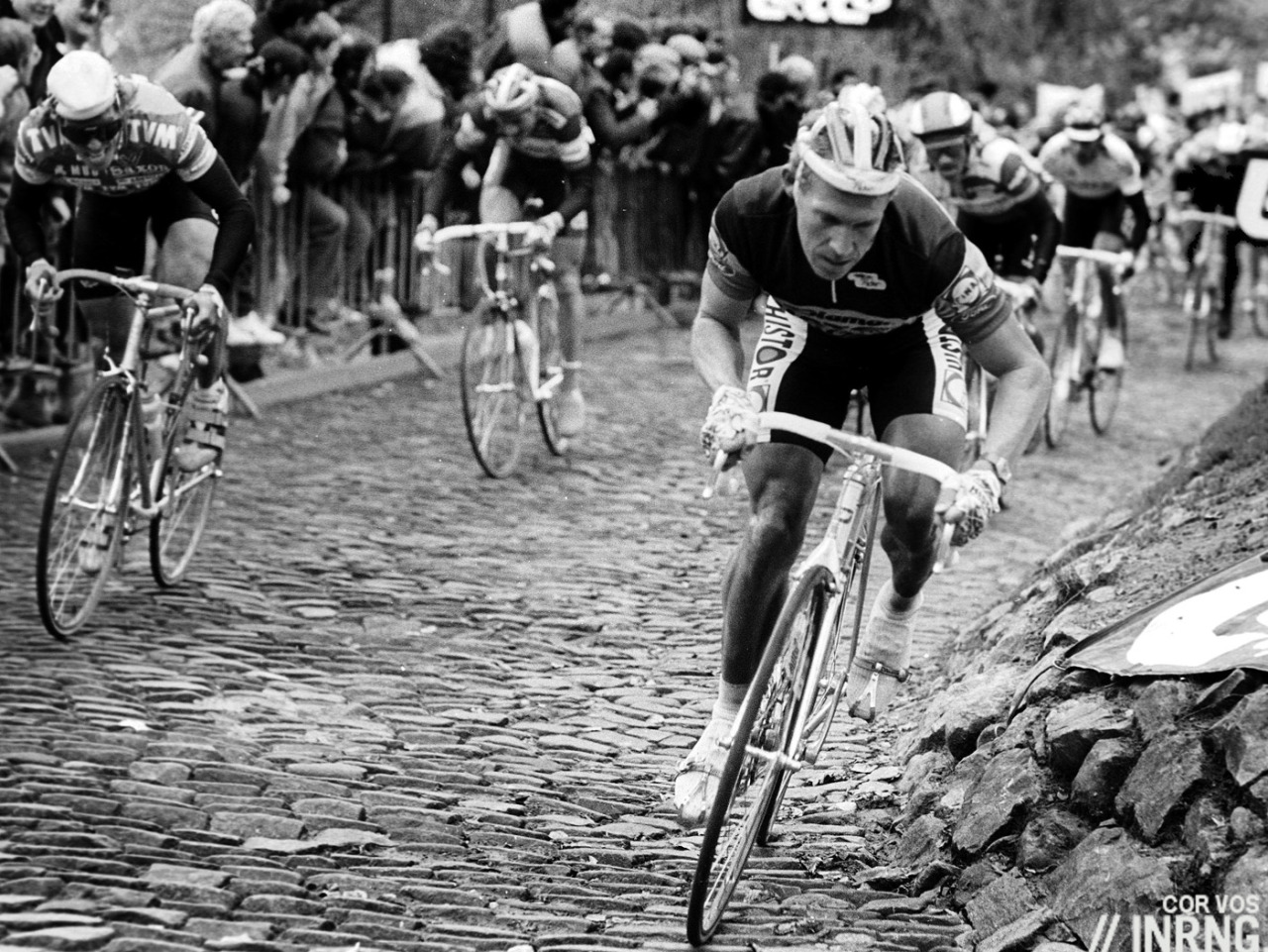 What price the Muur? If the Muur was “only” added in the 1970s it’s because of societal changes all around. Roads were being tarmacked meaning the race needed to actively hunt down difficulties and at the same time TV was becoming essential for pro cycling. These climbs have now come to define the race and to skip the Muur feels like the race is losing some of its cultural heritage. Losing it from the route in 2012 was bad but could be explained as the course changed. Now if it’s dropped in 2020 just because of a row over money then it’s a very different look, especially if the race will even visit Geraardsbergen but make a point not to use the climb. Flanders Classics might end up €50,000 down but the race will surely be poorer for it.