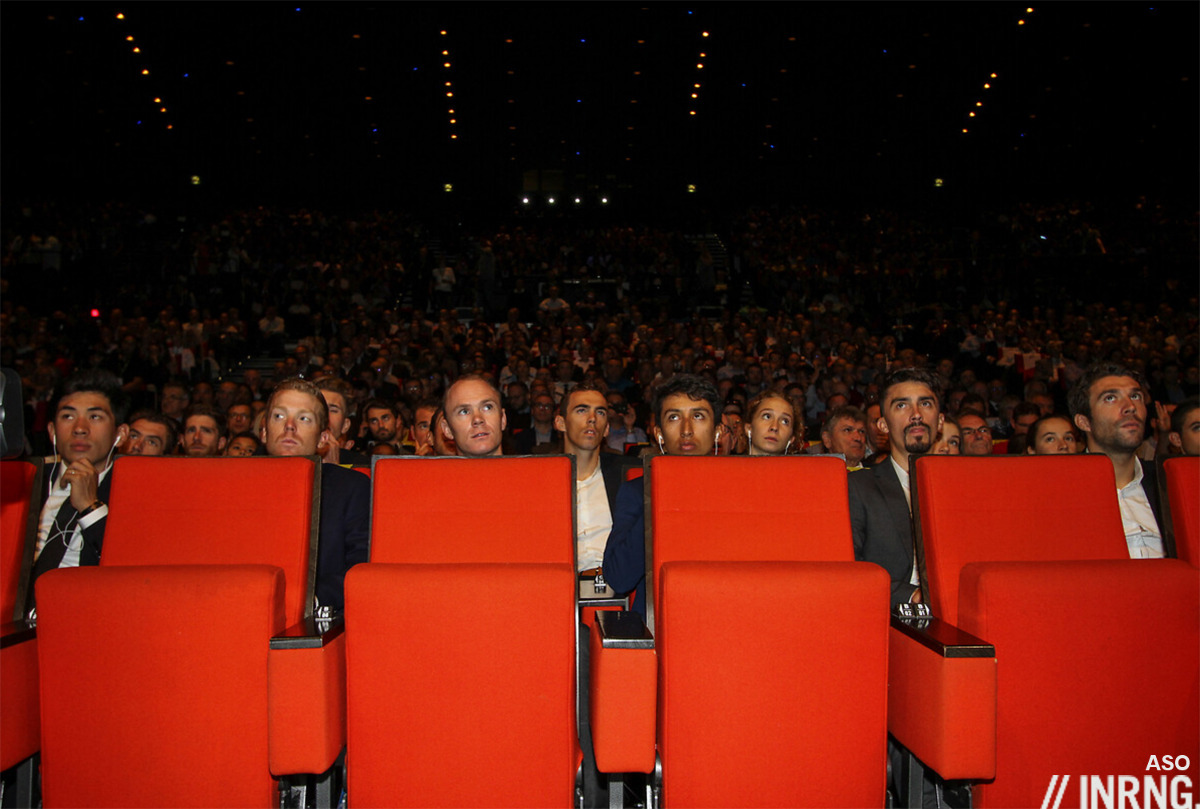 Having looked at the route in a procedural sense on Tuesday, now time to take a step back and look at things in more detail, from aspects of the course to details like the transfers and more. 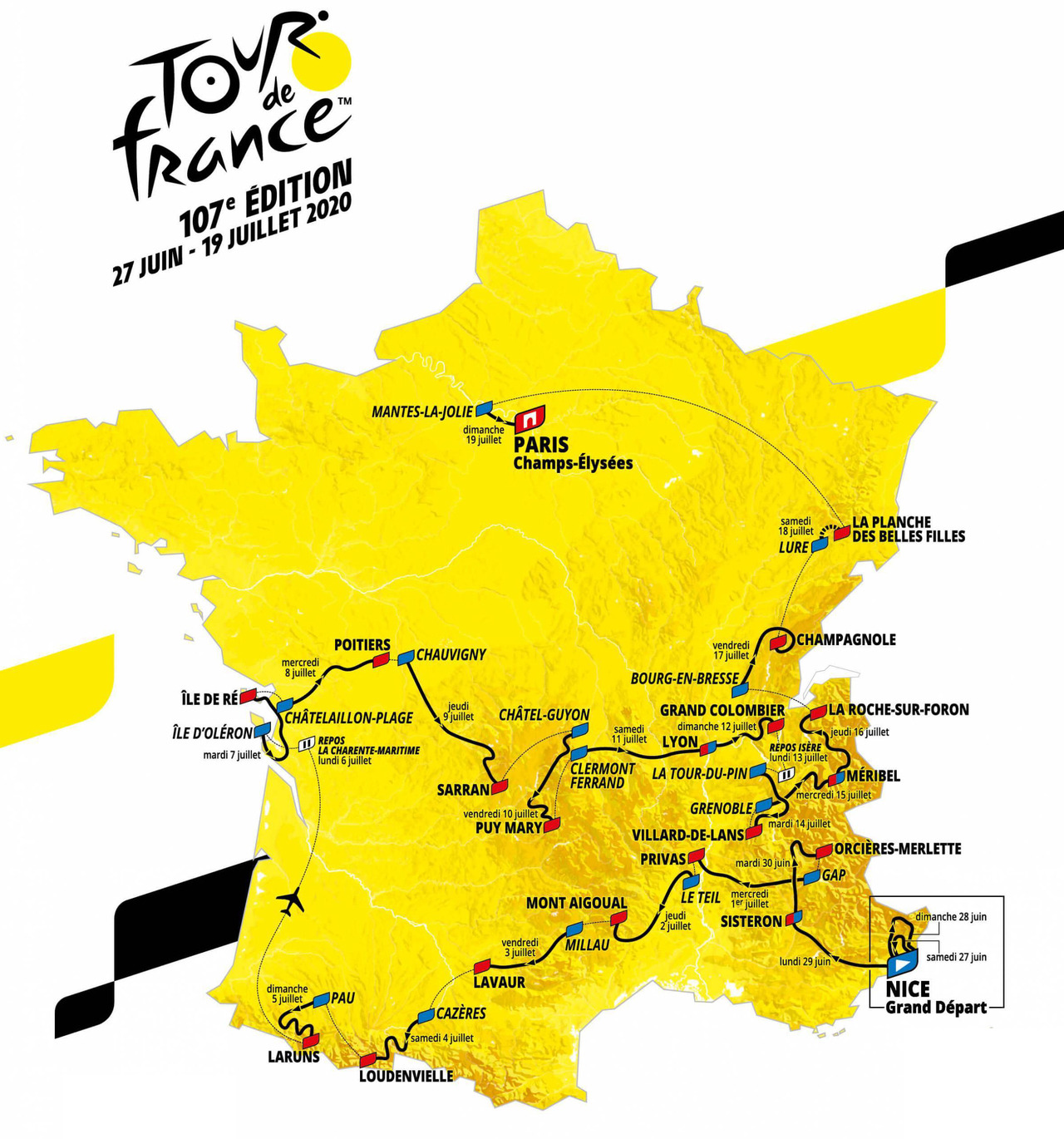 It’s certainly the Tour of the South of France with a route that barely strays north of the 46th parallel. Now the race can’t visit every region, every year and the aim is to visit each region of the mainland once every three or so years but the 2020 map looks flagrant, it’s visually a route that skips regions. But there’s data to settle things, this map below from France Info shows the départments visited since the race started. 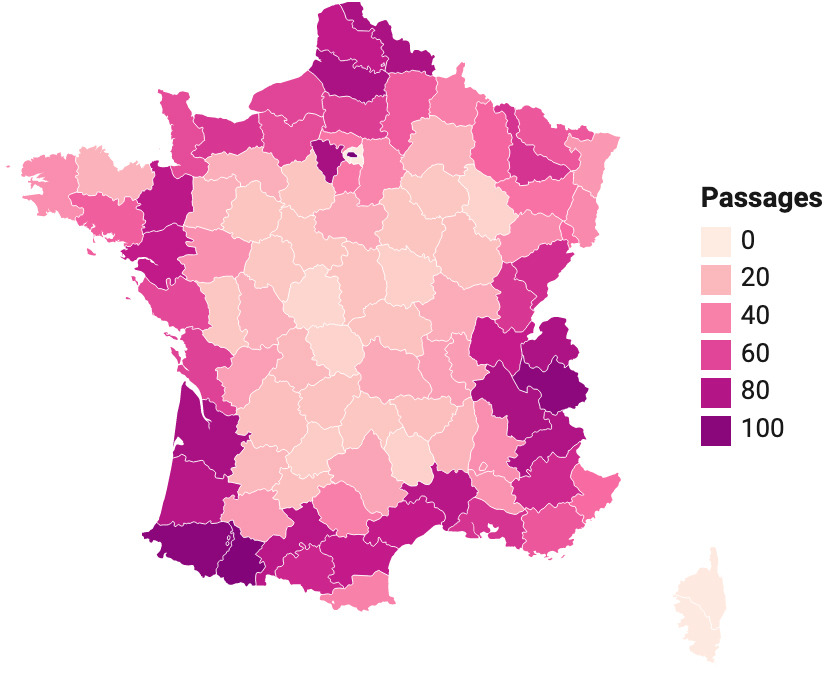 Obviously if the route had a bias to some regions in, say, the 1920s then that’s little comfort to spectators today. What stands out is France’s central areas don’t get the Tour very often. They’re sparsely populated, not very wealthy and don’t have much of a tourism industry. 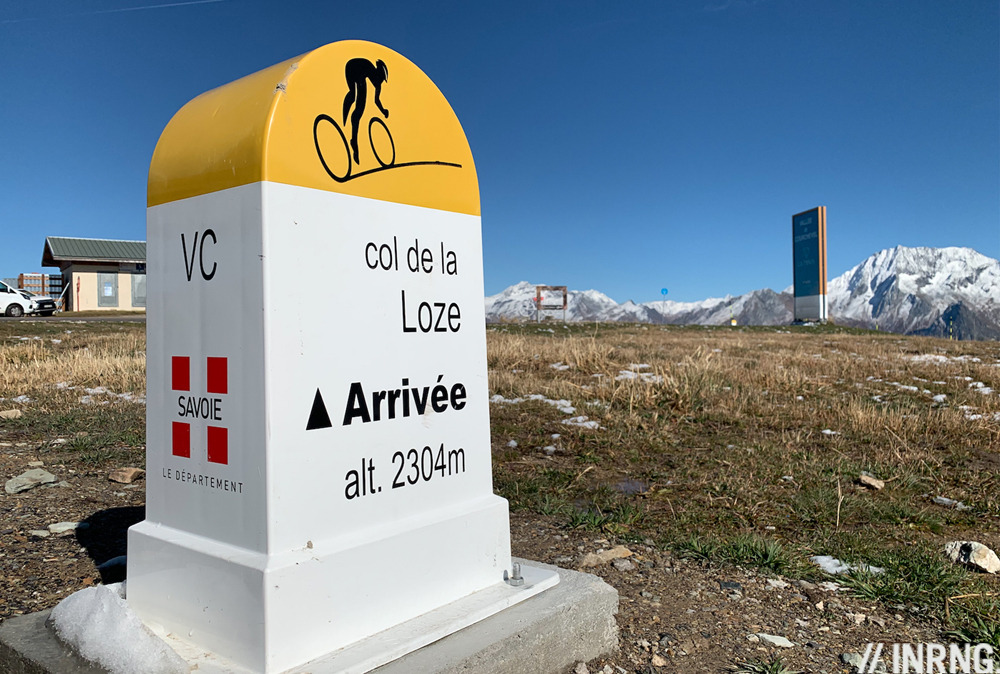 Tourism’s booming elsewhere. Christian Prudhomme described the Col de la Loze as the “prototype climb of the 21st century”. It’s a new climb, freshly tarmacked but before anyone complains about celebrating increased traffic in the mountains, note this one is reserved for cyclists and hikers only: it’s literally a cycle path and it’ll be weird to see the Tour de France going up it, a bit like the Giro’s opening team time trial in 2015 on the Sanremo cycle path. It’s not the first climb to get tarmacked to draw cyclists, see the Col du Portet in the Pyrenees above Pla d’Adet and it’s probably not the last with several projects in the pipeline for new roads made just for cyclists only. Alpine towns want to promote summer tourism and in turn they’ll want the Tour de France to come and shine a spotlight. It’s down to road cycling being seen as a tourism draw for traditional cycling resorts but also the e-bike boom where winter sports outfitters are investing in fleets of electric bikes so tourists can enjoy an assisted ride: now they can tackle a car-free climb of the Tour de France.

All this would suggest the race gets pulled to the Alps more than the Pyrenees as the tourist infrastructure is that much bigger there, there’s a lot more investment going into the Alps these days. But here’s more leeway to chose a route that encourages lively racing. In times past the hosting fees from start and finish towns dictated a lot of the course choice but this time there can be up to 300 offers to host the Tour each year and if the going rate has gone up over the years, it’s now a small proportion of the race’s income and so less of a driver. Forgoing hosting fees to have a livelier race makes business sense. 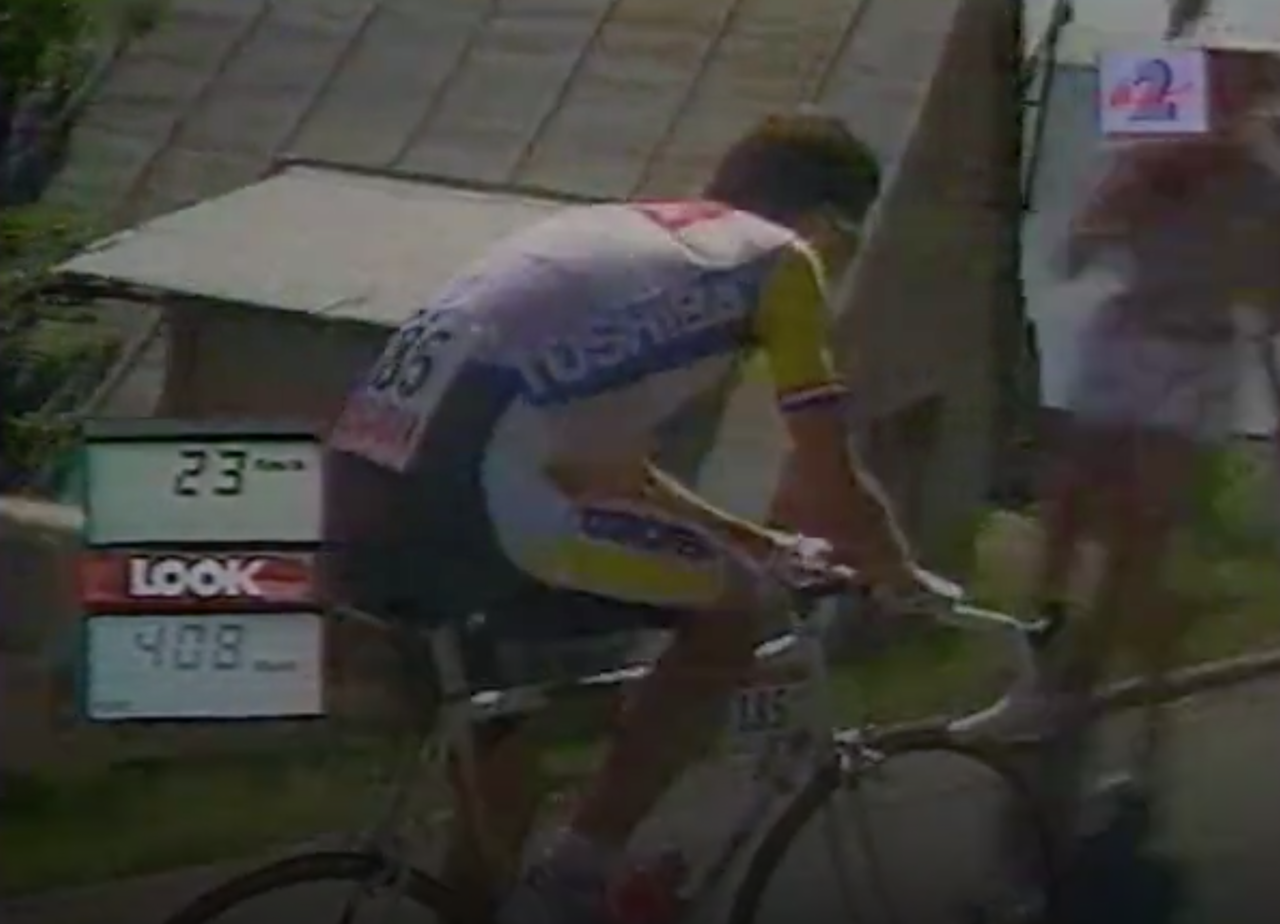 Orcières-Merlette is back on the route and famous for Luis Ocaña’s triumph in 1971. The last visit was in 1989 when Steven Rooks won the mountain time trial. A small historical nugget was that this was the first time live race data telemetry was beamed onto TV when the Toshiba team, sponsored by Look, rode with Look powermeters on their rear hub and, thanks to giant aerials under the saddle, the watts were beamed onto the screen.

The 2020 route has a lot of climbs but not as many hors catégorie climbs as last year. The race hasn’t yet awarded labels to the climb which gives plenty of time to toy with the classification and the points system for the mountains competition but as ever it’s hard to engineer a satisfying outcome. 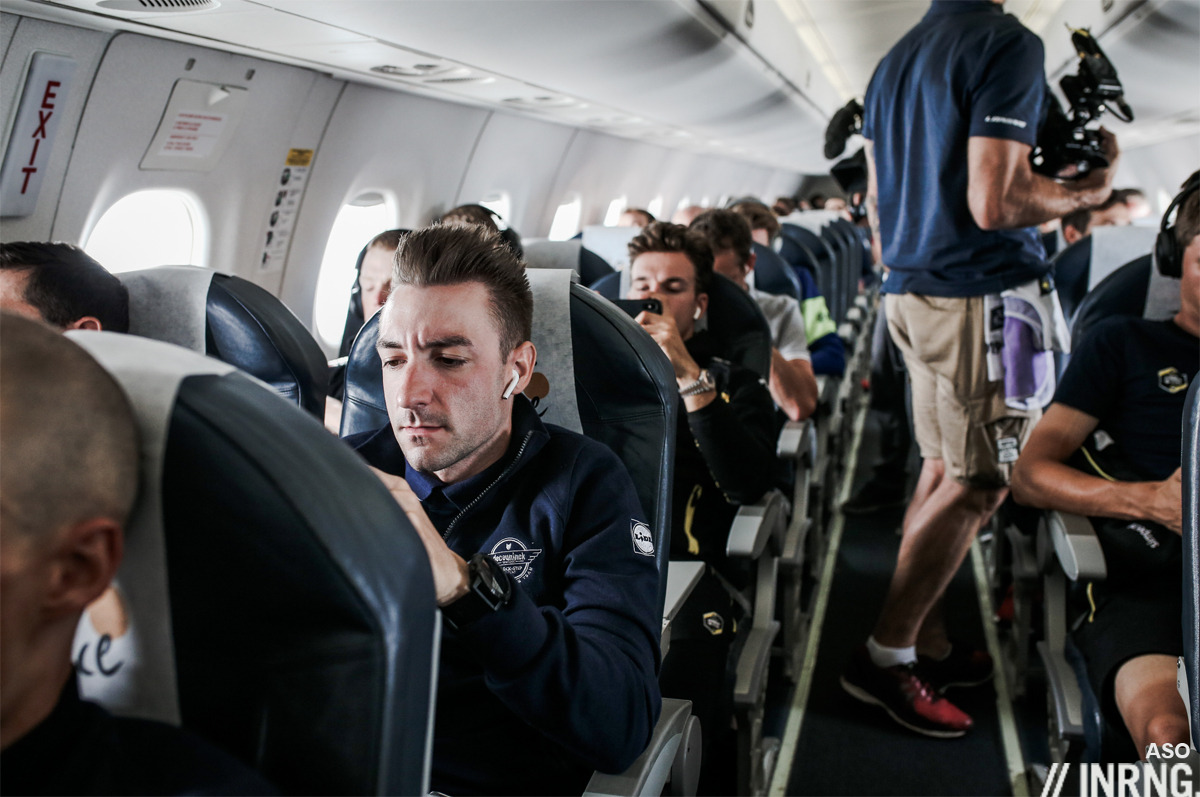 Going higher than the mountains now and despite sticking to a small section of France it looks like there are two plane journeys for the riders and a long drive for the rest of the caravan. It’s not very écolo to fly but, according to journalist Patrick Chassé speaking on a radio broadcast last July, France’s railway company the SNCF is wary of transporting the Tour de France for fear it’d be an obvious target for strikes and protests and so a special train is out of the question.

On a similar subject, ASO boss Jean-Etienne Amaury said a goal is to have an electric caravan one day in the Tour de France but this is a long way off. Vehicles that can manage a claimed range of 500km would be stretched, for example a team car has to drive to the start, cover the 200km stage and drive to the hotel after, and all this with a rack of bikes to spoil the aerodynamics and that’s before we consider the problem of finding charging points in rural France. Put another way if pro cycling goes for electric vehicles it’ll be when the whole of Europe has gone electric. 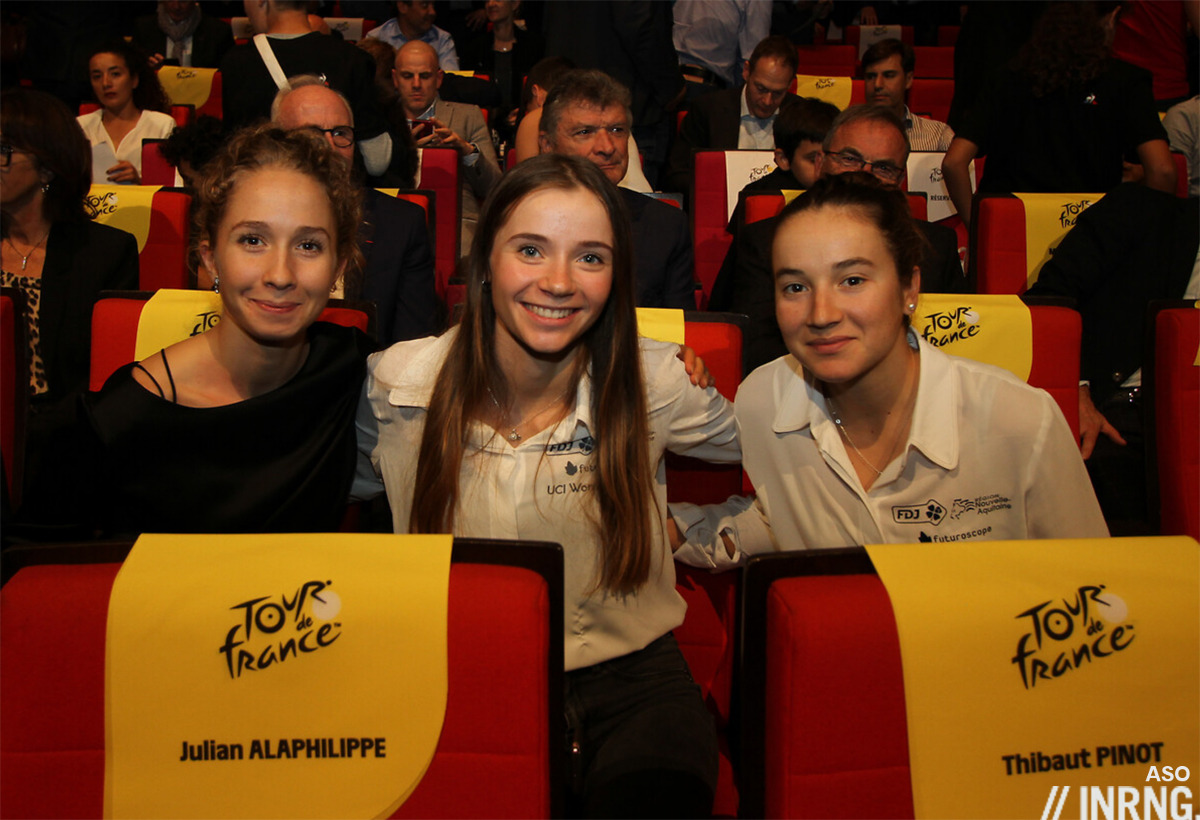 Another area where progress is slow: Jean-Etienne Amaury’s speech started listing all the women’s races ASO runs and it seemed to be building to a crescendo of an announcement of something new. But no. French champ Jade Wiel and new FDJ-Nouvelle Aquitaine recruit Cecilie Uttrup Ludwig had to sit through a long presentation about a race denied to them. Instead the news is La Course is back to Paris and lapping the Champs Elysées. Personally I always found this course boring, you can tune in for the final three minutes and not miss much but when the race was moved away from the capital and into the countryside there were complaints too, some saying the media couldn’t attend easily; that VIP access for crucial sponsors was limited; and the Champs provided valuable marketing material with iconic images. Perhaps it’s good for business but it’ll be boring to watch, the test is whether ASO can come up with the summer stage race that’s rumoured.

Here’s the chart showing the amount of time trial kilometres over the years. 2020 has a little more than recent years. But kilometres are only one metric, perhaps time is more appropriate? On this basis 2020 will have a longer course than 2016 because the climb of La Planche des Belles Filles adds to the duration.

The lack of time trial kilometres shouldn’t be a handicap for Tom Dumoulin, Primož Roglič or Chris Froome if they’re all in top shape. Some see the declining amount of TTs in the Tour and declare it’s “unbalanced” but this seems to be one of those zombie ideas that just won’t die. They say with more timetrialling the climbers would have to attack more but the point here is they can’t: if they could ride away for a stage win they’d do it already. The best TT riders tend to be the best anyway, take the last Vuelta which Roglič would have won if the Pau TT was deleted, it would have been close but he’d have still won overall, everything else being equal. The same for Chris Froome’s wins, he was typically outclimbing the climbers anyway and the time trial just let him put minutes into them on top. So to “balance” the race, the idea is to reduce the amount of TT kilometres. That’s probably the idea but the rest is down to the riders. 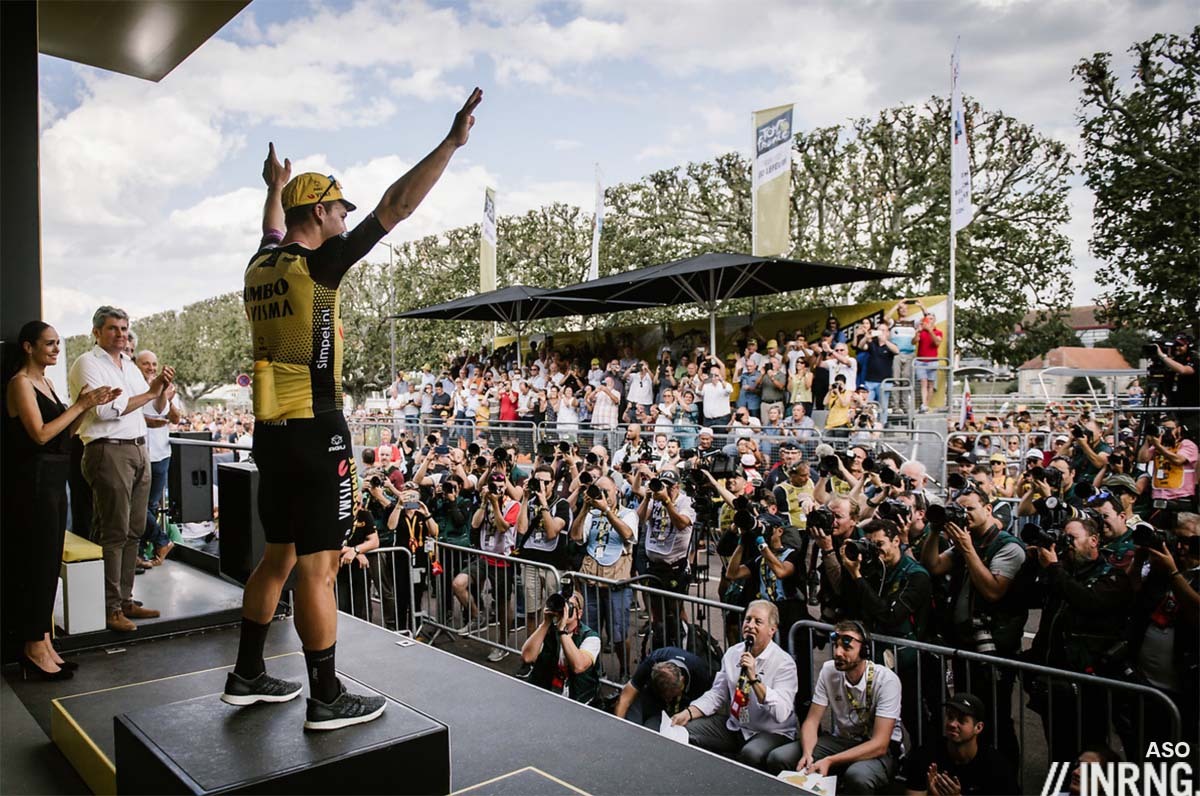 We’ll get the Giro route soon too and then riders can start planning what to do. We know RCS pays appearance fees so sometimes sitting down to compare the routes isn’t the deciding factor but several teams and riders face choices:

Finally some of the route is still unknown, we know the start and finish but not always what comes between. Now there’s no mystery or surprise, it’s more the precise route isn’t public. One reason is all the roads have to be signed off by every mayor and councillor along the way and there are complicated things like access for the emergency services (not to the race but how they can bypass the Tour’s route). It means the entire route probably won’t be signed off until some point early next year and then the actual maps will be made in the spring and published on the race website in May. Still we can derive or guess plenty of the road and if you want any help for planning a trip, drop an email.