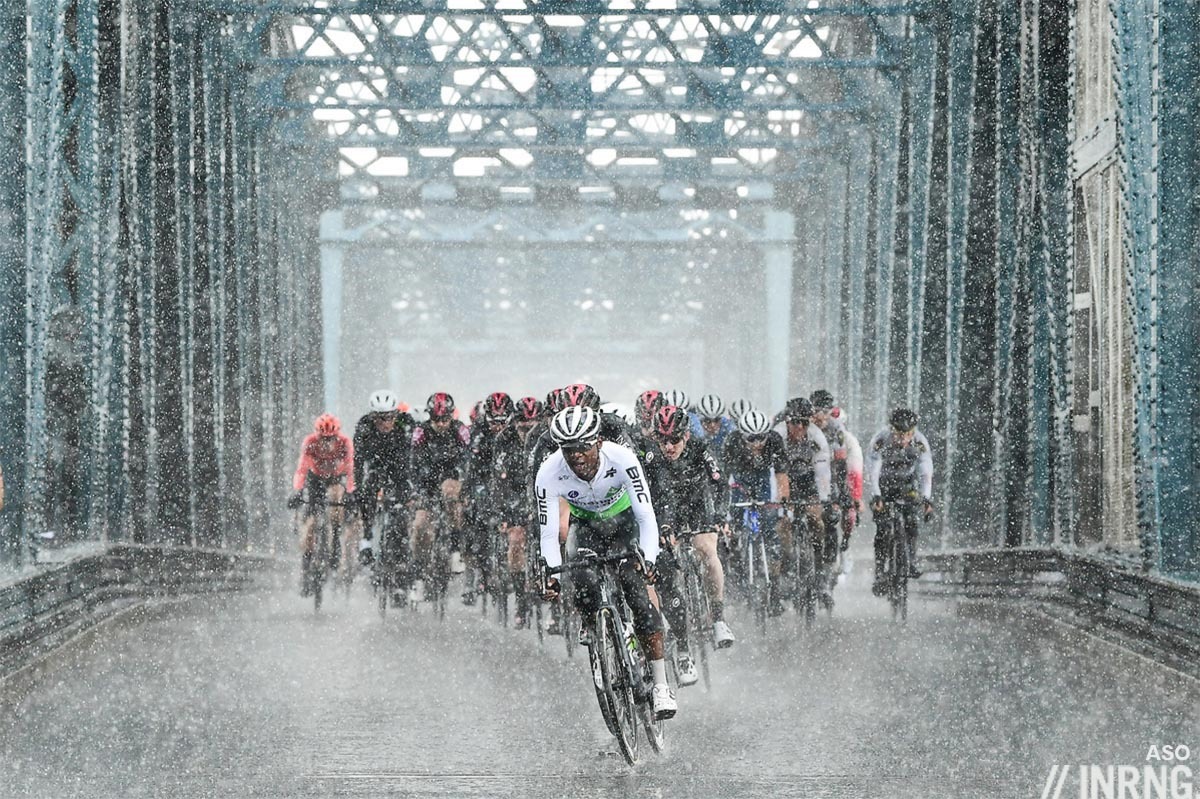 The big story right now is one that’s not public. The end of the season is looming and several teams are getting nervous about their points haul with World Tour places in jeopardy, notably Dimension Data

First Dimension Data’s World Tour spot for next year isn’t certain. Once upon a time a team had to be among the 18 best on an internal system of UCI rankings based off the total of points for the team gained over the last three years. But the UCI already created a special rule to allow existing World Tour teams to stay up as long as they were among the top-20 teams. Only Dimension Data are currently 20th with Total Direct Energie now just 100 points behind them and if the French team overhaul them the African team is dropped from the World Tour. Now relegation isn’t ruinous as another new rule says any team relegated can still get invites to all the top races for one year as a cushion but it’s not ideal, it could even trigger sponsorship and employment clauses. Meanwhile are similar concerns chez Cofidis as they’ve applied for a top spot and have enough points to move up because they’re 18th overall, but only just and could still be overtaken by Wanty-Gobert. All these rankings though are based on an internal ranking not made public and various versions are doing the rounds – French newspaper LeMonde published their version online yesterday – and they’re all different, some have even led to the UCI correcting their records after third party work by the likes of procyclingstats and Velobs has found errors in the rankings. Given the stakes these rankings need to be watertight to be litigation-proof.

Meanwhile in a separate contest, next year the best second division team from this year will get automatic invites to the World Tour races this year. Total Direct Energie lead, but again only by a few points. Correndon-Circus made a late charge but haven’t entered any more races for the year which leaves Wanty-Gobert as the challengers. The upshot is that the Tour of Guangxi matters for Dimension Data, Wanty and Total Direct Energie and all of a sudden the unloved Chrono des Nations this Sunday, a lowly 1.1 individual time trial, is suddenly seeing a surge in entries from the same teams as 125 UCI points go to the winner and there are points down to 25th place. As things stand both Dimension Data and Cofidis should make it but goes down to this weekend’s racing.

One race where few are calculating the points is the Japan Cup this Sunday as none of the teams mentioned above ride the HC-rated race. There’s a downtown criterium for show on Saturday and then a hilly circuit race on Sunday on the course of the 1990 World Championships and a decent field with Michael Woods, Bauke Mollema, Steven Kruijswijk and more. They travel because Japan matters for the bike brands and the likes of Trek, Scott, Bianchi, Cannondale and Merida find this is a good way to meet and greet the fans. It’s not as famous as Eibar or the Koppenberg but the crowd on the Kogashi forest is as great as you’ll find anywhere else. 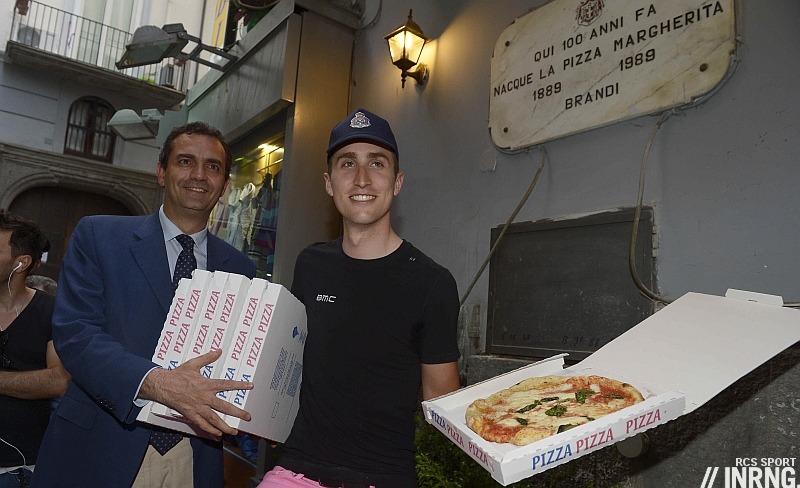 The Japan Cup will be Taylor Phinney’s last race. Simplistically his pro career had two parts, pre and post the horror crash where he broke his leg. I could be wrong but think he was the highest paid neo-pro ever when he signed with BMC and with this came the expectation to perform and deliver, a lot of pressure on young shoulders and it was mentally that he seemed to detach from the sport more recently with new interests in art. It’s a good reminder that when we look around at all the talent among the neo-pros anything can happen.

Mark Cavendish isn’t retiring yet, he’s due to sign for Bahrain-Merida where he can link up with long time mentor Rod Ellingworth who has now taken over as the boss. For a moment it sounded like “friends reunited” at Bahrain but it’s probably win-win, if Cavendish can win on the road or in the Olympics then it’s successful and if he can’t then they’ve got first claim on him for a team manager, a role he’ll probably be very good it with his famous attention to detail. For a glimpse of this via an anecdote, try the Songezo Jim story told by Nathan Haas to Mitch Docker in the Life In The Peloton podcast.

The track cycling in the Tokyo Olympics could be very fast, the Izu velodrome is quick and in August you can both heat and low atmospheric pressure, ideal for record times thanks to the reduced air density. Less than ideal for those outdoors and the IOC is considering moving the marathon and walking races for the Tokyo 2020 Olympics to Sapporo, a previous host city of the winter games and over 800km to the north so that the competitors don’t face the fierce heat and humidity of Tokyo in August. There are no plans to move the road cycling which lasts much longer. Now cyclists can cope better with heat because of the speed on the bike means a constant breeze and so sweat evaporates helping to cool the cyclist. But this only works in dry heat and the defining characteristic of the Japanese summer is the combo of heat and humidity. It’s the sort of place where you can ride up a mountain pass and get hot and then get hotter still on the descent because it’s so humid that your sweat won’t evaporate while the sun, the road and big roadside concrete walls all radiate heat back at you. Put simply it’s hard to adapt and teams will need to work on the logistics of handing up cold drinks, ice packs and more.

Lastly, staying with rider welfare, the MPCC group of teams are to start testing riders for thyroid hormones. You might remember the Salazar/Nike case and reports of athletes being given thyroid hormones for performance enhancing reasons and for sometime it’s been rumoured to be something exploited by “doctors” in other sports, possibly cycling too. The MPCC is only going to test and see what the results look like. If anything rings an alarm bell then the team doctor of the relevant rider will be alerted and it’s up to them to decide on what course of action to take. It’s a good idea and where the MPCC goes, the UCI often follows for example the MPCC first introduced a “no needles” policy, it first started testing for cortisone/cortisol and it did Tramadol tests too and the UCI is copying all of this.