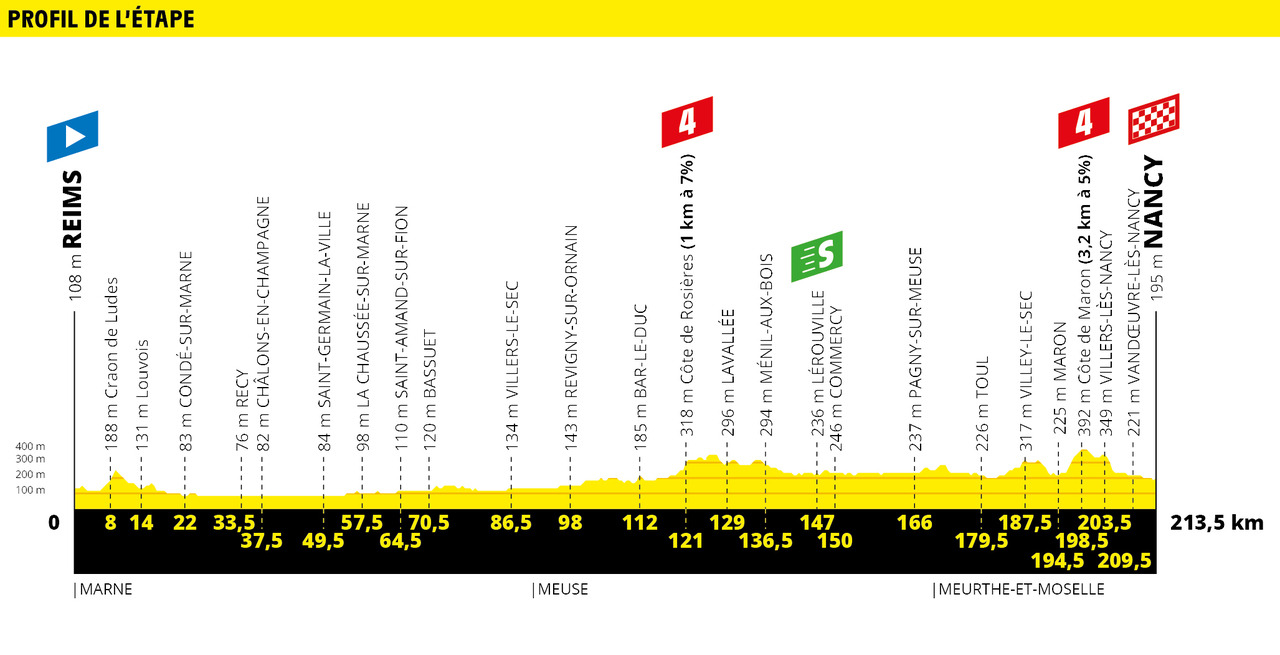 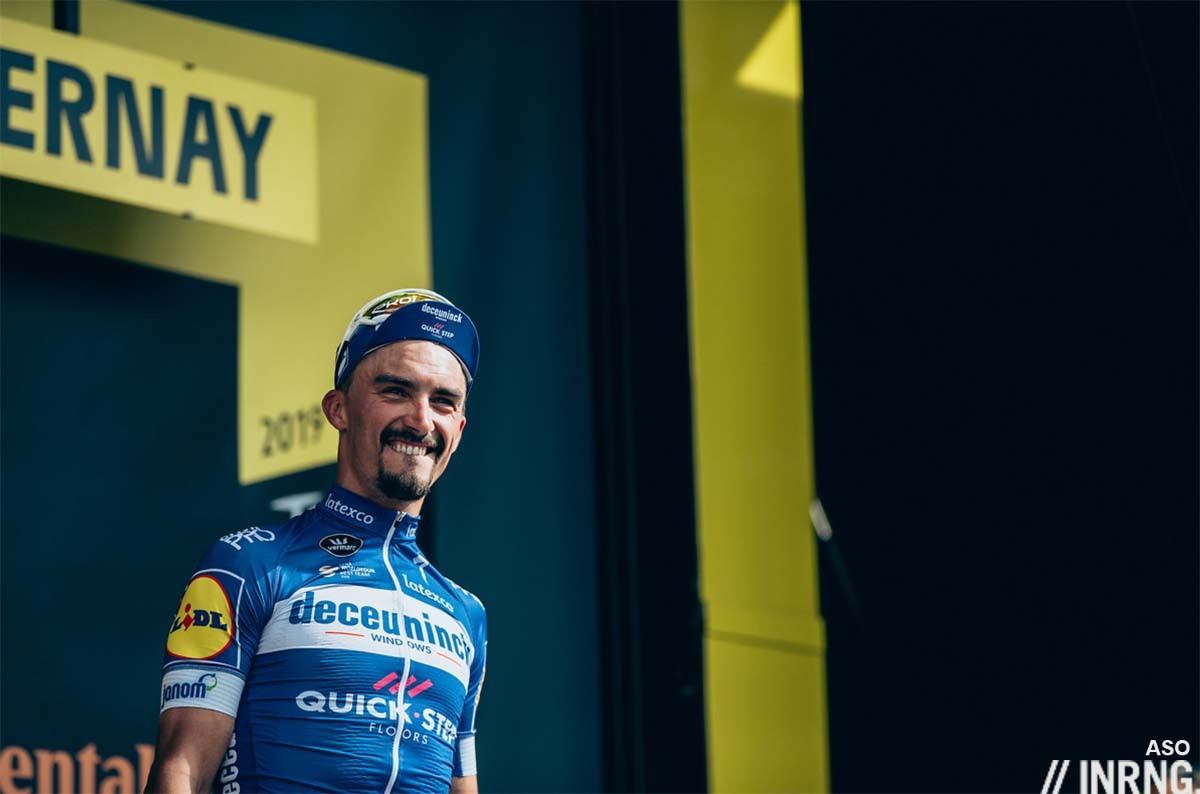 Stage 3 Review: the stage and the yellow jersey for Alaphilippe. It was the expected scenario with Alaphilippe having planned this in advance including a visit to the region to ride the climbs and descents several times… but that only made it harder, especially as Alaphilippe was solo. He burst out of the pack like a champagne cork – obligatory wine reference – and soon had 50 seconds’ lead on the approach to Epernay but this dropped to 30 seconds in town and it was looking close but the chase went out of the bunch and Alaphilippe was able to complete his masterpiece. He’ll keep the jersey today but even at 62kg risks surrendering it on the slopes of the Planche des Belles Filles the day after tomorrow, although not without a fight. There was a tiny split on the climb to the line with Thibaut Pinot and Egan Bernal gaining five seconds, anecdotal probably with real losses for Ilnur Zakarin, Simon Yates and Fabio Aru. Bernal looked agile in the final and for a split second almost followed Alaphilippe before holding off.

The Route: 213.5km east by south-easy to Nancy and very similar to Stage 7 from the 2014 Tour de France although that had two climbs in the finish rather than one, and Matteo Trentin won while a couple of GC contenders lost time after tangling in crashes. Today’s stage won’t be as hectic but it’s still tiring with more rolling roads than the profile suggests.

The Côte de Maron starts from the scenic Moselle valley and climbs up through woodland. It’s a large road and a steady gradient, 3km at 5% and there’s nothing to catch riders by surprise here- they did it in 2014 too – and the bad climbers should be fine if they’re tucked into the slipstream. Nobody fighting for the stage win should be dropped here but they can lose position. It’s followed by a regular ride into the finish town of Nancy.

The Finish: flat boulevards around Nancy and roads that don’t help the town to show off, the loop passes the cemetery, railway yard and then a small retail park but these are wide roads and it’s flat with a finishing straight of 1.4km so long the danger is “finish arch fever” where sprinters see the finish from afar and launch too soon.

The Contenders: Caleb Ewan (Lotto-Soudal) came close on Stage 1 and is the prime pick for today but like Saturday Dylan Groenewegen (Jumbo-Visma) and Elia Viviani (Deceuninck-Quickstep) should come close only by now Groenewegen’s had a crash and Viviani’s got icy treament from his team manager for losing his lead out train. Peter Sagan (Bora-Hansgrohe) will be close as ever and Giacomo Nizzolo was a useful fourth place in Brussels, it’s hard to see him winning but he’s scoring precious UCI points for Dimension Data’s to stay in the World Tour.

Yellow story: after yesterday’s visit to Epernay there was no champagne on the podium. France passed a law in 1991 forbidden the use of alcohol and tobacco promotion and so it can’t be used in podium ceremonies. The tradition of podium champagne begin in the 1950s with French Grand Prix which took place in Reims and seeing as the city is the champagne capital of France, the winning driver Fangio was awarded a bottle of bubbly as a prize and a tradition of giving the winner a bottle of champagne started. Fast forward to 1967 and the Le Mans 24 hour race. The winning driver Daniel Sexton Gurney stepped onto the podium and was given his now obligatory bottle of champagne. Accounts differ, one says he was so excited that he just decided to spray the crowd; another suggests that the bottle was not chilled and the driver was overheated, so instead of sipping, he sprayed and creating the modern ceremony we see today. The podium itself is modern invention in the Tour de France, for years the yellow jersey was given to the rider at the finish line as a practical gesture so they could take it with them for the next day before it became instrumentalised.

Weather: sunshine and clouds, a top temperature of 24°C.

TV: the stage starts at 12.10pm CEST and finish is forecast for 5.20pm CEST / Euro time. Today’s not the stage to sit back and watch from start to finish, the action is unlikely to be wild and the countryside is pleasant but not postcard time.