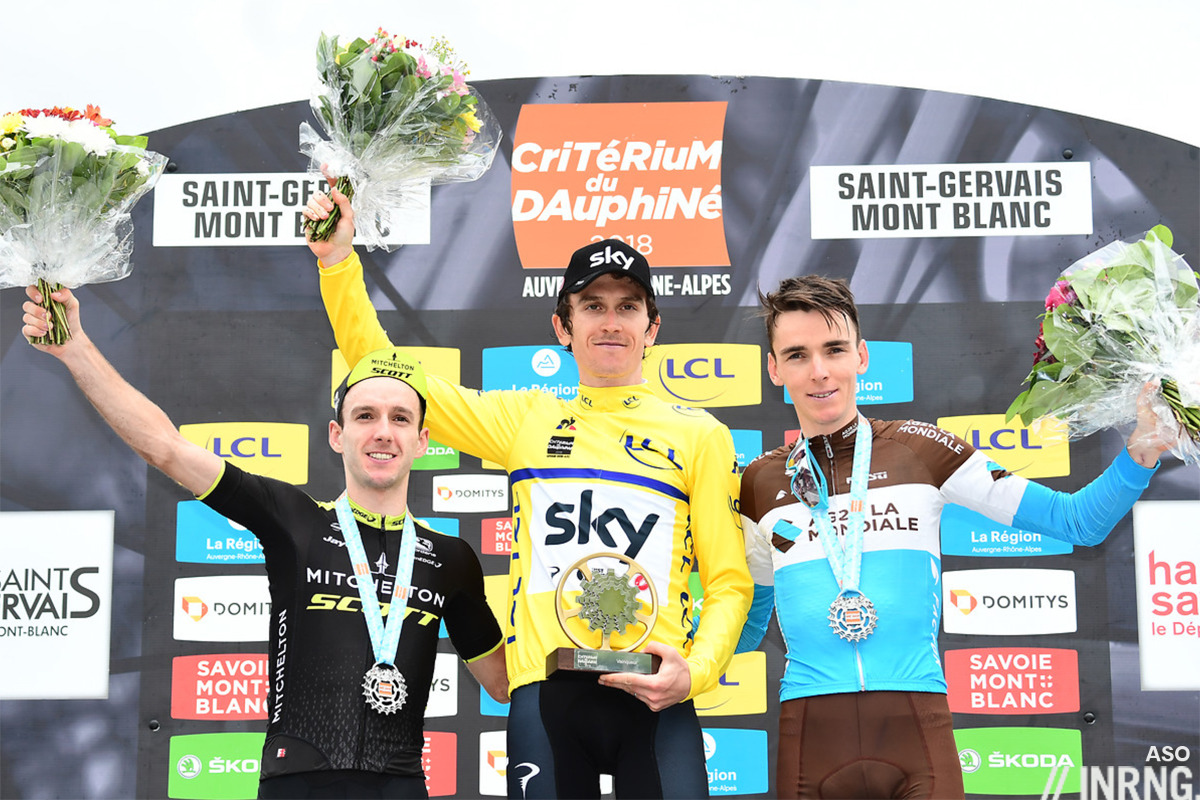 Last year saw Geraint Thomas win en route to his Tour de France success. This time Chris Froome leads a long list of those hunting for a big win this season and looking to test their form ahead of the Tour de France. 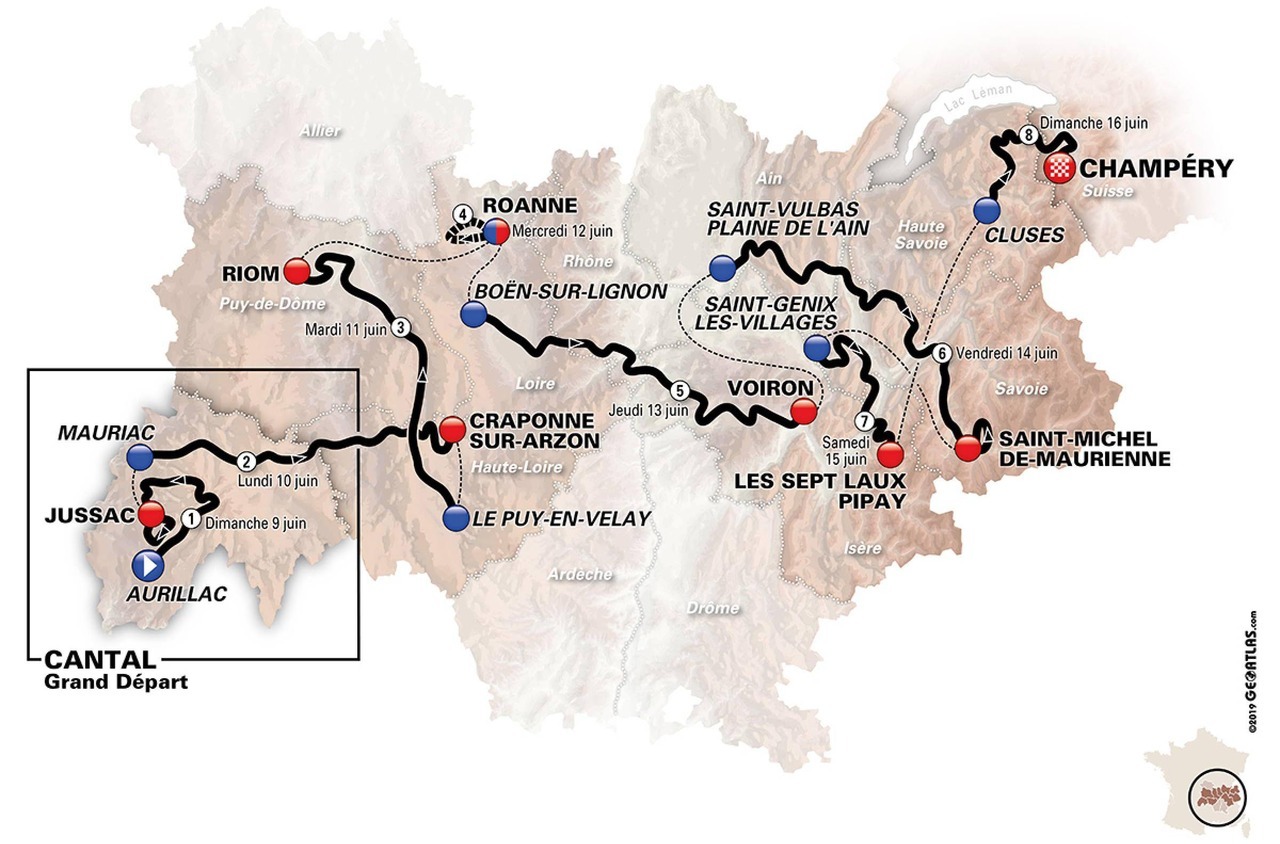 Combined this makes for a course where the TT will create significant time gaps and then the three mountain stages should make for lively racing with the short distances. 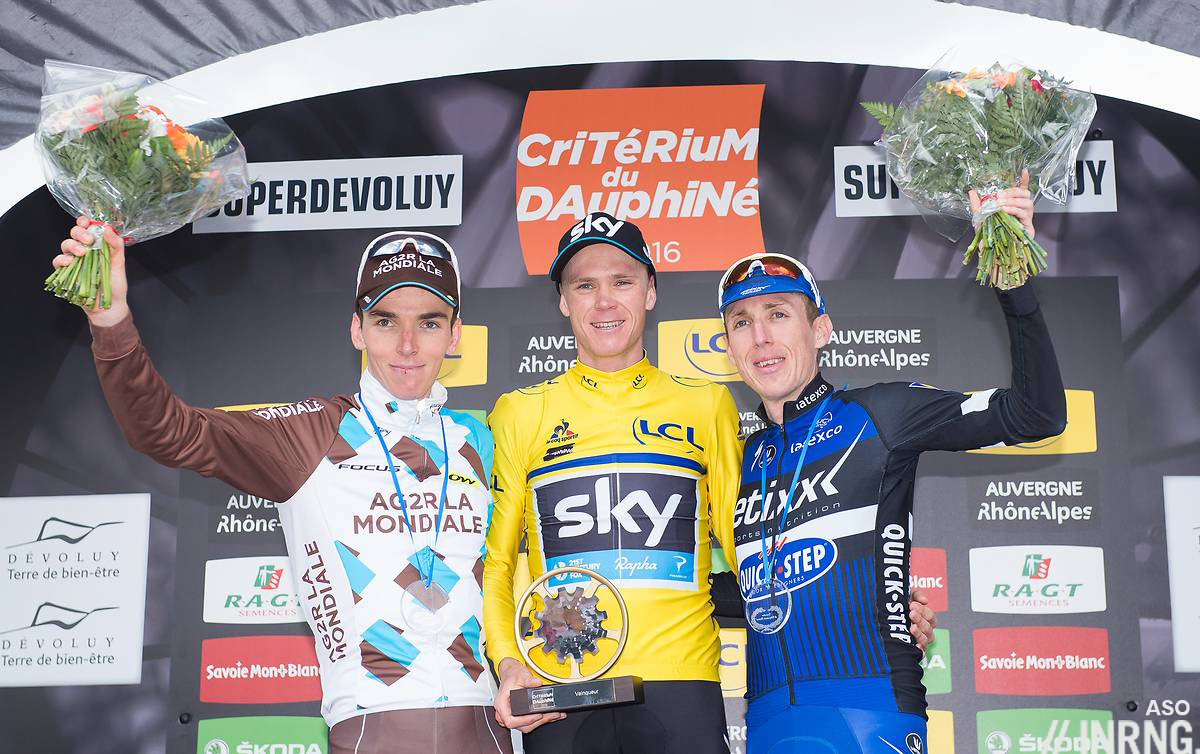 Chris Froome (Team Ineos) is the obvious pick. We haven’t see him in action since he playing gregario to Pavel Sivakov and Tao Geohegan Hart in the Tour of the Alps and Chris Lawless in Yorkshire but his form should have improved. The time trial and the mountains suit him, the TT providing a hierarchy to the race and especially the long set-piece summit finish to Pipay. Winning another Dauphiné isn’t essential but with Geraint Thomas and Egan Bernal likely to race the Tour de Suisse before joining Froome in the Tour de France here’s a chance to get a win and top dog status. We can overdo the office politics element, after a year without a win Froome would probably just want to win for its own sake and the course suits. Wout Poels and Michał Kwiatkowski come in support.

Richie Porte (Trek-Segafredo) needs a result too, normally his problem is converting success in shorter stage races into grand tour results but this year illness derailed plans this spring and it’s been a quiet season since his habitual triumph on Willunga Hill. But the course suits with the TT and the mountain stages and two years ago he won the TT stage en route to second overall and his risk is the same again, even if he has the form to win the TT he hasn’t got the team to lock down the race in the mountains. 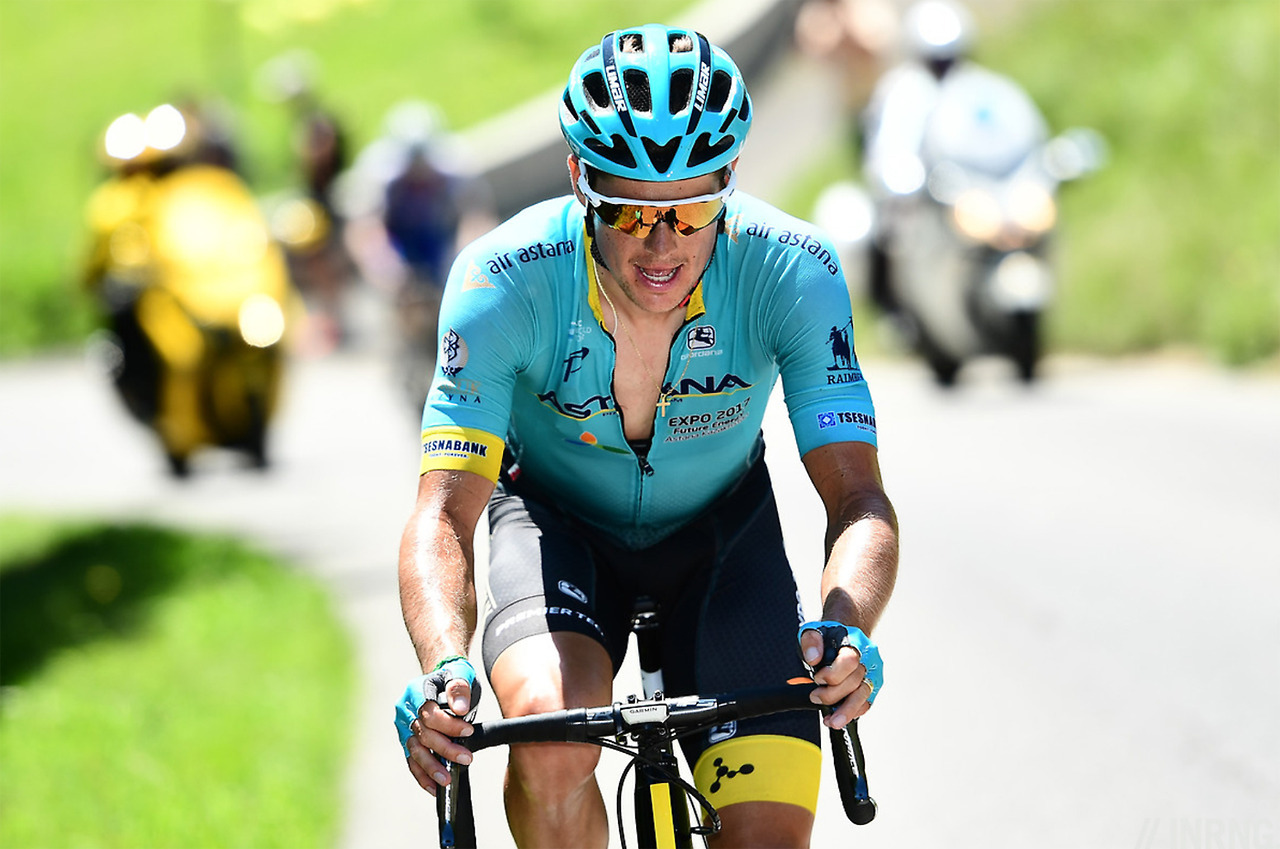 Jakob Fuglsang (Astana) should be of great interest. He had a surprise spring campaign, often a strong rider over the years, this time he was the strongest and started winning and placing. After a long break he’s back for the summer and we’ll see what he can do in the Alps instead of the Ardennes. 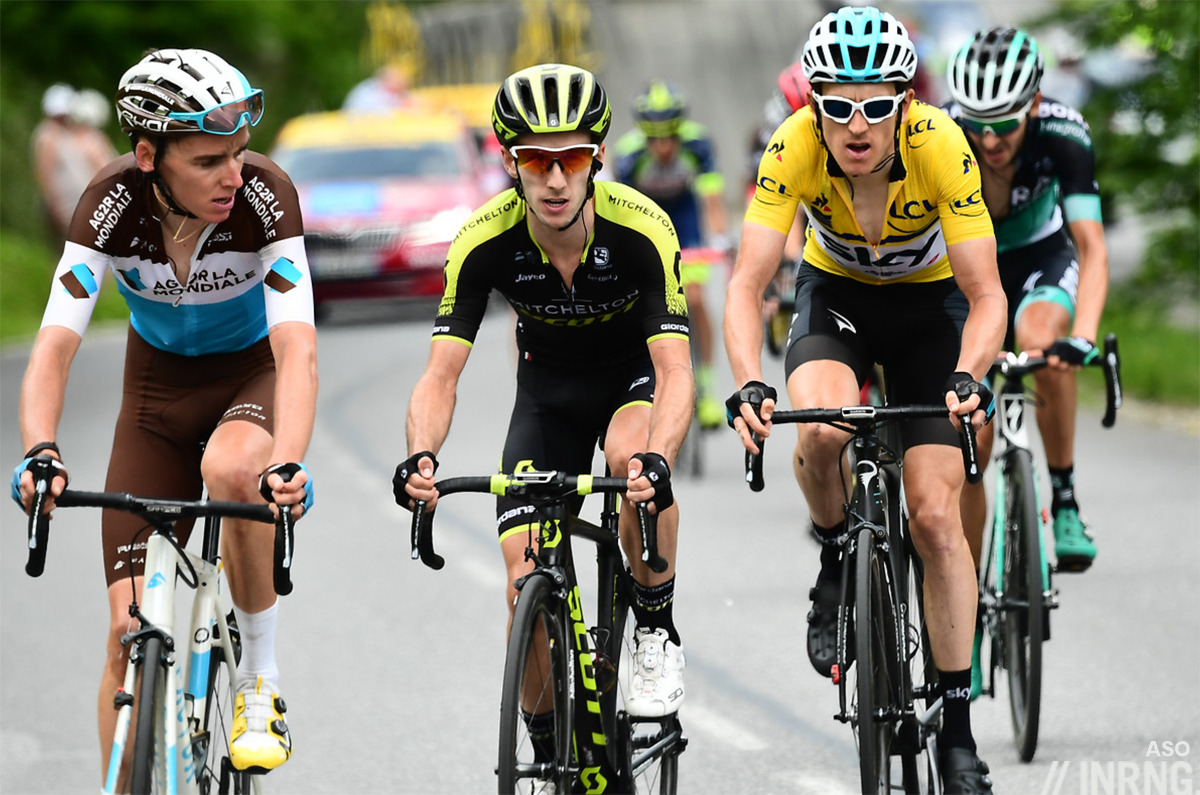 Adam Yates (Mitchelton-Scott) took a stage last year and finished on the podium. More of the same would be ideal while Jack Haig is one to watch, a valuable helper who is emerging into a stage race contender too, he was fourth in the last Paris-Nice.

Nairo Quintana (Movistar) is a candidate for the podium but it’s hard to see him on the top step given the length of the time trial stage here. He’s said to be in advanced talks with the Arkéa-Samsic team about a move which, even just typing, feels bizarre for a rider capable of finishing on the podium of two grand tours a year and scoring in other stage races along the way.

Bora-Hansgrohe bring Emanuel Buchmann as they try to nurture German talent. Buchmann had a great Tour of the Basque Country, he was climbing with the best and we’ll see if he can continue this on the longer Alpine climbs. He’ll still suffer in the TT compared to others. Felix Großschartner will be good support.

Steven Kruijswijk (Jumbo-Visma) has had two career wins since turning pro at the start of the decade but he can place high and the upcoming Tour de France route suits him so the aim should be finish in the top-10 and healthy. Wout van Aert will be interesting to watch in the high mountains, he’s a big talent but bulky with it.

Tom Dumoulin (Team Sunweb) is back racing after his Giro crash. A pause in training to recover probably means this week is a test rather than a target, a chance to bank a week of racing before spending the rest of the month refocusing for the Tour de France. But if he’s in good shape the course suits, he can do a strong TT and then sit in Team Ineos’s slipstream for as long as possible. 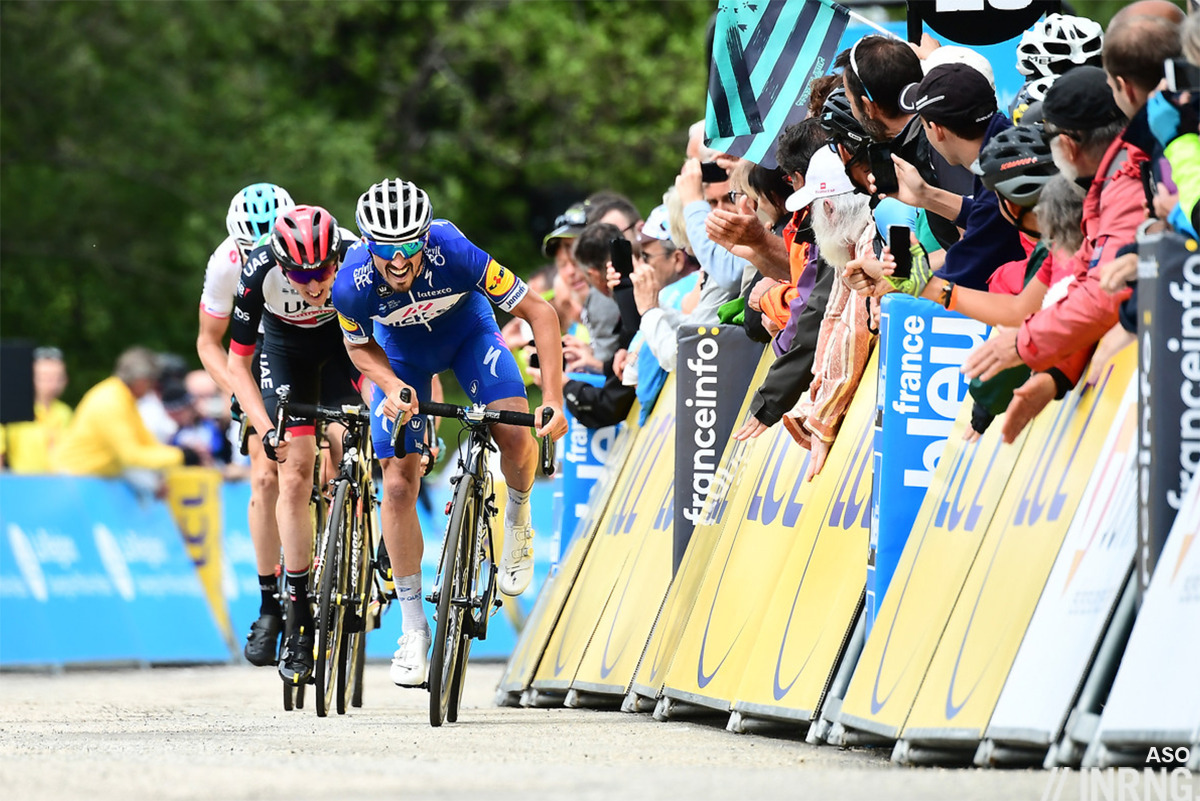 Julian Alaphilippe (Deceuninck-Quickstep) has won time trials before but his challenge is the high mountains. He can cope with a 20 minute climb and won a stage last year in the Dauphiné in the Vercors but holding on for a longer climb like Stage 7 is a tough ask. Instead a stage win is more likely.

Tejay van Garderen (EF Education First) has potentially got what it takes as he can place with the best in a TT and the mountains only he’s often good for a top-10 but rarely a win. Michael Woods can offer support or aim for a stage. 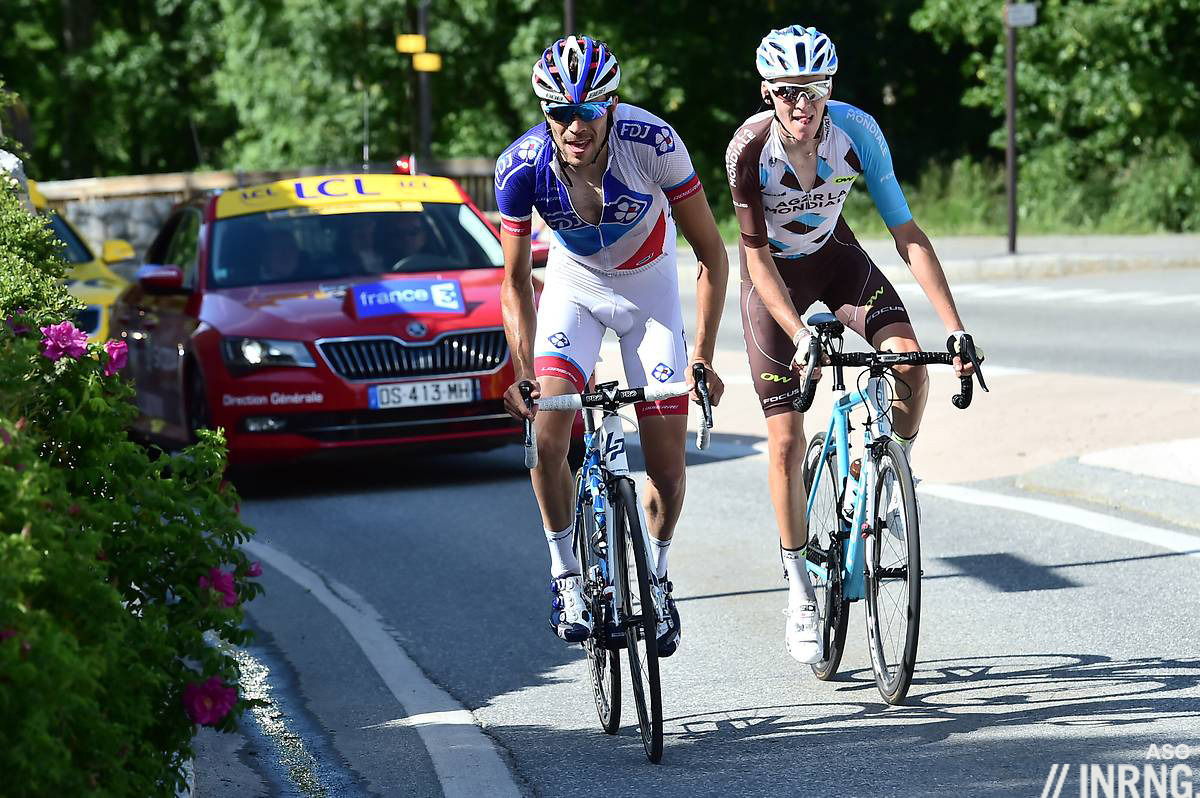 Thibaut Pinot (Groupama-FDJ) and Romain Bardet (Ag2r La Mondiale) are the local hopes as they build up for the Tour de France. Bardet especially will be on the back foot in the TT so this is more a test of how he can cope with the climbing speeds set by Ineos. Pinot won the Tour de l’Ain two weeks ago, soaring away solo on the Grand Colombier but against a light field, and his team mate David Gaudu is slowly improving and had an excellent Tour de Romandie.

Finally there’s a wave of climbers who could shape the race over the final weekend. The sheer number means the mountain stages ought to get lively. Dan Martin (UAE Emirates) won a stage last year and is probably the best of the bunch. Guillaume Martin (Wanty-Groupe Gobert) is a talent but a rare winner, especially at World Tour level. Darwin Atapuma (Cofidis) is a pure climber signed to spice things up. Pierre Rolland (Vital Concept-B&B Hotels) and Warren Barguil (Arkéa-Samsic) are back after missing a lot of racing this spring and both need to a result, especially Rolland his team who missed out on a Tour de France wildcard so this is their week to try and show something. Finally twenty year olds Bjorg Lambrecht (Lotto-Soudal) and Mark Padun (Bahrain-Merida) are worth watching too, Lambrecht came to the fore in the Ardennes this year while Padun might not be so famous but had a great debut season last year but has only raced once this season.

TV: it should be on the same channel you get the Tour de France and Eurosport has it too. The first stage on Sunday finishes early but otherwise the other stages will finish around 4.30-5.00pm CEST.

Previous post: A Different Route To TV For The Ardennes Races