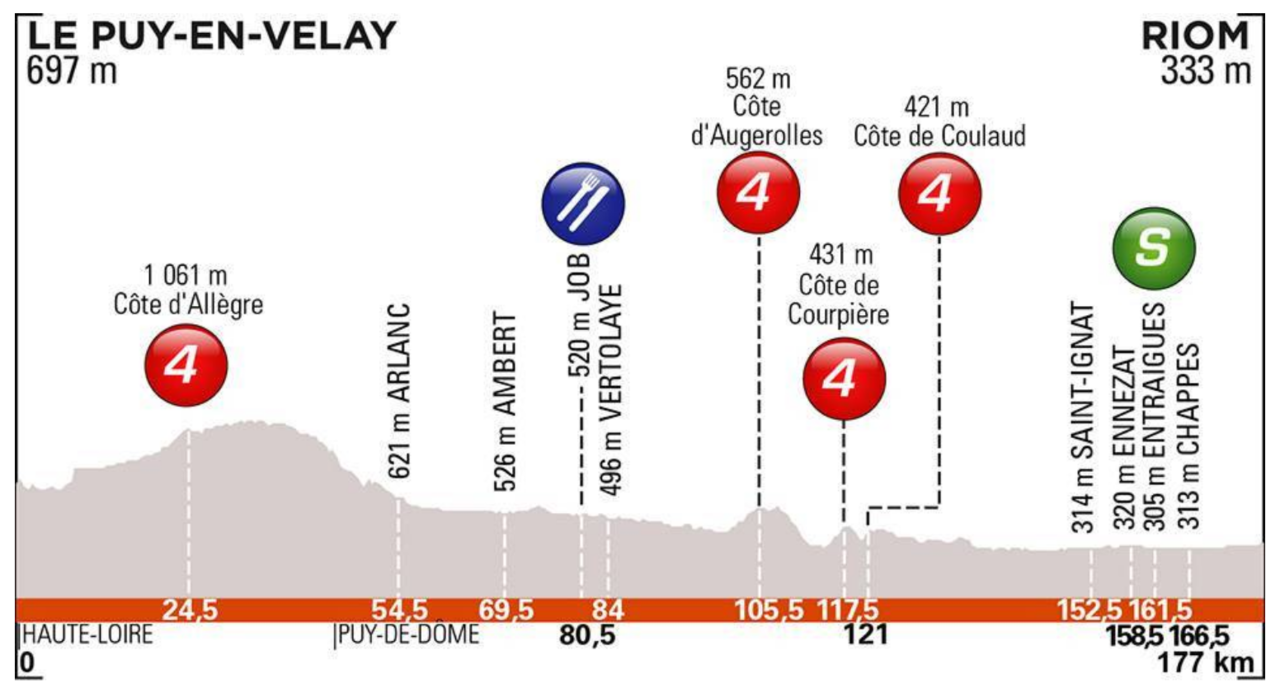 A stage for the sprinters with the flat finish. 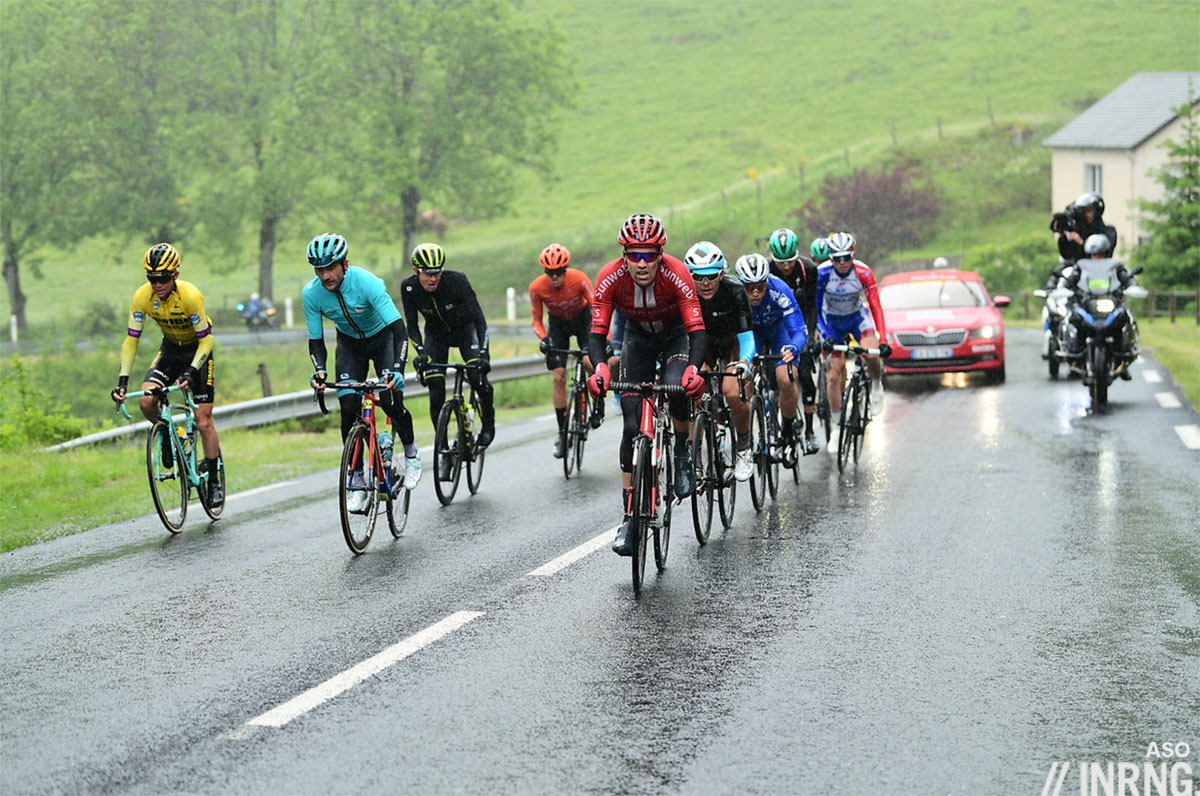 Country Festival: do know know what they call a breakaway with all the big cheese in France? A breakaway royale. 14 riders went clear including some GC hopefuls, among them Michał Kwiatkowski was called back by his Ineos team so he could chase down the break. The move didn’t work but at least Tom Dumoulin’s knee does, he was up the road for a long time and doesn’t seem to be nursing his way around. No sooner did the break get reeled back did another move jump clear containing Dylan Teuns and Guillaume Martin and the pair would stay away to the finish with Teuns taking a rare win for Bahrain-Merida.

There was plenty of action behind with Thibaut Pinot attacking over the top of the Saint-Victor climb and taking Michael Woods with him and then Chris Froome, Adam Yates, Nairo Quintana, Jacob Fuglsang and Wout Poels bridged across. It made for a nail-biter finish with Martin and Teuns in a frantic two-up TT to stay away and then Pinot attacking on the run in, a move that saw Chris Froome riding with his tongue hanging out – his tell – to close the gaps all while a chase group behind. Behind the likes of Dan Martin, Romain Bardet and Richie Porte just missed the move, like passengers running along platform as their train pulls out, unable to jump aboard. Still they managed to limit their deficit to 31 seconds, the time loss is a problem for their ambitions but being dropped could be the bigger problem suggesting it could happen again in the mountains. 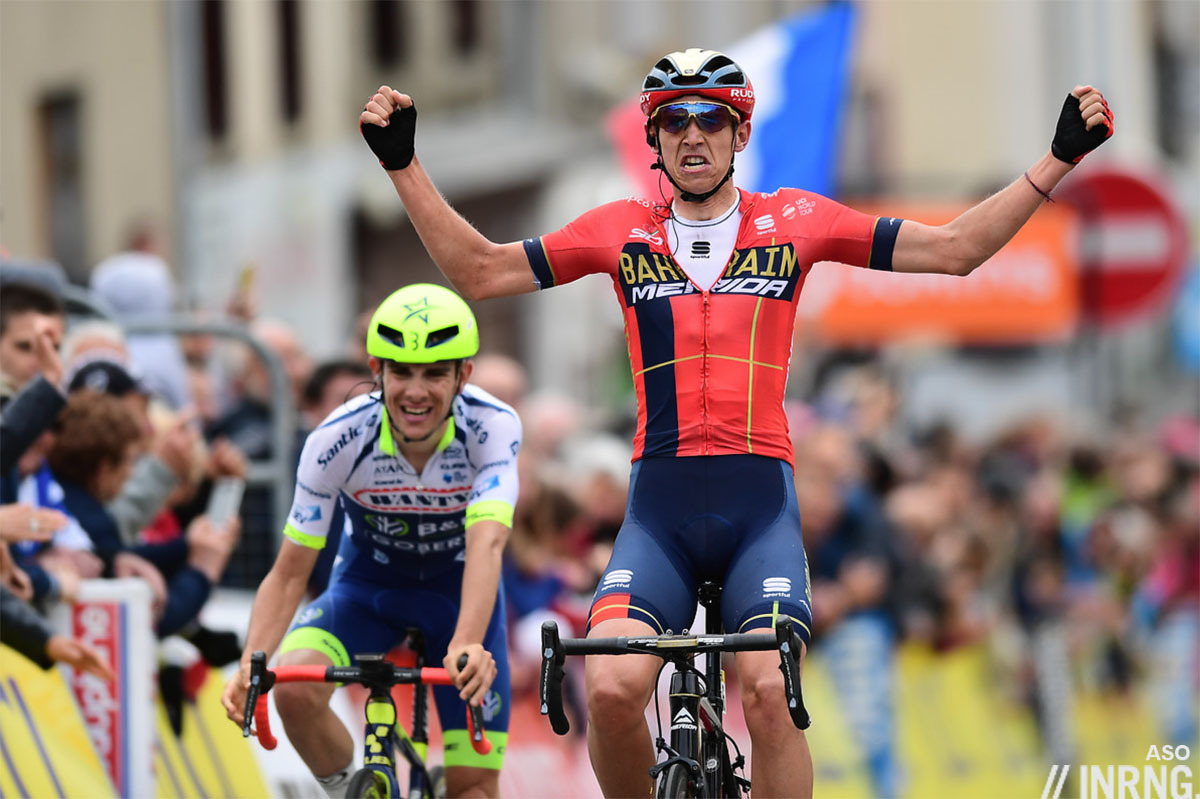 The Route: 177km north from Puy-en-Velay, famous among gourmets for its lentils.

The Finish: a wide, flat road to the finish with a 5km long finishing straight.

The Contenders: normally a sprint but where are the sprinters? Nacer Bouhanni went home yesterday leaving Sam Bennett (Bora-Hansgrohe) as the stand-out pick ahead of Alvaro Hodeg (Deceuninck-Quickstep) and Jens Debusschere (Katusha-Alpecin). André Greipel (Arkéa-Samsic) has not won since January but should be in the mix. It’s a crunch day for Vital Concept, for two days running they’ve finished last on the team classification as if to prove ASO right not to award them a wildcard but Lorrenzo Manzin can feature, a top-5 would raise their profile.

Sonny Colbrelli (Bahrain-Merida) and Edvald Boasson Hagen (Dimension Data) can win bunch sprints, Wanty-Gobert’s Xandro Meurisse too. Ag2r La Mondiale’s Clément Venturini isn’t an obvious pick but kept running Dylan Groenewegen (too) close in the Four Days of Dunkerque last month and fellow cyclo-cross rider Joris Nieuwenhuis (Team Sunweb) can also sprint well. Altogether it’s enough to set up a sprint but still not the certainty as some of the teams listed above may fancy sending a rider or two up the road as well.