One for the sprinters, the race heads south for a seaside finish with some very exposed roads and crosswinds are forecast. With grey weather and cool temperatures today’s finish beside the Lido di Giannella might feel more like De Panne. 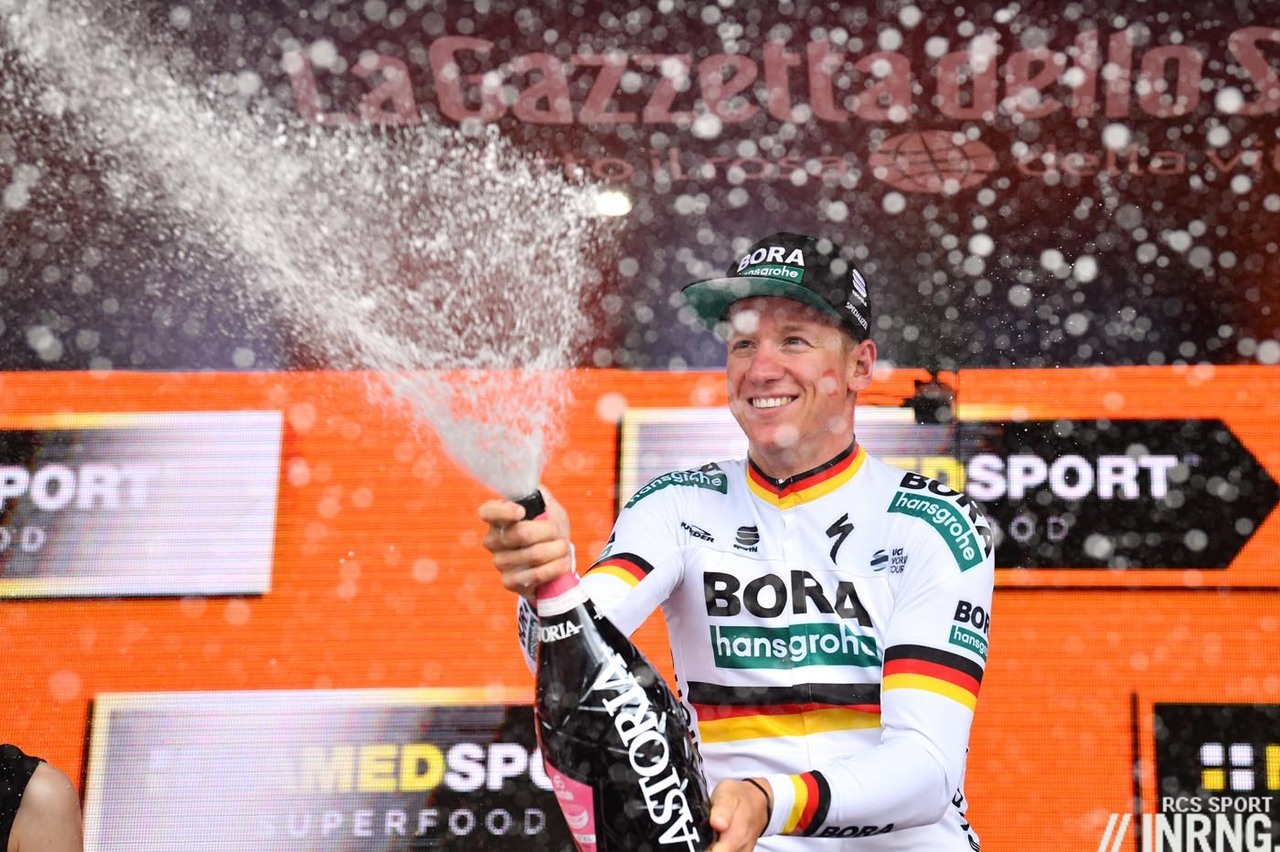 Ackermann beats the field: a rainy start and a breakaway formed after two kilometres including Giulio Ciccone who collected more mountains points and the jersey is his for the next few days at least Thursday and perhaps much longer as he’s a genuine climber. The escapees never got much more than four minutes and the sprint finish seemed inevitable. Caleb Ewan launched first, Fernando Gaviria and Elia Viviani went to the right and Pascal Ackermann did his own thing on the left and surged for the win with Viviani trying to get on his wheel but the Italian could only follow. The top five riders were five big name sprinters in the race with no look in for the others.

This ought to end the “why didn’t they take Sam Bennett instead” questions but this was never a question of form for the team, more one of function. Ackermann winning in his German champs’ jersey winning generates images worth a lot to his sponsor but there’s the long term matter of nurturing a promising talent compared to giving Bennett a chance when he’s due to leave the squad. Ackermann is now in the ciclamino points jersey and already talking about winning more.

The Route: 220km and after celebrating Leonardo Da Vinci at the start the race heads south passing through the tourist parts of Tuscany or Toskana as it can feel in high season and also skirting past some the Strade Bianche route but this time sticking to the tarmac.

The Finish: pan flat and along the featureless coast, and there’s the danger, parts are on roads where there’s a guardrail and the sea and little else so the peloton is exposed to even the slightest crosswind and the wind is going to blow, first a crosswind, then a three quarters tailwind, then a cross-headwind.

After few features, the final kilometre packs a lot it, it is stressful just to look at on the map and lead out trains will earn their crust. After passing the 1km to go banner they ride into Orbetello and with less than 500m it’s over a small bridge paved with rough flagstones it’s just here riders have to apply the brakes because there’s a sharp left turn followed by a sharp right bend which funnels into the very narrow finishing straight which is 400m long. 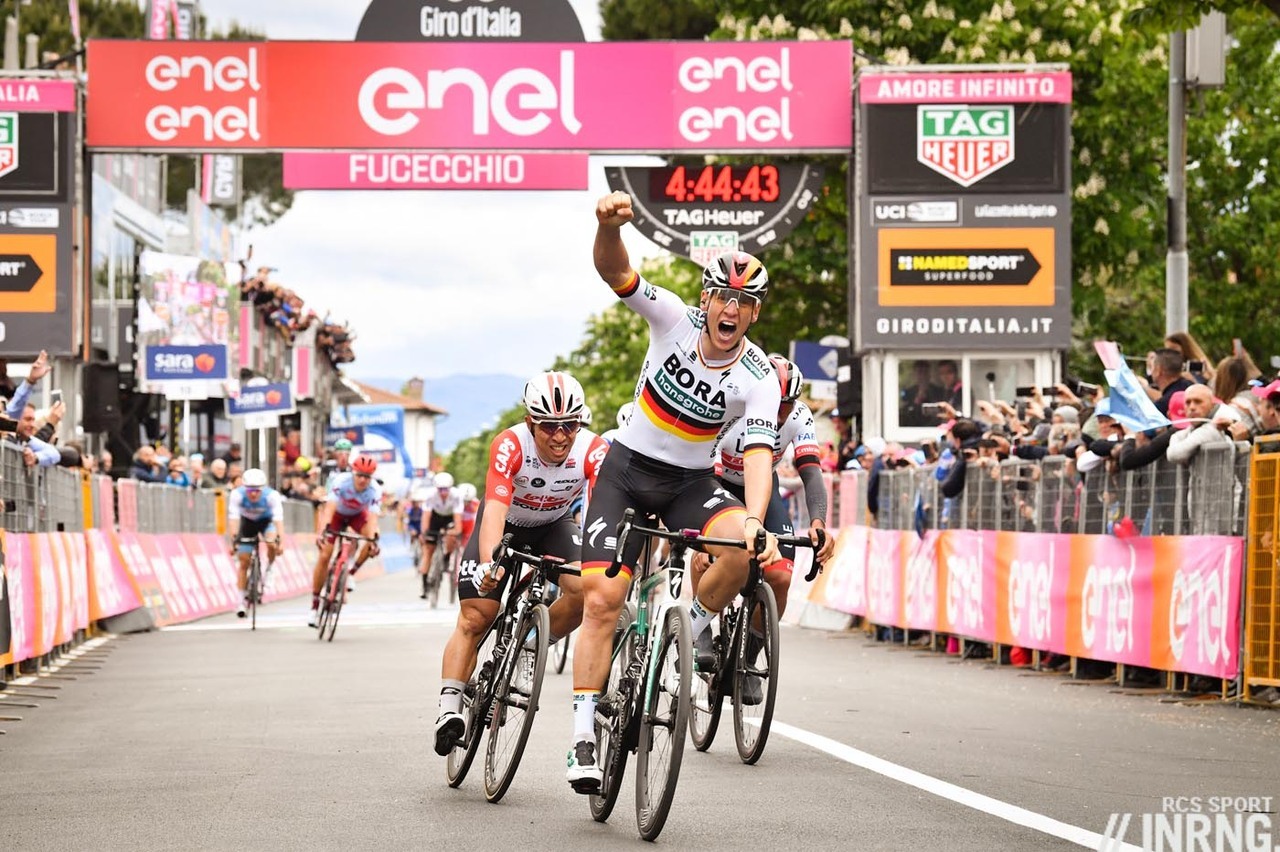 The Contenders: let’s take the same five sprinters and see what happens, yesterday there was a chance of a breakaway, today less so. Pascal Ackermann (Bora-Hansgrohe) was very fast yesterday but there’s still no pecking order and today’s sprint features the hectic chicane with 450m go which then funnels into the small finishing straight meaning this is no dragstrip speed contest where everyone can have a go, it’s a test of nerves too. So Caleb Ewan (Lotto-Soudal), Elia Viviani (Deceuninck-Quickstep), Fernando Gaviria (UAE Emirates) and Arnaud Démare (Groupama-FDJ) are the obvious picks but Gaviria tweeted about not feeling well yesterday, an off-day in the rain or is he ill while Vivian’s train doesn’t look as polished and Démare was just several lengths back.

Weather: a trip to the seaside but it’ll be cloudy and no more than 18°C, the wind will blow from the NE in the finish at 30km/h and as a rule this is the necessary windspeed to split up a bike race.

TV: the finish is forecast for 5.15pm CEST / Euro time. Don’t tune in too early unless there’s a surprise. It’s on RAI in Italy, Eurosport across most of Europe and Australia, L’Equipe TV in France and Flobikes and Fubo.tv in the US.