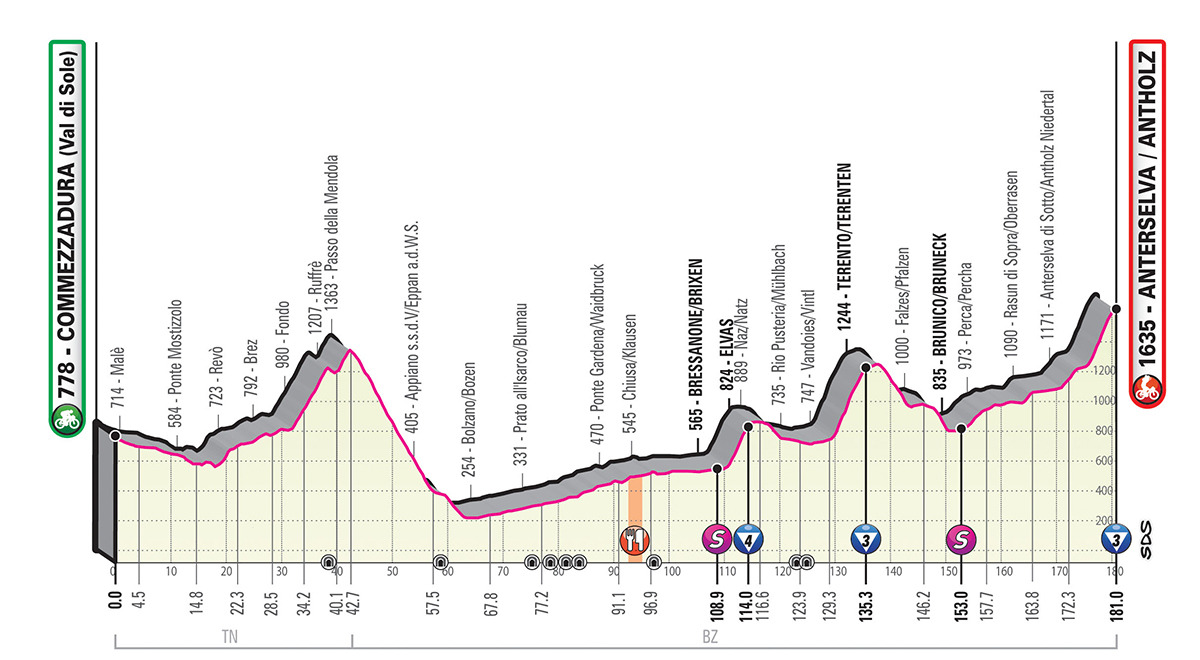 A stage in the mountains but not the most vertical of days, this is a good day for a breakaway… and an ambush. 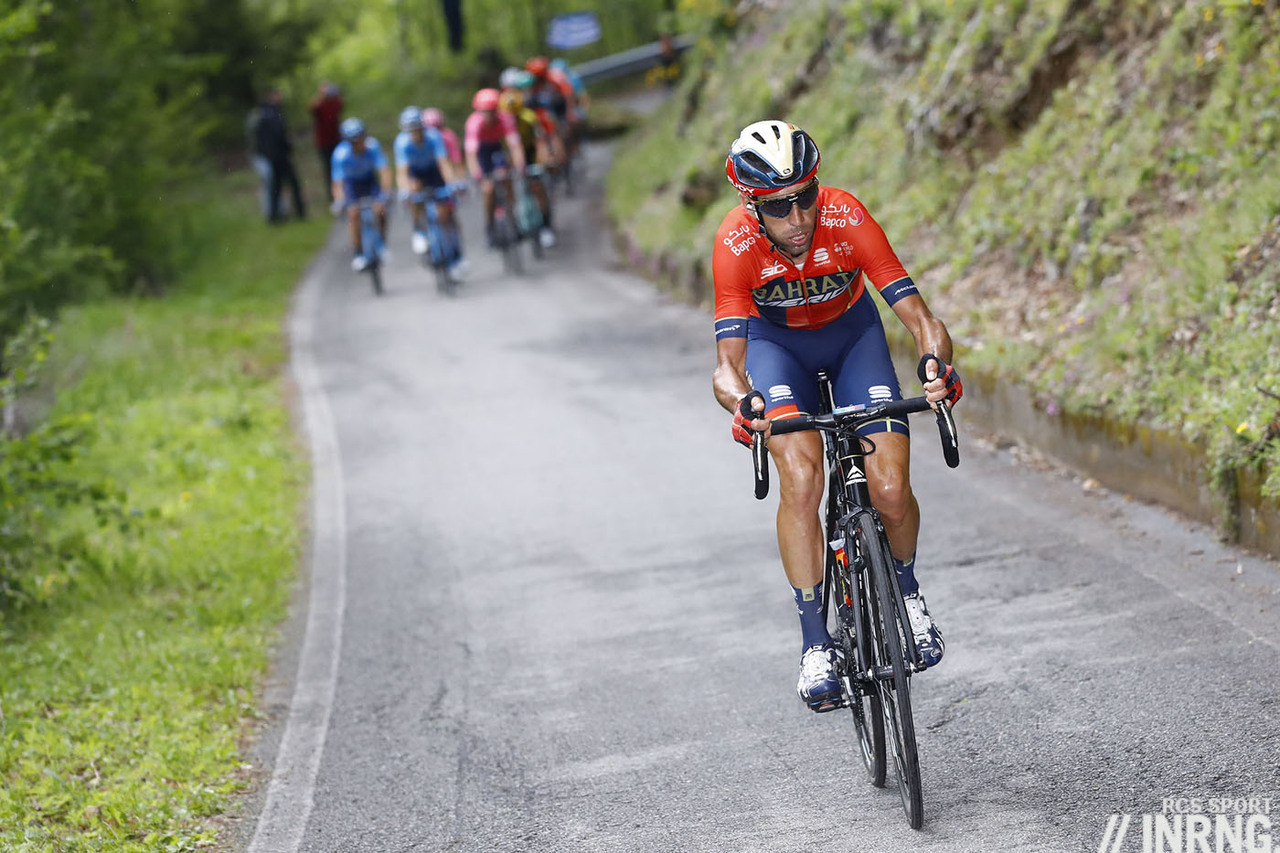 Mortirolo reversal: it rained and rained and rained. At least it didn’t snow. Who knows what might have happened on the Gavia but the Mortirolo was enough. Vincenzo Nibali attacked early and Hugh Carthy joined him, pulling all sorts of faces as he tried to hold his wheel. The pair were caught by Mikel Landa, Richard Carapaz and Miguel Angel Lopez. Primož Roglič was dropped. The descent was so wet you could use a canoe.

The valley section showed the importance of team work with Nibali and Lopez picking up team mates to help tow them to the finish, a luxury Roglič couldn’t enjoy even if he had Simon Yates and Bauke Mollema as allies and their cooperation limited the losses to 1m42s on Nibali and Carapaz. Who won the stage? Ciccone was first but Carapaz came out on top, he matched anything Nibali could throw at him and Roglič fell away. 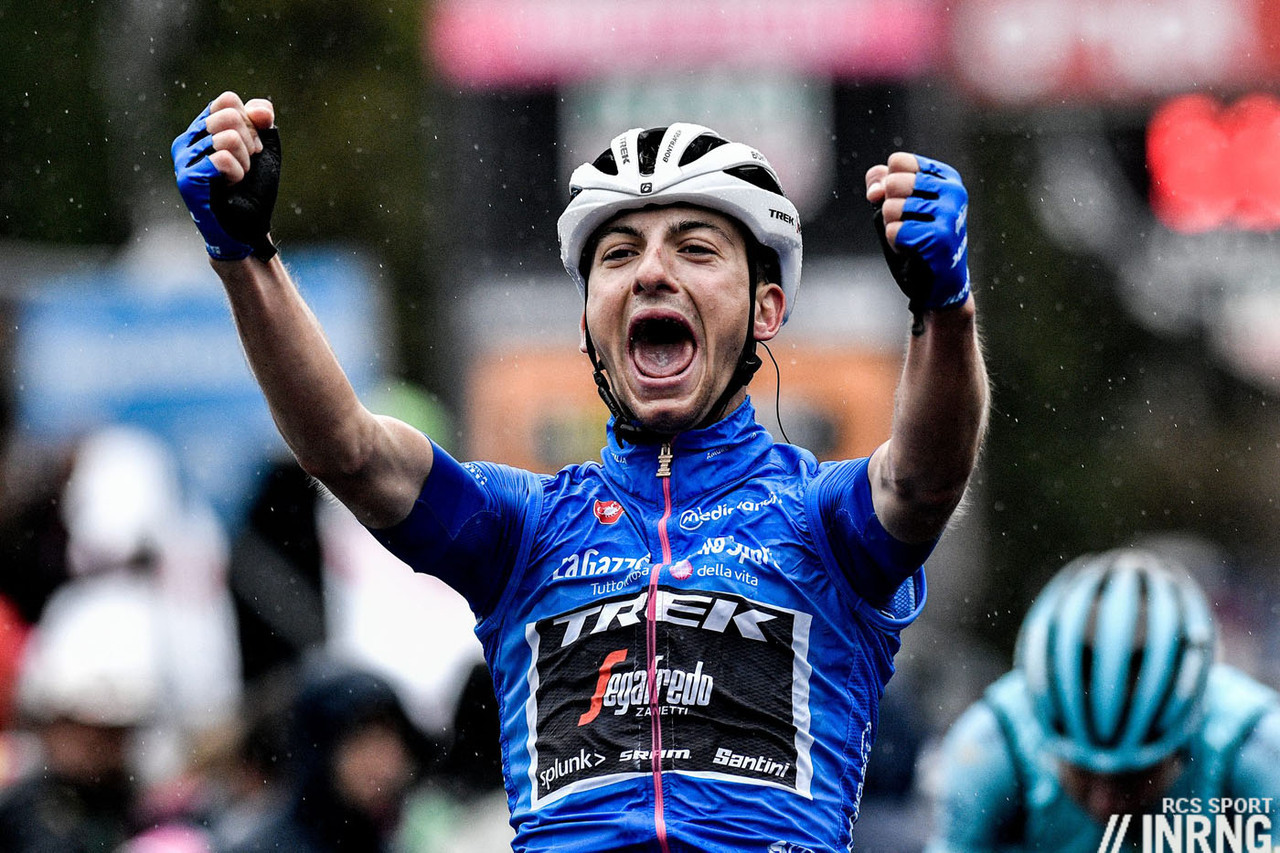 Ahead all day, three riders made it from the breakaway over the Mortirolo until Damiano Caruso was called back to help Nibali leaving two in Jan Hirt and Giulio Ciccone to contest the win. Once the descent ended, Hirt sat on Ciccone’s wheel and the pair were bickering, calling team cars and working their radios. Hirt’s body language almost apologetic, as if on team orders. But Ciccone won the sprint, whether he was stronger or Hirt accepted he shouldn’t win won’t be known for sure – Hirt said he was frozen solid – but it’ll be a popular result and the consecration of a strong Giro, the fastest up the San Luca in Bologna and on the attack ever since.

Finally, just a small thing to note but new RCS owner Urbano Cairo was at the race, as he has been for quite a few days now. He’s a football fanatic, a business tycoon and maybe heading for politics one day but for now he seems fascinated by the Giro, an asset he’s recently acquired. 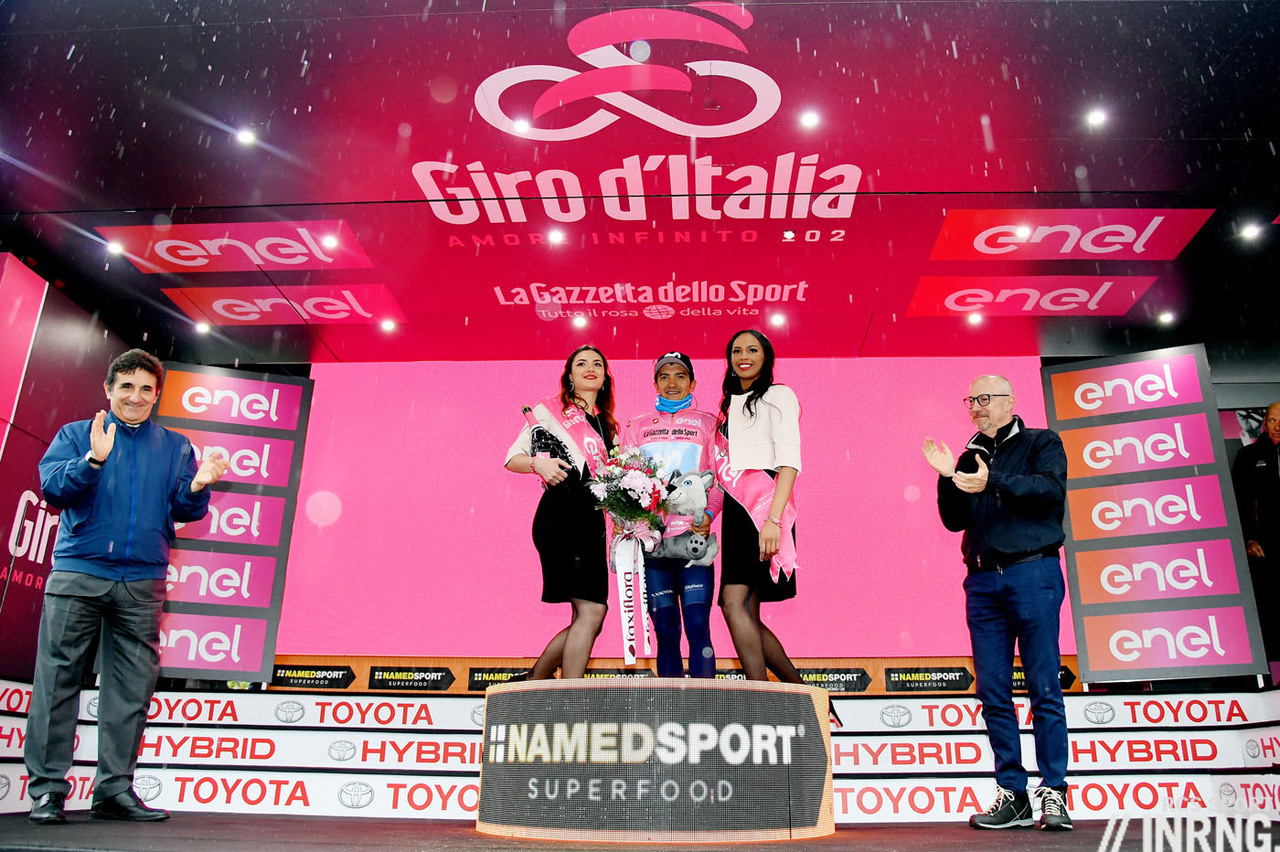 The Route: 181km and the Passo della Mendola, not even a third category climb for the race – these labels are elective, strategic – but still a climb to tackle. It’s a hard day but not quite a pure mountain stage, 3,500m of vertical gain but gradual rather than sudden as they ride into Italy’s German speaking part.

The Finish: it’s not a summit finish but it’s on a mountain pass, they climb the lower slopes of the Passo Stalle and the last 4km are at 8% before turning off the road, passing underneath it and then and the finishing on the shooting range of the World Cup winter biathlon round.

The Contenders: a great day for the breakaway and the winner will need to manage the final 8% ramps to the line. The likes of Valerio Conti (UAE Emirates), Matteo Cattaneo (Androni-Sidermec) and Ion Izagirre and Dario Cataldo (Astana) come to mind as they weren’t in the action yesterday meaning they could have something for today. Bob Jungels (Deceuninck-Quickstep) needs to salvage something for himself and his team, Thomas De Gendt (Lotto-Soudal) is a prototype pick for a day like today and Gianluca Brambilla (Trek-Segafredo) could try too.

Weather: cloudy and damp, 11°C as if it’s early April rather than late May.