Sky Reaches The End of the Road 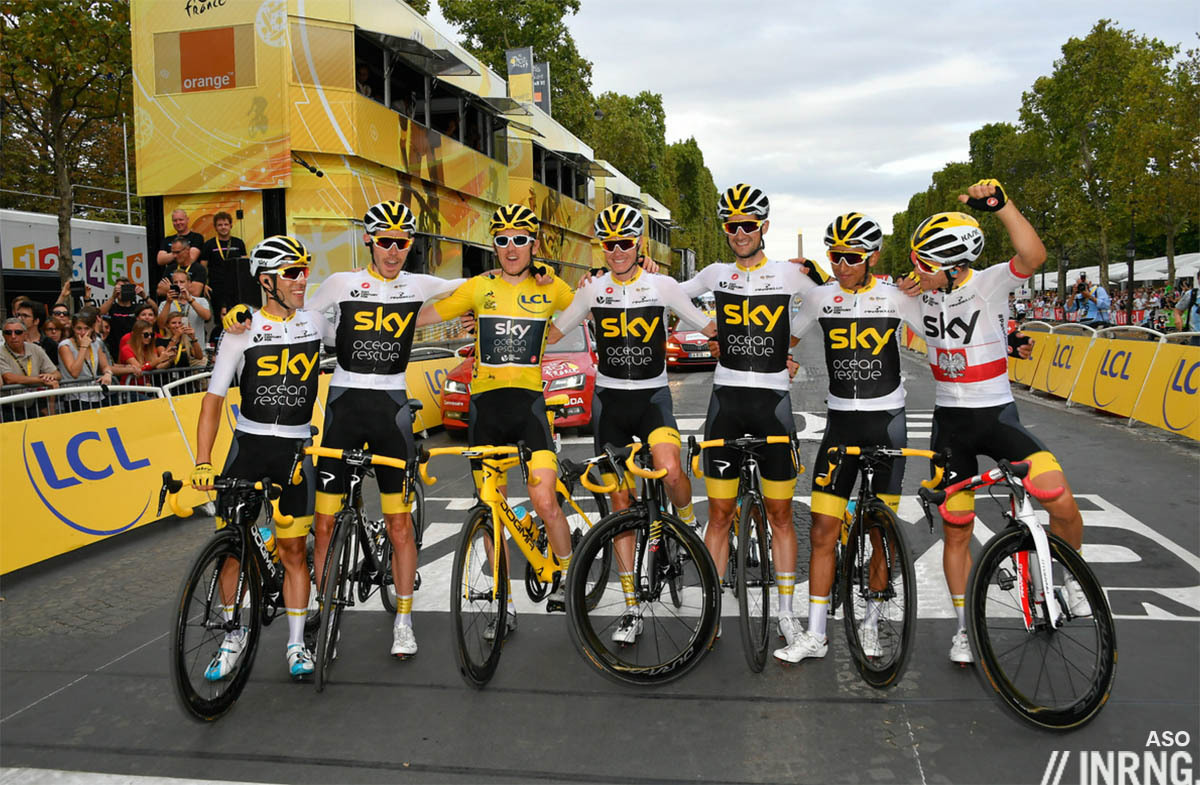 Sky has announced it is pulling out of sponsorship of the pro team and 2019 will be the last year for the UK media firm in the peloton. Now the team faces a race to secure funding for 2020 with realistically only months to do this. It’s yours for £30 million a year.

First remember that Team Sky and the legal entity behind it, Tour Racing Limited, is owned by Sky which has been taken over by Comcast. A legal point but important because it means the squad is Sky’s property rather than the more usual structure of team managers owning the team and selling sponsorship rights. Consequently a replacement sponsor won’t just have to commit a sum of sponsorship, they need to buy the squad off Sky. Presumably this will cost pennies given that without sponsorship the entity near-worthless. One asset, or liability depending your point of view, retained by Sky is the long duration rider contracts, such as Egan Bernal’s five year deal and Geraint Thomas’s three year extension. Sometimes if a sponsor vanishes then remaining contracts become worthless but it’s likely that Comcast, Sky’s new owners, are liable. In short Bernal and Thomas, or their agents, probably won’t lose a penny …but they could have change of control clauses in their contracts. 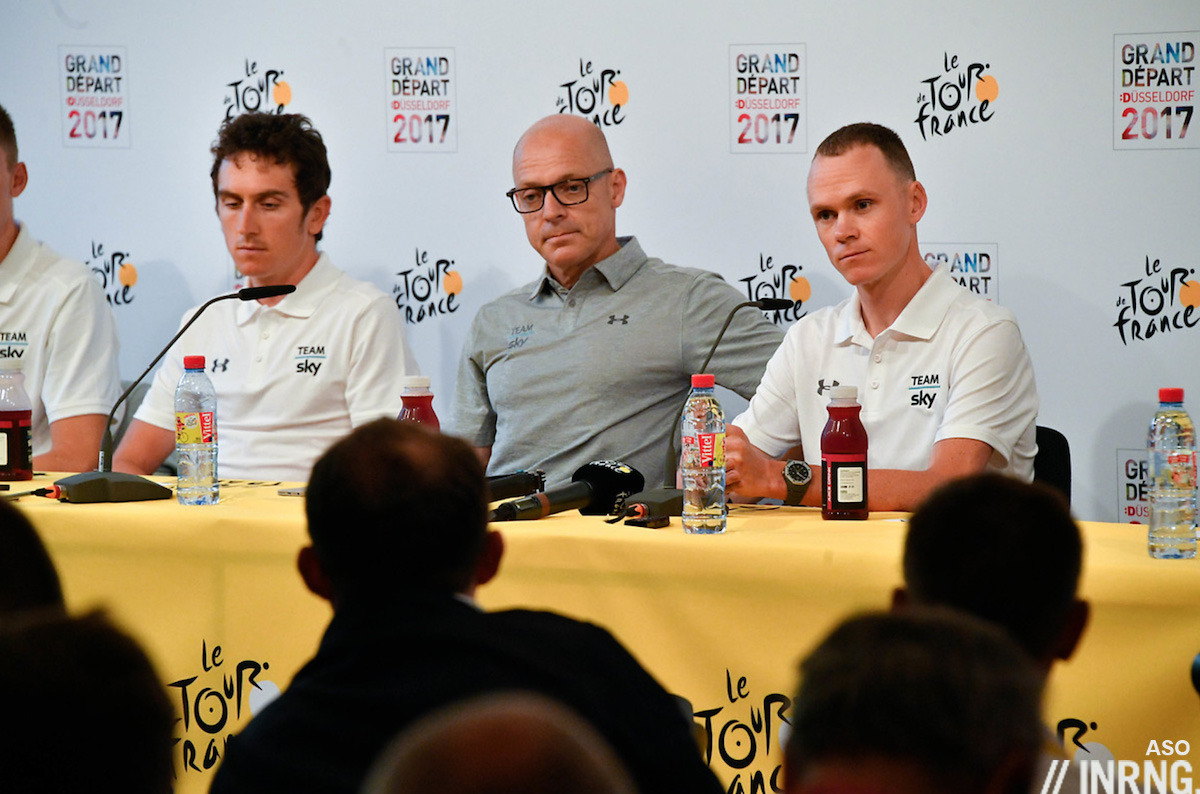 Is the new ownership a reason for the sponsorship being dropped? This has been suggested here before and is the best hypothesis. Sky has been bought by US broadcast Comcast and this marks the exit of the Murdoch family including James Murdoch who has been the team’s biggest supporter.

To some extent Sky’s sponsorship ending is normal anyway, nine years of continuous sponsorship is a long stint, corporate sponsorship deals that last half this are normal. Plenty of sponsors have come and gone during Sky’s time, think Argos, Sharp, Saxo or Orica. In recent years Sky’s not had the impact that it did at the beginning: Tour de France wins have become “baked in”, victory has become expected rather than exceptional while recent years have been clouded by negative headlines about “Jiffy bags”, parliamentary enquiries, credibility-stretching tales of lost laptops and Froome’s salbutamol case and some of these matters persist with medical hearings about a former team doctor Richard Freeman happening next year, the kind of publicity they can’t afford.

There’s now a clock ticking. Apparently Dave Brailsford was only informed of the decision within the last few days and the team were told last night. If Sky are signed up until the end of 2019 that doesn’t give the team a year’s notice, they have months to find a replacement because the team can’t go into autumn without financial backing. When BMC announced it was pulling out, the team only secured a replacement sponsor in CCC by July, by which point there had been a huge exodus of their riders. This was different to Sky because all the BMC riders were said to be on one year deals meaning they had to find a job elsewhere but the lesso is that riders whose contracts are up won’t wait too long for good news, the best will be cherry-picked in the spring and the others will sign elsewhere during a Tour de France rest day. In short the deadline for a replacement is July but the sooner, the better for them.

Management is bound to be distracted by the search for a sponsor but the team’s staff is big enough to walk and chew gum at the same time, to have some people handling sponsorship and others on the road. They had Froome’s salbutamol case hanging over them last year and still won plenty. 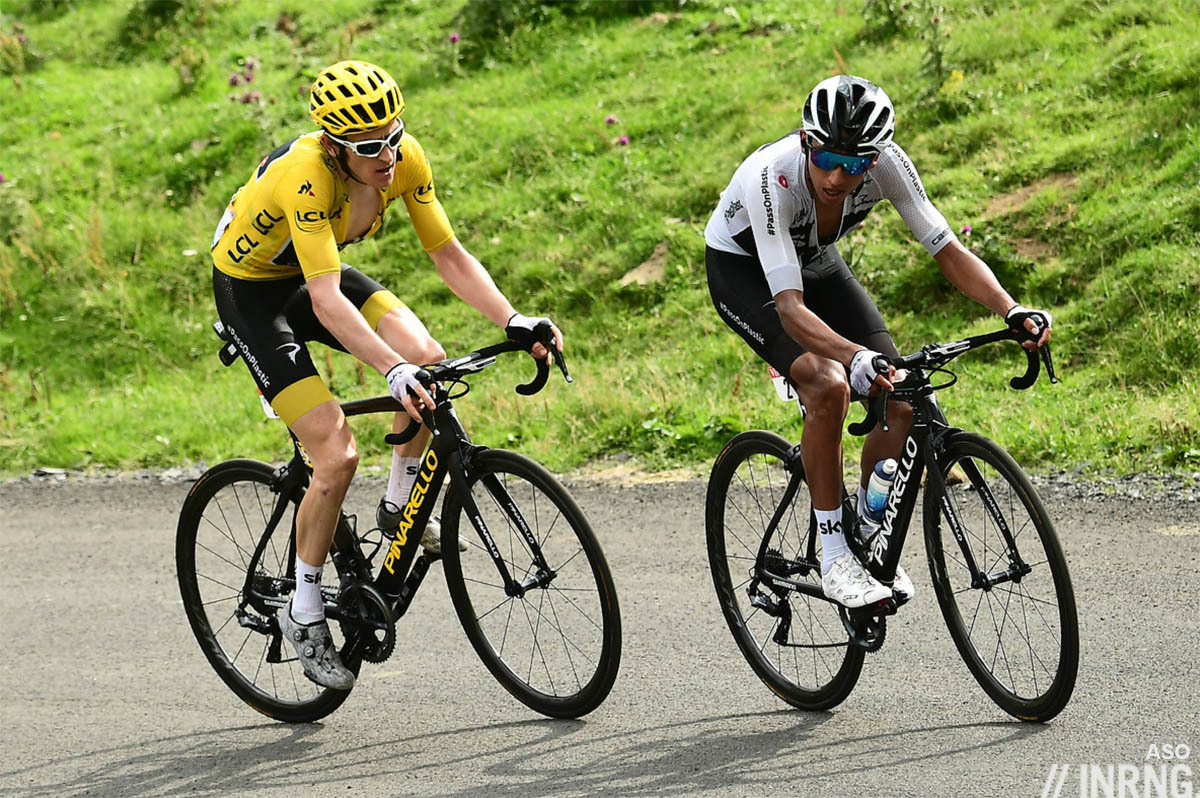 Can they secure a replacement? For starters they have Ford as a vehicle supplier, a blue chip sponsor already on board. As for reaching other sponsors the marketing pitch should be easy to write given the team’s record in the Tour de France, the prize that counts above all others. Boardrooms might shrug if they were asked about taking over, say, Astana or Dimension Data but Sky’s success ought to open doors. No sponsor will buy in based on past performance, Chris Froome will be 35 by the 2020 Tour de France and Geraint Thomas 34 and if the team have Egan Bernal they’ll also need to secure the roster of millionaire domestiques that has been their modus operandi in stage races.

The chart for Team Sky’s budget shows the spend is a moving target, the sums involved to outdo rival squads go up every year so a replacement hoping for similar dominance needs to consider this World Tour inflation rate in order not to stand still. Landing landing a replacement sponsor is one thing, finding one to match the funding supplied by Sky – both the quantum and the flexibility to draw down millions as and when – is another matter. As Sky’s accounts have made clear the team has been able to draw down money almost at will, very different to most other sponsorship deals where a corporate allocates a fixed sum and it’s up to the team to spend it appropriately.

How much do they need? The headline budget is £35 million from the last set of accounts for 2017 but Sky’s sponsorship was £25 million as notes to the accounts show (screengrabbed above). It’s still an amount likely bigger than the rival team budgets and also it may well have increased since 2017 too. Still it’s what they call a “unique proposition”, come in with the kind of spending Sky has done and the Tour de France is practically yours. Not that the sum has to be matched, perhaps Sky are replaced but on a lesser budget to rival teams an we get to see just how good the management are?

Conclusion
Sky are leaving, seemingly a result of the Comcast takeover. The announcement is sudden, the 2020 season may seem distant but it means only months to secure a replacement but there is the prospect of being able to buy a franchise that has dominated the Tour de France and this ought to interest potential replacements.