The race resumes as it left off with a summit finish. The altitude of 565m looks modest but Peña Cabarga is where Chris Froome burst onto the scene as a grand tour contender with his first pro win.

The Route: 160km east along the coast… until Peña Cabarga, literally “Cabarga Rock” but if it wasn’t for that pesky virgulilla on the ñ of Peña then Pena Cabarga would do fine too, “Cabarga Pain”. A rock will do nicely though, it’s a large mountain that hangs over the city of the Santander, a bonsai Mont Ventoux with its giant aerial at the top and the wide road. 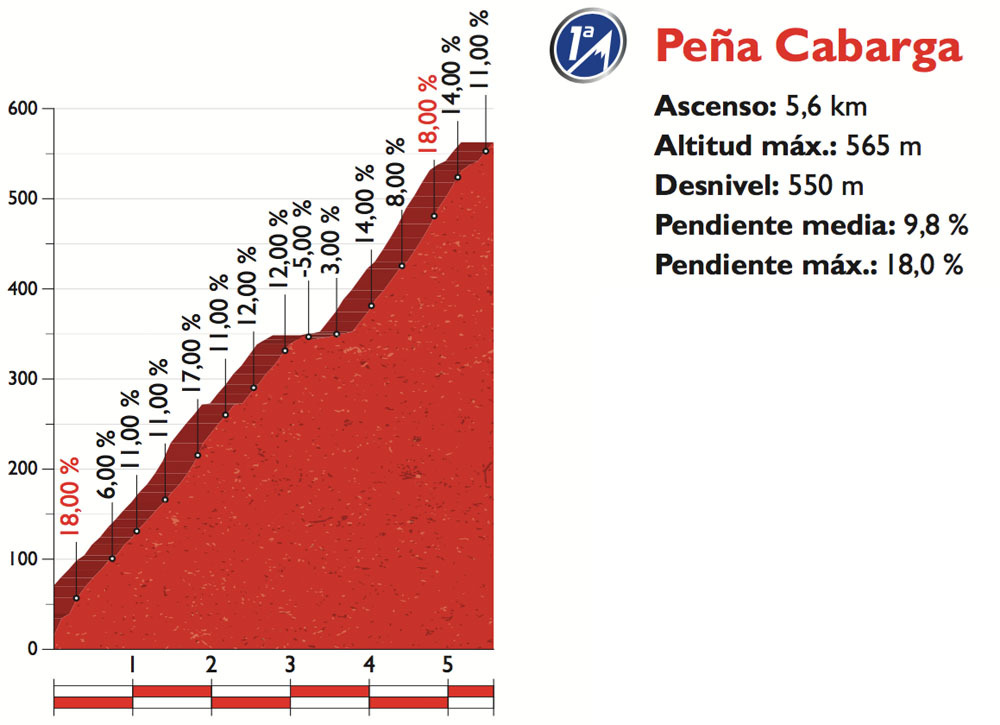 As the graphic shows it’s 5.6km at 9.8% but with 18% near the top and regular double-digit gradients. There’s a rest section at La Ida halfway up but only to make matters harder as it breaks they rhythm. This is no goat path, it’s all on a regular, wide road with a good surface. 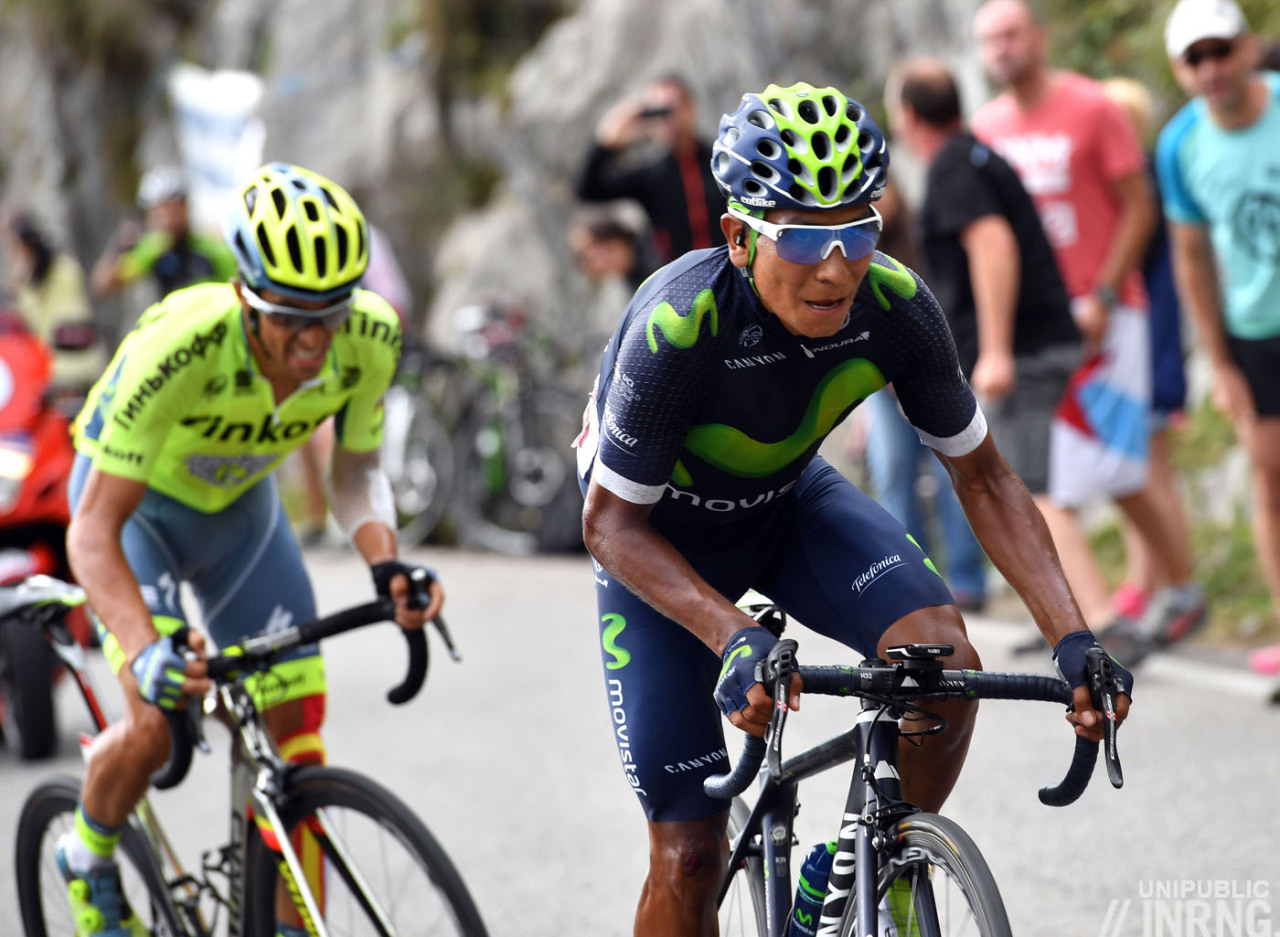 The Contenders: Chris Froome has won here before so why not again? He’s racing in a confounding style by trying to pace himself up the climb rather than worrying about the stops, starts and surges of his rivals. It’s a clever strategy but risky, especially as it means he can’t mark his rivals, or rather his rival Nairo Quintana. The Colombian is proving to be the best climber in the race, versatile on long mountain passes and shorter efforts alike.

The stage begins outside a dinosaur museum so what better tribute to veteran rider Alejandro Valverde? Jokes aside the Murcian is going well and a contender. Alberto Contador should be on the mend from his crash injuries so could feature too while it’s D-day for Esteban Chaves, already over two minutes down and a minute off the podium but this shorter climb could suit him. Gianluca Brambilla is going very well too on these short climbs, a contender today and for his Tour of Lombardy too.

The breakaways are having a great time of it but this is still an awkward stage to stay clear on, once again the climbers have to strike out on the flat roads for 160km before they find suitable terrain. Still the last time the Vuelta visited in 2013 Vasil Kiryienka won solo

Weather: sunny and a top temperature of 23°C.