Who Will Win The Mountains Jersey? An iconic jersey and an accidental competition. If a big name rider wins like Chris Froome did last year then it’s incidental, a bonus on top of the yellow jersey. If a lesser rider wins then we may appreciate the effort but it can feel like the triumph of arithmetic rather than a genuine award for the best climber. Either way it’s a fine prize and many riders will try to wear it, even one day can mark a career. Here’s a look at the competition for 2016 with the contenders and what’s new with the points scale.

History: The term “best climber” began in 1905 when the L’Auto newspaper started to label a ride in the race but it was merely a label in the newspaper associated with the race, a subjective term. 1933 saw the first formal classification and in 1975 the competition got a dedicated jersey. The polka dots came about because the sponsor of the competition was Poulain, a chocolate company that used red and white packaging at the time. It’s stuck despite the change of sponsors and it’s become so symbolic that other races use a dotted jersey for the competition too. Chris Froome won it last year.

Points: The classement général du meilleur grimpeur is the strict title. It is a points competition and the bigger the climb, the more points:

In case you wonder how climbs are categorised, see How Are Climbs Categorised? from last year.

Here’s the split of climbs for the 2016 race, the finishes reflect the doubled point opportunities.

The total points score is for the first rider on the climb. As you can see the points scale is heavily weighted towards the stage winners of the big summit finishes. All those efforts sprinting for third and fourth category climbs might bring the jersey early but they’re unlikely to help a rider keep it. To exaggerate to make the point should a rider bag every single third and fourth category climb in the race they’d earn 26+18 = 44 points which is less than winning one summit finish atop an HC climb with 50 points up for grabs.

2016: Accidental GC or Raider?
The jersey has become a target for breakaway riders who aim to go on a long raid in the mountains to amass points, often day after day. However last year Chris Froome won it almost by accident on his way to winning the race overall.

What’s interesting for 2016 is the number of first category climbs, 12 in total and up from just five last year. This looks deliberate, an attempt to give away more points ahead of the big summit finishes, and certainly having ridden and reconned all of the mountain stages ahead of the race the classification of some seemed generous, as if the race wants to tilt the competition to the breakaway riders. 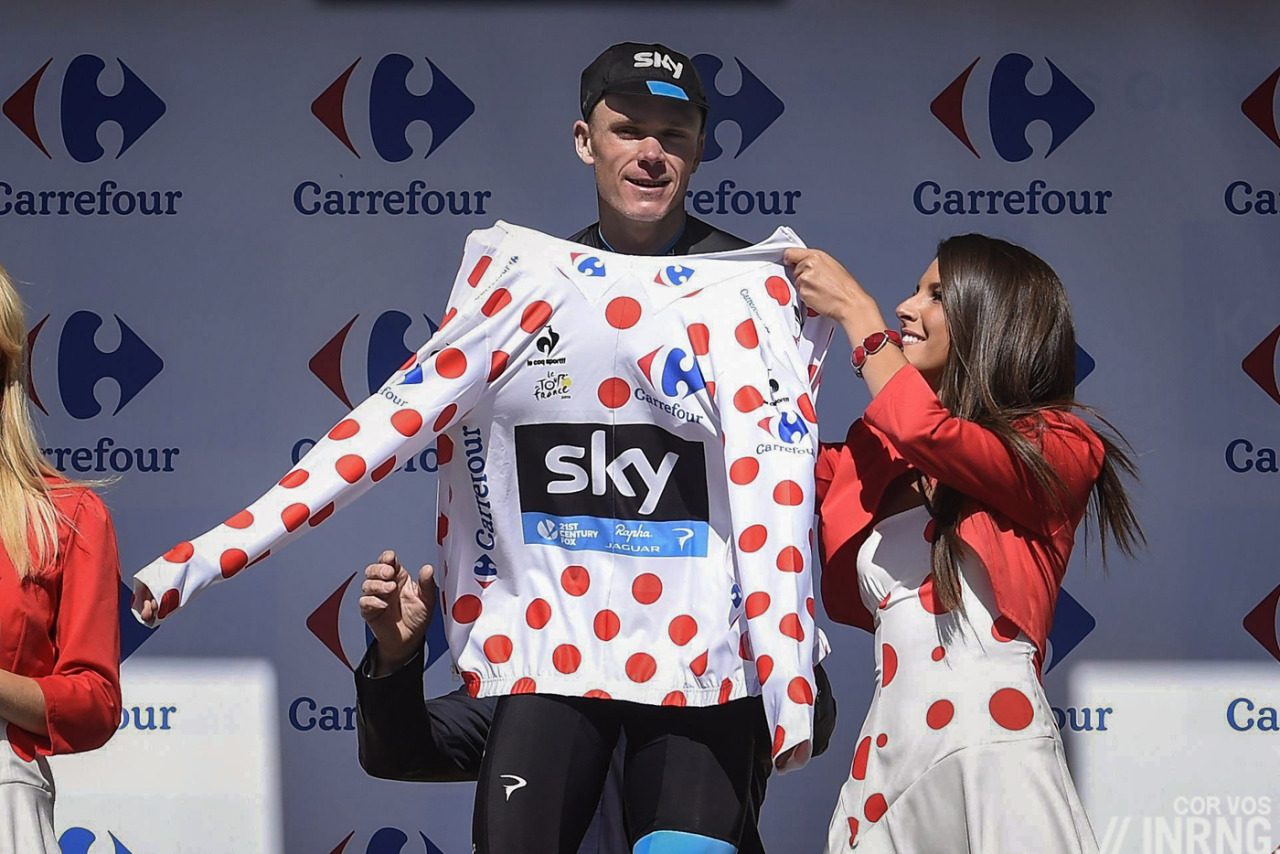 The default picks are the overall candidates especially those capable of wining the three HC-rated summit finishes on Stages 9, 12 and 17, it’s here that Chris Froome and Nairo Quintana get the nod ahead of the others. Win atop Mont Ventoux and by the Emosson dam and that’s 100 points in the bag. Similarly Alberto Contador should be close too. 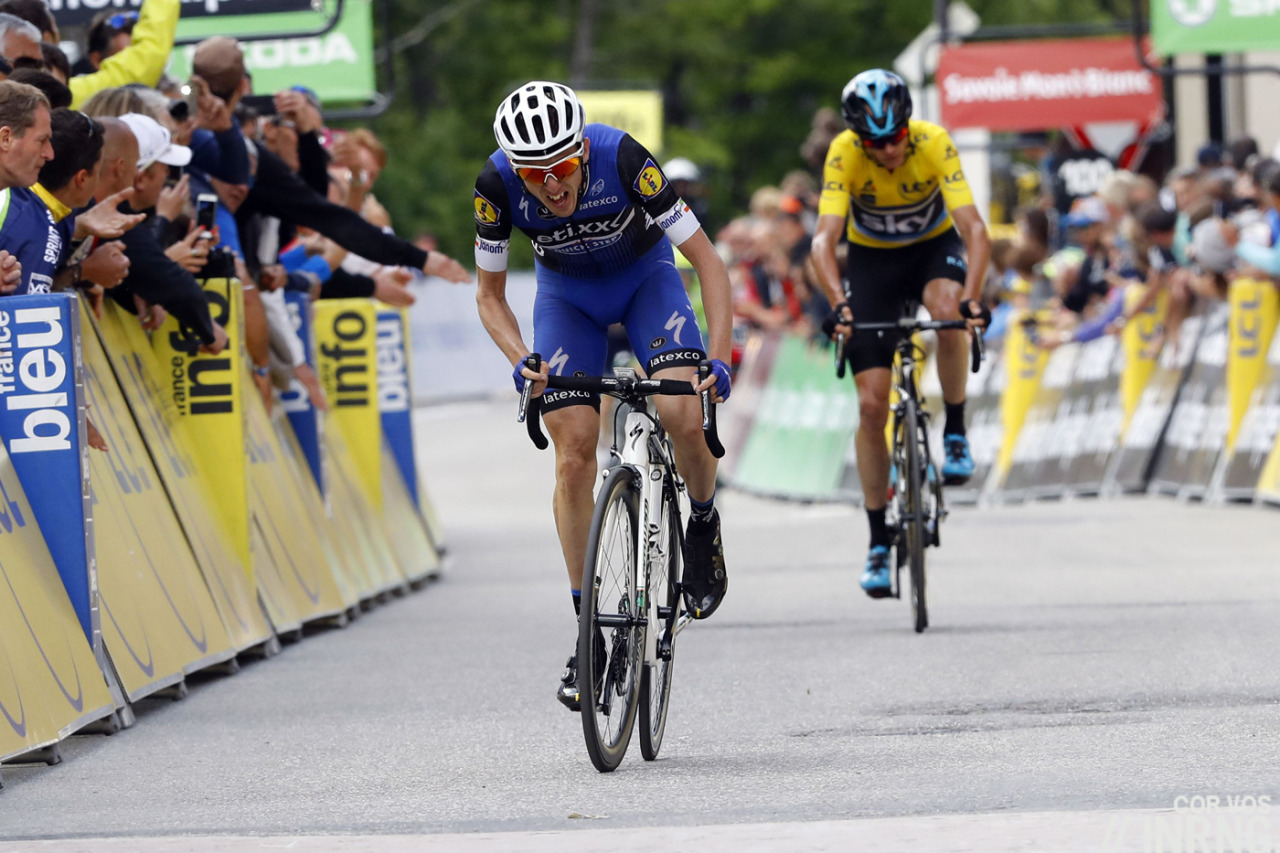 Dan Martin is an interesting pick. He was excellent in the recent Dauphiné, climbing with the best and unleashing a very fast finish which can bring stage wins and crucially double points on the summit finishes. There are questions whether he can hang with the main GC riders for three weeks but if he can’t then he can use the final week to go in the breakaways and take points. 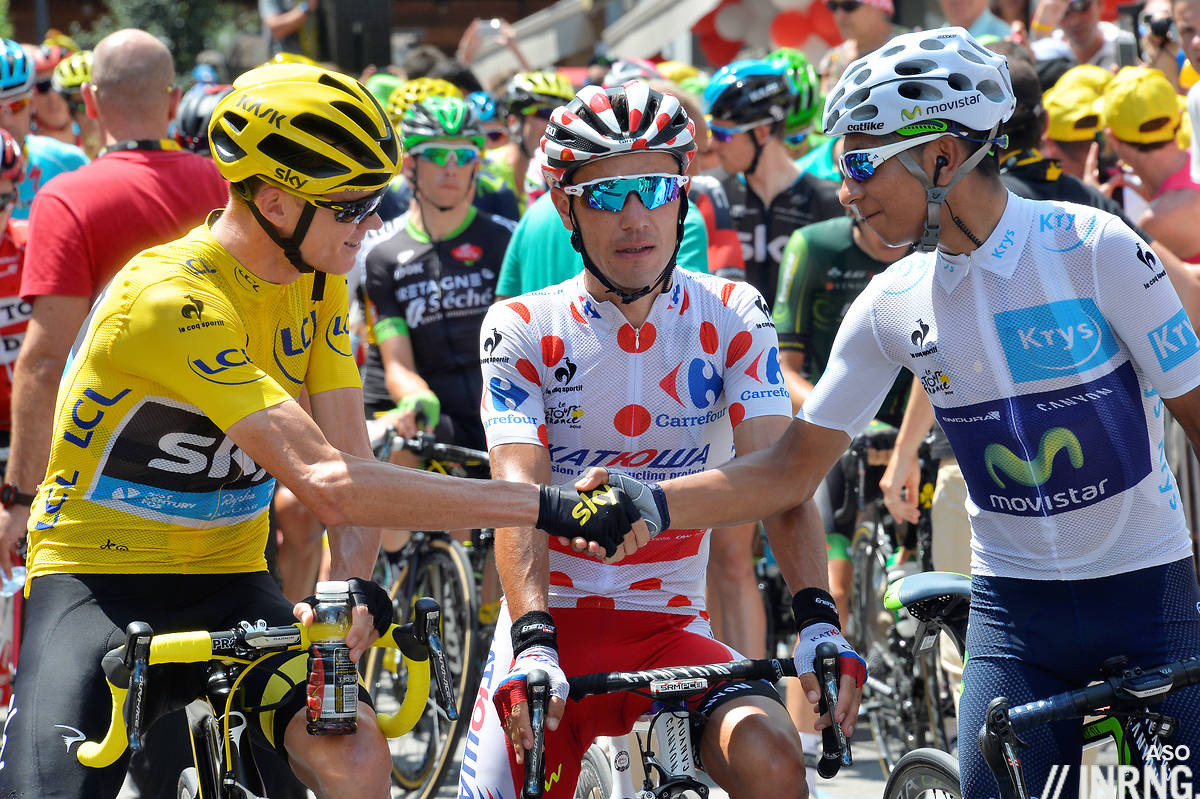 Joaquim Rodriguez was a prototype rider for this competition only his results are slowing and if he wore the jersey last year he didn’t win it because he lost out in the big summit finish battles. Katusha have Jürgen Van Den Broeck and Ilnur Zakarin for the GC so this leaves Rodriguez free to chase stages and the jersey.

Fabio Aru was missing in the Dauphiné but that was a month ago. If he’s got himself into shape then he can hang with the best in the mountains and has an explosive finish. If he’s off the pace then it’s Operation Salvage and this would be a consolation prize. Vincenzo Nibali is a contender too, he could decide not to bother with the overall but pick off stages and “help” Aru by going up the road in the mountains but if he’s to win it’ll be on his way to taking stage wins. Jacob Fuglsang is strong too but surely on team duties after being given his chance at the Giro. 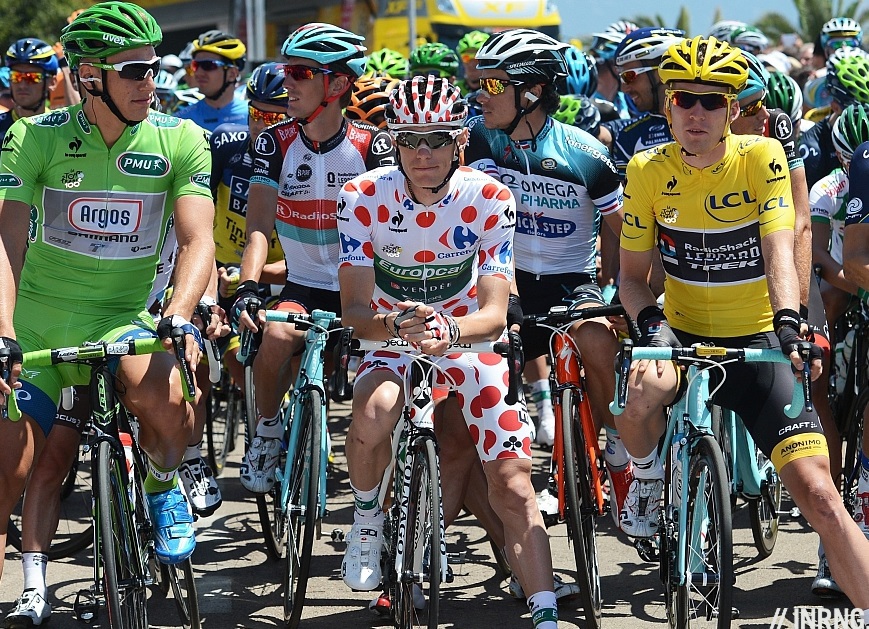 Pierre Rolland 1.0 used to lose beaucoup time in the opening week and the time trials so that he began the mountains with a big deficit and readjusted ambitions, giving him the motivation and the space to attack and climb his way back into the top-10 overall. Cannondale are trying to rewrite the script but so far the results have not followed and Pierre Rolland 2.0 could return to his old ways and perhaps the polka dot jersey. Cofidis’s Daniel Navarro tends to follow a similar story to the Rolland of old. Daniel Teklehaimanot made a name for himself last year by taking the jersey in the first week and is a good example of how much this jersey matters, it can give some riders a big goal to aim for. Now he’s back with bigger ambitions. He can climb well in the high mountains too and took the mountains jersey recently in the Critérium du Dauphiné. If things go wrong for Warren Barguil, Thibaut Pinot or Romain Bardet in the opening week then the polka-dot jersey will become a welcome Plan-B and all three can, if they have the perfect race, aim for a high GC placing and the mountains jersey. Bardet is the best pick given his more explosive finish while his team mate Domenico Pozzovivo could try too. Louis Meintjes is climber in search of something and Lampre-Merida team mate Rui Costa looks to be going back to searching for stage wins rather than chasing a top-10 GC finish and this could mean he collects points from going in breakaways. Bauke Mollema‘s been aiming for high GC finishes but can feature, the same for Adam Yates who is probably more interested in the White Jersey.

Finally this is the meilleur grimpeur competition but the best climber in the race may not win. Pure climbers like Mikel Landa, Mikel Nieve, Rafał Majka and Winner Anacona will be working for their leaders rather than going for points.

Comment: Froome and Quintana lead the list because of the certainty they bring in the high mountains. However the addition of many more first category climbs this year substantially increases the chances of the “raiders” as they have more chances to score ahead of the summit finishes. Predicting who this will be is not easy, it’s almost a lottery but a climber who can deliver in the third week stands to gain rewards here. Joaquim Rodriguez is an obvious pick but doesn’t seem to sparkle as much these days while circumstances can dictate the competition, a rider Bardet could easily be caught the wrong side of a split or crash and end up deciding to go for the mountains competition because they’re forced to change objectives during the race.