Stage 13, lucky for John Degenkolb? The German’s missed many chances so far but today could be the day to change things. From afar the day looked like it was for a breakawas but the lack of an obvious sprint star in the race means several teams will fight hard to set up their sprinter. Stage 12 Wrap: another stage, another five minutes of action worth watching although normal given the previous day’s efforts in Andorra. A break of five went to be caught in the final kilometre. The chasing teams had their work cut out with some good engines in the break, notably Alexis Gougeard, the energetic rider on Ag2r La Mondiale where the team management have issues restraining him.

MTN-Qhubeka worked hard but this used up a lot of their riders, the same for Lampre-Merida and the break’s chances rose when a slow puncture for Danny Van Poppel meant Trek had to stall their chase in the final 10km as he rode back. It didn’t phase the 22 year old Dutchman who took a clear win, his fourth of the year and his biggest so far. Meanwhile Giant-Alpecin messed up their leadout and John Degenkolb wasn’t so much boxed-in by Lotto-Jumbo but gift wrapped and with a ribbon on top while Van Poppel surged away.

Van Poppel comes from a cycling family with his brother Boy, also a pro at Trek Factory Racing. Father Jean-Paul was a top sprinter in his day who is worth looking up on Youtube for the way he could surge with a long spring, the kind only Alexander Kristoff and occaisonally Arnaud Démare can manage. Mother Leontine van der Lienden rode the 1984 Olympics.

The Route: the Alto de Beratón is the high point of the route and a first category climb but look how steady the climb is, it’s really 5km at 6%, accessible to all. Later on comes the Alto del Moncayo, another steady climb of 8.5km at 4.5%. It includes a couple of steeper sections in case a rider wants to attack but it’s a long way from the top to go clear. 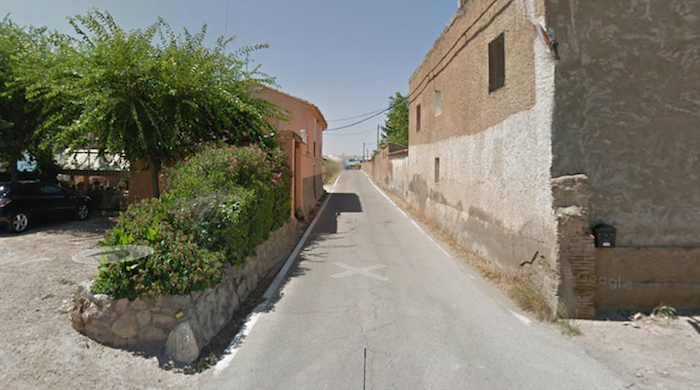 The Finish: a narrow approach on small roads. The pinch point above is with just 500 metres to go, risky if there’s a bunch racing into town but there’s a good chance of a breakaway. Otherwise it’s straight and predictable with a slight rise to the line.

The Contenders: another contest of breakaway vs sprint teams. John Degenkolb‘s lack of success so far is encouraging the other sprint teams to give it a go; in past editions of the Vuelta he’s taken five stages. Now there’s no monopoly other teams feel more enterprising and willing to work all day for their sprinters.

Still this is a day the breakaway riders will have marked for some time and we should see a strong move go clear, perhaps after a fight. So think Adam Hansen, Alessandro de Marchi, Amaël Moinard, Steven Cummings and Angel Madrazo. Jurgen Van den Broeck might test his legs but once again he’s been a pro since and has only one win so far. José Gonçalves has been a surprise this race and the Caja Rural rider has gone in many moves and contested sprints too. Giovanni Visconti is another name but yesterday Movistar said no to J-J Rojas sprinting as he was tasked with pacing their GC leaders despite their less than glorious positions now. Team Sky have to change plans now so perhaps Vasil Kiryienka is let off the leash today?

Weather: cool and cloudy with a top temperature of 19°C.

TV: they’ll cross the Alto de Moncayo at 4.50pm Eurotime with the finish at 5.40pm. It’s on Eurosport and you can rely on Cyclingfans and steephill.tv for links to feeds and streams.

Daily Díaz: The Moncayo Massif has been a regular in the last editions of La Vuelta. At 2,314 m above sea level, it is the highest point of the Iberian System, a mountain range in North­Eastern Spain. Speaking of altitude, how many stages in 2015 Vuelta will cross the 1,000 m line? 11, which is more than the 9 in this year’s Tour, or the 8 in this year’s Giro. If we look at the vertical gain the Vuelta will probably be the third grand tour, but the geography of Spain allows to cross the 1,000 m barrier many times. How many stages in 2015 will cross the 2,000 m line? 2 in the Giro, 4 in the Tour, 1 in the Vuelta (Andorra, actually). Conclusion: Spain has lots of mountains, but not so many roads over the highest passes.