The peloton turns its back on Andorra and the climbing today is gentle. But will the racing be easy? That’s up to the riders and we could get a wrestling match between the sprinters’ teams and a breakaway. Stage 11 Wrap: it was a hard stage but it wasn’t great to watch. Right from the start a big move went clear and others bridged across. Romain Sicard the highest on GC and Mikel Landa disobeying team orders. Over the next 130km this was reduced until Landa was solo and on his way to the stage win.

Things did happen behind, an early crash for Chris Froome had him hobbling and once he got back on the bike he took a long time to make it back to the peloton, even with his hare-vs-tortoise pacing method this was slow and something wasn’t right. Sky rode on the front but it looked like show, a bluff and TV images seemed to show Froome getting pills, presumably a painkiller or anti-inflammatory from the race medic and went for X-rays in the evening (update: he’s out of the race)

We got a glimpse of a tactical ploy when Movistar’s Imanol Erviti and Katusha’s Alberto Losada sat up in the break and were joined by Alejandro Valverde, Joaquim Rodriguez and Dani Moreno on the tricky descent of the Coll de la Gallina, a classic relay move and a rare sighting of a Spanish alliance, often talked about but very rare. It came to nothing as they were reeled in. On the final climb Fabio Aru attacked with 7.5km to go. Anyone who’d been watching the whole stage would have found this late in the day but it was relatively early given how slow everyone looked. Only the Sardinian appeared more energetic, his body rocking to a high cadence while the others, including Nairo Quintana, looked to be pedalling treacle. Aru rode away to put 35 seconds plus a time bonus into Moreno and now leads the race with 27 seconds on Rodriguez and 30 on Dumoulin. Is Dumoulin going to “do a Hesjedal” and each day we expect him to crack he’ll soldier on? There are some very difficult stages to come before the time trial so once again anything he does is a bonus.

It might not have been a riveting watch but it was a decisive day. Sky and Movistar now look out of the running for the red jersey with Valverde almost two minutes down, Quintana at three and Chris Froome at over seven minutes. How far will Aru go? He’s taken time on the two summit finishes now and if this continues then he won’t have to worry about the time trial.

Finally Sergio Paulinho was taken out by a motorbike on the day Tinkoff-Saxo published an “open letter” calling for improved safety following Peter Sagan being run off the road by a motorbike. Oleg Tinkov added to the noise with ranting tweets about a boycott which would only harm his riders. Rafał Majka sits in fourth place and won last year’s Tour of Poland on the back of a surprisingly good time trial, a podium awaits if he can persuade the boss and avoid moto mayhem.

The Route: the Col de Bóixols is 15.8km at 5% and steady all the way, much like the rest of the stage.

The Finish: a long flat, straight run into town. The profile above shows an uphill rise to the line but the roadbook’s location for the finish is a flat section several hundred metres after this rise. Which is right? There’s a railway bridge to ride over and then the drag up, a test of momentum and being in the right gear. It’s not as steep as the finish in Alcalá de Guadaíra won by Caleb Ewan but it could ruin a few chances if riders are caught out. The Contenders: can John Degenkolb get that elusive stage win? He’s been consistent in narrow defeats and lost out the other day to Kristian Sbaragli. Now there are even fewer sprinters in the race with the absence of Caleb Ewan. Sbaragli will be confident and find a team ready to back him all the way. Otherwise there’s still J-J Rojas (Movistar), Jempy Drucker (BMC Racing), Kévin Reza (FDJ), Max Richeze (Lampre-Merida) and Danny Van Poppel (Trek Factory Racing) hoping for that big win. Veteran Daniele Bennati (Tinkoff-Saxo) doesn’t sprint much these days but might fancy a brief comeback.

With even fewer sprinters left in the race means even fewer teams willing to chase. So today’s a good day for a breakaway to make it. But who? The finish lacks the obvious springboards for a win so to narrow it down there’s the brute force and youth pick of Alexis Gougeard (Ag2r La Mondiale), the brute force and ageing Sylvain Chavanel (IAM Cycling), the wily sprinter Iljo Keisse (Etixx-Quickstep) and his mate Niki Terpstra seems in good shape too. Pavel Brutt of Katusha has shown a couple of times this race too.

Weather: sunshine and some clouds with a temperature of 25°C in the plains around Lleida.

TV: you guessed it, the finish is at 5.40pm Euro time and tune into see the sprint or the fight among the breakaway for the win. As ever it’s on Eurosport too and you can rely on Cyclingfans and steephill.tv for links to feeds and streams. 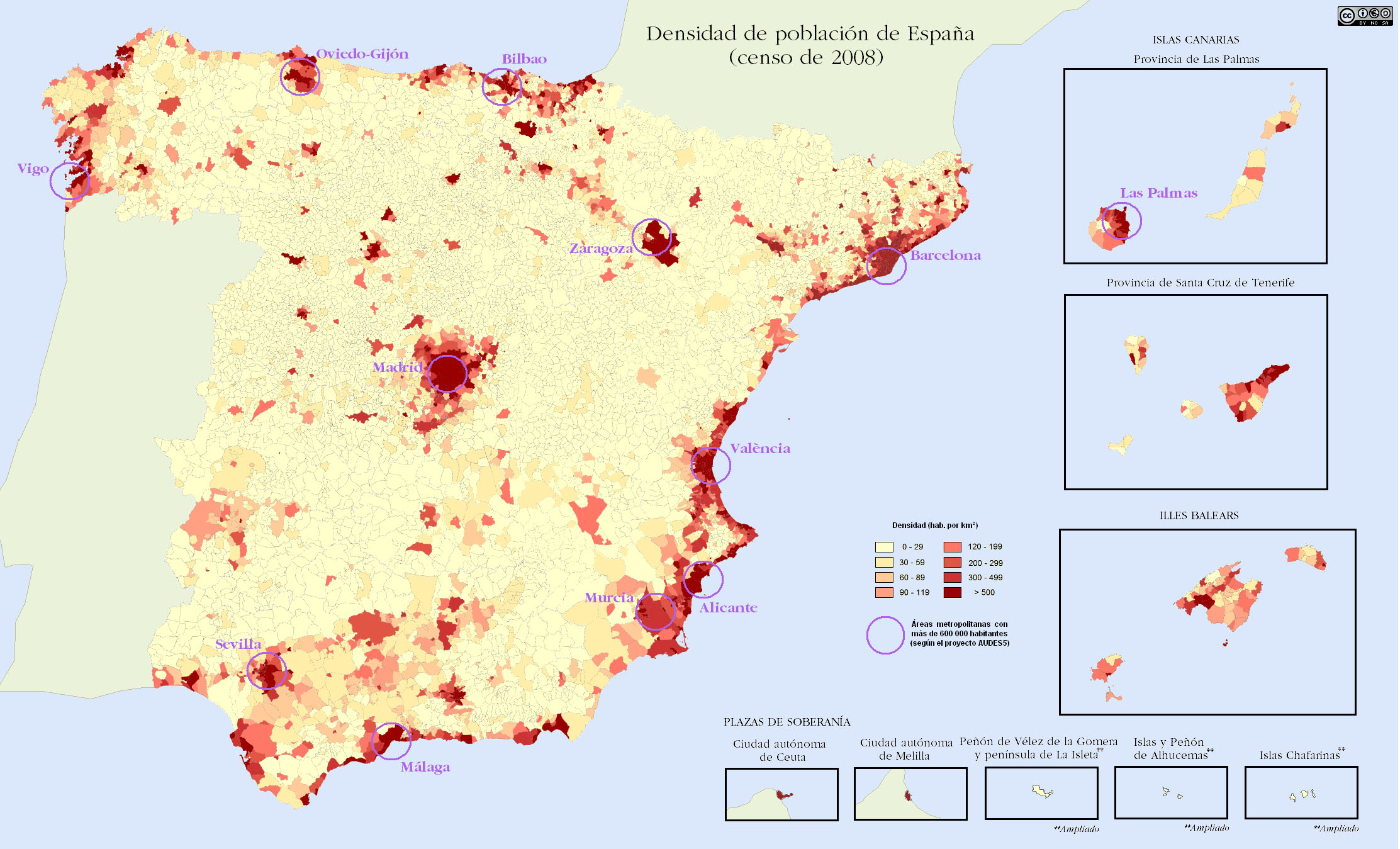 Daily Díaz: Back to Spain, how many people live in the country? 46,5 millions in 2014, down from 47,2 in 2011. Where did all the missing people go? Back to the places they came from during the 1990s and the early 2000s (mainly Ibero-­American countries). The prosperity attracted immigrants for the jobs the Spaniards wouldn’t do, and the crisis has thrown them out again now things aren’t so good. It’s curious to see that even during the best years there were no less than 1,8 million unemployed people in the country. The population density is 91,9, which means Spain would have 875,000,000 inhabitants if it was as big as the USA, but only 22,000,000 if it was the size of the UK. The distribution is awkward: some coastal areas are crowded, while there are large areas very lightly populated.