A race across the scenic Vercors plateau to Villard de Lans, the scene of many Tour de France legends. Stage 5 Wrap: who dares wins. Romain Bardet was a tip for the stage win but with the concern that he can attack too soon, a tendency to show too early. It’s cost him results before but paid off yesterday when he went clear over the top of the Col d’Allos and used the descent to pull out over a minute’s lead before the final climb. At times he looked like a MotoGP rider, sat on the top tube but leaning over the side. He didn’t even know the descent, the closest he’d been to it was looking at it on a map.

Sky’s chase didn’t dent his lead until Chris Froome attacked and Tejay van Garderen chased but the 24 year old Frenchman won the stage. The victory salute was hesitant, put it down to fatigue rather than a lack of practice. The lack of a win was becoming a frustration, now in his fourth season as a pro he’s only managed to win twice and one of these was the overall at the Tour de l’Ain but without a victory salute. Froome and van Garderen were the other winners with the American pacing himself rather than responding to Froome’s attacks, doing what Team Sky often do to others. The riders were scattered all over the mountain with Vincenzo Nibali two minutes down and Michele Scarponi given a pass to finish eighth. Nibali was off the pace but gave the appearance of not even bothering. The Route: if you saw yesterday’s stage and enjoyed it on TV prepare for more stunning scenery. The early climbs are fine as the race crosses the Valbonnais area of the Alps

The Col du Rousset is 13.8km at 5.4% and as regular as the profile above shows only it twists up via a series of hairpin bends. Here the race reached the Vercors plateau, a cycling paradise in the summer. The road crosses the plateau and then drops down a steep road before climbing the up the Gorge de la Bourne, a stunning section of road cut into the cliff. Roadworks have closed this section for some time and the road is being specially opened to let the race through for the day which could mean a few punctures of the route is littered with rockfall and other debris although normally they’ll sweep the roads. It leads to Villard-de-Lans, once a regular on the Tour de France during the 1980s and 90s.

The Finish: it’s called Côte 2000 but this refers to the ski lift which climbs up high. Instead it’s 2km at 6% to finish at 1,144m high. It makes for a punchy finish that’s hard, but short of an Alpine climb. 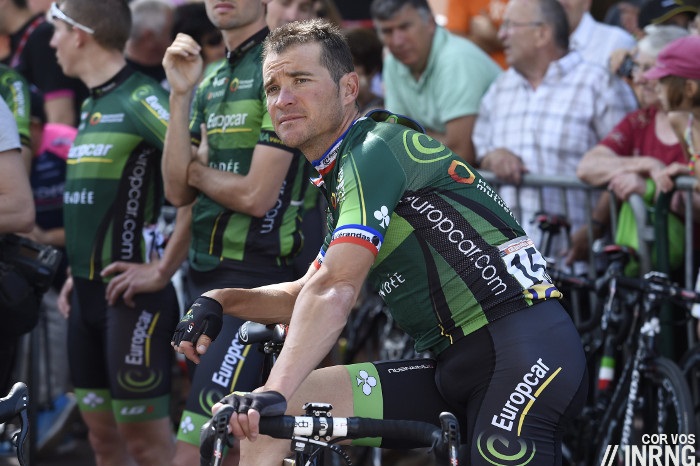 The Contenders: there’s a good chance of a breakaway sticking now that many riders have lost beaucoup time. The hilly route though won’t disrupt a chase because the roads are wide and regular for the most part. Who will go clear? The usual suspects like Thomas Voeckler, Simon Gerrans and Tony Martin are all well down on GC but take your pick from many more. Voeckler would have been an obvious pick in the past but he’s about to turn 36 and everyone is wise to his ways plus he’s not yet got that lean, ripped look he sports in July.

BMC Racing will contribute to the chase but others will be keen to help. Orica-Greenedge can back Simon Yates for the finish, he was close yesterday and the shorter, sharper finish could suit. Dan Martin goes well in a finish like this while Tony Gallopin is too close on GC for a long range breakaway but could try in the finish. Given the success younger French riders are having Julian Alaphilippe is a pick too.

Otherwise Chris Froome was the liveliest rider yesterday and can turn on the watts again, the cautious pick but also the history lesson choice too as The Tour de France has used this finish and it’s been Laurent Fignon and Lance Armstrong who won here. There’s a time bonus at stake too.

Weather: early sunshine turning to rain with cooler temperatures of 20°C on the Vercors plateau.

TV: another early slot with the finish forecast for 2.45pm Euro time.

Next post: Roads to Ride: Combe Laval and the Vercors