A 6.7km prologue that’s not for prologue specialists. It’ll establish an early pecking order and prise apart the riders in a race that’s expected to be close all week

The Course: not as flat as profile suggests, it dips down gradually before a long drag starting after the 3km point that averages 4% for over a kilometre. Once the road has risen up it levels out before the finish on the appropriately named Boulevard Miserey. There are four corners in total, it’s all about the long straights, consequently it’s not for prologue specialists who dive in corners and power out in a series of big sprints like a crit rider, this route has long sections where the time trial specialists can cruise at high speed. To borrow from another sport, this course suits a beefy MotoGP bike rather than a race-tuned agile Moto3 250cc bike.

The Weather: stable conditions are forecast with sunshine, 13°C and a very light 5-10km breeze which will turn in the afternoon from a westerly to a northerly, a slight help for early starters but only just. 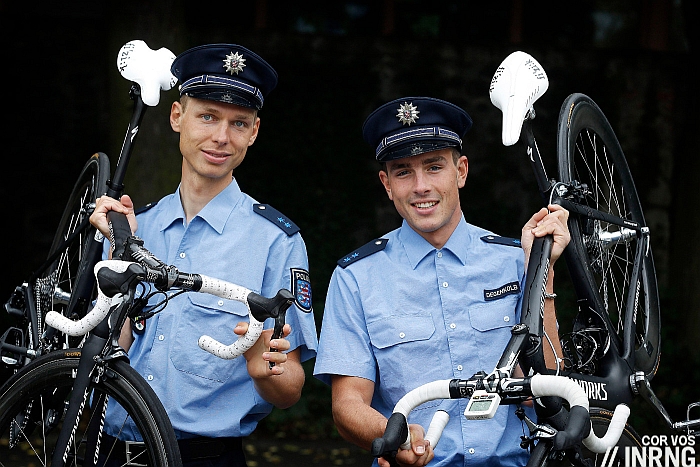 The Contenders: Tony Martin won in the Algarve the other day and this course is even better for him, it’s fast for the opening 3km where his unique aero position with those narrow shoulders counts for plenty before he can churn, Panzer-style, a big gear up the hill to the finish. Team mate Michał Kwiatkowski is another fine pick, the Pole has great top-end speed.

Team Sky come with three solid chances. Geraint Thomas ran Tony Martin close in the Algarve and this is his chance to establish his bid for the yellow jersey ahead of Richie Porte who is in good form. It’s a rare chance to see Bradley Wiggins in his TT rainbow jersey. A win is a big ask but the course suits him, the only question is how much his focus on prepping for 250km classics has blunted his power for an 7-8 minute effort. Wiggins will be followed by a special car and if you think it looks nice, wait until you hear it.

Wilco Kelderman is a good pick. He was second in the Vuelta a Andalucia’s short TT stage.

Astana have several options. Lars Boom could be tired from yesterday’s Strade Bianche race but normally has the power for short course efforts like this. Rein Taaramäe is the enigma while Luis-Leon Sanchez could crack the top-10.

BMC Racing have Tejay van Garderen for the GC and he needs a good time here. It might be too short for him to win so a top-5 position would be ideal. What can Rohan Dennis do? We’ll know more about his form and a good performance here augurs well for the rest of the week because he’s the complete package and a future stage race winner. Classics specialist Silvan Dillier starts his second year as a pro but has a big engine and was part of BMC’s winning TTT squad in Spain. Trek Factory Racing’s best bet is Bob Jungels is in good form and can express his pure power here, the TT course in Andalucia probably cramped his style with the frequent corners. Kristof Vanderwalle is a good TT specialist but there’s no sign of form.

What can Michael Matthews do? We’ll see because a good performance here ahead of other sprinters could set him up for the yellow jersey in the coming days. Matthews is more than a sprinter so this’ll be a nice test of form. Rui Costa can do a good time trial but he’ll surely prefer the Col d’Eze, a top-10 today would be great.

Cannondale-Garmin are still hunting for their first win of 2015 and Andrew Talansky has done some excellent prologues in the past. Since he hasn’t raced we can only go on reputation alone. Dylan Van Baarle is a good rider to watch too.

IAM Cycling’s Sylvain Chavanel is in great shape and has been working a lot on his sprint. He might want to set himself up for the yellow jersey later in the week although for sprint finishes, presumably it’s for the hilly Stage 6 rather than tackling André Greipel, Nacer Bouhanni et al?

Finally Tom Dumoulin would be a great pick but he’s been ill so doesn’t come in top shape. If he’s recovered then he can salvage a result.

TV: the first rider is off at 1.35pm Euro time and the last rider will finish at 4.23pm. TV coverage starts from 2.00pm onwards but remember the better riders are all likely to be seeded last.