When Does The Season Start? It’s hard to know where to look this week with racing on so many fronts. Almost all the stars of the pro peloton will be visible this week whether in Oman, Andalucia or the Algarve plus more racing in Italy and France too.

There’s a regular refrain that the season only starts with the Het Nieuwsblad, Tirreno-Adriatico or Paris-Nice. Reality, snobbism or just different viewpoints?

It’s what makes this week so interesting. We’ll see Chris Froome and Alberto Contador in Andalucia. Vincenzo Nibali, Fabian Cancellara, Tejay van Garderen and Rafał Majka race in Oman. In Portugal Michał Kwiatkowski, Jurgen Roelandts and Sep Vanmarcke are among those pinning numbers on for the first time in 2015.

The more we explore the topic, the more philosophical it gets. Many say the season only gets going once we get to the first big rendez-vous. For pavé pounders this is the Omloop Het Nieuwsblad on Saturday 28 February. As fierce as the early season racing in Australian and Qatar can be these days there’s still talk of riders learning to work as a team, the language of those who are beaten isn’t of loss and humiliation, more tales of practice and preparation that are expected to come good. For others, notably the climbers and stage race specialists, Paris-Nice or Tirreno-Adriatico fulfil the same function. Perhaps there is some snobbism at the nouveau entrants on the calendar, but cycling trades on tradition, it values races for their longevity, celebrating the centennial and recounting the exploits from golden eras. Two seconds after winning, questions turn to the Ronde-Roubaix double

Few dead ends and cliff edges
If the past is a factor, the future is another one too: the sport is always looking to the next thing. It’s hard to see a race by itself because there’s always something else approaching. The Tour of Oman is a step on the way to Paris-Nice or Tirreno-Adriatico. But win a stage in Tirreno-Adriatico and immediately a rider’s odds change for Milan-Sanremo, win Paris-Nice overall and that’s nice but what does it really mean for your chances in July? This year even the Giro will be viewed by some as a chapter of the Tour de France as Alberto Contador dares the double. Meanwhile an element of the pre-race PR for Paris-Roubaix and the Flèche Walloone sees them touted as Tour de France previews, the idea that the Flèche will be better if it features the stars of the Tour de France.

This “there’s always something else coming up” means there are few definitive races. Winning the Tour of Flanders is as big as you can get in the spring classics but if it didn’t work out participants have Paris-Roubaix, the French classic is arguably one of the few races of the year that ends with nothing else the next day or week: all or nothing. The same with the Tour de France where you can make amends for failure at the Vuelta but it’s not the same. The World Championships are a unique event but riders who miss out on their rainbow dreams can find their pot of gold a week or two later in Lombardia. 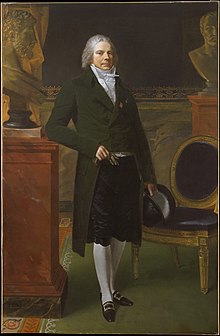 “What will the result on Green Mountain mean for July?”

The Talleyrand Conundrum
When 19th century French diplomat Charles de Talleyrand heard of the death of a Turkish ambassador, Talleyrand is supposed to have said: “I wonder what he meant by that?” as if there was a meaning to it all, a significance beyond the deed. We’re the same with pro cycling, no sooner does someone win a race than a legion of Talleyrands asks what it means for the next race (this website pleads guilty) rather than enjoying the race that has just passed. We project, extrapolate and speculate rather than review, enjoy and digest. Of course we can do both, enjoy the race we’ve just seen and wonder what it means for an upcoming event too.

Rouleur’s Andy McGrath makes the point that we can spend too long observing results through the prism of the Tour de France. He’s right, apply hindsight to 2014 and the Dauphiné was a great race but at the time it was easy to view as a prologue to the Tour de France, the resumption of the Contador-Froome duel. Sadly their only contest was through convalescence as each sought to recover in time for the Vuelta. Instant gratification
Wisdom says some things are worth waiting for but there’s a lot to be said for dropping the Talleyrand approach and enjoying what we see before us. Otherwise the season can never quite get going until Paris-Roubaix or the Tour de France are on.

Conclusion
The season starts in January and builds to more important events. If some started racing in January, many start their season this week with races in Oman, the Algarve and Andalucia. Yet these races too are seen as building towards something else, a cycle that gets repeated all the time as it’s too easy to see some of the best races on the calendar was mere warm-ups for the next race. Only a handful of events sit on a calendar cliff-edge with nothing beyond them.