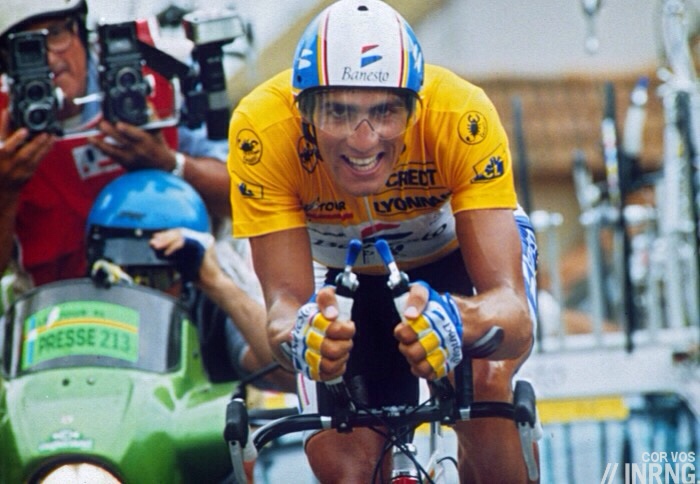 What would Miguel Indurain have done? The Spaniard won the Tour de France five times in a row as well the Giro twice and more. He built his wins in the time trials and now that foundation has crumbled, no more so than next summer’s Tour de France with its meager 13km opening stage.

Picking a race an random the 1992 Tour de France had three solo time trials: an 8km prologue, Stage 9 was 65km, Stage 19 was 64km. 10 times more than 2015, unthinkable today? It’s more than all three grand tours of 2015 combined. Back in 1992 Indurain won them all, in fact he put three minutes into second placed Armand de la Cuevas, a team mate, on Stage 9. Claudio Chiapucci sometimes got the better of Indurain in the mountains but not always so. Without wanting to run too far with counter-factual speculation an Indurain-Chiapucci race on the 2015 route could still have gone to the Spaniard. He crushed his rivalmin the time trials that year but he was superior on the one Pyrenean stage and an equal in all but one Alpine stage. 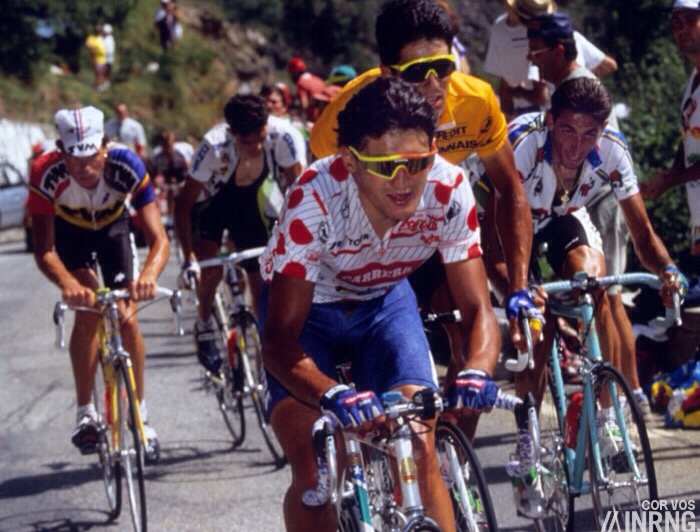 The same story for Jan Ulrich and Richard Virenque in 1998. Virenque might be famed as le grimpeur Ulrich was better in the mountains that year too. You could say it makes Christian Prudhomme’s point, a close contest would have been more fun to watch. There is a counter-counter argument that more time trials today would change the format with time trial specialists and climbers fighting for the yellow jersey, arguably a wider cast of contenders. This isn’t necessarily a throwback to the 1990s or before, see the last Tour de Suisse where Tony Martin led until the final stage when Rui Costa overhauled him on the last climb.

The charts linked in the tweets linked above show the decline in TT kilometres. For the second graphic from @PlataformaRC the yellow and green bars denote rolling or flat solo TTs and you can see the distances have decreased.

Why? It’s not been said out loud but time trials never get great TV audiences. There are ways to improve the TV spectacle but we’re not there yet. Instead with lone riders amd low-fi production techniques it’s hard to display the relative battle between riders. 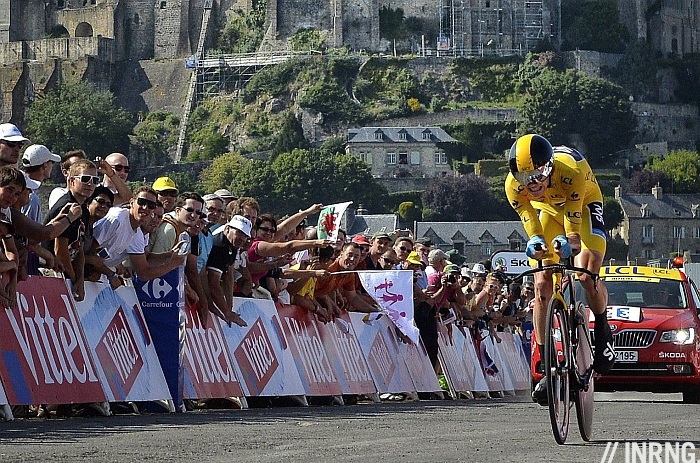 It’s not just the grand tours pruning back the number of TT stages and their distance. Several prestigious time trials have vanished and remaining specialist races like the Chrono des Nations are worthy events but a shadow of their former glory. The GP des Nations isn’t the big prize it once was. 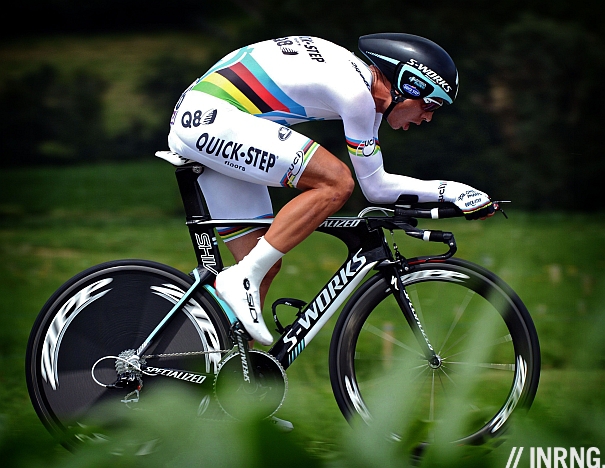 Conclusion
The 2015 Tour is probably an exception with so few kilometres of time trialling, the following year should see the number go up. Yet there’s been an inexorable trend to reduce the amount of time trialling in the big stage races. The discipline survives under the wing of stage races, ther are no prestigious one day time trials except for the World Championships.