Roads to Ride: The Ghent Velodrome 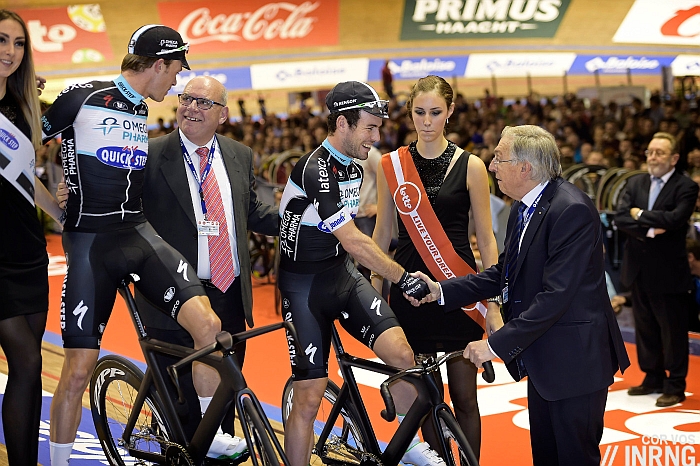 Not a road but a track and not a place to ride but a venue to visit. Still this series is about exploring legendary locations so here is the chance to look at the most famous of six day races. Or alternatively one of the last few surviving winter track contests.

The Route
Located in the Citadelpark, which as the name says is a park in the city of Gent, Belgium, the track is 167 metres long. This places it among the shortest permanent velodromes in the world, the record belonging to a 137 track in Ontario, Canada. The brevity is behind the track’s nickname,t’ Kuipke. It’s not Gent’s only track, the nearby Vlaams Wielercentrum Eddy Merckx has a 250m track and is used more often for training and racing.

The Name: it’s called t’ Kuipke. Kuip is Dutch/Flemish for a tank, tub, bowl or vat and the -ke suffix is diminutive, so think “little bowl”.

The Feel
Unlike all the other roads in this series, this one hasn’t been ridden. Instead the riding has to be imagined, a short circuit with two tight banks makes this a tough ride, ride at 50km/h means a lap every 12 seconds and all the G-force you’d expect from the banking.

If you can’t ride the track you can still get the feel of the place as a spectator, indeed this is what the track is better known for, a congregation of fans in the winter. Many of the roads listed in this series are long Alpine climbs, rewarding and scenic for the most part but purgatory for some who might enjoy going to watch others race rather than being victimised by gravity. It’s also a big contrast to the open scenery of so many other places, a tight track flanked by crowds both inside and outside the track. If the track is the “tub” or “tank”, it’s full of beer with an added aroma of fried onions and the blue smoke of the two-stroke Derny engines. Since 2011 Belgium has introduced a smoking ban in public places. You might like this, you might not. But the six day cyclists must love it. No longer do they have to ride around in a stale fog, passive smoking for hours.

Of all the places in the series this has to be the greatest aural experience. The boards groan under the stress of the riders, the crowds cheer and the disco music blares.

History
Six Day Racing evolved from a week-long endurance event into a settled format with two riders taking turns at the end of the 19th century in the US. Held in Madison Square Gardens it explains why today a two rider relay race is known in English as a madison and une américaine in French.

Nowadays the format isn’t non-stop over six days, instead the racing is reserved for the evening. Here riders win points at sprints and compete to take laps on each other, effectively a relay points race. To spice up activities extra events can be included like a flying lap time trial or a match sprint contest.

We’ve seen Mark Cavendish in action but he’s racing in a bid to resurrect his track career ahead of the Rio Olympics. There was a time when stars of the grand tours would race “the boards” over the winter. But cycling has become more and more specialist with grand tour specialists and classics contenders staying away. Riders are better rewarded today, the champions are millionaires and don’t need a cut of the ticket receipts. Plus the high speed action is not without its risks. Nacer Bouhanni crashed out of the recent Grenoble 3-Day while Stephen Roche wiped out most of his 1986 season after a track accident.

Sadly history is what this branch of the sport is becoming as more and more races vanish. There are only a few events left now while 25 years ago there was a full season of racing from October to February. It’s a pity because it offers cycling in a fun format. But that’s the problem because combining a sports event with a night out is an awkward mix, especially when the ambiance is supplied by retro disco and 80s pop songs.

The Kuipke itself was built in 1922 but burned down in 1962 and rebuilt with the current track. The venue is famous in cycling as a venue but has wider uses. Louis Armstrong played there in the 1950s and more recently hit TV show “The Voice” used it for the all of the 2014 series of the Flemish version of the show. Rest on the Seventh Day
For the morning after the sixth day Gent makes an attractive place to visit with something for everyone from shops to bars, cafés to canals to stroll along. Near the track is the Café de Karper run by Ronie Keisse. If the name is familiar it’s because Ronie is the father of Iljo, the OPQS rider and track specialist.

Travel and Access: Gent is just over 50km north-west of the Brussels, the capital of Belgium which is well served by international flights plus high speed rail from Amsterdam, London and Paris as well as obvious road connections. Gent itself is only 30 minutes by train from Brussels or a couple of hours flat bike ride.