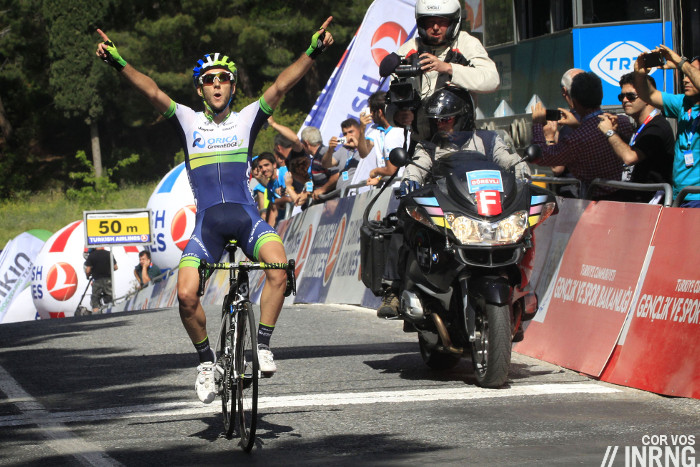 After yesterday’s look at the established pros, what happened to the six neo-pro picks for 2014? It’s been a more mixed story which reflects the variety of life as a junior pro, some triumph while others don’t break through.

Lachlan Morton finished 2013 showing just what he can do with success in the Tour of Utah and the USA Pro Challenge. But 2014 has seen a lot of DNFs. An interview with cyclingtips he tells what happens:

“I’ve had a really shitty season. Probably the worst season I’ve ever had. Health and race program have been the two biggest things. I had an okay start to the year and made a few little mistakes and dug myself in a hole“

Read the full interview because Morton’s case isn’t the usual case of a setback or two. He’s just not enjoyed a lot of the lifestyle, the monastic existence a contrast to his more expressive and creative self. So he might have the lung capacity or mighty mitochondria but being born with a gift for the sport doesn’t mean it’s the right job for everyone. Bryan Coquard was tipped for his sprinting and made more of a name for himself in 2014 thanks to a ride in the Tour de France where he was challenging for a stage win. But 2014 looks a lot like 2013, a string of wins in smaller French races. He struggled against the bigger names in Tour de France and while Marcel Kittel was pumping the air, Coquard was often slamming the handlebars in theatrical frustration. In sprinting winning is everything but this was still good going for the second year pro, especially as he didn’t have much of a leadout beyond Kévin Reza’s valiant efforts. He ended the season prematurely thanks to a torn shoulder after a crash. He will continue to improve and has a twin focus on the road and the track with the Rio Olympics an ambition. 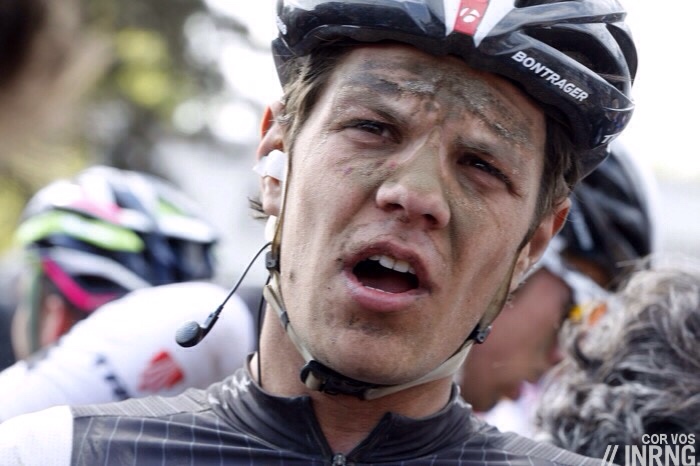 It’s great when a country has a successful rider but it means comparisons always follow. No other nation rates the spring classics so highly and no other rider in the peloton has done as well as Tom Boonen. So the search for the “new Tom Boonen” means some riders get pressure early. Jasper Stuyven is one of the “new Boonens”. Nobody’s likely to repeat Boonen’s neo pro start with a podium in Paris-Roubaix, especially as promising riders are often protected. Stuyven’s done well and has been protected by his Trek Factory Racing team. Glance at the results and 55th Roubaix and 61st in the Tour of Flanders don’t seem much but go back and watch the video and he was working hard for Fabian Cancellara as pictured above. He rode the Vuelta and sprinted to several top-5 places and even made the top-10 in the final time trial, proof of strength in depth. Team mate Bob Jungels was another pick. He’s been on a stage race programme with third in the Dauphiné prologue as his best result in a steady year.

Rick Zabel was picked for his name. The son of Tour de France green jersey record holder Eric Zabel turned pro very early with BMC and his season’s been solid and even a win in the Giro del Trentino team time trial. Sixth place in the Rund um den Finanzplatz Eschborn-Frankfurt was very good for a 20 year old and he had several top-10 places in the Tour of Britain. 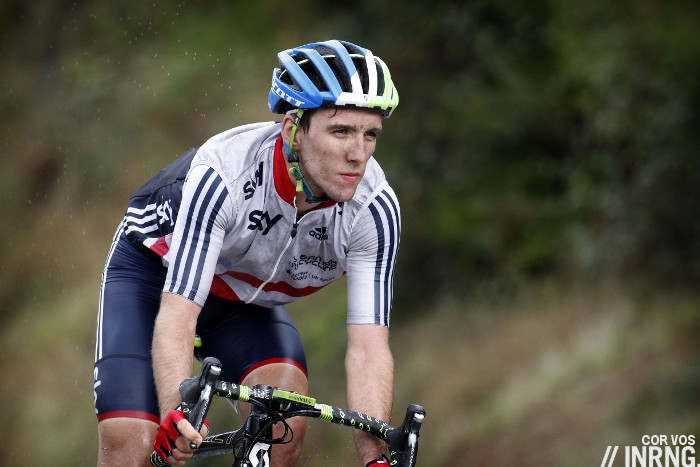 If the Zabel story was about inherited DNA, the shared DNA twin story has brought added interest in Simon Yates and his brother Adam. A year ago I thought Simon might have the edge with his faster finish but it’s Adam who had the better year in terms of wins. As twins they’re always going to be compared but this year it’s difficult if not fruitless as they’ve been on different programmes. Plus Simon crashed out of the Tour of Turkey on the day Adam won the mountain stage. Adam took the Turkish race overall and went on to have an excellent Tour of California and Dauphiné. Simon returned to ride the Tour de France, a learning experience but he made a break on the stage to Gérardmer and his reputation was such that Sylvain Chavanel attacked far from the finish in order to avoid taking Yates to the finish.

Together the Yates brothers tell another story too. Some asked why they’d signed for Orica-Greenedge when Team Sky were calling. Why turn down the biggest team, why reject your own national team? The answer became obvious as the Yates brothers got opportunities that they would not have enjoyed with Sky. Orica-Greenedge are a very similar team to Sky (English-speaking, track programme roots) but have a more opportunistic racing style and rather than serving apprenticeships or being wagons in a long train Simon and Adam were given chances. They took them and arguably Adam has been the neo-pro of the year, although Michael Valgren (Tinkoff-Saxo) and Silvain Dillier (BMC Racing), Davide Formolo (Cannondale) have good claims too.

Next post: What’s The Point of the Off Season?