Zdeněk Štybar wins the World Cyclo-Cross Championships. He only decided to start last Thursday. I can’t help wonder if this was a bluff, a way to deflect pressure? Because the idea of showing up at a World Championships at the last minute is rare but to win it is quite something else. Probably not but remember this day in case he’s a late entrant for Paris-Roubaix next April.

La Course
Talking of surprise additions, ASO have announced they will hold a women’s race on the final day of the Tour de France using the famous Champs Elysées circuit. For years the only women allowed on the Champs Elysées when the Tour arrived were the podium girls so this is a welcome change. Three cheers although cynicism suggests with already with closed roads, an exhibition criterium is an easy gesture. But better an easy move than nothing and those behind the move are saying it’s just the start.

Why it’ll work: Many have used the “all the cameras are in place and the roads are closed” argument to say a women’s race can be added with ease. But others reply that competing for interest with the men’s race is a hard ask, for example the men’s Flèche Wallonne crowds out the women’s race which happens earlier. But in April the attendant media are too busy watching a race that’s often complicated, even if it comes down to one uphill sprint. By contrast all journalists in Paris will have finished their pieces on Sunday with only an image and two lines on the sprint finish so they can easily add some news. It’s not just the media, viewers will gain too. The final stage is often a siesta-fest until the last few laps of the Champs so the viewing public will gladly watch a prelude sprint by the women instead of the men riding through suburban Paris. 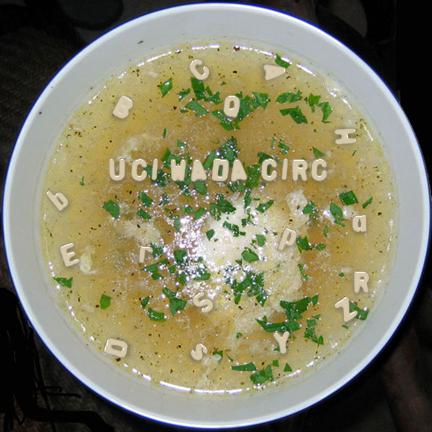 UCI CIRC
Alphabet soup time again as the UCI announced on Saturday that its Cycling Independent Reform Commission has got the go-ahead from the UCI’s Management Committee, it’s board. The UCI stated this includes “including the procedures in place to enable it to offer reduced sanctions to people admitting to past doping offences whilst assisting the CIRC in its investigation” …but this isn’t new. The WADA Code has long said anyone offering “substantial assistance” can get a reduced ban but crucially 10.5.3 of the Code states this only applies if someone else is convicted: it’s not enough to give up a ton of information and get a reduced ban, the individuals named then have to be prosecuted.

Kimmage Case Part I
The UCI has dropped its legal action against Paul Kimmage but the tandem of Hein Verbruggen and Pat McQuaid has not. It’s easy to forget their propensity for jaw-dropping clumsiness but along comes a reminder as they reactive the lawsuit. But for a moment imagine a case continuing through the Swiss Courts. Maybe a Swiss lawyer needs to advise but thinking aloud McQuaid and Verbruggen could cite sub judice, the fact that there’s an ongoing court case as a reason not to attend the CIRC. Clumsy or crafty?

Kimmage Case Part II
Donors to the Paul Kimmage Fund should note the ongoing court case to discover what has happened to the funds and to wrest control of the remaining money. See Velonation.com for the latest.

Sanchez joins BMC
Perhaps we need to see it to believe it but Samuel Sanchez has signed for BMC Racing. A career spent in the orange of Euskaltel means it’s hard to imagine him in red and black. At first you wonder why they’ve signed him given he’s spent years as a leader so adopting a support role makes a change. But the team has a big block of riders for the classics and flatter days and if they have just enough riders to support Tejay van Garderen in the Tour and Cadel Evans in the Giro, by the time the Vuelta arrives they’ll be stretched. The team’s best rider in 2013 was Dominik Nerz, 14th overall and Sanchez should bring some more visibility on the mountain stages. Presumably he’s on a Horner-style one year deal stacked with bonuses.

Flag Ambush
Sanchez spent all his career until now riding for a Basque team. Returning to that photo at the top, it almost looks as if Štybar is winning the world separatist championships. In the image you can see the Basque flags with messages calling for independence, look and you can also see Catalan flags blowing, another struggle in Spain. But there were also Flemish lions complete with black claws, another separatist icon. I’ve nothing against national pride at the worlds but it does seem some are using the TV coverage to hoist their flags on a pole and ambush the sport.

Next post: Book Review: At Speed by Mark Cavendish