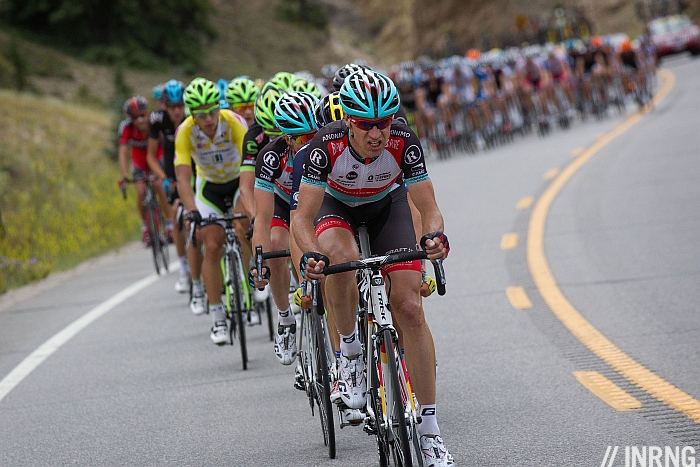 The average age of a rider is 28 years and 1 month. The oldest rider is the 42 year-old Jens Voigt (Radioshack) whilst Cannondale’s U-23 World Champion Matej Mohorič is the youngest pro aged 19 and a quarter.

Here’s a look at the 2014 peloton in numbers. There’s a look at rider age, the “oldest team” and also analysis of how many pros come from each country and more.

Let’s start with age. As mentioned the average rider age for 2014 at the start of the season is 28.1, slightly lower than last year. This could be because a few outliers have gone, think Chris Horner and Stuart O’Grady but looking at team rosters some squads have been trawling the U23 scene to fill their ranks. Here are the 18 teams as ranked by average age:

Tinkoff-Saxo assume the title of pro cycling’s gerontocracy and have three of the peloton’s top-10 old croans with Karsten Kroon (37), Nikki Sorensen (38) and Matteo Tosatto (39). Radioshack-Trek were the oldest last year but Trek Factory Racing are rejuvenated… by the retirement of Chris Horner and Andreas Klöden but they still retain the peloton’s oldest rider Jens Voigt. Meanwhile Argos-Shimano remain the young pups of the pro peloton.

There’s a cluster of older riders who affect the average age. The mean age for the World Tour is 28 years and one month but the median is 27 years and seven months.

Note Jens Voigt was ranked as the world’s top amateur and the Peace Race in 1994 before Matej Mohorič was even born. 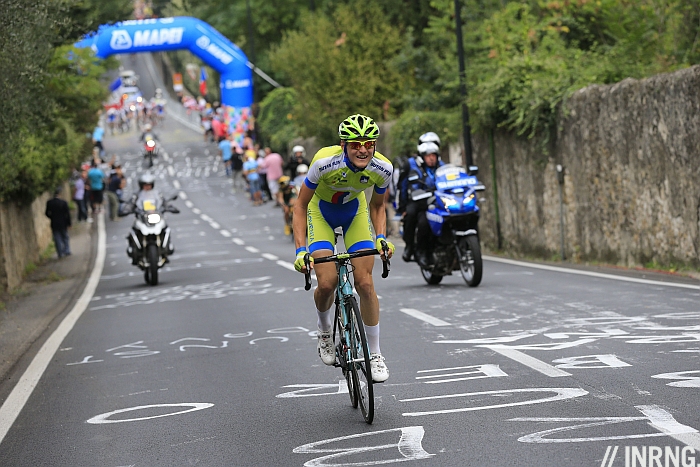 Rider nationality
Now let’s look at where the riders come from. Here’s the breakdown by nationality for the 507 riders;

Outside of the top-20 we have Austria, Luxembourg and Slovakia with five riders, Belarus on four, Czech Republic, Ireland, Lithuania and Sweden each have three, China, Croatia, Japan, South Africa, Ukraine all have two and there’s one each for Argentina, Brazil, Costa Rica, Eritrea, Estonia, Finland and Latvia. Last but not least, a novelty for 2014 with Malaysia’s Loh Sea Keong joining Argos-Shimano.

The big change for 2014 is the increase in Frenchmen. It’s arithmetic given Europcar ride into the World Tour and so bring a lot of extra French riders into the mix to overtake Italy. The flipside is the exit of Belgian and Dutch riders, down six and ten respectively with Vacansoleil-DCM going and the same but worse for Spain after Euskaltel hung up for good, down from 50 to 33 riders. Australia go from 35 to 30.