The Tour of Taihu finished over the weekend and with it, the last high-ranking UCI road race of 2013. So here is the final count of wins obtained by teams in 2013. There’s a look at the second division Pro Continental level as well as a quick analysis of which teams are most dependent on one rider for their wins. Also is the idea of being out of contract an extra incentive to win? A look at the results suggests not.

OPQS lead with 55 wins. They took 51 wins last year to tie for first place with Team Sky. In 2009 HTC-Highroad took 85 wins and topped the table in 2010 and 2011 too. The team lives on at OPQS with Mark Cavendish but also staff like Rolf Aldag and Brian Holm. Belkin take second place, helped by their late season sweep in the Tour of Hainan. A win is always satisfying but obviously Team Sky in equal third place will celebrate as they won the Tour de France. As you’ll see in the table below having a sprinter or two is a great way to rack up the wins.

Think “risk” and Peter Sagan and maybe you get images of the Slovak dive-bombing a corner… or perhaps a groping hand? But there’s another way, he is the “key man” for Cannondale with 63% of their wins in 2013. In many ways this is admirable, a team in service of a very capable leader, a tradition in Italian cycling. But the squad is only one crash away from having a bleak season although even if the likes of Elia Viviani or Moreno Moser are capable of big wins. 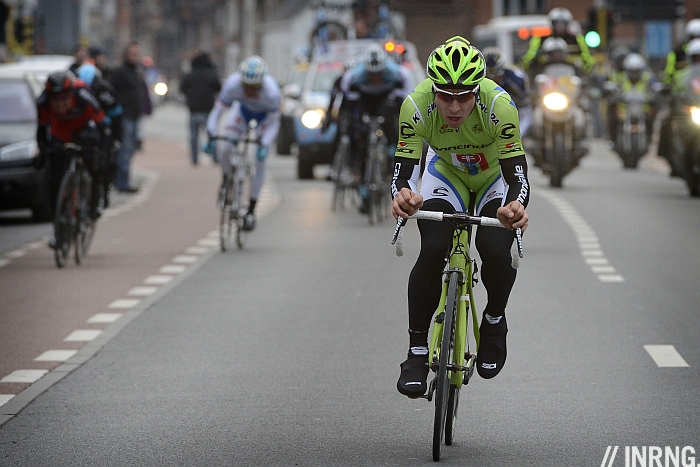 No risk, no reward: Sagan takes off solo to win Gent-Wevelgem

The story is the same, to a lesser extent, at Lotto-Belisol and Argos-Shimano where André Greipel and Marcel Kittel bring in over half their team’s wins with 57% and 55% respectively. Meanwhile OPQS have had such a runaway season that Mark Cavendish is “only” responsible for one third of the team’s wins. All teams have leaders so these high percentages are to be expected and Vincenzo Nibali scored 40% of Astana’s wins and Chris Froome got 37% of Team Sky’s victories. Note Orica-Greenedge and Euskaltel-Euskadi don’t feature. Orica-Greenedge have a great season with 33 wins but a very egalitarian distribution with Simon Gerrans, Luke Durbridge and Michael Matthews each tied on four wins or 12% per rider.

Here’s the final UCI Pro Continental rankings. If numerical wins alone counted then Europcar would be promoted to the Pro Tour. But quantity and quality differ. The French team had a great Dauphiné with wins for David Veilleux and Thomas Voeckler but, with the exception of Damien Gaudin’s Paris-Nice prologue, all the other wins come from lesser races like the Tour du Poitou Charentes or the Route du Sud. Great events and not easy but the green team will find it harder when they’re having to race on more fronts in bigger events.

All the teams on double-digit wins are worthy wildcard picks for grand tours and more. It’s said United Healthcare want to do a grand tour and maybe with Chris Horner on board they’ll get an invite but they’d do well to be more visible in more European races first.

Hungry?
The hypothesis that a vanishing sponsor makes for hungrier riders who then win more doesn’t seem to work as we see with Sojasun and also Vacansoleil-DCM and Euskaltel-Euskadi. But it’s hard to work out the causation, presumably the sponsors are off because the team is not winning in the first place. Still the insecurity can prompt nervousness and pressure rather and certainly won’t motivate many. 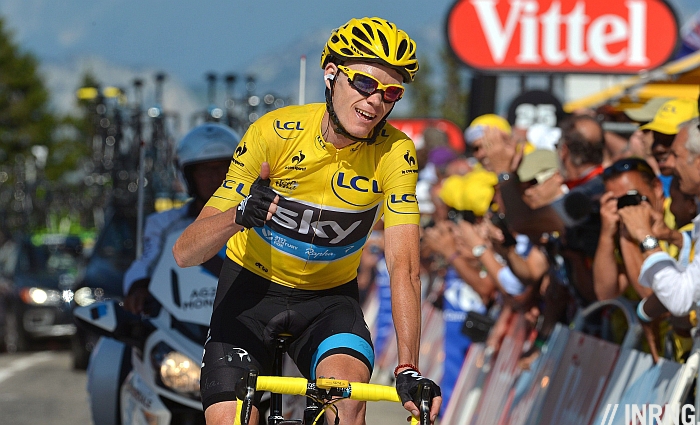 Some wins count more than others

Final note
As always it goes without saying that quality counts for everything with one win in the Tour de France worth more than everything else. The team victory ranking tends to have more use in the first half of the season when teams are keen to get that first win. Each is trying to get a feel for how competitive they are and wants, to use that dreadful phrase, to “open their account” for the year. By the latter part of the season the rankings are anecdotal and many squads have an eye on 2014.