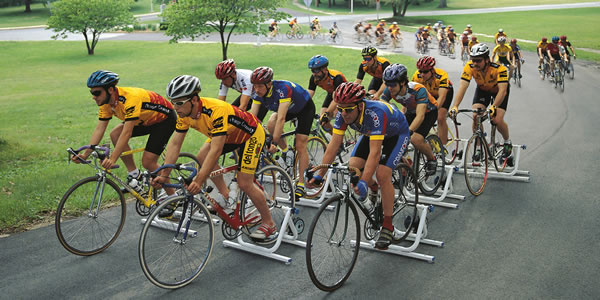 With autumn closing in and the days getting shorter many in the northern hemisphere will using an indoor trainer.

With this in mind I thought about reviewing every model on the market.

But it didn’t take me long to think twice. These machines are the opposite of cycling as by definition they prevent you from going anywhere.

Why do you ride?
There is the fitness of course but this is often a means to an end, the form to compete in a race for example. Part of the fun of a training plan is the journey and the events along the way. Perhaps you like to escape daily life with a ride? You could be someone who likes to race others, to see rivals crack on a climb or to pass them in a sprint. Maybe it’s for the feeling of speed as you carve though some hairpins. Perhaps it’s for the social side, the ride to a café with some friends?

Thanks to the indoor trainer you lose all of this. There’s no contact with nature when you retreat indoors for a solo activity.

An indoor trainer offers almost no joyful moments. I even find the pedalling motion is different and artificial, partly because the flywheel doesn’t replicate the feeling and also thanks to the way the bike is anchored to ensure no lateral movement happens although there’s a model from Kurt Kinetic which tries to offer this. 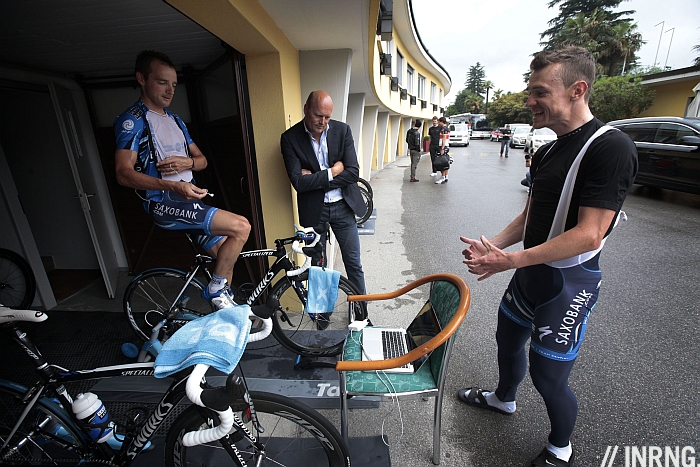 In defence of the turbo
Now before you leave enraged comments these things have their uses. Those who work long hours find them invaluable and if you live in a place where winter means sleet and snow thanks to snow and ice you can use these instead of risking a cold or even a crash.

Better still they’re especially good for for intense work at targeted levels, whether it’s a time trial warm-up or a quasi-lab test at home with conditions that can be replicated time after time making them a much better test of fitness than a local climb. Similarly you’ll spot some pros doing a warm-down after a race on a turbo trainer. In times past riders would put on a long sleeve jersey and legwarmers and ride to the hotel but using a static trainer allows for a controlled effort rather than being stuck in traffic.

Tacx PowerBack
Finally some numbers to toy with. Dutch manufacturer Tacx have feature called PowerBack which takes your energy and feeds it back into the grid. Here’s the blurb.

PowerBack. This system converts the heat that is generated in the brake and released during the ride, into electricity that is then fed back into the power grid. This means that you are generating your own electricity

Sounds good and maybe a reason to let the domestic bank manager OK the purchase? Only let’s imagine you can do a pro 400W for an hour. Being generous we’ll ignore friction and other inefficiencies as you try to “beat Marianne Vos” in the spirit of the ad campaign.

It turns out that electricity costs €0.19 per KW/h in the Netherlands. If you can do 400W that’s 0.4KW then an hour’s riding equates to 40% of €0.19 or 7 cents per hour. Pedal at a more modest 250W and you’re raking in just under five cents an hour. Meanwhile you’re eating your way through a lot of food in order to generate this energy. At least they didn’t call it CashBack.