Tour de France: Who will win the White Jersey? 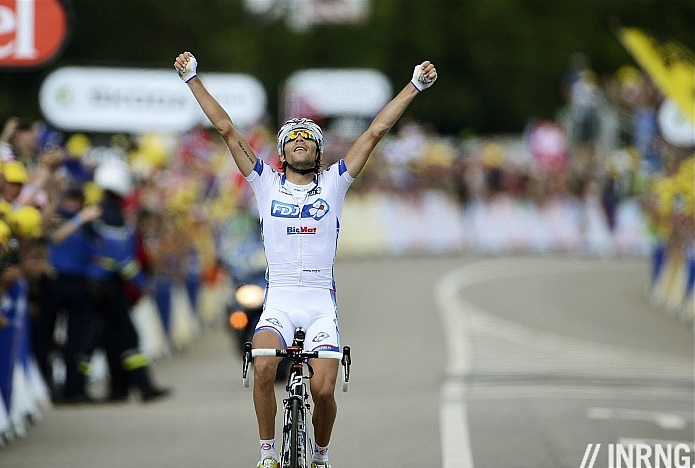 It’s said the mark of a champion is to win the Tour de France right from the start. Eddy Merckx, Jacques Anquetil and Bernard Hinault are amongst those who came, saw and conquered the race in their first attempt. But most Tour winners take time to establish themselves and the Tour de France’s best young rider competition is a useful staging post and prestigious line for the CV. However a look at the past winners suggests the white flower of youth rarely blooms into a Tour de France winner.

Who will win this year? Here’s a brief analysis of the contenders, the rules and the history of this jersey. Plus there’s an explainer of what happens when a rider leads more than one competition in the Tour.

The rules are simple, the jersey is worn by the best rider on the overall classification born on or after 1 January 1988. This gives us a three way contest between Tejay van Garderen, Thibaut Pinot and Nairo Quintana. Each rider is a contender for the overall win so I’ll skim over the scenarios so as not to spoil the upcoming assessment of the contenders for the race overall. 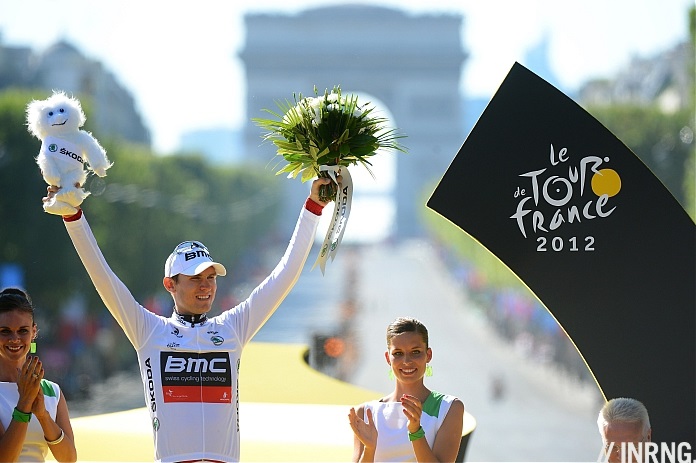 Tejay van Garderen (BMC Racing) is first because he won the jersey last year on his way to finishing fifth overall in a ride at times delayed by trying to help Cadel Evans although arguably setting the tempo kept him fresher. Of the three picks, van Garderen is a genuine pick for the podium in Paris. He’s been fourth in Paris-Nice, third in the Criterium International and won the Tour of California. All is building well and he’s a steady rider, a smooth running diesel whose powers of recovery should suit the final week.

Nairo Quintana is the next pick. Don’t fall into the trap of thinking Colombian=Climber because he’s a versatile rider. Yes he can defy gravity in the mountains but he’s useful against the clock and won the Tour of the Basque Country thanks to the time trial. He will struggle in Stage 11 but can limit his losses.

Thibaut Pinot was 10th overall last year, not bad for the youngest rider of the race in his first go and a late entrant too. He took a stage win and then proved durable in the mountains, one of the few able to follow Chris Froome and Bradley Wiggins. His weaknesses are the time trial, positioning in the bunch and descending. But he’s got a steely side and with the right motivation he can stay out of trouble and again this year’s route means he’ll lose time on Stage 11 but will hope for a stage win and more in the mountains. 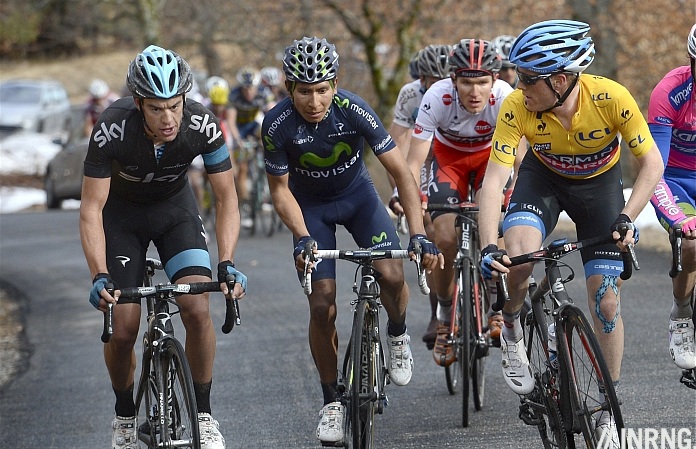 There are more than three candidates of course. Andrew Talansky (Garmin-Sharp) has shown he’s got what it takes. Ion Izaguirre is Euskatel-Euskadi’s rider. Romain Bardet (Ag2r La Mondiale) is a big talent but should on team duty albeit with a few cards to play. OPQS bring Michał Kwiatkowski who had been targeting the Tour of Poland with ambitions to tame both the Passo Pordoi and a 37km solo time trial and if he’s good enough for that, he could be in pole-position for white too.

The History…. and The Scary Stats
Introduced in 1975. As Wikipedia puts it “on four occasions a cyclist has won the young rider classification and the general classification in the same year — Fignon in 1983, Ullrich in 1997, Contador in 2007 and Schleck (retroactively) in 2010.” Worryingly if you strip out these precious winners only two other riders have won white and yellow during their career, Greg LeMond and Marco Pantani which suggests the white jersey winner is not the revelation might imagine. Certainly it can reveal talent at the highest level but there’s a surprisingly poor correlation between winning white and winning the Tour in subsequent years.

The Hierarchy of Jerseys
If we imagine a rider takes a lead in all competitions, which jersey does he wear? The yellow of course but here is the order in which ASO rank the jerseys:

This means a rider who leads the points and mountains competition would wear green whilst the best young rider leading the mountains competition would wear the polka dot jersey and so on. If a rider has two jerseys, one is given to the second-best rider in the competition to wear. They only wear it for the day and don’t get the podium ceremony nor a box of spare jerseys to give away. In the event that the world champion or national champion inherits a distinctive jersey of the Tour by default of second place in the competition they would not wear it because their champions jersey takes precedence.