An uphill time trial but one that’s not strictly mountainous as it features wide roads with a regular gradient and fresh tarmac.

Indeed today’s course offers the kind of certainty and mild weather that Giro organisers RCS crave ahead of the big mountain stages on Friday and Saturday which are threatened by poor weather.

Yesterday’s Stage: readers of these daily previews were not caught out but the final climb and narrow roads yesterday seemed to surprise others. With its one star rating and lone climb, many took it for a sprint stage but closer analysis revealed otherwise and we saw the proof on the climb to Crosara. OPQS set the pace and Cavendish was initially well-placed but the gradient was too much. Ahead Giovanni Visconti was the strongest rider, able to bridge across to the move up the road and then go solo. Behind the others could not organise the chase and the Italian kept on the power, presumably to the delight of Campagnolo who were celebrating their 80th anniversary.

It would be easier to cheer Visconti’s two stage wins if he wasn’t suspended last winter after documents were flushed out from the ongoing judicial investigation in Padua that linked him to Michele Ferrari. He denied doping, has every right to ride now and there’s no reason to suspect foul play in the Giro, indeed Cycling Weekly’s Gregor Brown wrote about this yesterday which is worth a read.

The Route: there’s not much to it. The start is novel with half a lap of the Velodrome in Mori before exiting into the town and starting the climb on the slopes of Monte Baldo in no time. The climb can be divided into three parts:

Journalist Guillaume Prébois has visited to check the route and his photos and videos speak for themselves.

The Scenario: the wide roads and regular gradients make this a course for those able to deploy their time trial skills uphill rather than the kind of terrain where mountain goats get to improvise. Holding an aero position matters because riders could be at 25km/h on the uphill sections. Above all experience in pacing is needed, to hold a steady rate all the way up and to sustain the power for the upper slopes.

It’s hard to see Vincenzo Nibali losing. He was fine in the long time trial but the Giro’s third week can throw up surprises. The GC is looking solid now with riders spaced by big intervals. Cadel Evans was fastest up the final hill that day so it’ll be interesting to watch him today. Even if Evans were to win today, it’s hard to see him making much of a dent into Nibali’s lead. But with the weather threatening the rest of the race today is the day for Nibali to win his stage on the way to winning the race overall.

Riders will set off at one minute intervals except for the final 15 riders who go every three. This matters because on a long climb a rider can see the man ahead and have a target to chase. But it means the riders in the top-10 won’t have this to aim for.

It’s hard to see less riders on GC surprising like Alex Dowsett did for the Stage 8 time trial. Still the likes of Ramunas Navardauskas (Garmin-Sharp), Kanstantsin Siutsou (Team Sky) could set early times to beat and Astana’s Tanel Kangert is riding very well although perhaps he needs to save his legs for the next two days? A mention of FDJ’s Francis Mourey, the cyclo-cross champ who could cope well with the intense effort and sits 22nd overall.

For everyone else this is a day off. Riders must meet the time cut to avoid being eliminated but pushing a big gear to the top is to invite sore legs ahead of the big mountain stages to come and many will try to conserve energy so they can cope with what is coming. In other words this is race for some but a tempo ride for most.

Weather: a light tailwind and some sunshine mean the forecast for today isn’t the story. Instead it’s the next two days in the mountains. Friday’s short but vertical trip over the Gavia and Stelvio is looking particularly threatened. Snow is forecast and even if the roads can be kept open, the prospect of descending in sub-zero temperatures could be too extreme. RCS race boss Mauro Vegni will be working overtime to make the race happen, it could be that we get the final climb only but this is not known for now.

TV: it’s not technical and watching riders pace themselves uphill whilst hidden behind large visors is not great TV. Nibali will be the last to leave at 4.33pm Euro time so tune in for the final 45 minutes to see how he fares.

History: Eddy Merckx won a road stage of the Giro in 1970 that, like today’s stage, finished in Polsa. It was the day he took the overall lead in the Italian race. 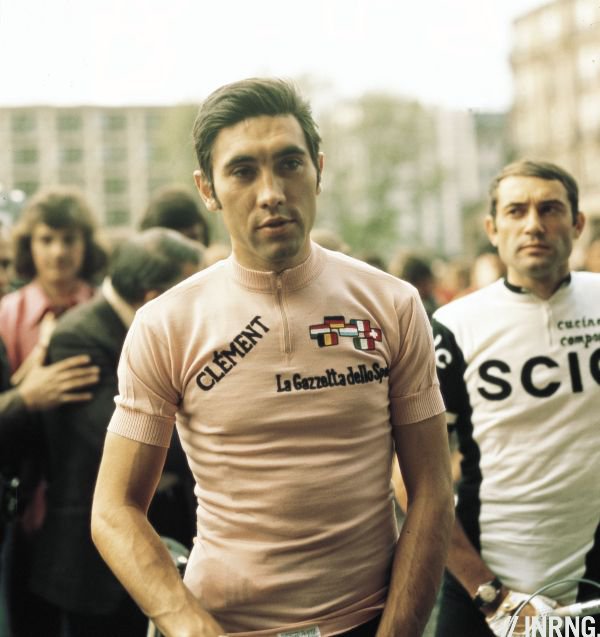 Previous post: Who Sets The Rules: MPCC vs UCI?