How does hotel look? Well it’s Garmin-Sharp’s place for the night during Paris-Nice and seems comfortable. But it’s nothing on what Lotto-Belisol and Team Saxo-Tinkoff have for the night…

That’s the Chateau Rochegude hotel in the south of France and even if the rider’s don’t get such a luxurious room for the night the place is pretty swanky. Spare a thought for Cofidis as the team is lodged overnight in one of the Ibis chain, within earshot of France’s A7 autoroute.

Michael Boogerd must be in need of a good night’s sleep because his media misery just want stop. The Dutchman’s become a case study in crisis management for all the wrong reasons. He had a long career with Rabobank and was a versatile rider most at ease when the road went uphill, like when he won the Amstel or stages in the Tour de France. But now his reputation is going downhill. His problem is that many in the Dutch media suspected he was doping for years and teased out the facts one by one, a bit like pulling out his teeth one by one.

Recently an invoice for “training plans” linking him to Stefan Matschiner’s Austrian doping ring surfaced and the other day Boogerd finally went on TV to confess to what everyone else in the kingdom knew. Only he said he normally rode the Tour de France clean and the doping was most often for other races and training. Which seems provocatively unbelievable and you suspect he’ll continue to be dogged by the story for a long time. It would all be much easier if he’d just confessed some time ago. But he’s been a TV pundit and a minor celebrity so his public profile and income was derived from his past performances so it’s been harder.

The Circuit de la Sarthe is looking at experimenting with teams of six riders. This idea will be trialled with the Eneco Tour and the Tour of Poland in the summer but the French stage race is planning to do the same in April. It’s all about making a race harder to control and it will be a good experiment.

Talking of the summer, the Tour de France might seem far away but a word on what you might be watching on TV in July. France Télévisions are planning to show the first three stages in Corsica live from start to finish. This is great news if you are involved in tourism in Corsica, assuming the sun is shining. But cycling fans get a treat no matter what the weather with the full broadcasts. Often the first hour of racing can be packed with action and here viewers won’t miss a trick. 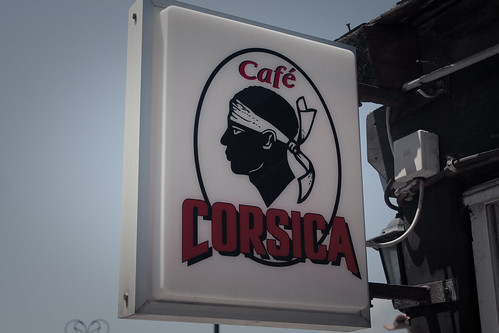 Corsica has a dark side too. Whilst everyone is thinking of the sunshine, the roads and the shimmering seas it’s worth noting the island is Europe’s murder capital. Last year there were 20 assassinations done by local Corsican mafia, a sum I believe greater than all of Italy, with its variety of mafiosi, combined. There’s no danger for the race nor even tourists, although some homes owned by mainland French can get blown up from time to time. A race cannot visit a region in isolation.

Finally a mention of the inrng tumblr blog. I sometimes put photos and short news items on there. If you’re a regular reader here don’t feel the need to read it too as it’s more the place for odd images and stuff that doesn’t make it here; a visual equivalent of these “shorts” if you like. More at inrng.tumblr.com