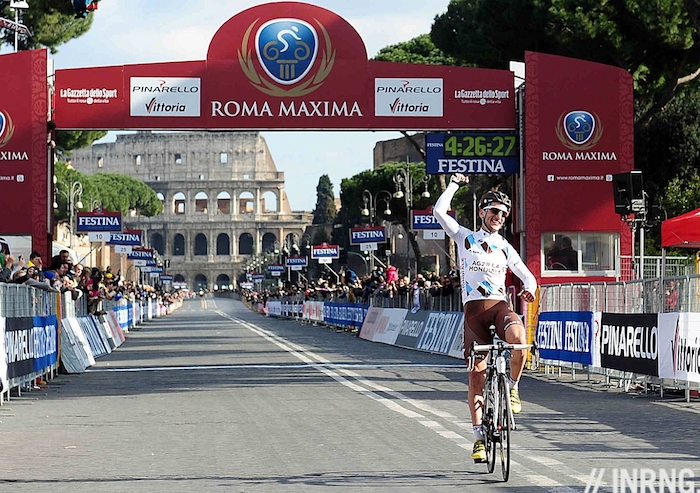 Blel Kadri’s win on Sunday certainly Filippo Pozzato by surprise. The Italian triumphantly threw his arms up in the air only to discover that Kadri had crossed the line 37 seconds earlier. It wasn’t just Pozzato who was confused, sections of the Italian media and fans in general were wondering who he is. After the race his name was spelled incorrectly and even the well-informed Eurosport podcast seemed to call him “Gadri” in their latest episode.

But in fact he’s a rider who’s long due a big win and if there’s none of the star factor of Moreno Moser, there’s a very different family tale.

This blog’s been going for almost three years now and from the early days there’s been a draft piece on Kadri, waiting to be pulled out of the folder on the day he wins big. Only it’s taken a long time, I’ve expected him to win a stage of the Tour de France or something similar by now.

Amateur
Born in Bordeaux, he grew up in Toulouse, another city in the south-west of France. He’s got three brothers, curiously two pairs of twins, all raised by their mother alone according an interview with French website Media Pitchounes. He tried other sports but liked cycling more than anything else. His mother would ban him from cycling if he got bad results at school and when the holidays came she said Blel had to take his bike above everything else.

He first appeared on the media radar in 2002 when he won the Vélo D’Or Cadet prize from Vélo Magazine as France’s best U-16 rider. This marked the start of a long and gradual progression via amateur racing, international appearances to the pro ranks with some impressive results but also some lows, like the 2007 U-23 World Championships when he was sprinting for the win but tangled with Martin Kohler and crashed in sight of the finish line. Peter Velits won that day. He found time to get a university diploma too. Much of this was under the direction of Michel Puntous, a coach nicknamed “The Russian” because of his Stakhanovite training methods but he’s made a name for himself getting several riders into the pro ranks from Romain Sicard to Nicolas Portal, now a Sky DS.

The Pro
Since turning pro he’s been with Ag2r La Mondiale all the time. Often in breakaways but without many results. A stage win in the Route du Sud stage race in 2010 in the Pyrenees not far from his home. 2011 didn’t bring results but saw him rack up plenty of points after eighth place overall in the Tour Down Under, 15th in Paris-Nice, 10th in the Volta a Catalunya, second in the Circuit de la Sarthe, fourth in the Bayern-Rundfahrt. 2012 was saw him crash out of Paris-Nice with a fractured skull and if he rode the Tour and Vuelta later in the year, still no result. 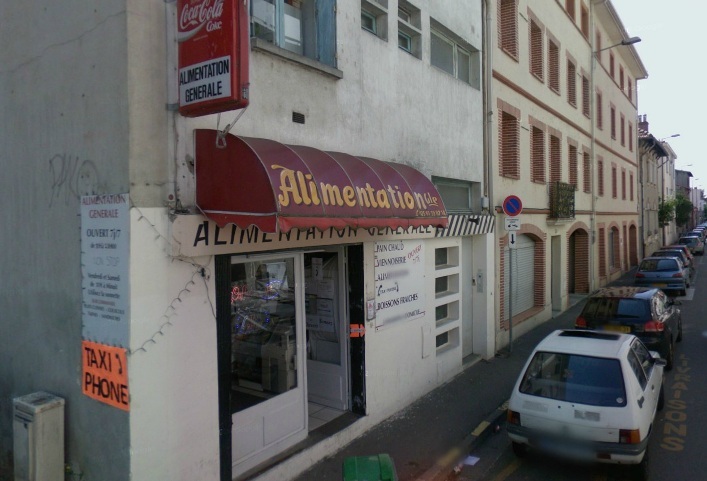 From Home to Rome
His mother, Setti, runs a modest grocery store in Toulouse. I suppose if she worked in a factory, office or lab then the media could not doorstep her so easily but it’s meant the local newspaper La Dépêche has run articles about Kadri with reference to his mother and the shop, often with Setti Kadri smiling behind the shop counter (here and here).

The shop’s provided the family with an income but it’s also proved risky for Kadri’s climbing abilities with snacks sitting on the shelves. Madame Kadri recounts how the young Blel would return home from training and head to the sofa to watch the Tour de France on TV, detouring via the shop’s shelves to grab two bags of chips and some Camembert cheese as afternoon snack. She ended up changing the layout of the shop as the chips where right by the door to their apartment and since was too easy for him to grab them, she put books in their place. These days his mother has put a TV on the counter to watch him race.

Newspaper reports tell of a shy kid who spends time repairing the bikes of others in his quartier to keep them on the road. And as endearing as tales of his mother and shopkeeping can he, hopefully now he’ll be known as the rider who won the Roma Maxima. 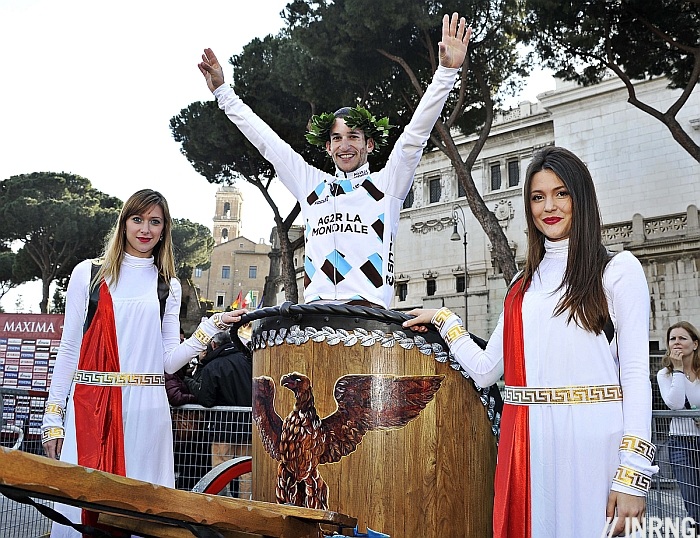