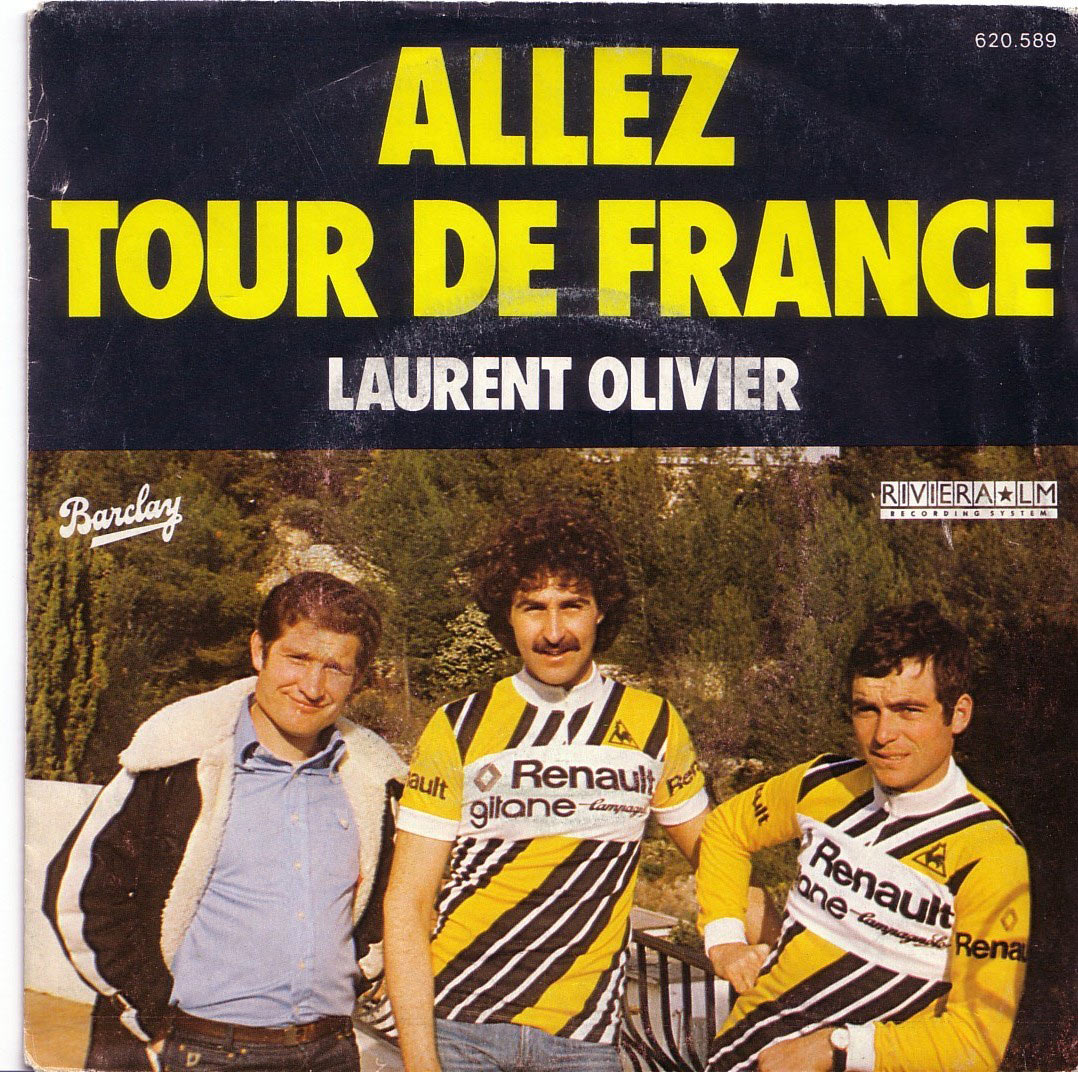 Bradley Wiggins is reaching audiences well beyond the circle of pro cycling with his guitar performances. For years he would take a guitar from race to race and now the effort looks worthwhile.

But he’s not the only Tour de France winner to get musical. The image above is a record sleeve with with five times Tour winner Bernard Hinault in a relaxed lean on the right of the image. Laurent Olivier is the “musician,” a term that merits quotation marks as you will discover below. Renault team manager Cyrille Guimard stands on the left.

Guimard is one of the sport’s best managers with a track record of success, innovation and more. Indeed Hinault might be the reigning Tour de France champion when the record was made in 1980 but the song is called La Bande à Guimard or “Guimard’s band.” It would be like making a track today called “Brailsford’s Bunch” and only letting Wiggins pose on the album artwork. Still, play the music for yourself and maybe Hinault was pleased to reduce his links to the track?

Guimard didn’t revel in the moment either. Interviewed by Le Parisien he said:

I don’t know how the idea came about… All I know is that it brought us nothing: neither popularity nor money. I never met the guy who made the record and he probably made some cash thanks to us. Back then it was fashionable to make records with famous sportsmen. Frankly it’s no masterpiece, more a caricature, something for folklore.

You can read the French lyrics over at bide-et-musique.com.