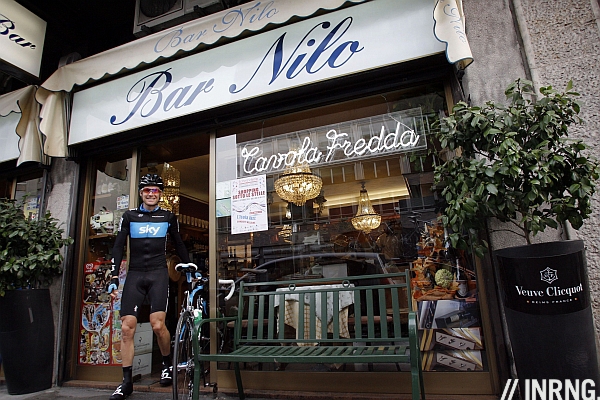 A piece by Cyclingtips discussed the rise and fall of café culture in Melbourne, Australia. There the café is a big part in the local cycling scene, a destination for many rides. Similarly Matt Seaton writes the of “mysterious affinity between cafes, coffee and cycling” in Britain.

If coffee, cafés, cakes and cycling often go together they rarely connect in Europe. In countries like Italy, Belgium or France, a coffee is consumed quickly and a café stop rarely features on the ride, if it does it is usually incidental.

The café is a feature of almost every European town and even village. In Paris there are some cafés that attract tourists because of their reputation and in some Italian cities you’ll pay €10 for an espresso should you sit in a famous square in Venice, Rome or Siena, in effect you’re not paying for a coffee but renting real estate, namely the seat and the view. But cycling is not usually about visiting historic squares and the sport is often close to its rural roots in Italy. Visit the village café and it’s €1.

France has many cafés and the majority feel like they’ve seen better days. Worn plastic seats, faded decor and a dusty interior can lend a kind of charm but often it feels like you’re stepping back 20 years in time when you step inside the majority of rural cafés. Certainly modernity is rare, you’re more likely to find one of those old TVs with a wooden surround than Wif although there are plenty of modern examples that are a hub for local life too. 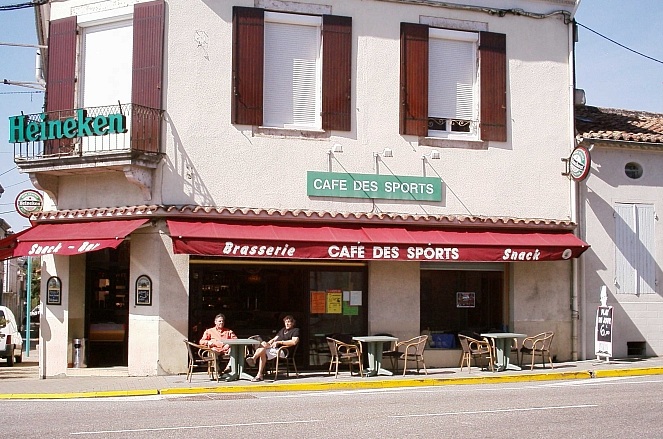 The Café Des Sports
There are many “sports cafés” in France, often founded by someone with an interest in sports and you will find sports shown on TV or maybe a row of trophies behind the bar, perhaps won by the owner or maybe the glory of a local sports team. Followers of the Tour de France might remember the green jersey is backed by PMU, a French gambling company. For years it was the state-owned monopoly provider and today it has terminals all over France in cafés where you can place your bets, normally on the horses but you can try cycling during the big races too. 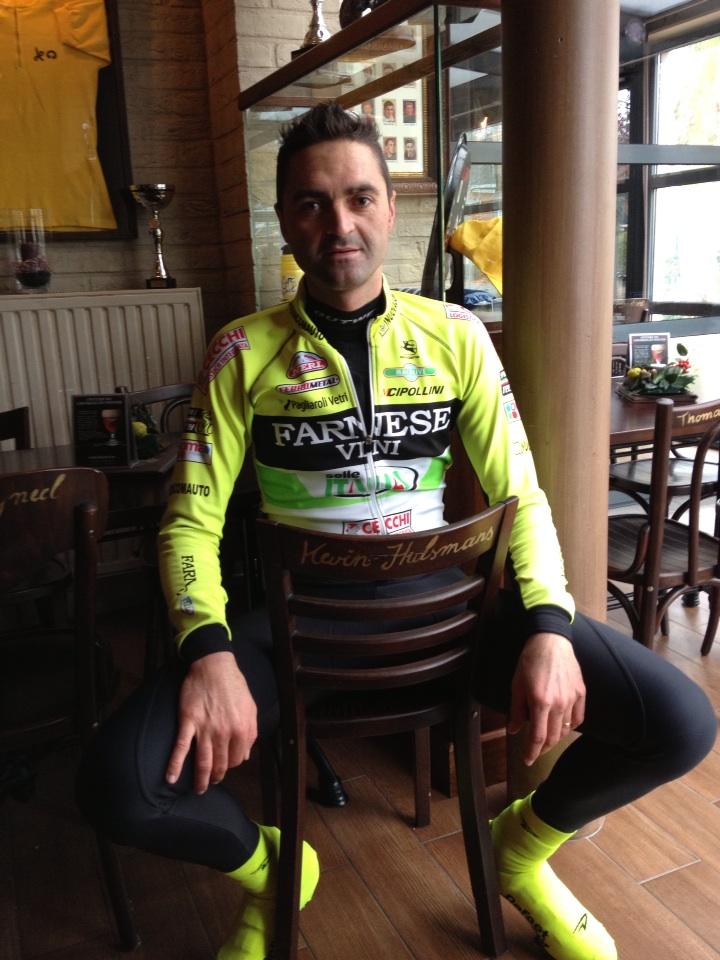 Chairman Hulsmans. Spot the yellow jersey on the wall.

It’s different in Belgium
No country in the world comes close to Belgium for pro cycling support and culture and in particular the Flanders area. Here ex-riders have become barmen and opened their own establishments, decorating the walls with memorabilia. These are not solely for cyclists though, just a part of local scene where locals meet and riders might visit at the end of a training ride.

Trivia
Café is French for coffee but these days sales of tea outstrip coffee sales in France. A brasserie means a brewery but these days almost nobody makes beer on site except or a handful of microbreweries. But the cyclist will sit outside anyway and it’s here that you get a good vantage point to observe village life.

What to drink
It depends on the country. In Belgium you might want something warm like a hot chocolate accompanied by the gauffre or waffle. In Italy the coffee is king but you can sometimes pay a premium to sit down, most espressos are consumed standing up at the counter. In France the coffee often is not as good as Italy but still offers a hit for caffeine fiends.

For me the best thing is the free newspapers. Pick the right place and you’ll find L’Equipe or La Gazzetta available for customers to read, a chance to catch up on the latest sports news. If the place is upmarket the newspaper will come on a stick.

Coffee, good or bad for you?
Caffeine helps as a stimulant and has secondary benefits, apparently it boosts the ability to burn fat. But too much coffee brings obvious symptoms like high blood pressure and the shakes. But it has lesser-known effects like excessive loss of minerals like potassium and calcium which are essential for the cyclist. In a word: moderation.

Conclusion
Coffee is something that’s important to many cyclists but especially those outside Europe where it is ritual with its own rites, see the Rapha Espresso Tamper which is so Euro yet at the same time I’m sure sales of this tool are slow in Italy.

Beyond the drink, the café as a coffee shop is a hub of local life across much of Europe but rarely a destination for cyclists unlike, say, Australia where the coffee stop is a fixture of many group rides. But it can be good to stop, a chance to get a drink and survey the local life as well as read the newspaper.