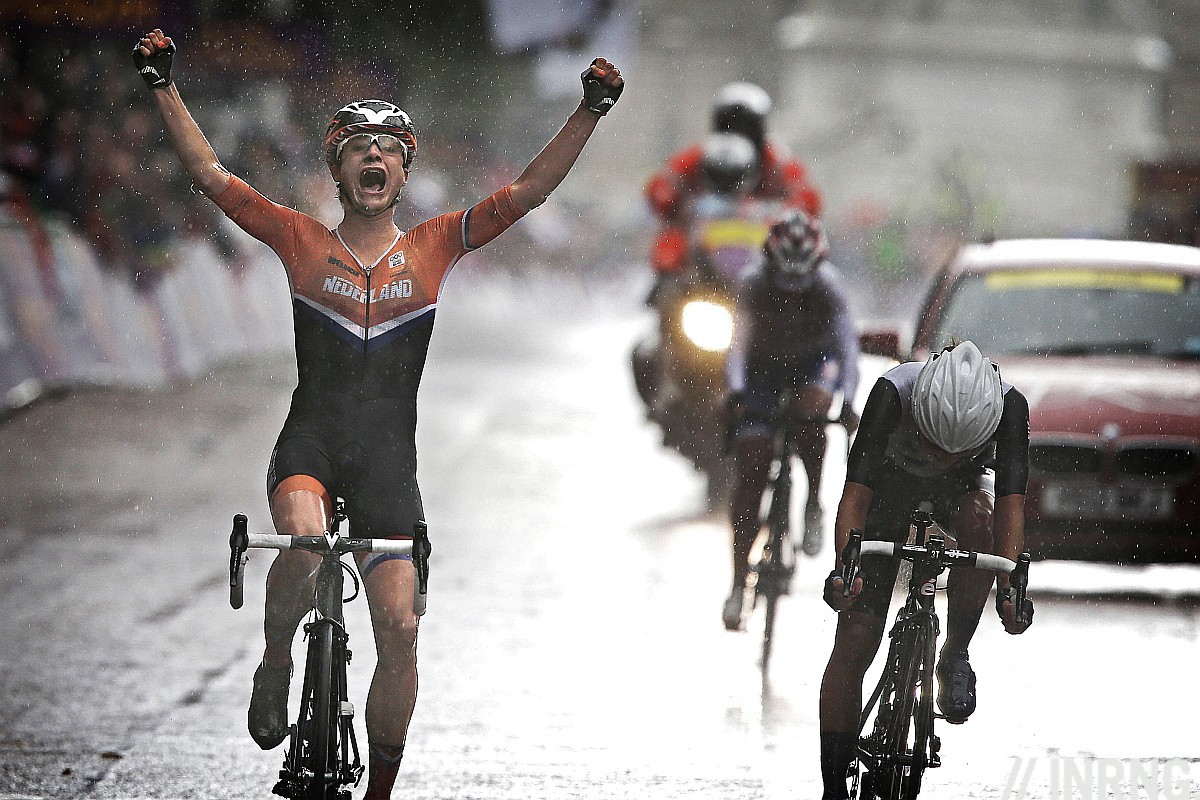 Russia’s Olga Zabelinskaya launched the winning move, exploiting an awkward section of the Box Hill circuit that also saw the winning break form in the men’s road race. Zabelinskaya was joined by Vos, the USA’s Shelley Olds and Lizzie Armitstead of Britain. The four got a gap and quickly turned into a meaningful escape although the lead reached 20 seconds, 22 seconds and slowly crept up but they never got a comfortable margin. Disaster struck for Shelley Olds when she punctured. A good sprinter she could have challenged Vos but fate decided otherwise. This left a trio, each was certain of a medal if they could stay away and stay upright but the time gap was slim for a long time providing suspense as rain poured down. Vos won in a good sprint, Zabelinskaya had been working hard and was outmanoeuvred and Armitstead, well it wasn’t her year. Vos finally landed the big won she’d been targetting and later won the Worlds at home in the Netherlands.

In a way hindsight doesn’t do this race any good, it was all about the moment. The suspense of the breakaway versus the bunch, the darkness and the downpour. Even the poor television production added to the tension as viewers did not get regular updates on the time gaps or the distance remaining which added to the uncertainty.