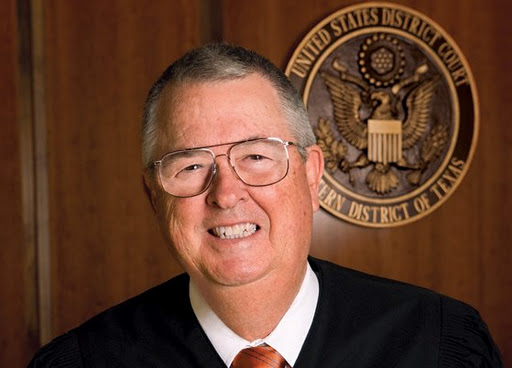 Lance Armstrong’s lawsuit has been dismissed by a judge in Texas. The case saw Lance Armstrong challenge the US Anti-Doping Agency, claiming they could not have jurisdiction over him and therefore any case against him was invalid.

Judge Sam Sparks ruled that whilst USADA’s charging letter was “woefully inadequate”, there was sufficient grounds to expect a just arbitration hearing given the arbitration panel would follow a due process and besides, Armstrong can always appeal there verdict to the Court of Arbitration for Sport.

I don’t want to give a running commentary of this case as it’s seemingly never-ending saga. But today is the equivalent of a mountain stage in the stage race that is the USADA investigation and so it’s worth checking the standings.

Today’s verdict in one sentence
The USADA arbitration procedure is not unconstitutional as the process will provide Armstrong with more information on what he is charged with in due course and then it will allow him to plead his case, debate the process and should a verdict be reached, there is scope for further appeal.

What it means for Armstrong
It’s another legal setback for Lance Armstrong but in reality it’s merely a hit to his image, nothing more with the judge saying if he’s innocent then he’s got little to fear in an arbitration hearing. If anything his lawyers come out of this the worse, picking fights they weren’t going to win and seemingly making some mistakes along the way.

What else does it mean?
It’s a blow for the UCI. The President has been squabbling with USADA over who has jurisdiction and now a Texas court has said USADA can oversee the case. Clearly an international governing body in Switzerland isn’t subject to US law but this marks a setback because the judge has reviewed the relationships between USADA, US Cycling and the US Olympic Committee. The judge also states Armstrong has, in the past, signed up to the USADA rules so they can be applied.

As mystifying as USADA’s election to proceed at this date and in this manner may be it is equally perplexing that these three national and international bodies are apparently unable to work together to accomplish their shared goal the regulation and promotion of cycling. However, if these bodies wish to damage the image of their sport through bitter infighting they will have to do so without the involvement of the United States courts

The judge made the particular point of lamenting how “international bodies are apparently unable to work together” adding the US courts cannot be dragged into this “infighting” as the quote above shows. He also doesn’t spare USADA of criticism, deploring their paperwork and raising wider questions, stating “USADA’s conduct raises serious questions about whether its real interest in charging Armstrong is to combat doping or if it is acting according to less noble motives“.

What next?
The next point on the calendar is 23 August, the date by which Lance Armstrong must decide whether to go to arbitration. If he goes ahead then we can expect a hearing in November… but this date could slip. If he rejects the arbitration then USADA can move, if it wishes, to sanction him.

If Lance Armstrong is no longer an active person in pro cycling, the UCI most certainly is. It will come under extra pressure now to bow to WADA. Indeed the UCI – as distinct from its President – must decide which side it wants to be on. Will it now move to offer full support to USADA or will it continue with the blocking tactics? The stakes are high with the IOC watching. Indeed it seems there could be some movement, in a  short press and sensible release cycling’s governing body said “the UCI notes that according to the US Court an arbitration proceedings should meet its concerns“.

Summary
Normally a US court has nothing to do with pro cycling. In fact that’s the point of Judge Spark’s ruling today. The judge writes with clarity and a direct manner. His message is that everyone should place their faith and efforts in the procedures and measures available under sports… at least until due process is exhausted. This has little to do with US law.

Nobody comes out of this looking good. USADA gets criticism, Armstrong’s lawyers are mocked, the governing bodies and agencies are “infighting” instead of promoting the sport. He’s right.

If today was a mountain stage USADA pulled out a small lead although it hasn’t ridden with style. But if its paperwork and procedures need fixing, this can be done. By contrast UCI and Lance Armstrong could find it harder to fix things and will continue to be worried about the arbitration hearing.

Previous post: A Long Hot Day – Racing in a Heatwave